There is virtually no information available about French illustrator Pierre Brun (who is not to be confused with earlier artist Jean-Baptiste Pierre Le Brun, though he may have been related to him). This is one of a handful of works I could find attributed to him, and the only one that really fit the Pigtails theme. It comes from the French art and style magazine Revue des Arts Décoratifs, though I couldn’t tell you which issue or page. Otherwise I might be able to find a better copy of it elsewhere. But this one isn’t bad.  After a bit of cleaning up, that is. It definitely fits into the Art Nouveau mode and was a practice example of a border illustration such as was often found in books of the late nineteenth and early twentieth centuries. 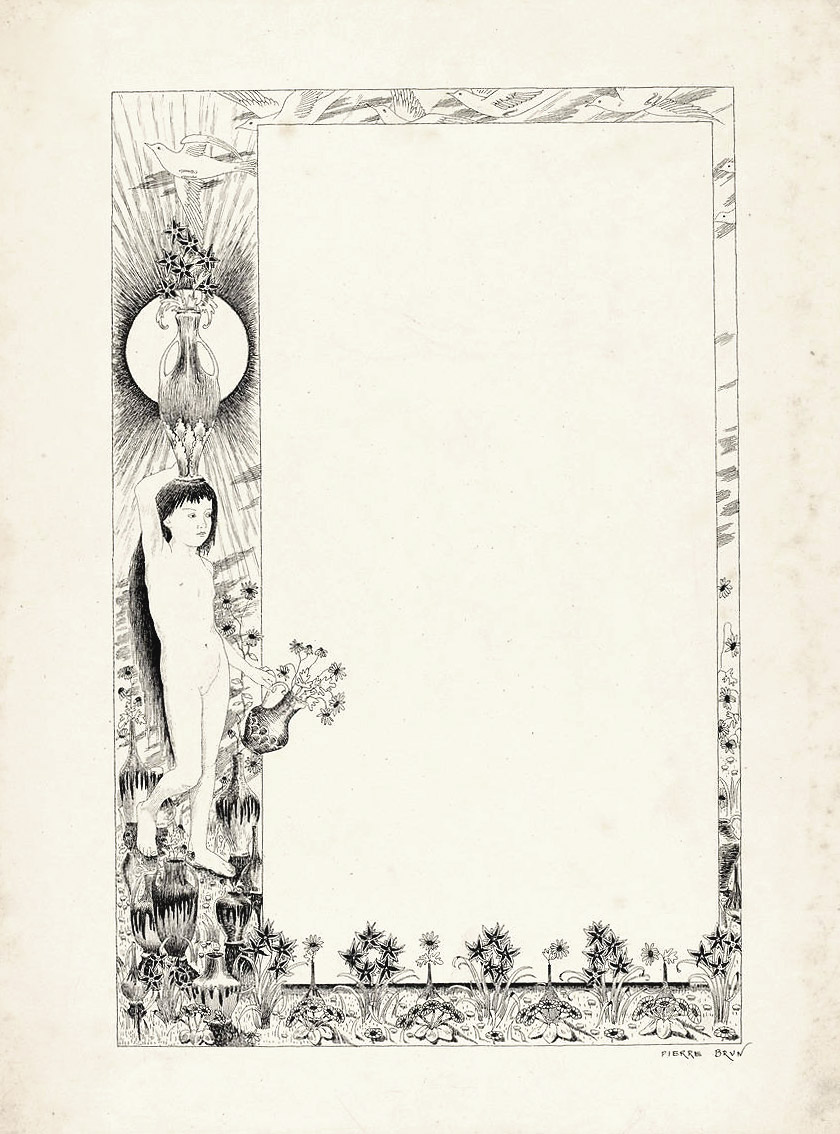