One of the many delightful things about visiting Graham Ovenden every year is that I sometimes get to meet some of his engaging friends. I had hoped that Graham Arnold (1932–2019) would be among them one day. He, along with Ovenden and a tightly-knit group of artists, established themselves as The Ruralists. Unfortunately, Mr. Arnold passed away a couple of months ago so now we can only offer some of the work of an artist who brought the world his crisp and distinct style. Whenever Arnold did depict the figures of girls in his paintings, they were usually adolescents or young women, but there were a few exceptions. 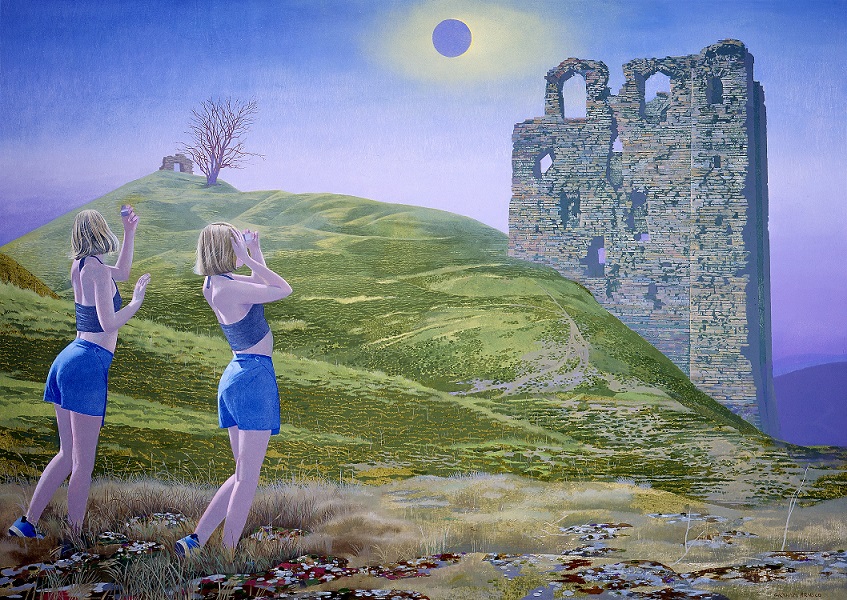 Amongst the numerous Ruralist exhibitions that featured the work of Graham Arnold was one that played on the theme of Lewis Carroll’s Alice.‭ ‬We display two of his works here,‭ ‬devoted to this subject,‭ ‬which shows the beauty and individuality of Arnold’s vision.‭ ‬These works were not only shown in a number of museums in Great Britain but also,‭ ‬to great acclaim,‭ ‬in Tokyo,‭ ‬Japan. -Graham Ovenden, 2019

Dream Child is a depiction of Alice as she falls down the Rabbit Hole.‭ ‬The design is a homage to the great Renaissance painter Piero della Francesca who was deeply loved by Arnold. 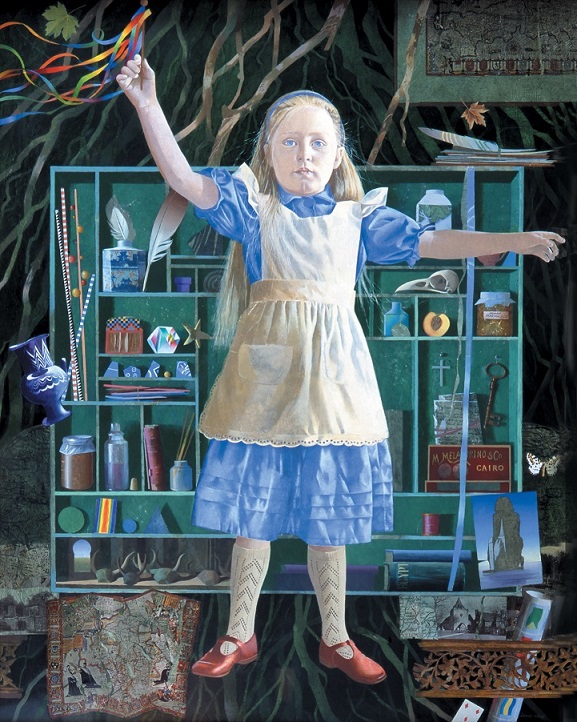 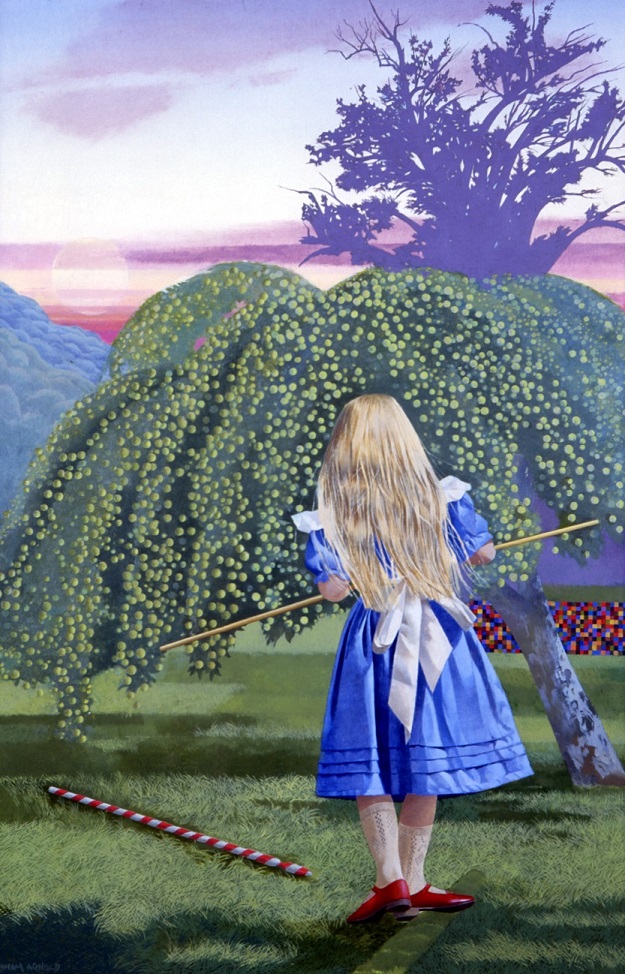 Arnold’s knowledge of music was more than considerable and in many respects the motif of youthful feminine beauty,‭ ‬which is apparent in many of his paintings and collages,‭ ‬are the creation of a mind in harmonic unity with its chosen subject.‭ ‬This is a quality also found in his paintings of‭ ‬still life,‭ ‬which like his numerous collages place him at the fore of twentieth century innovation, but one unpolluted by the morés and fashions of modernism. -Graham Ovenden, 2019

Garden Box is an example of Arnold’s mastery in the art of collage.‭ Included among the i‬mages is a photographic portrait by Ron Oliver. 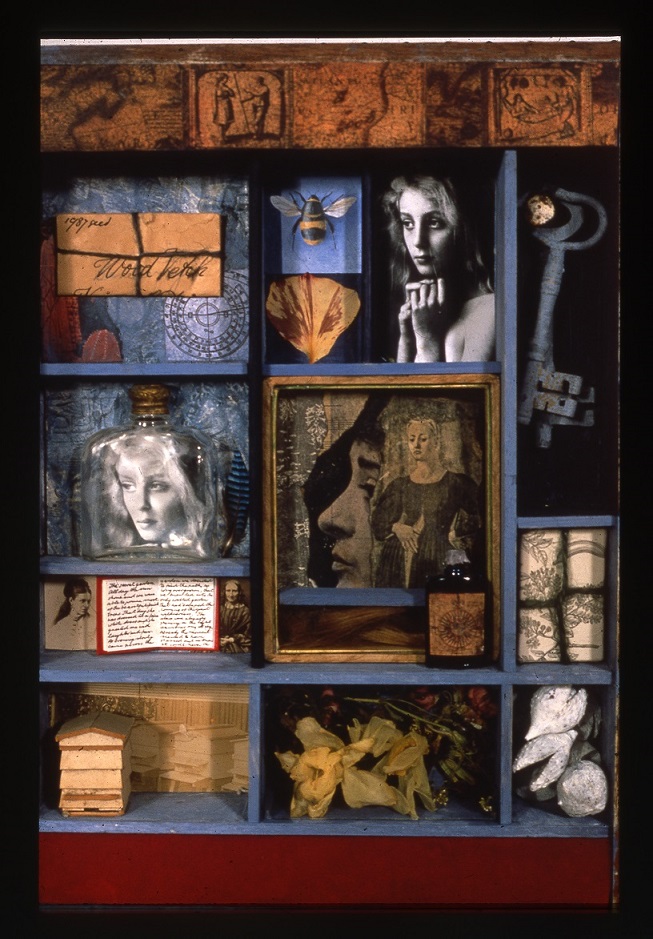 In an effort to coordinate their efforts, The Ruralists would agree upon particular themes and prepare works of art concurrently with that theme as in Lewis Carroll’s Alice above. Another such subject was that of Ophelia. 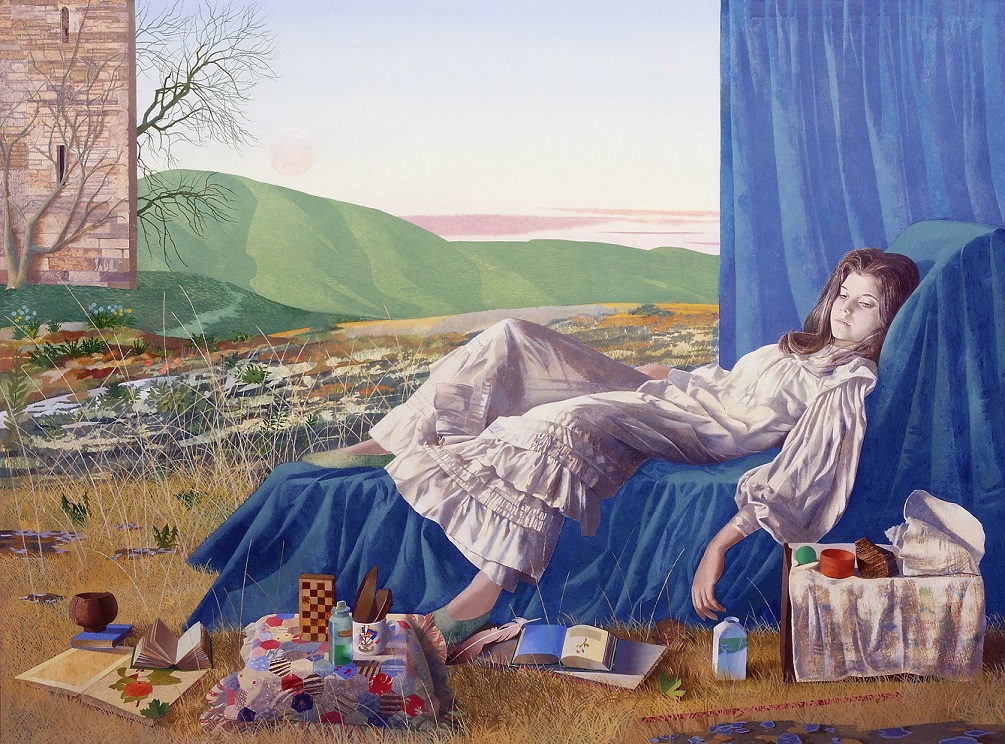 A few complimentary overviews of Arnold’s work were published after his passing. Take a look here and here.

Thanks go to Graham Ovenden for his rapid preparation of background materials so that we may share this small taste of Mr. Arnold’s legacy in a timely fashion. Currently in production is a considerable volume of Graham Arnold’s life work to be published by Garage Press. It will include written commentary made by the artist himself as well as a foreword by Jerrold Northrop Moore.