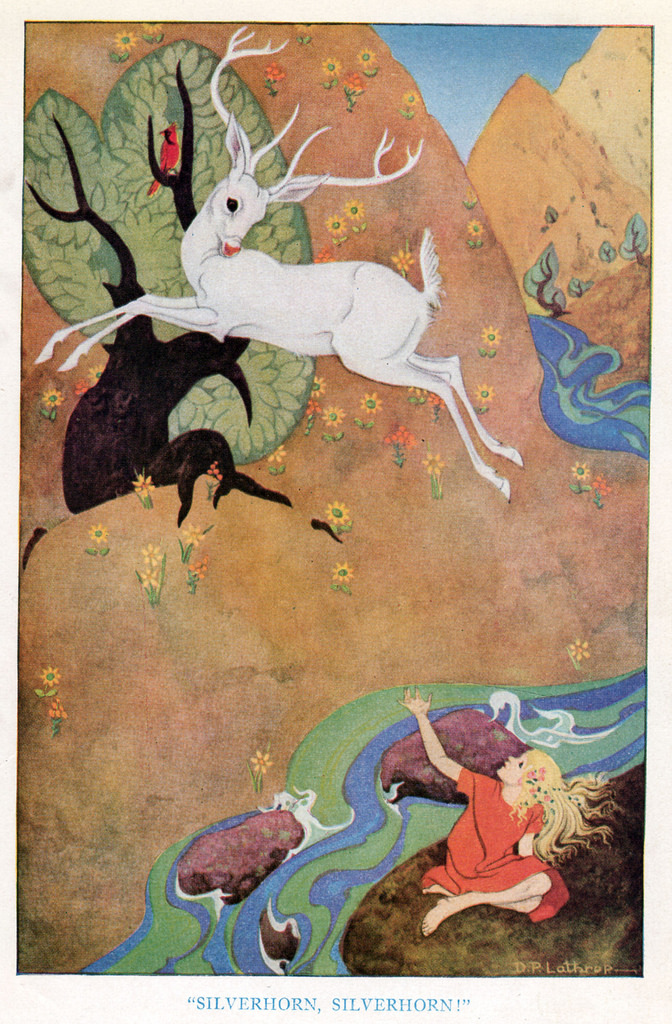 The American child poet Hilda Conkling (1910–1986) started composing poetry at the age of four. She did not write down her poems herself, but she recited them to her mother, who wrote them down in the moment or from memory later, and would then read the lines back to her. As Hilda grew up, her mother stopped copying her poems down, so she made fewer and fewer poems, and by the time she was in high school, she had stopped creating them altogether.

Two original collections of her poetry were published as books, first Poems by a Little Girl in 1920, when she was just ten, then Shoes of the Wind in 1922. Both have been digitised and can be found on Internet Archive, and the first one has been transcribed on Fullbooks.com and Project Gutenberg.

In 1924 appeared a third volume, which consisted of a selection of poems from the previous two; it was titled Silverhorn (after one of its poems), and subtitled The Hilda Conkling Book For Other Children. For someone like me who has read her first two collections, the interest of this third book resides essentially in the illustrations by Dorothy Pulis Lathrop (1891–1980), an American artist who had a long career illustrating children’s books, and also writing a few ones herself.

Unfortunately, I found no digitisation of Silverhorn on the web, in particular it is not available on Internet Archive. Moreover, the only good quality large size image of the illustrations which I could find is the frontispiece image, shown above. Therefore I had to digitise further illustrations from my own copy of the book. As it is thick with a hard cover, the folding of pages near the rim caused artifacts: the border of some images were sometimes darkened or geometrically distorted. Fortunately, Pip helped me by enhancing the contrast of the images, giving thus an uniform background.

I present here nine drawings by Dorothy Lathrop, in the order of appearance in the book. The titles given for them are those of the poems that they illustrate. 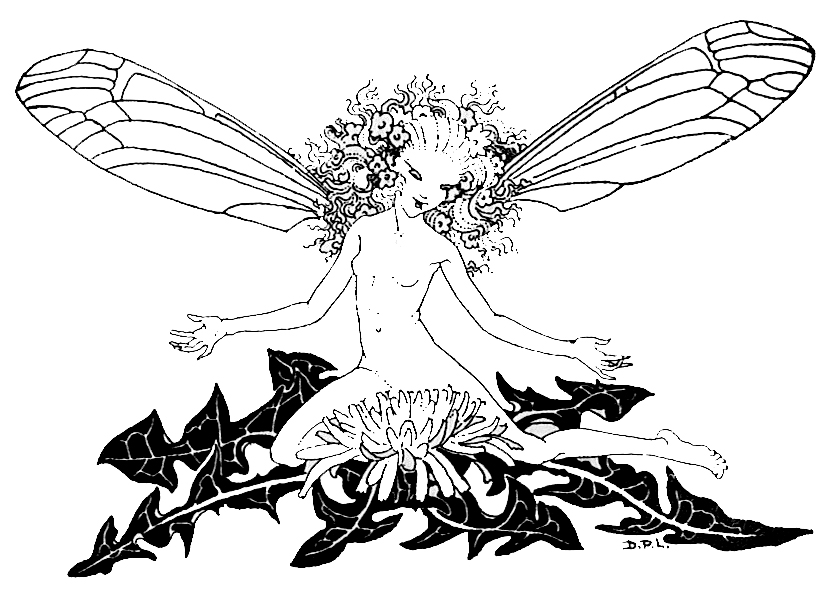 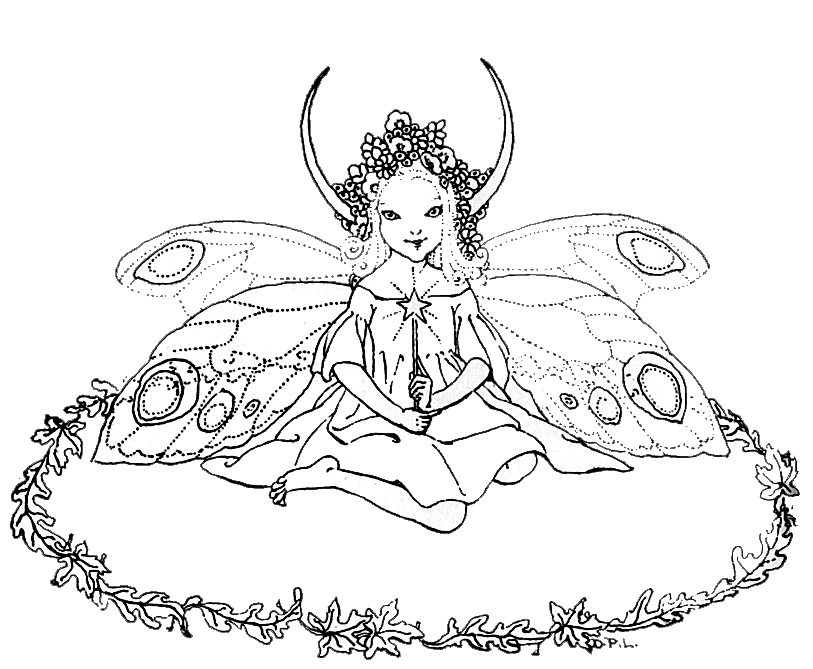 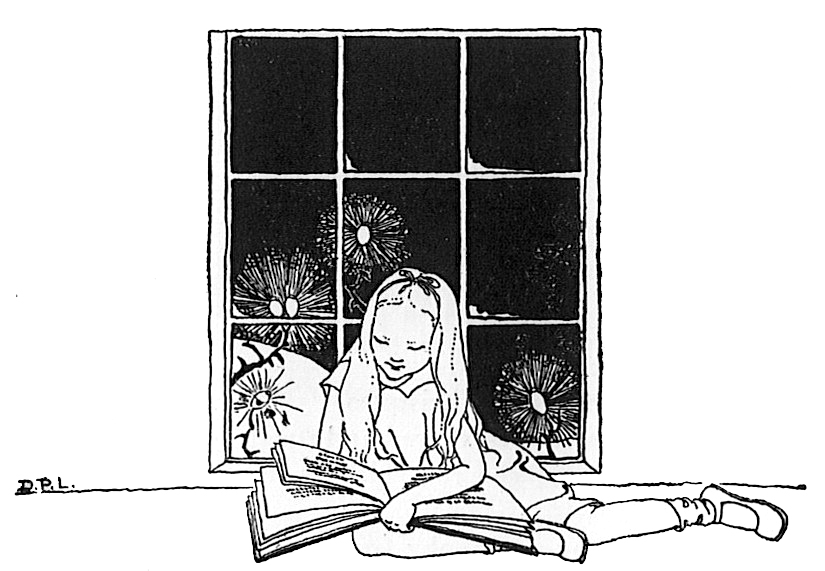 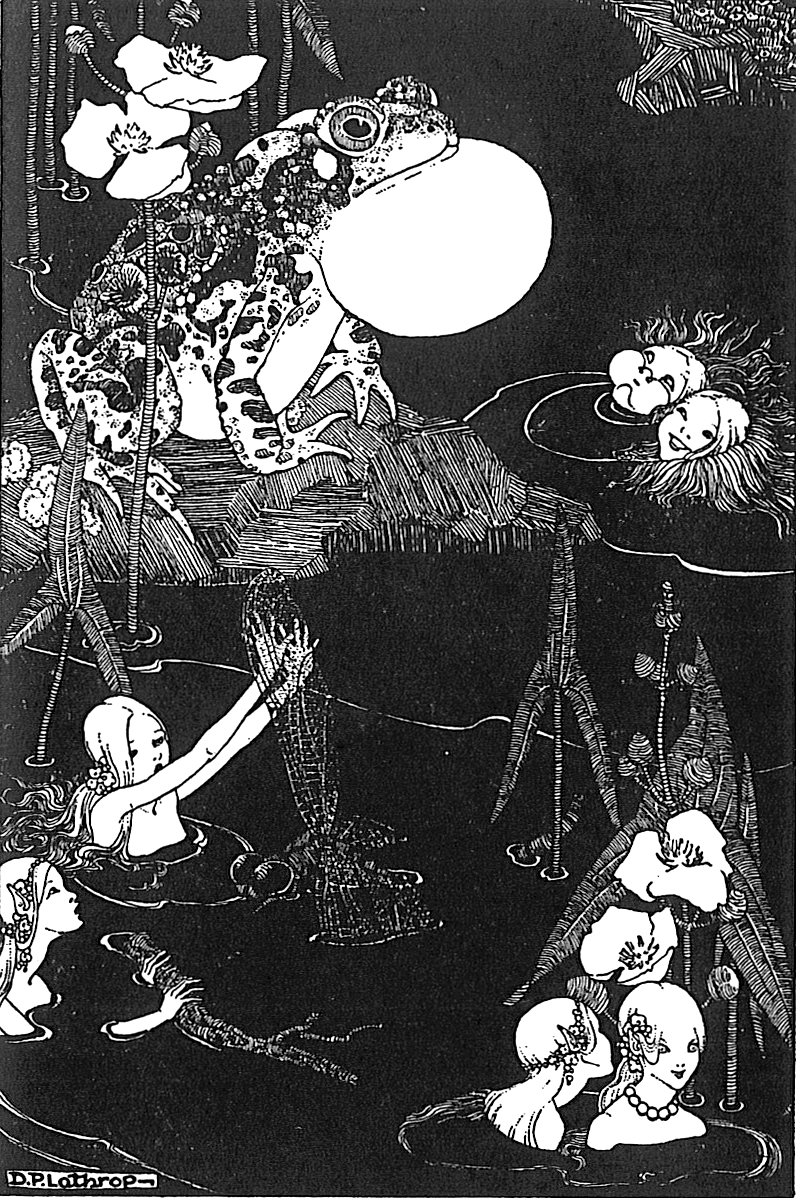 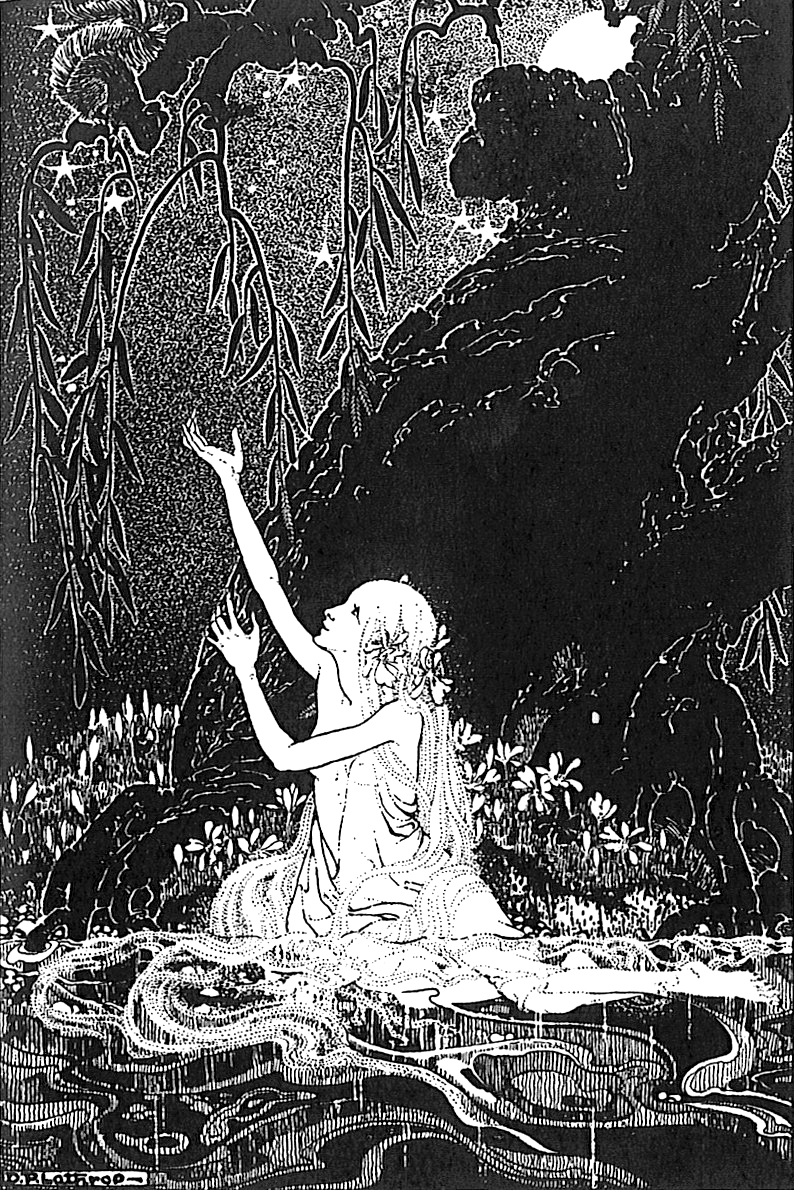 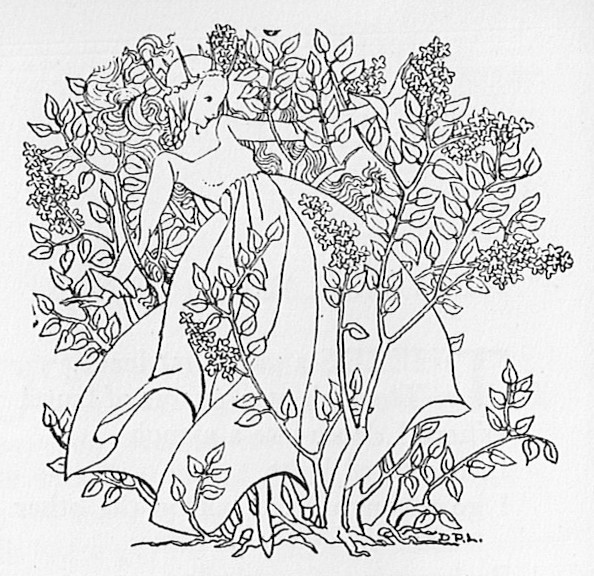 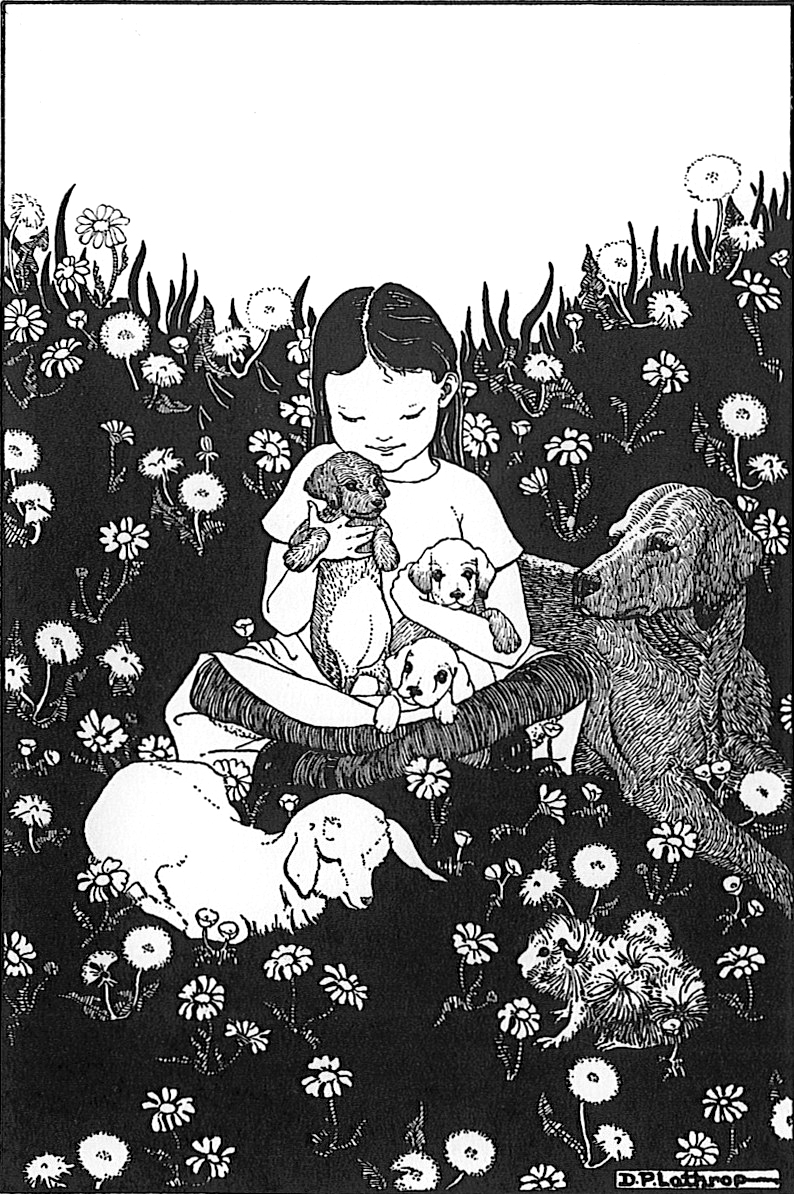 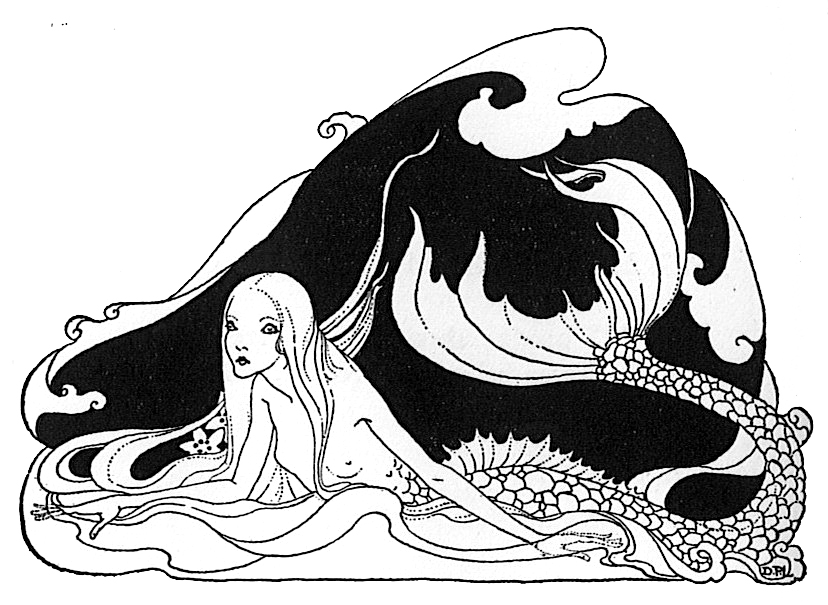 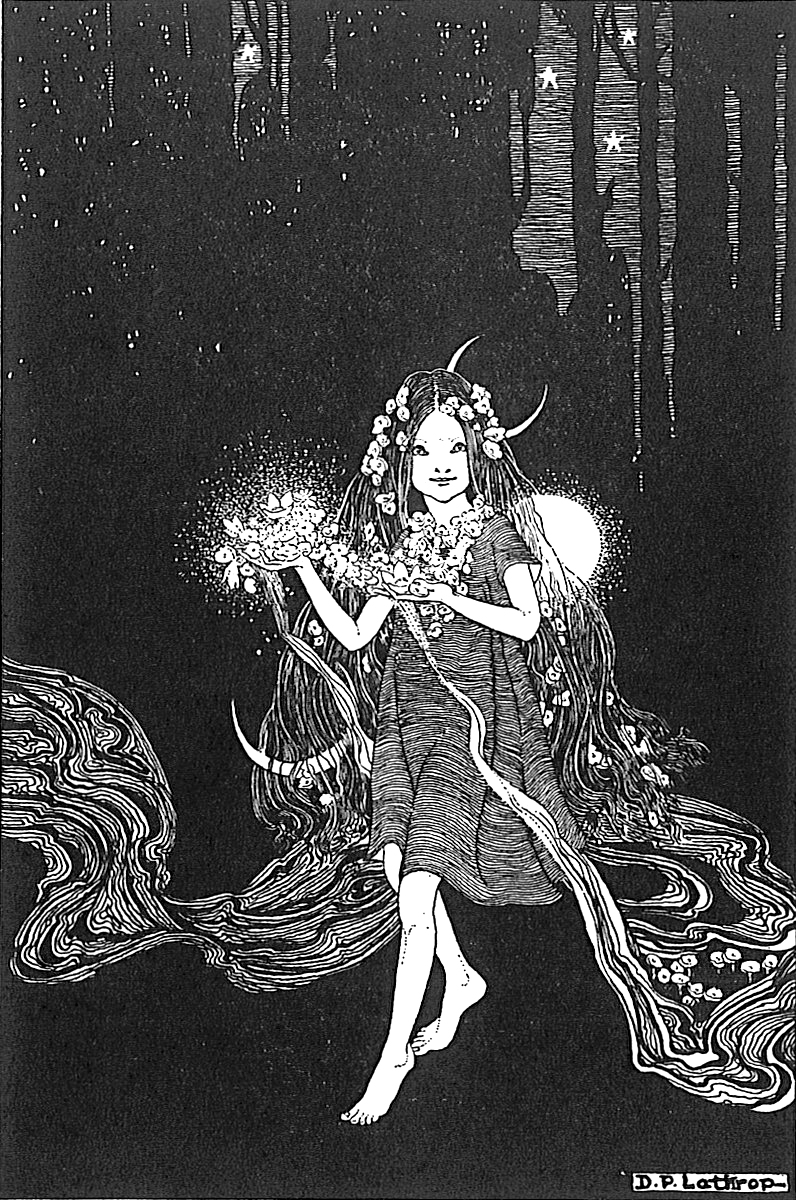 Several short poems in Shoes of the Wind look like aphorisms and are suited to artistic compositions. Gale Blair at Paper Whimsy hosted several art challenges, providing participants with collage sheets and poems by Hilda Conkling. I found two creations for the March 2009 challenge based on the poem “Moss” and the colour green. First, the beautiful work of Patty Szymkowicz shown on her blog Magpie’s Nest. I have here reduced the size of the two images (see here and here for the original sizes). 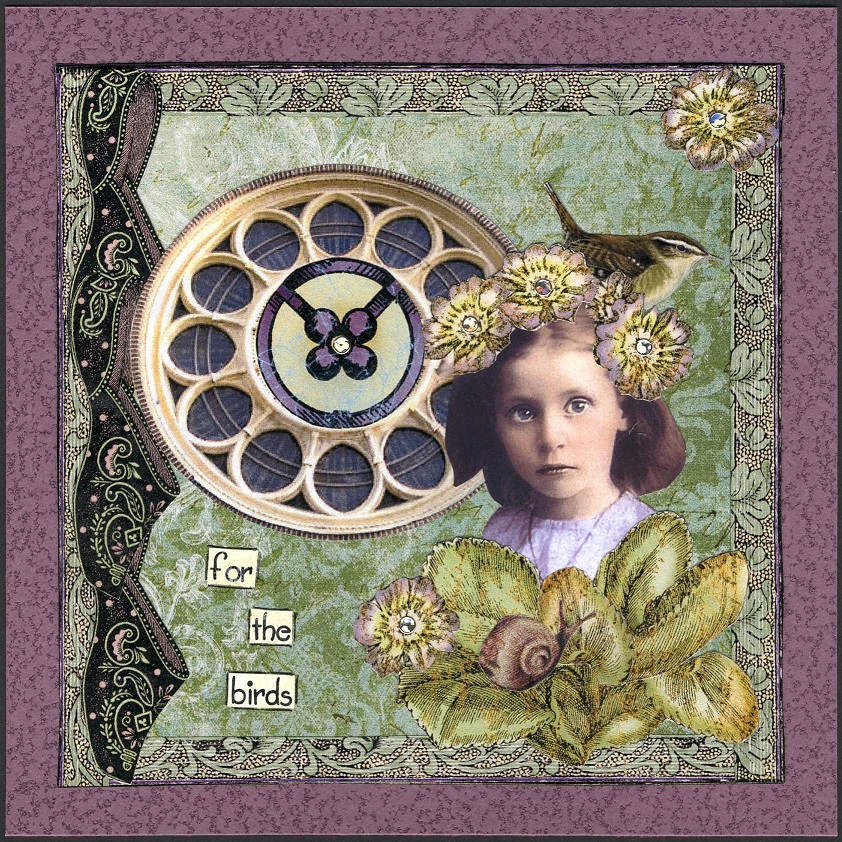 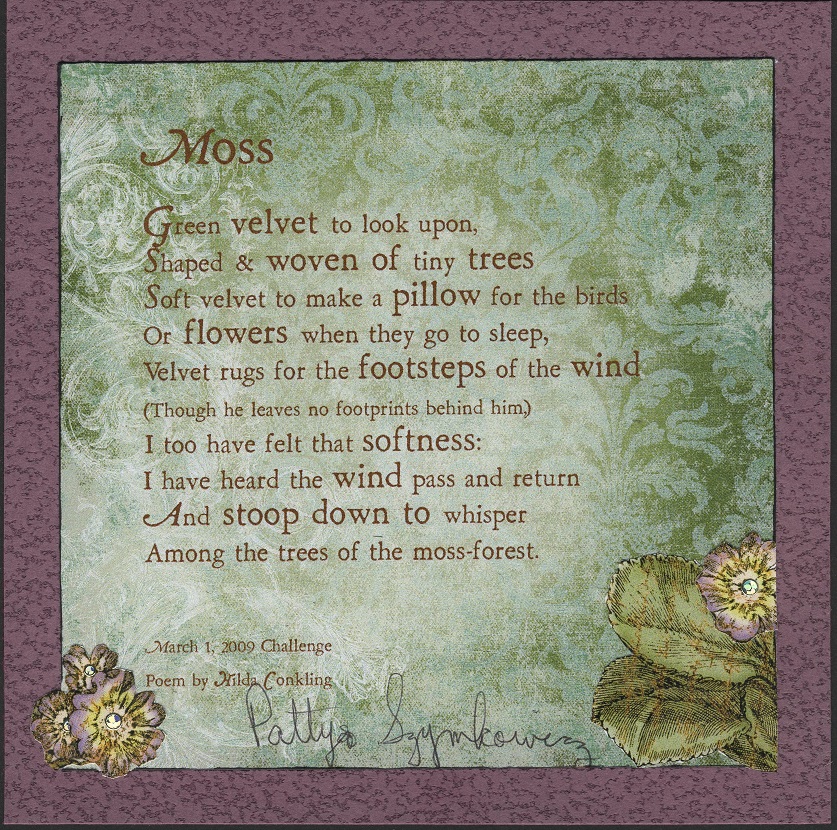 Next, I show the contribution of Carol Stocker, from her blog Spirit’s Journey Designs:

These two artists also responded to the challenge of February 2009, based on the poem “The Key to My Mind” and the colour blue. I do not show them here, as I find the one by Carol Stocker less beautiful, while the one by Patty Szymkowicz shows only the front, and in a small size.

Creating collages combining beautiful short poems with paintings, drawings and photographs, seems a fruitful avenue in art. For instance, Graham Ovenden made such compositions with his own poetry and visual art, see for instance “From Waterside Memories” in his blog. I wish that more people would make such visual compositions with poems written by girl poets such as Hilda Conkling, Nathalia Crane or Minou Drouet.