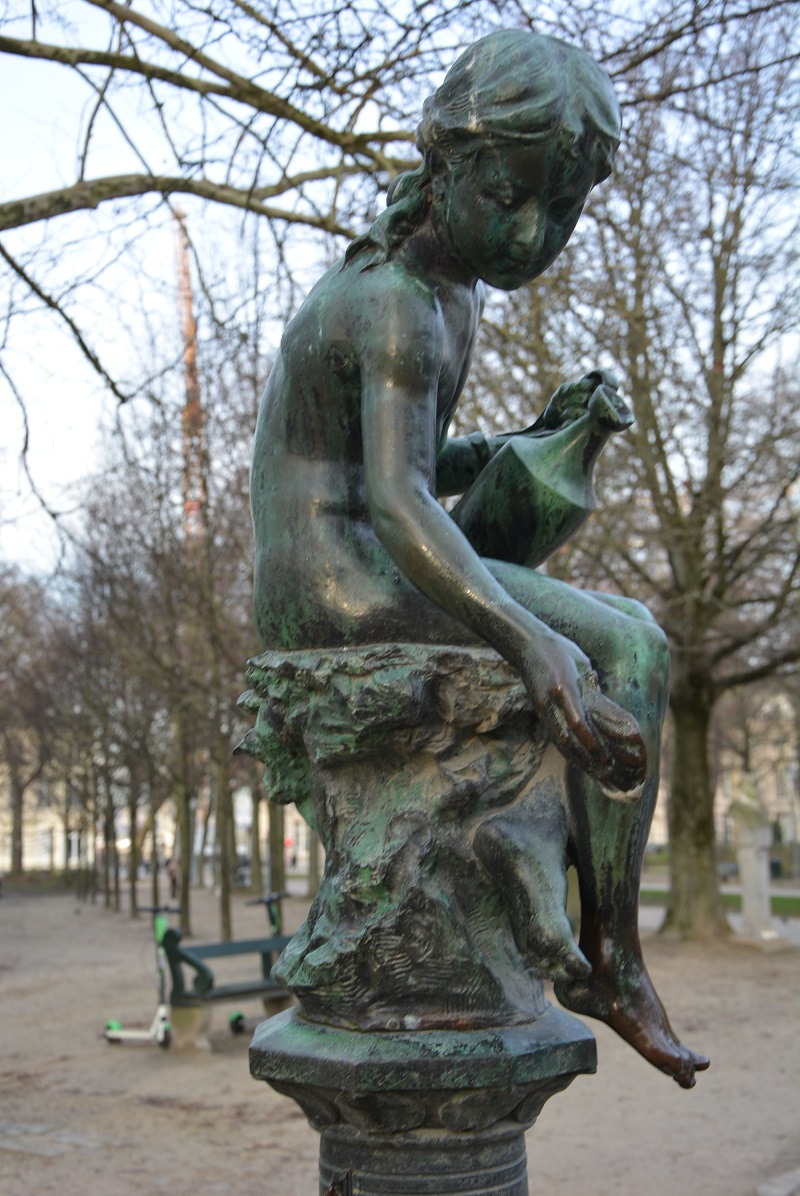 Between Christmas and the New Year I spent a few days in Brussels to see my family and settle some personal matter. In the remaining time I visited some interesting places, such as the Belgian Comic Strip Center or, for earthly pleasures, the Maison Antoine in Place Jourdan, reputed to serve the best Belgian fries in town—or even in the world if one believes the New York Times. I also went to see some statues of little girls.

Most people associate Brussels with the famous Manneken Pis, the 400-year-old statue of a little urinating boy, whose derived products fill tourist shops. Lesser known is his little sister Jeanneke Pis, a half-metre-high bronze statue located in Impasse de la Fidélité/Getrouwheidsgang (Fidelity Alley). It was sculpted by Denis-Adrien Debouvrie in 1985 and erected in 1987. It is usually locked behind red bars, so to photograph it I had to put the camera’s lens between two bars. I show first a picture taken without a flash:

Taking a photograph with a flash highlights the bronze colour:

Following the name of the street where the statue lies, the legend says that it symbolises fidelity, so people throw coins in the basin under the pedestal in order to prove their commitment to their loved one.

I went then to the Brussels Park in order to photograph the statue La Fillette à la Coquille (The Little Girl with the Shell) by Alphonse de Tombay. It was sculpted in 1898, then placed in 1901 on the top of a small column above a fountain designed to allow children to drink. Small bronze rings can still be seen near the top of the column, they held drinking cups. Now no water flows anymore from that fountain. 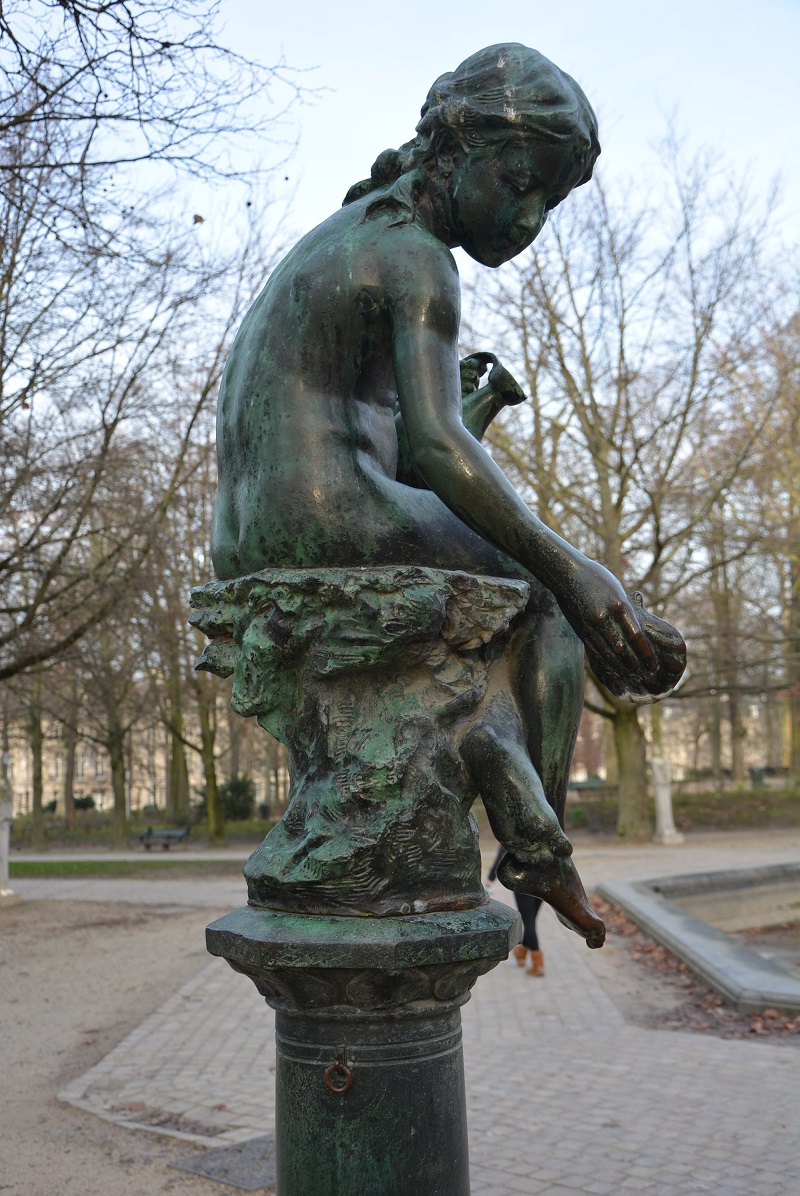 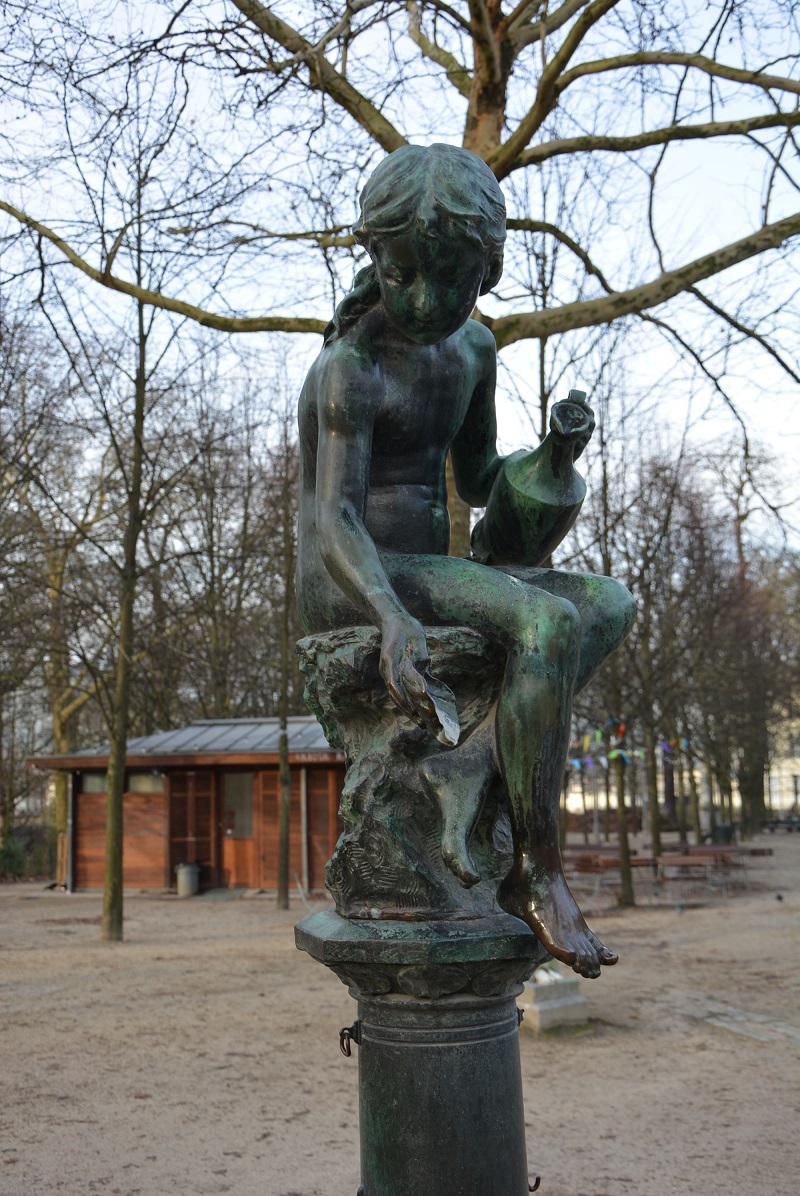 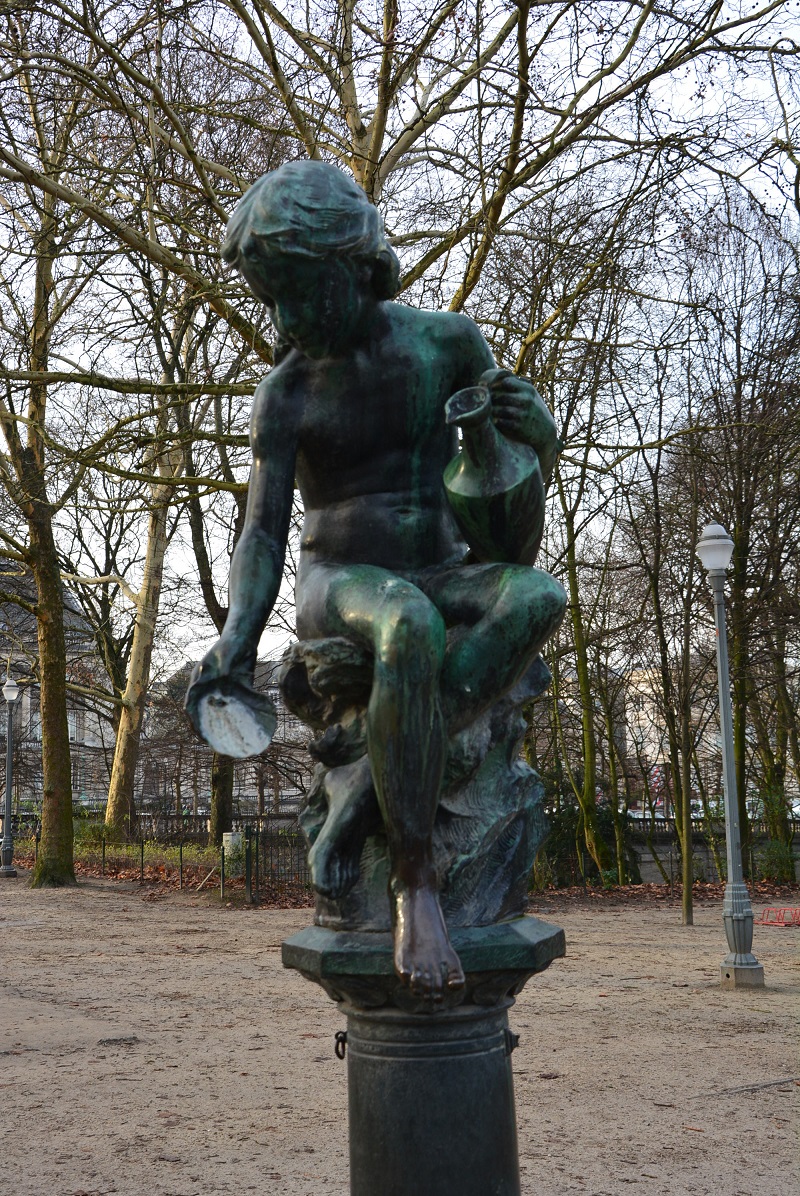 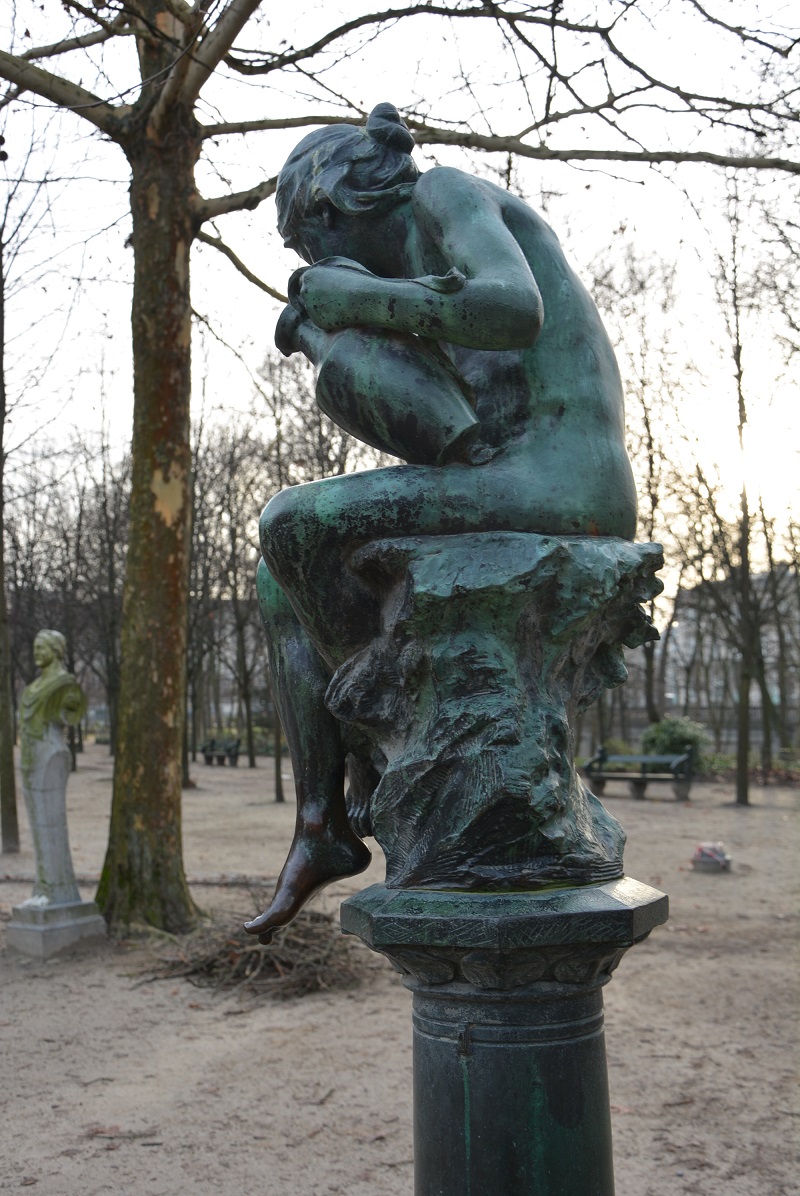 A beautiful photograph of that statue, taken in a sunnier time of the year, can be found on Wikimedia Commons. An alchemical interpretation (in French) of the park and of the statue can be found here.

5 thoughts on “End of Year in Brussels”