In the third part of our Sublimated Sexuality in Modern Surrealist Girl Art series (Parts 1 and 2 are here and here, respectively), we’re taking a look at three more identifying characteristics of this kind of art.  We’ll number them nine through eleven. Let’s get right to it.

9) The presence of creepy, exotic or overly cute animals – This element stands in contrast to more straightforward images of kids and animals together, which tend mainly to feature commonly domesticated beasts like horses and dogs.  Frequently these animals become metaphors for or pointers to, if not direct participants in, youthful sexuality.  There are a number of ways we can read this, and not all of these images are based on the same motivation, but I think it’s safe to say that the main idea here is tying child sexuality to something disgusting and inhuman.  The important takeaway, however, is that such artworks do not ultimately deny the existence of child sexuality; they simply seek to oppose it by associating it with the vulgar and off-putting parts of nature, the critters that horrify and disgust us.

Notice that the walking stick is dangling from the girl’s unusually red and fleshy lips. Subtle, no? 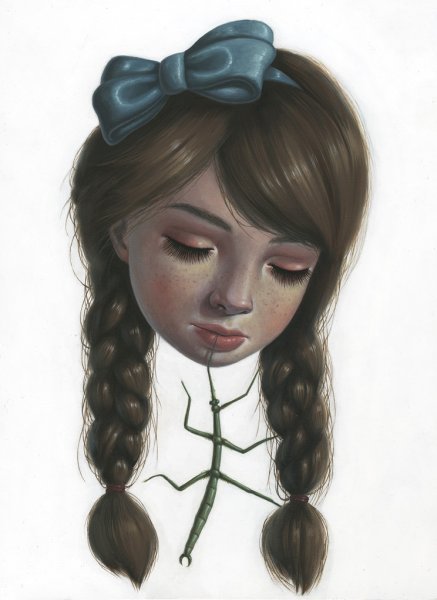 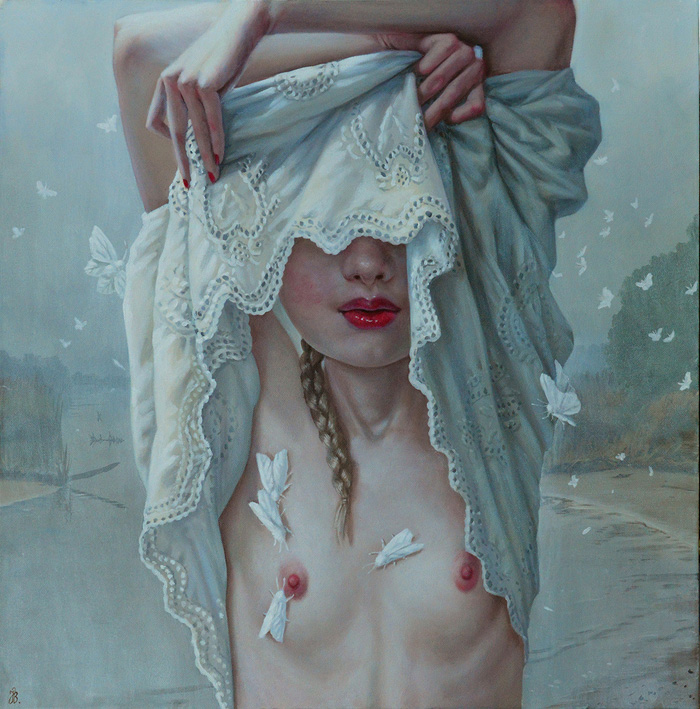 Jana Brike – I Am Your Moonlight and Flower Garden

Take note of the serpent in the background here, very much reminiscent of a certain devious tempter in a certain garden. If the crocodile devours her vine-like tears, do they then become crocodile tears? Don’t feel sorry for this little fairy. She’s deceiving you. 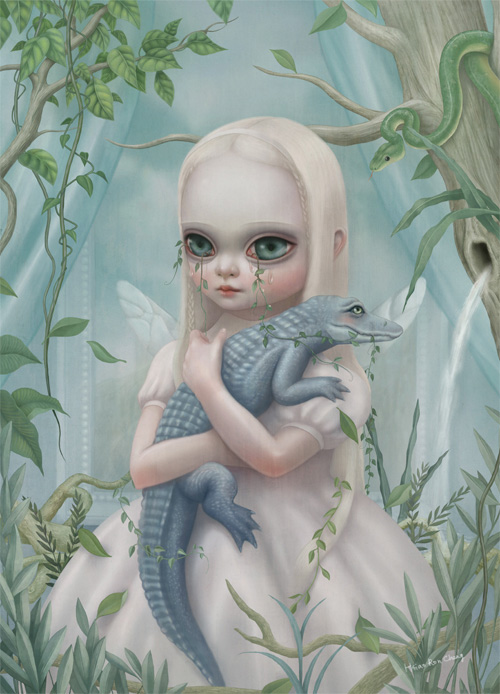 Nothing at all Freudian about this image, right? 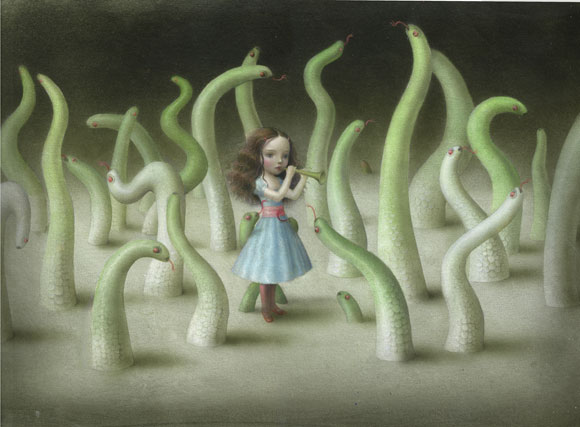 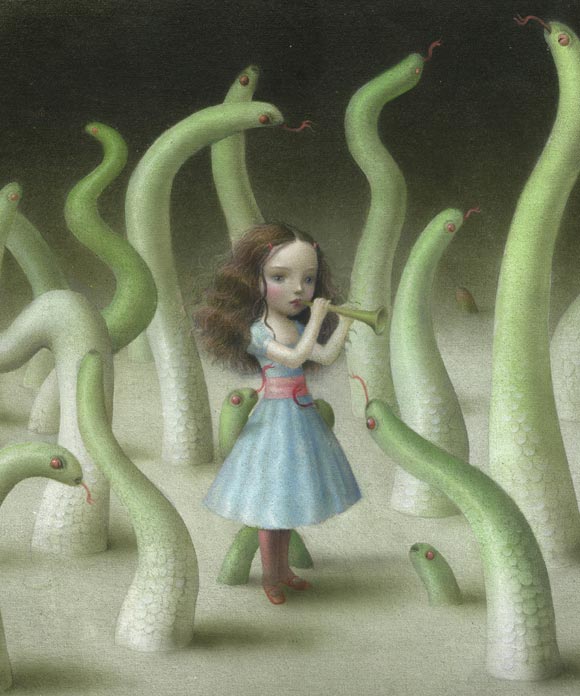 Fish and other slimy sea creatures appear often in these artworks. I propose they are both a sign of corrupted (and corrupting) femininity and a symbol of the subconscious mind, which generally manifests in this work as murky water. But we’ll get to that in time. 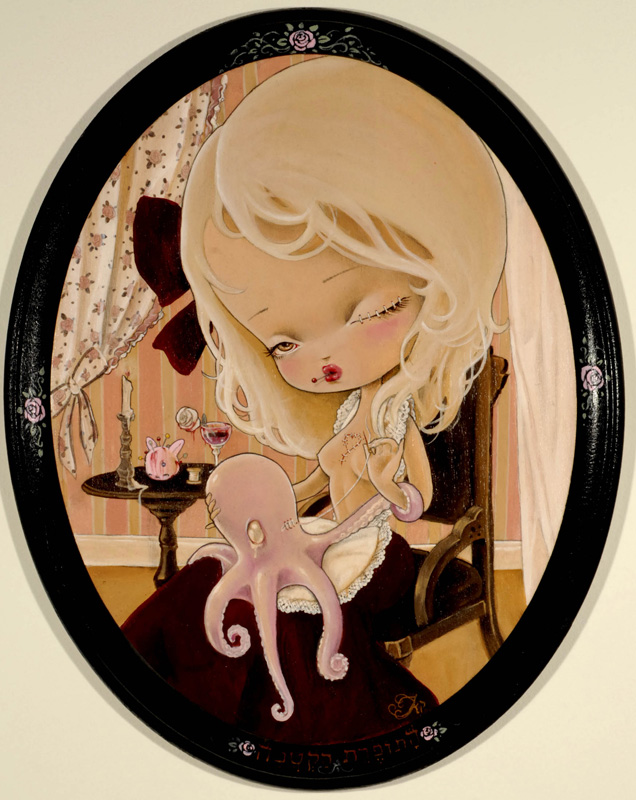 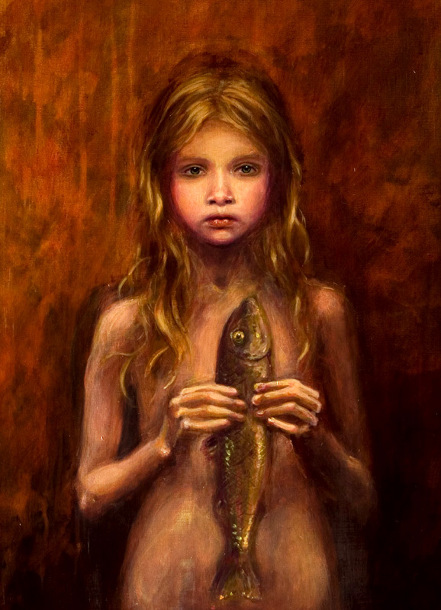 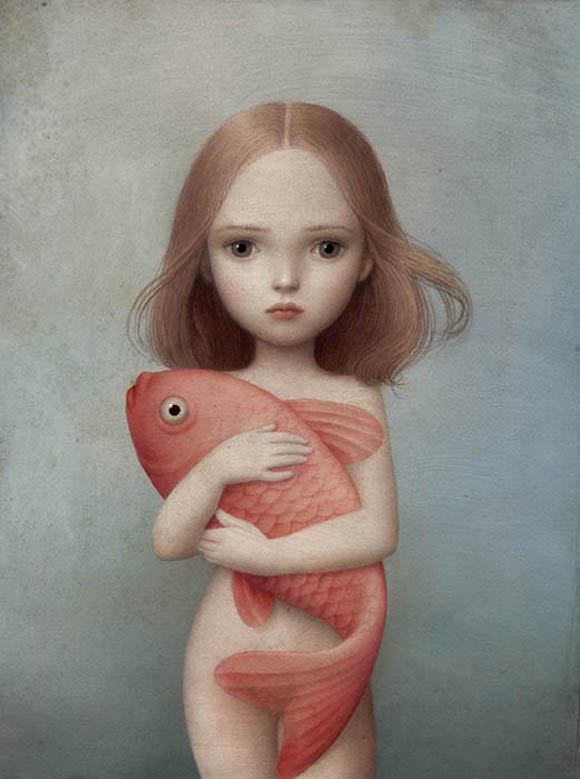 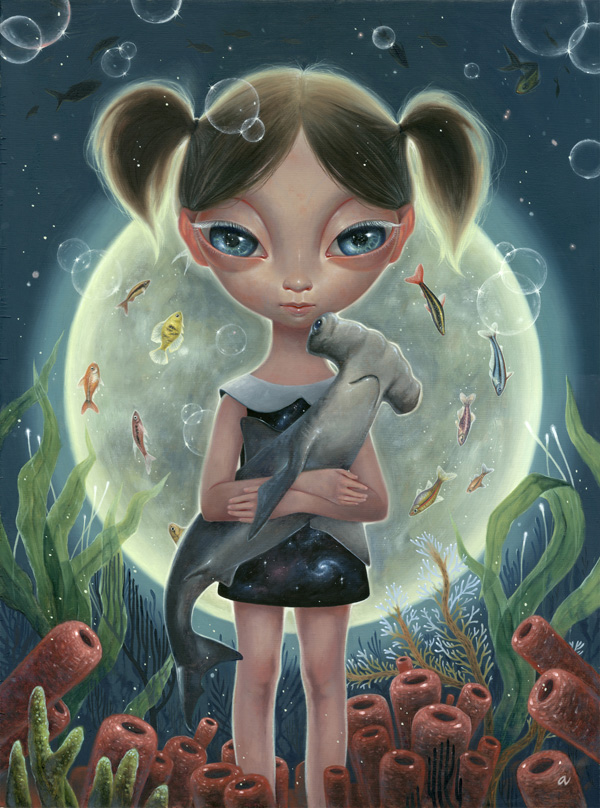 Even when the fluffier, cuter animals (domesticated or otherwise) do appear, often they still become unwitting tools in the child’s sexual awakening, thus undermining the myth of perfect childhood innocence.  This would be a more mature approach than the disgust-by-association method of the images above, if not for the fact that all too often the artists tend to play these as humor or satire.

Rats are another animal usually associated with disease and corruption. 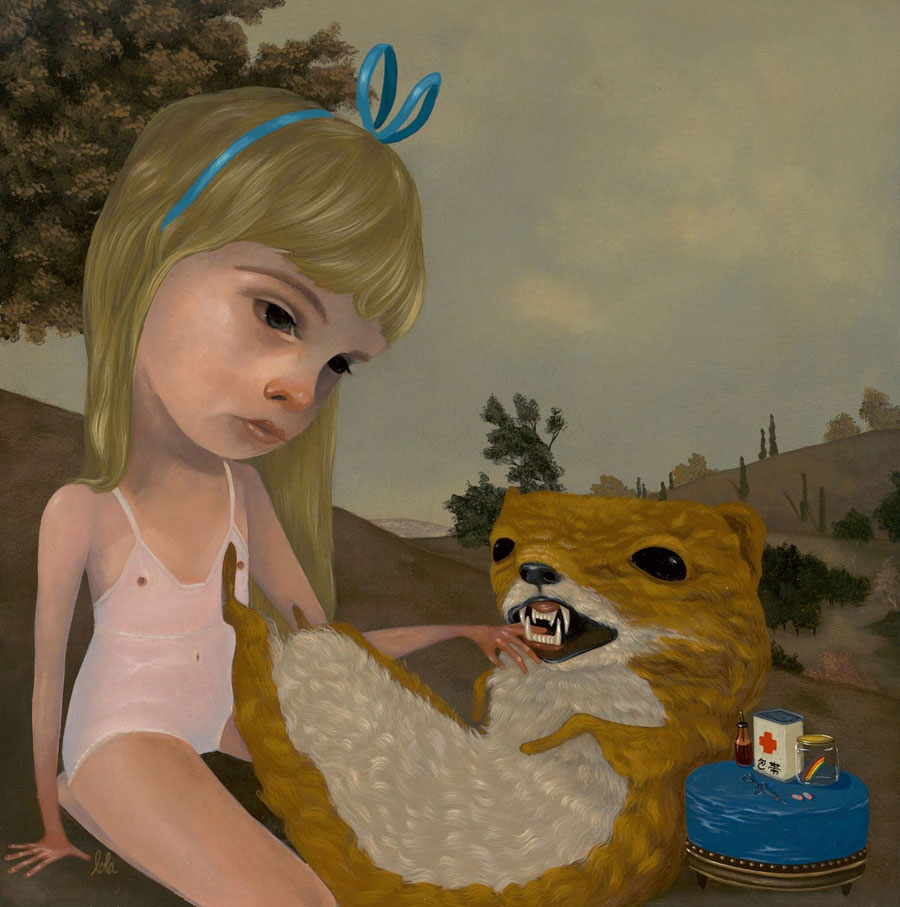 Cats have a longtime association with feminine sexuality, but here that association becomes satirical. 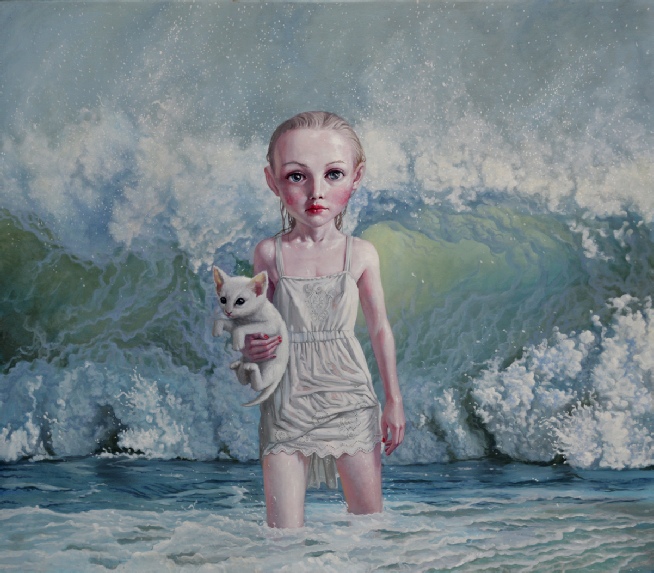 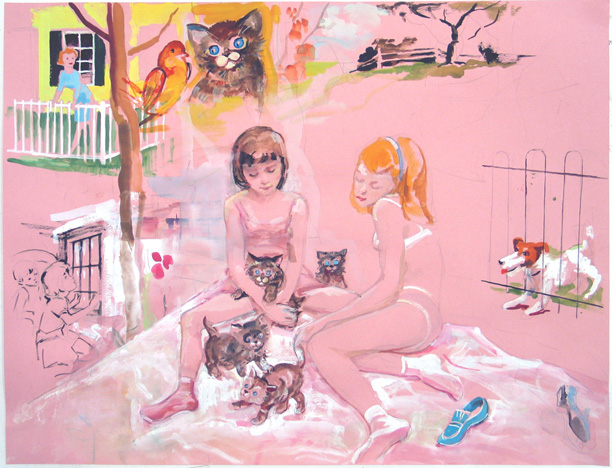 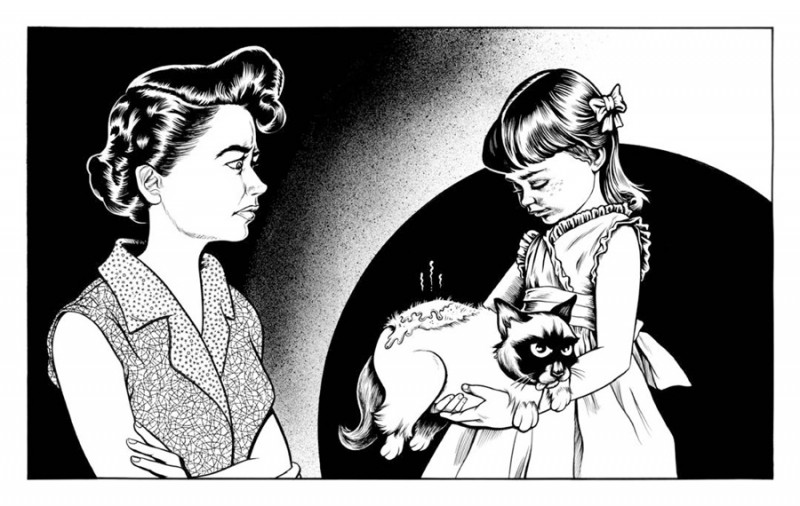 10) General sense of unease and nonreality – This one perhaps should’ve been number one, as it really is applicable to almost all of these works, but I’m providing them in no particular order.  One thing I’ve noticed about many of these pieces is that they often juxtapose cuteness or beauty against the more somber or horrific elements, which creates a sense of unease, or cognitive dissonance, which I suspect is entirely the point.  When we think about child sexuality, cognitive dissonance can arise in the friction between unsolicited (and unwanted) sexual feelings and the feelings of guilt and shame that accompany them, or that we believe should accompany them.  This is a difficult dynamic to depict in a straightforward way, hence these various symbolic interpretations. Because this description encompasses pretty much the entirety of this artistic movement, I’m going to keep the examples to a minimum here.

There’s something reminiscent of Donnie Darko in those hanging rabbits, which, if you’ve seen the film, you’ll know has a subplot in which a prominent character is revealed near the end to be a pedophile. I’d again like to point out that many of these images feature more than one of the traits I’ve been outlining, such as the animals and the suggestions of violence in some of the following examples. 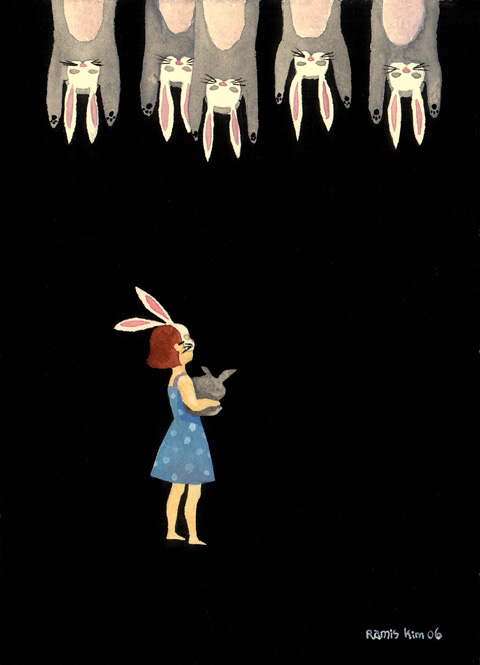 Ramis Kim – Where is the Bunnyman That I Saw Yesterday? 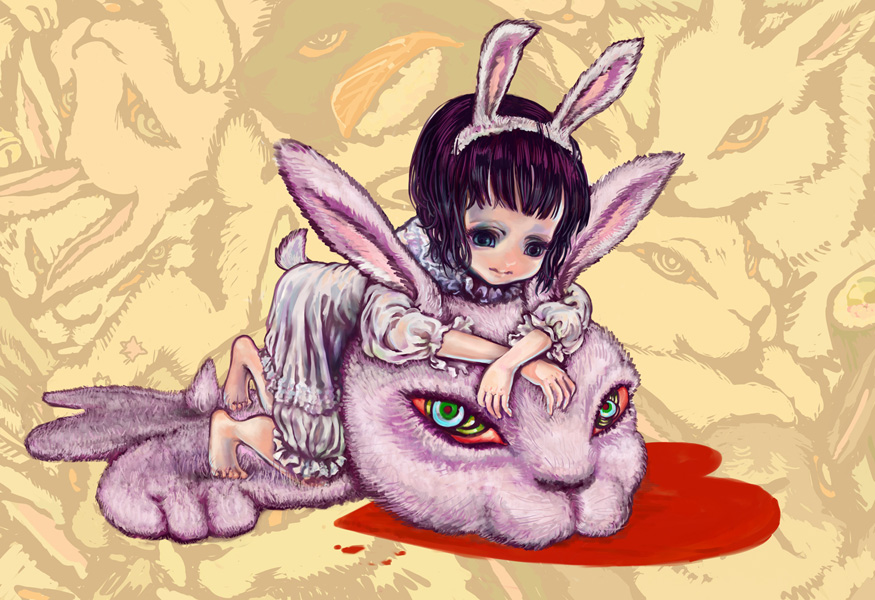 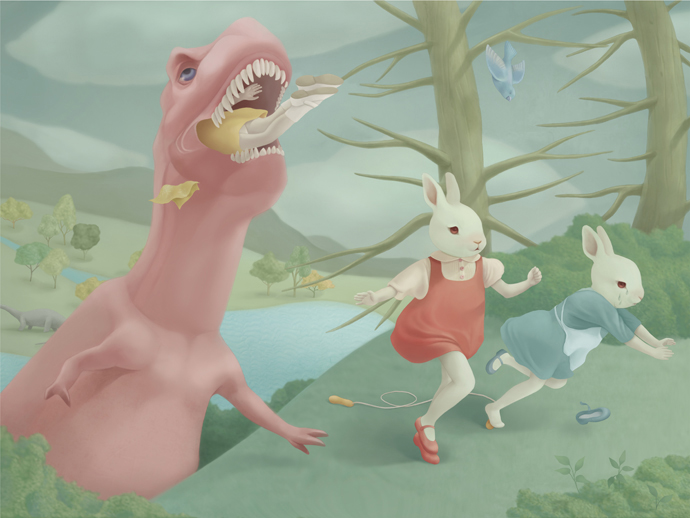 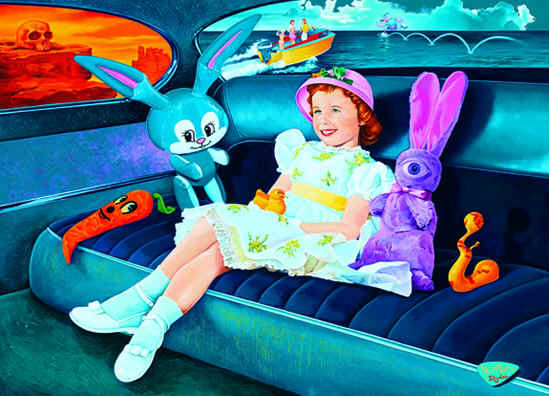 Finally, a nice pared-down example of the sort of juxtaposition I’m talking about: this cute cartoonish little girl wouldn’t be out of place in a children’s book if not for the (I assume) menstrual blood gushing down her leg.

Cornelia Renz – Sunny Side Up

11) Confusion of adult and child roles – Another recurring characteristic of this art is the placement of adults in the role of children and the placement of children in the role of adults, especially the latter.  These pieces often covertly delineate the fear many modern adults feel of being supplanted (sometimes violently) by younger generations and the dread of the physical and sexual vitality of youth. Children become powerful in these images, while adults are depicted as weak. 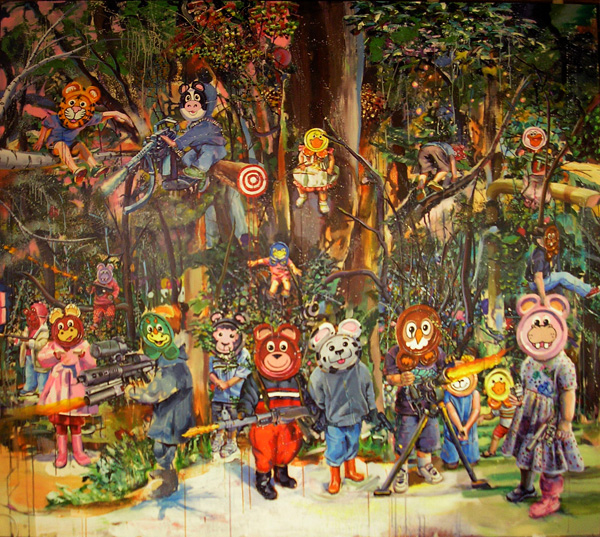 Caleb Weintraub – Down with Escapism 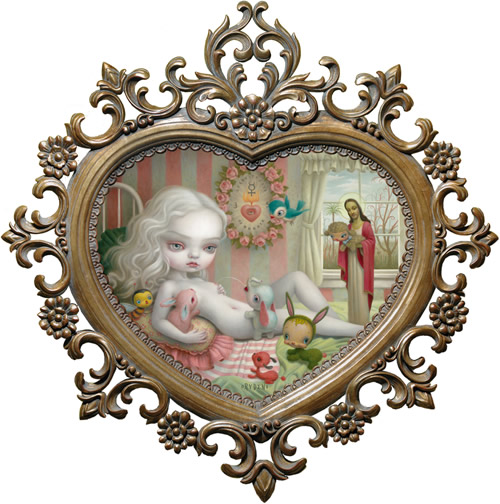 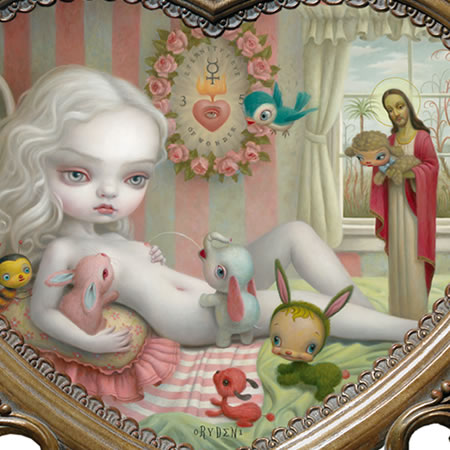 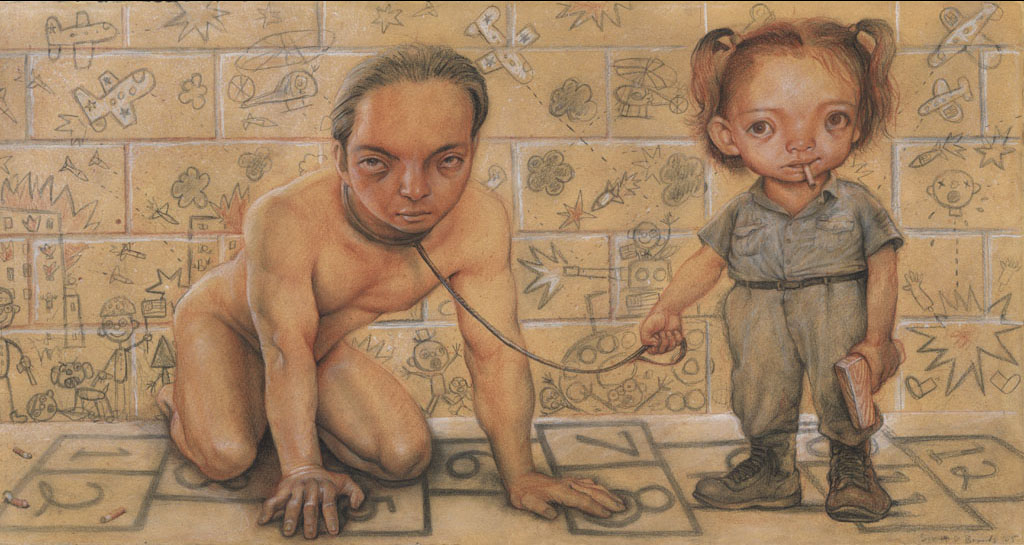 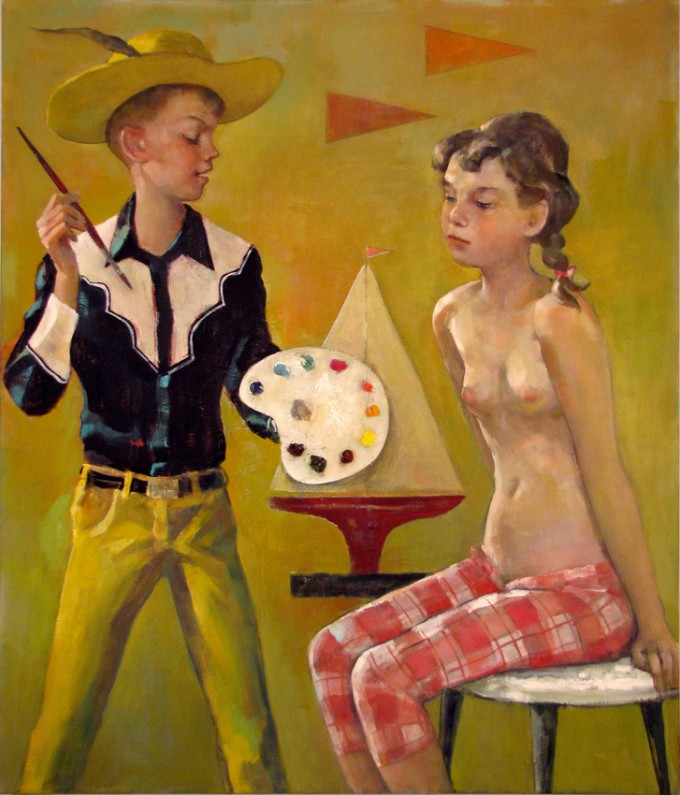