My apologies for the lateness of this post. The first of the month happened to fall on a particularly busy time.

It’s Not Easy Being an Angel: When I first made my Sawatari post, I had no idea that the model in question was identified until Pip brought it to my attention. He had already done a post on the ‘Houses of the Holy’ album cover featuring Samantha and Stefan Gates. Later, when doing the Ovenden post, I was shocked to recognize Sam in some of the photographs. Later, it was revealed that she was also the model for a series by Chadwick Hall in which only one example appears on the net. When I got to hear a few testimonials about Sam, by all accounts, she was an angel to work with. But I did notice that in a few unpublished photos, she seemed tired; and so however much she may have enjoyed modeling, it was nonetheless hard work. With so many tidbits of new information coming in, I intended to do just one more post of Samantha Gates to tie everything together. Fortunately, that is no longer necessary. Some of you may already know that some close relatives and friends of Samantha and Stefan have put together a site dedicated to the careers of the two models. Since models rarely get copies from photo shoots, especially commercial ones, much of what the public have access to, the family do not. The first success at tracking down old photos was with Hajime Sawatari who graciously shared a number of unpublished shots. Then came Graham Ovenden’s images (photos and paintings) and even a couple of drawings from Brian Partridge who also happened to have an extensive knitting and crochet catalog collection featuring a very young Sam. Plans are in the works to contact all artists who worked with the Gates children to compile the most extensive collection possible. To top things off, a few private family shots were included to demonstrate the legitimacy of the family connection. It should be noted that Samantha believes in keeping the past in the past and is not directly involved with the site, but gave permission for its inception. Included on the site are some interviews with Sawatari and there are more to come. So take a look at The Samantha Gates Archive. According to the family, Sam was not only a ham for the camera in private life, but was often found munching on one kind of food or another. 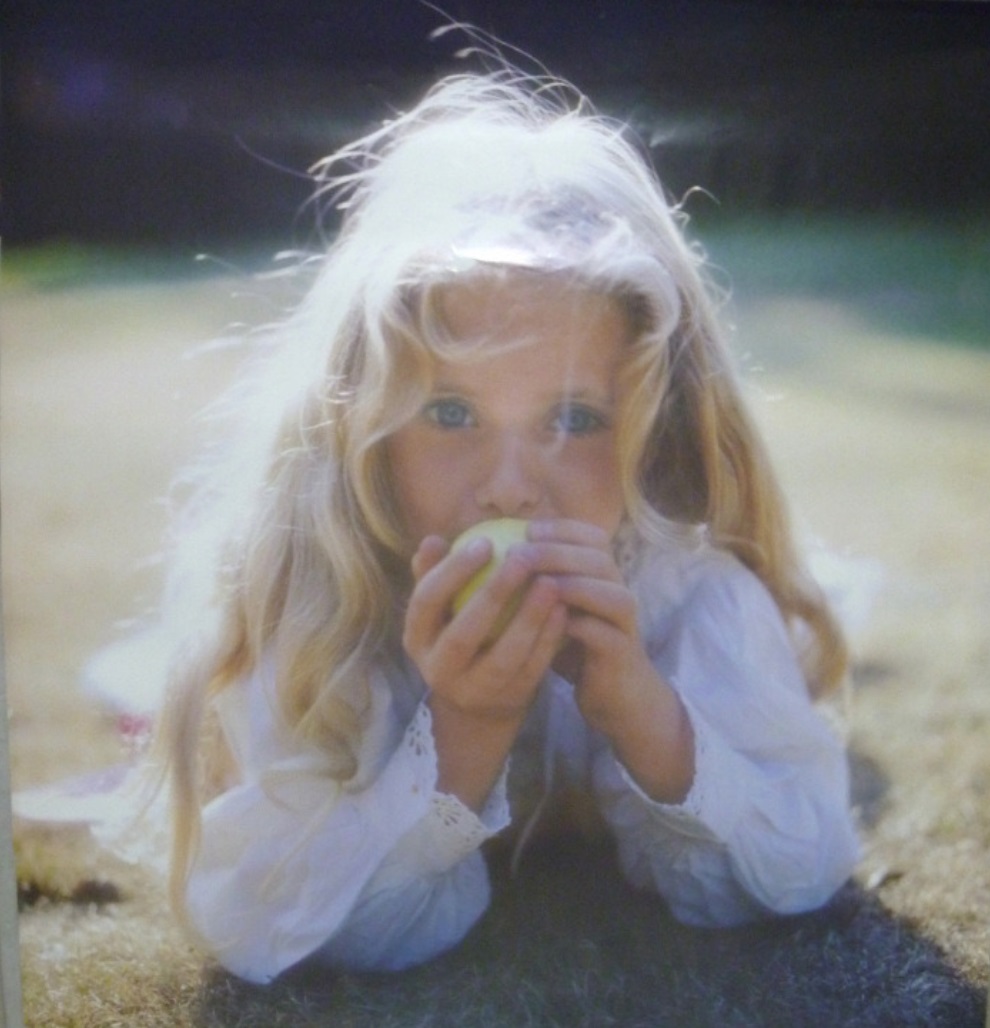 Under the Guise of Art: So many uneducated and fanatically religious people have made (often rude) accusations that we are using art to justify pornography. There is simply no accounting for people incapable of comprehending what we are doing. Thankfully, the law has offered some protection and cogent interpretations of the laws will confirm that we are operating legally. More than that, I fervently contend that we also operate ethically and that complaints on moral grounds are an arbitrary deference to doctrine. Our internet provider (Rainbow Digital Media) was particularly angered by a comment (not posted, of course) about what monsters we are. He replied that apart from the disclaimers posted on the Legal page, this site is registered with the Internet Watch Foundation (IWF) as part of a requirement when the site was hosted in the UK (and previously in Sweden). Especially irritating is the fact that hardcore porn sites can be linked to our site lending a taint by association. We simply cannot do anything about that (any clever ideas?) and we are not allowing such despicable actions to stop us in our mission. Even our old domain name has been hijacked due to unfair technicalities and now is used it to promote pornography. If anyone finds something on this site they believe is illegal, they are invited to report it to the IWF who will notify us of any violations that we must remedy.

YouTube Gripes: I received a message from a reader complaining about the rampant censorship taking place on YouTube. This is hardly news, but the reader had some kind of false impression that we had the power to do something about it and implied we were some kind of hypocrites for not stopping it. It is flattering that people think that we have so much influence, but it should be emphasized that this is a volunteer endeavor and we are only as good as our contributors. Therefore, anyone who seriously wants to do something about this can read on.

Although we cannot stop YouTube from pulling videos that are copyright infringements or violate their standards of conduct (no nudity, for instance), we can preserve examples that deserve it. For instance, the short film The Spy Who Caught a Cold was originally captured from YouTube which was later removed. But as the name suggests, YouTube was really designed for personal videos and low budget and quirky productions by private individuals. Although we can make a copy of videos that have not yet been removed, it is not our business to invade the privacy of contributors. Therefore, however cute and appropriate a video may be for the Pigtails audience, we will not copy and republish anything that is strictly personal. Even though such videos may no longer be available to the general public, they are not really lost if they are kept by the contributor in question. So if you find a video meant for general public viewing and you suspect it is something that might get censored, please notify us so we can keep an archival copy—assuming it is appropriate to do so. Also know that it is not copyright infringement for Pigtails in Paint to do this given that the ultimate goal is to publish a critical review of the material in question.