I will get to the next post in the Lowbrow Art series next time, but let’s do something that’s quite overdue: an album art post!

First up is one of my favorite covers from my youth. I believe the child on Bad Company’s Dangerous Age is meant to be a boy. Sure, it could be an image of a boy who happens to have longish curly hair, but I’d lay dollars to doughnuts that this is actually a little girl. In my opinion the album was not one of Bad Company’s better efforts, but it did help to get the band back on track after the previous album, Fame and Fortune, which fared poorly. 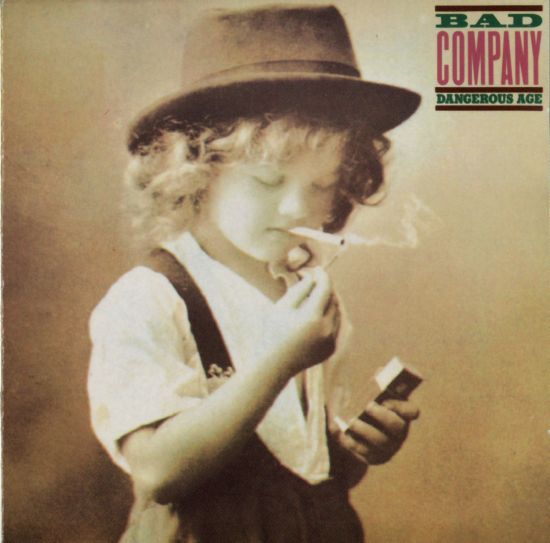 Again, I cannot verify that the child on the cover image of CYNE’s Pretty Dark Things is a girl, but if it were a boy, at this angle there’s a strong possibility that his testicles would be partially visible. Little girl infants are often used for nude photos like this one for precisely that reason. Now, when you look at this image, what do you think? If you’re a white person, you are likely to think, aw, that’s sweet—a black man cradling a white baby. It’s all about racial harmony and a world where everyone is colorblind, right?

But that is not, in fact, the message being conveyed here. According to the band, this image was actually inspired by former member Akin Yai’s reflections on his reading of Martinican political activist and poet Aimé Césaire’s provocative and controversial 1950 essay Discourse on Colonialism, one of the strongest repudiations of European colonialism ever published up to that point. The image is to demonstrate how colonized peoples—usually people of color—begin to accommodate and acclimatize to the presence of the white European colonizers and think of them as innocent when in fact they are certainly not. Moreover, the colonized become like nurses or caretakers for the selfish, needy colonizers, who demand and take from the colonized but offer nothing substantial in return. There could be other layers of meaning here too that I’m not picking up on, but the point is, when you begin to look at this seemingly innocuous image through the eyes of the colonized black, brown, yellow or red man, it takes on a much more sinister tone than we might be inclined to perceive outside of that context. It’s a powerful and thought-provoking image for that reason. 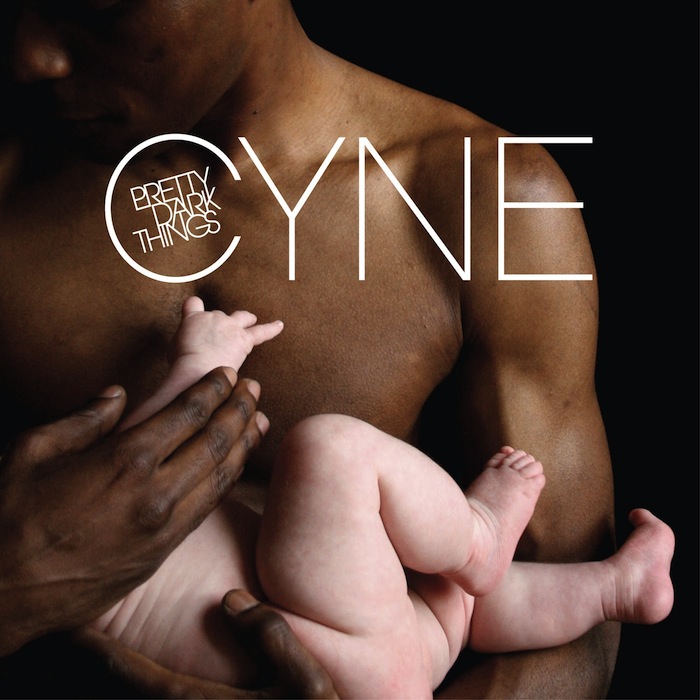 Along the same lines is the cover for Congregation, the third album by the Afghan Whigs, and there is no question that the infant this time is a girl. I’ve seen two versions of this cover, the main one being the one below. The other version, which I think may have been used for the re-release of the album, shows both the baby and the woman looking upward at the camera. 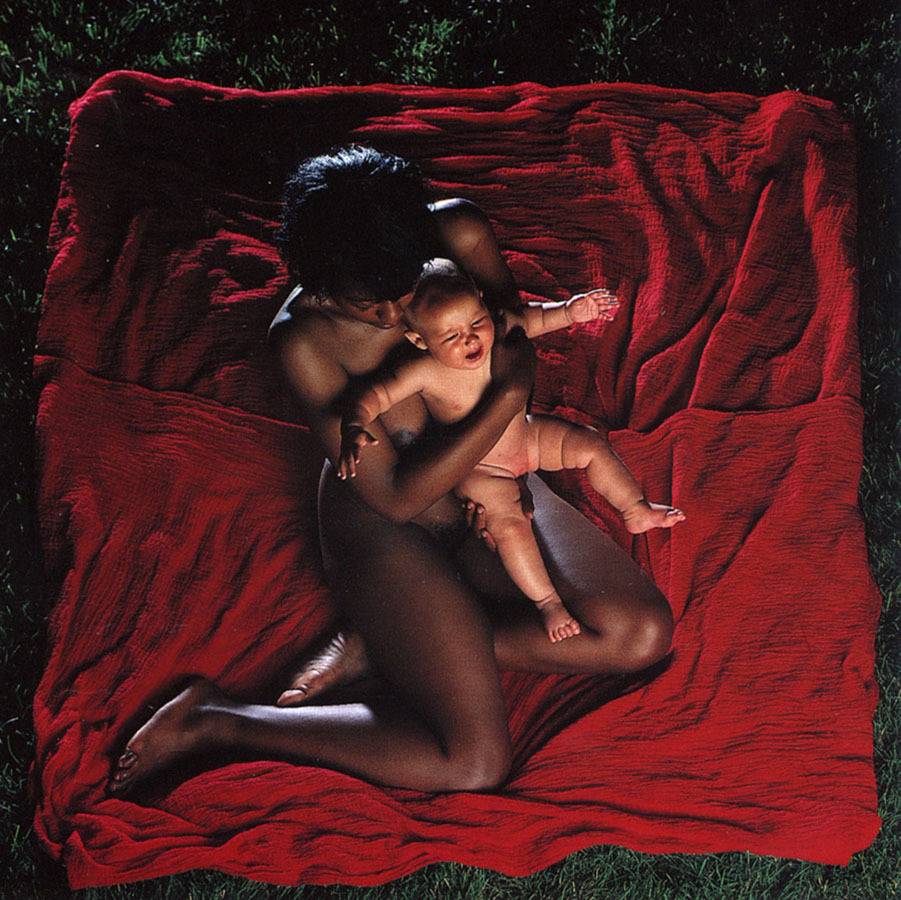 Since we’re doing the Afghan Whigs, we might as well put up the cover for Gentlemen, which was their breakthrough album and my introduction to the band. This is another great example of an image which is only provocative in context. The image features a shirtless boy sitting on the edge of a double bed while a girl lies on the bed across from him. Given the themes tackled on the album—troubled relationships between men and women—the suggestion here is quite evident. The back cover depicts the same boy dressed in red overalls standing in a hallway. I no longer have the actual album to verify, but as I recall, there were one or two interior images with the boy and girl together as well. This image is almost iconic now, so much so that it has been parodied more than once. 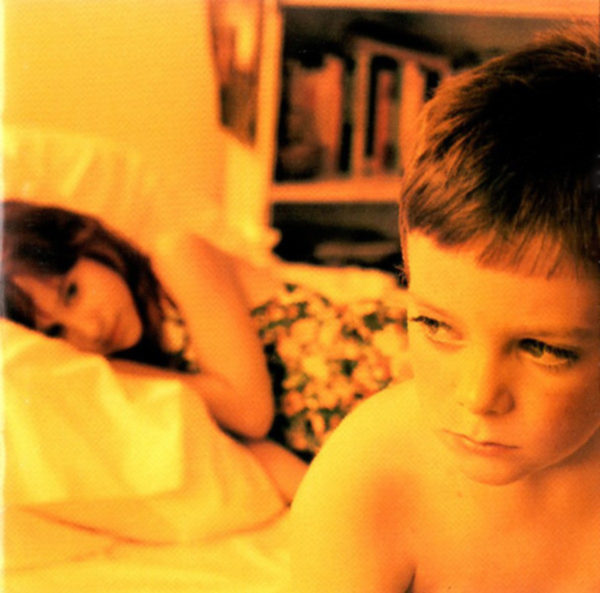 Now, the tiny toddler on the cover of the Thompson Twins album Here’s to Future Days is most definitely a girl. Since she appears with the band, I assumed she was the daughter of one of the band members, but that does not appear to be the case. Good album art photos of a band often have at least one wild card element, something that makes it stand out from others of its type. A mysterious naked toddler definitely qualifies as such a wild card. 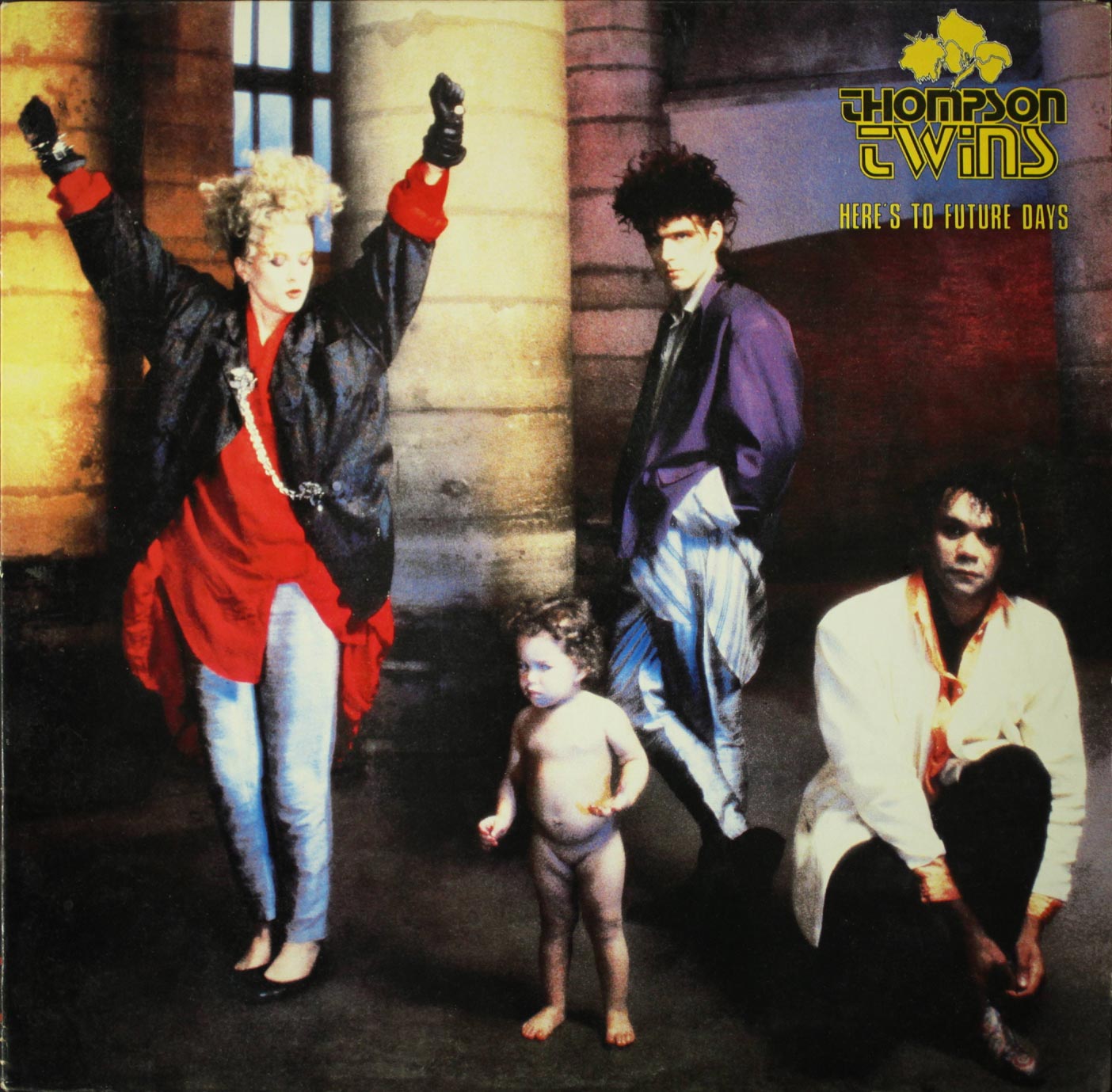 The same little girl appears again on the cover for the album single King for a Day, in the arms of Tom Bailey, the band’s lead vocalist. She does not look very happy in either of these images, which hints at a strong probability that she had never met any of the band members before this photo shoot. 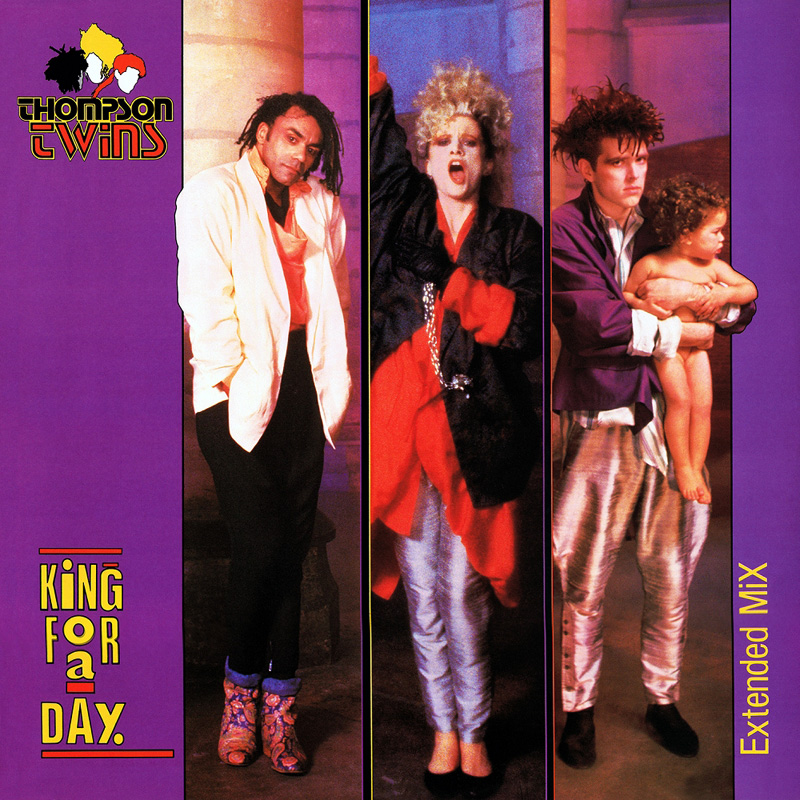 And now we move on to one of my favorite bands ever, Nick Cave and the Bad Seeds. If you know anything about Nick Cave, then you know his music tends to be pretty dark. His sixth album, The Good Son, took a slightly different turn, being full of lighter ballads. Well, light for Nick anyway. And the cover is a nice reflection of that, featuring a fresh-out-of-rehab Cave spiffed up in a white tux and playing a grand piano for a bunch of little girls, all identically clad in delicate white dresses. In and of itself it’s not a provocative image; it’s only the presence of Nick Cave (whom many parents would hesitate to leave alone with their precious little darlings based on his appearance alone) that might cause us to look askance at it.

I’ve seen two versions of this cover floating around as well. The main one features red lettering, while the less common one features white lettering. I will post the former (as well as the back cover, which shows an image of three girls from the same photo shoot beating on a drum). 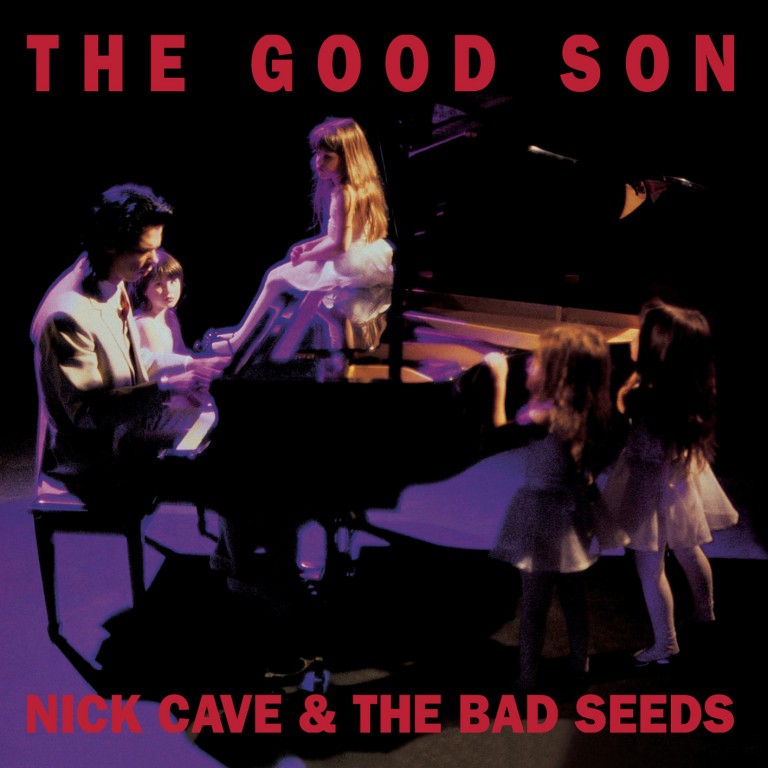 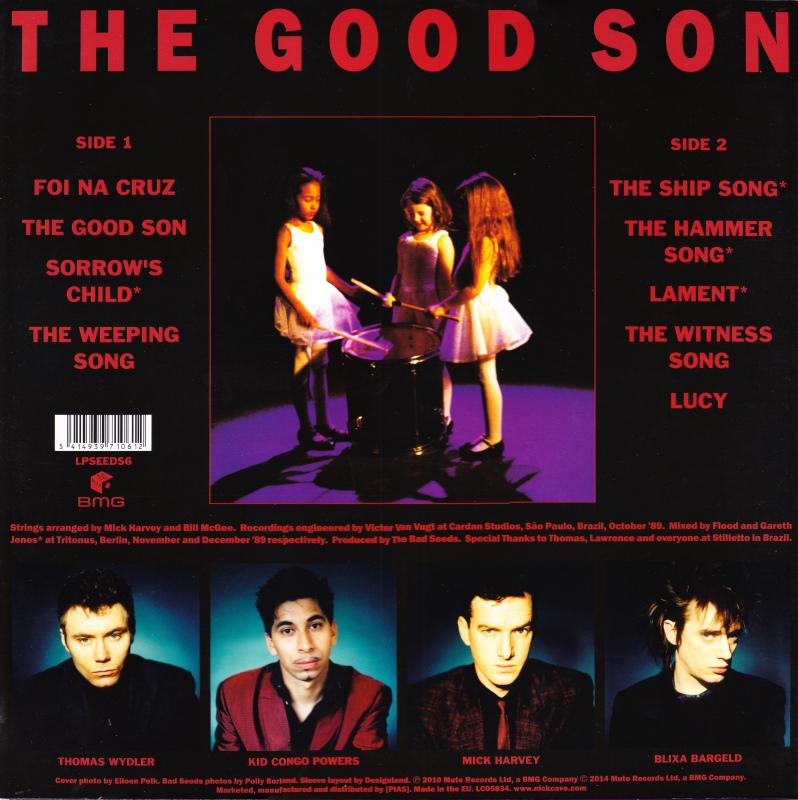 Additionally, the music video for the album single The Ship Song echoes the same imagery as the album cover:

Here’s another group I really like. It’s not easy to sum up the sort of music Piano Magic makes in a few words, but if pressed to do so, I would say it is dark ambient pop. This cover is for the single release of Speed the Road, Rush the Lights, which comes from the album The Troubled Sleep of Piano Magic. I can’t quite tell if this is a photo, a painting, or some combination of the two. 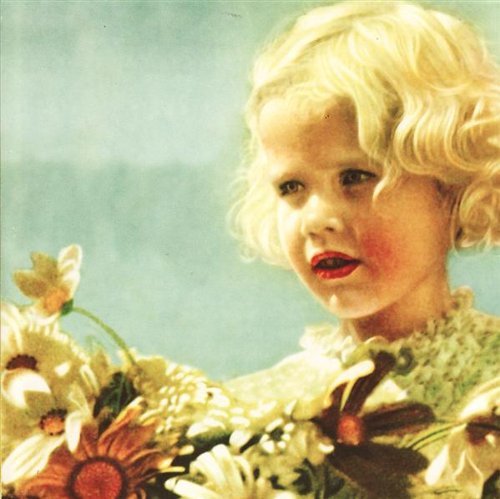 Bauhaus was an early goth rock band featuring the fabulous Peter Murphy on vocals. They never had any major hits, but they are perhaps best known for their nine-and-a-half minute epic Bela Lugosi’s Dead. After the short-lived band broke up in 1983, Murphy of course went on to a solo career, while two other band members formed Tones on Tail (I shared one of their covers in the Spring 2017 edition of my album art series.) 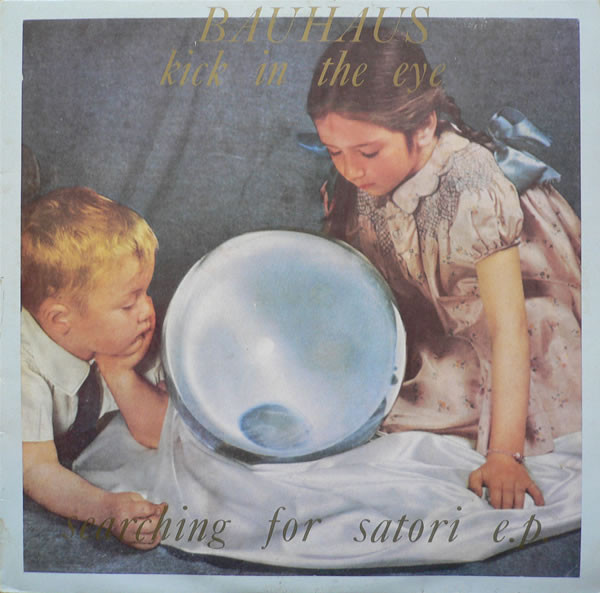 And last but certainly not least is a cover suggested to us by one of our followers (thank you!) This is the beautiful—and rather provocative—cover for Mea Kulparik Ez by Imanol Larzabal, a folk-style singer of Basque origin. I know little about him beyond that, other than that he fought as part of the Basque separatist group ETA (Euskadi Ta Askatasuna) for a time in his youth. I searched for a high-quality version of this cover, ultimately downloading six different versions, none of which I was entirely happy with. I finally narrowed it down to two and have opted to post both. The first is closer to an ideal version of the image, but it isn’t quite as in-focus as I’d like and is a touch too dark. The second version is lighter and larger, but it is also somewhat weathered. Between the two I think we can get a pretty good idea of what this should look like.

I also found the image for the cassette tape of the same album. It features the same girl in the same setting but in a different pose. Unfortunately, it is heavily scratched up and quite small. I could find no other copies of this image online, not even bad ones, but it is still worth sharing. If someone could do some research into this covert art, perhaps find out who the photographer was and even what the title translates to, maybe it will lead to better versions of these images. 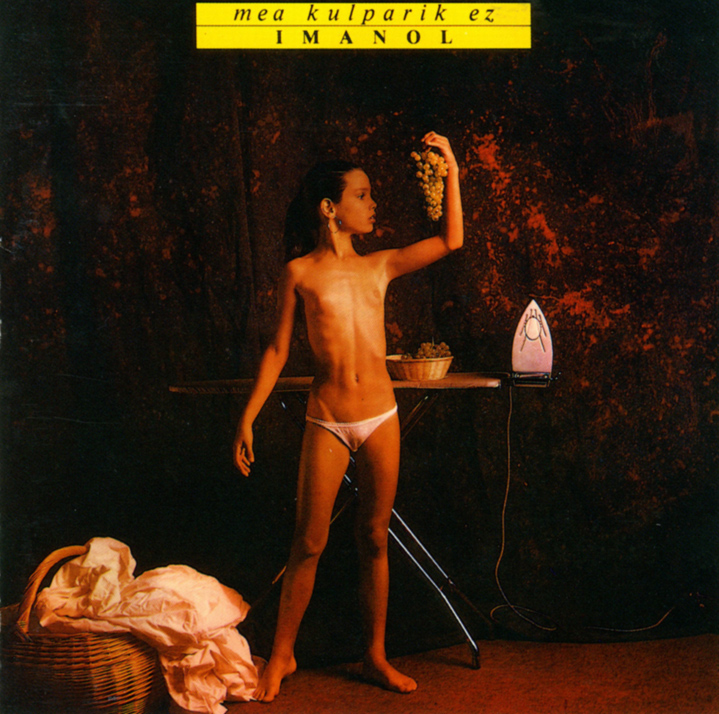 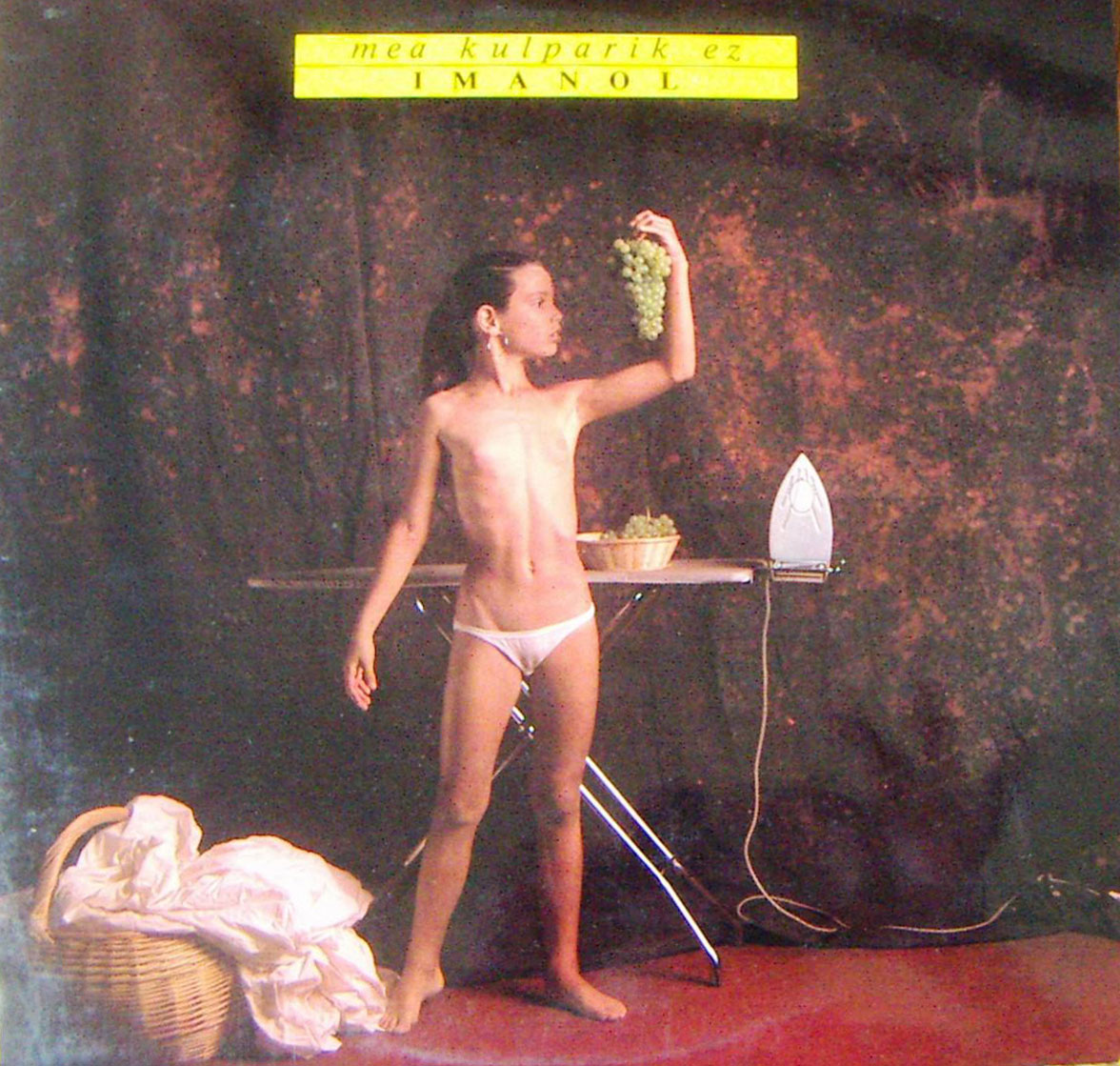 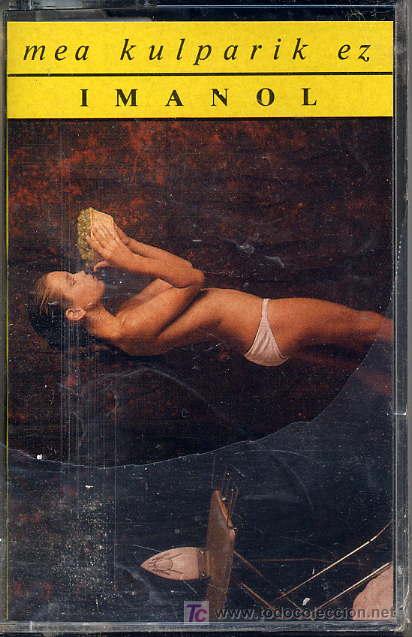