The Austrian painter August von Pettenkofen was born in Vienna on May 10, 1822. In 1834, giving up a military career, he entered the Academy of Fine Arts, where he studied with Leopold Kupelwieser and Franz Eybl. During the Revolutions of 1848, he became a military painter and, while performing his duties, he spent some time in Szolnok, Hungary. This influenced his art, as many of his paintings and drawings depict the uneventful life of Hungarian peasants and gypsies, sometimes with a touch of melancholy. He was admitted as a member of the Vienna Academy in 1866 and, became in 1872 an honorary member of the Academy of Fine Arts, Munich. He died at the “Sanatorium Loew” in Vienna on March 21, 1889.

I present here three of his works. The first one, in the Hermitage Museum, is famous and typical of his depiction of Gypsies, emphasising their poverty. 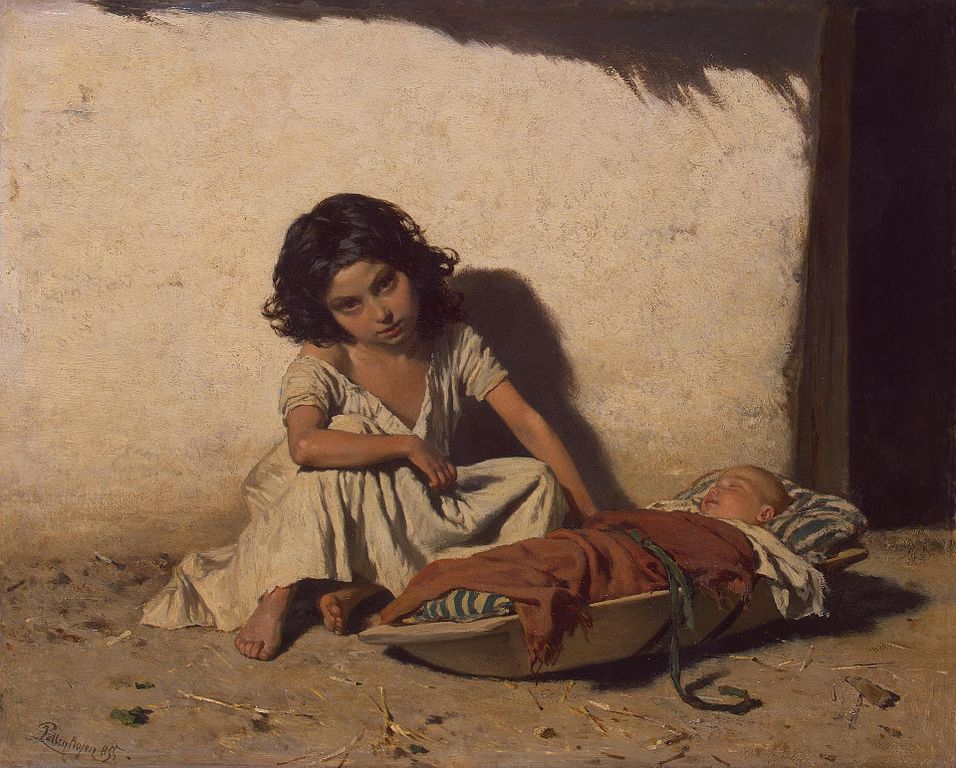 The next one shows strikingly the squalor of their living conditions. 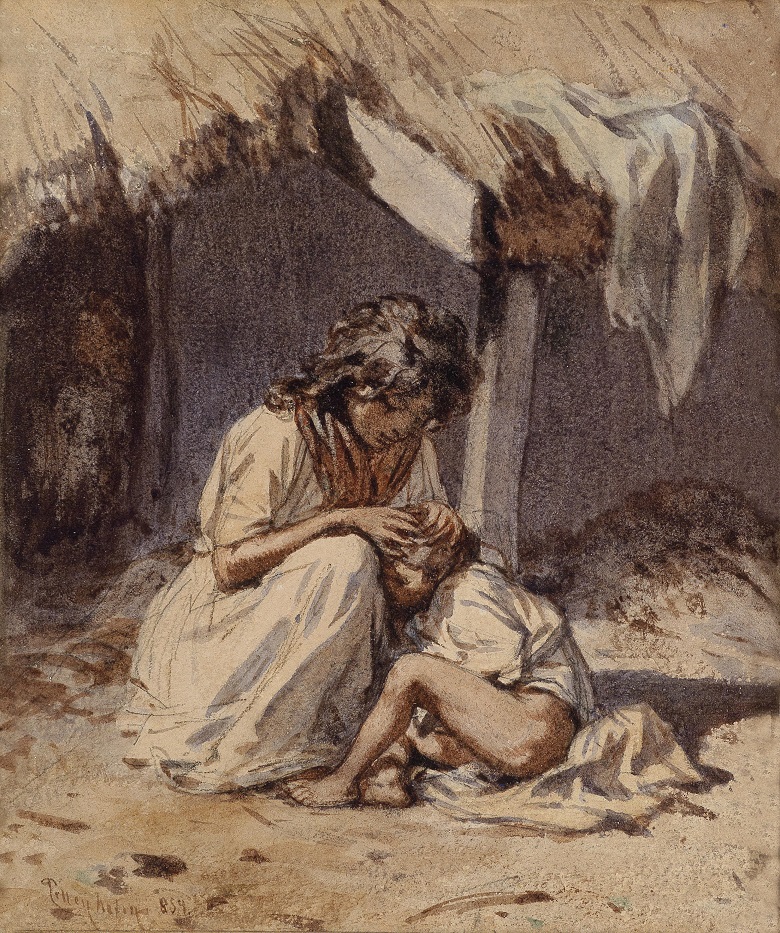 The third one, in the Metropolitan Museum of Art, with its intimate subject, departs from his usual depiction of rural life. I could not find the year of its making. 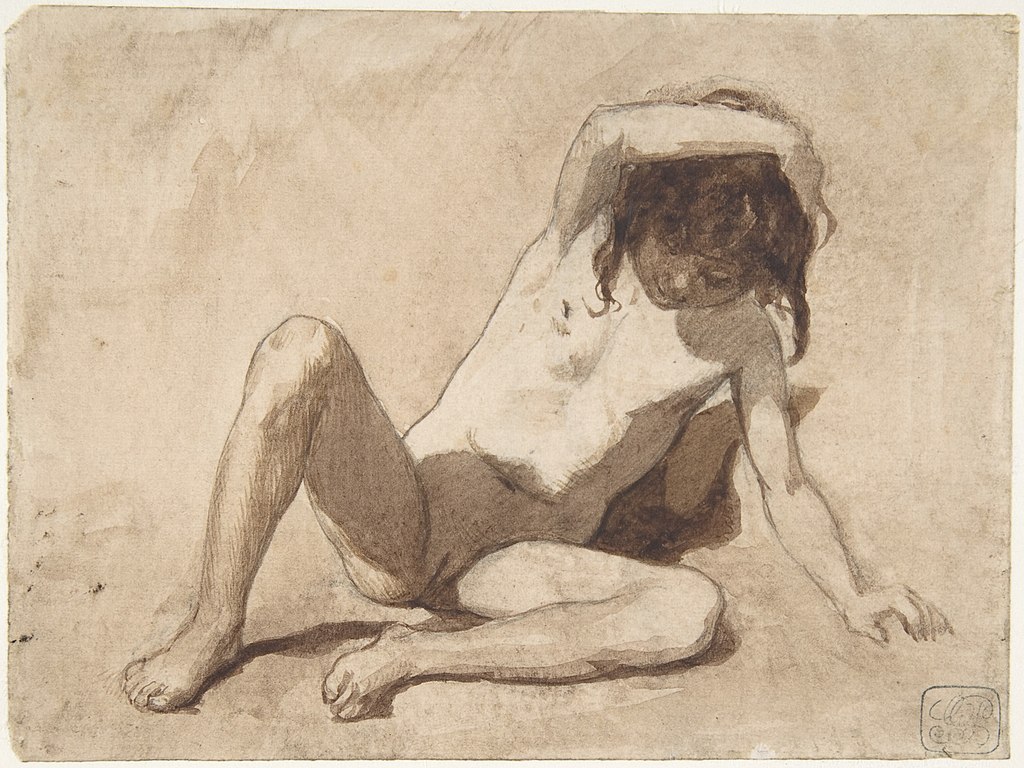 Many works by von Pettenkofen can be seen on Wikimedia Commons.