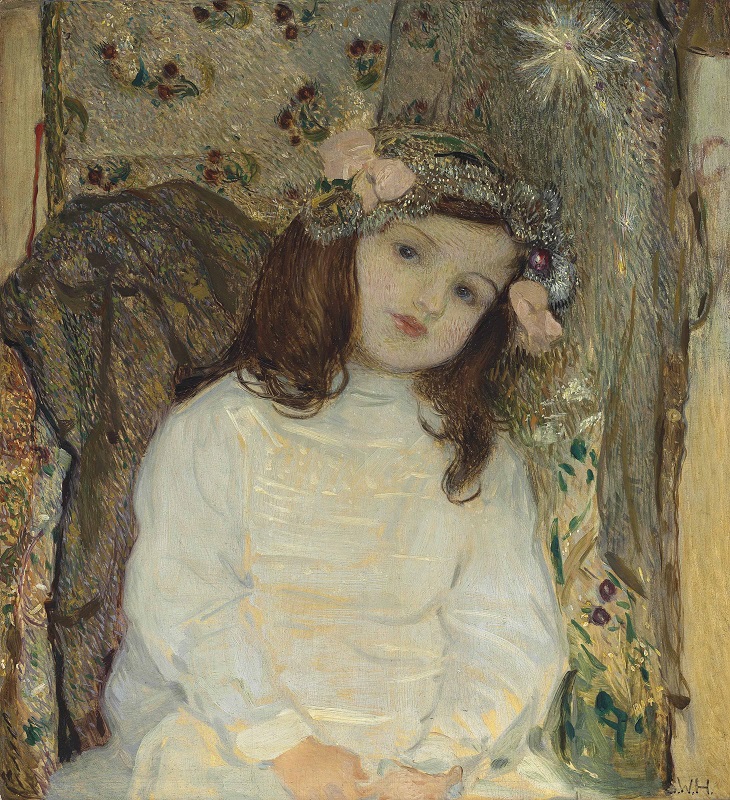 The painter Sigmund Walter Hampel was born on July 17, 1867 in Vienna. Between 1885 and 1888 he studied at the Academy of Fine Arts (Akademie der bildenden Künste) in Vienna with Heinrich von Angeli, August Eisenmenger and Siegmund L’Allemand, but he rebelled against their teaching methods and was expelled. He became thus a self-taught artist, studying old masters and observing nature. He was one of the co-founders of the Hagengesellschaft, and in 1900 he joined the Hagenbund, which emerged from it. In 1911 he became a member of the Künstlerhaus, which held a major exhibition of his works in 1919.

He shared with his friend and contemporary Gustav Klimt his love for Lake Attersee in Upper Austria, and he usually spent his vacation in Nußdorf am Attersee. In 1938 he appeared in the Künstlerhaus before the public for the last time, then retired in Nußdorf am Attersee; in 1942 he settled in the Villa Ransonnet and died there on January 17, 1949.

Hampel’s painting style represents a bridge between symbolism and Art Nouveau. He rarely composed oil paintings, and his special watercolour tempera technique was widely recognised. He showed a high technical ability, for instance in his flickering “gold bronze drawings”, and a delicate sense of colour, as can be seen in his famous work The dreamer.

The above painting was auctioned at Christie’s. I show here three other of his works, downloaded from artnet. The first is a pencil drawing with watercolour; the last two are oil paintings. 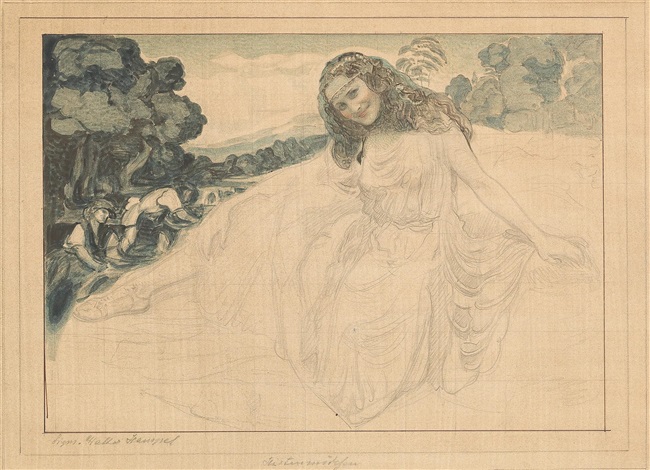 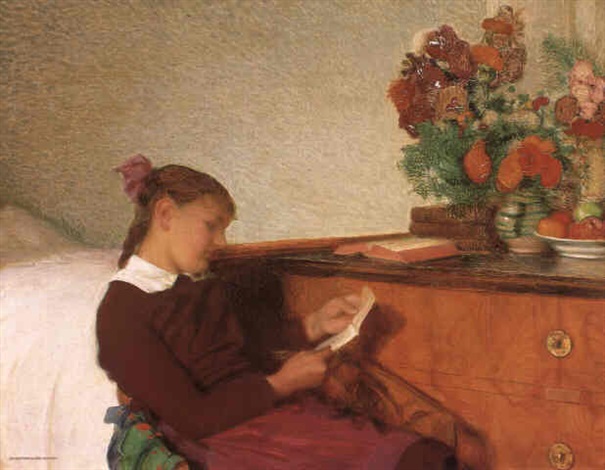 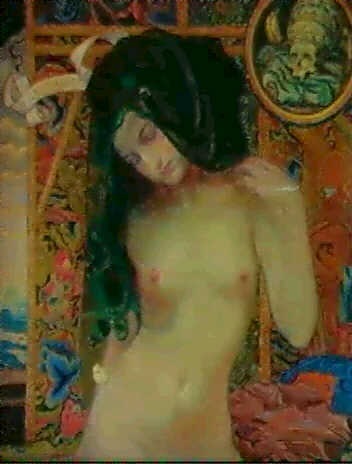 More information about this artist is available in German on AtterWiki.