Now that I have returned from my trip to the UK, it is time to get back to work. In the next month, I intend to share many details regarding my visits and what that means for the future of Pigtails in Paint. As an appetizer, I begin with this short post: a painting by Graham Ovenden. Ovenden has always had an impish love of satire recently enhanced by his experiences in prison. His stories, poems and paintings are peppered with such references. Unlike some artists who may have gone over the line in their enthusiasm for capturing the spirit of the young girl, Ovenden is truly a victim of unfortunate circumstances making him a needless object of persecution. Although he is now a free man, he understands the need to fight injustice and is determined to have his criminal record expunged. It is a much overdue warning to authorities about the hazards of overzealous prosecution and the media’s lazy and thoughtless propagation of unfounded rumors. The painting below targets the media. 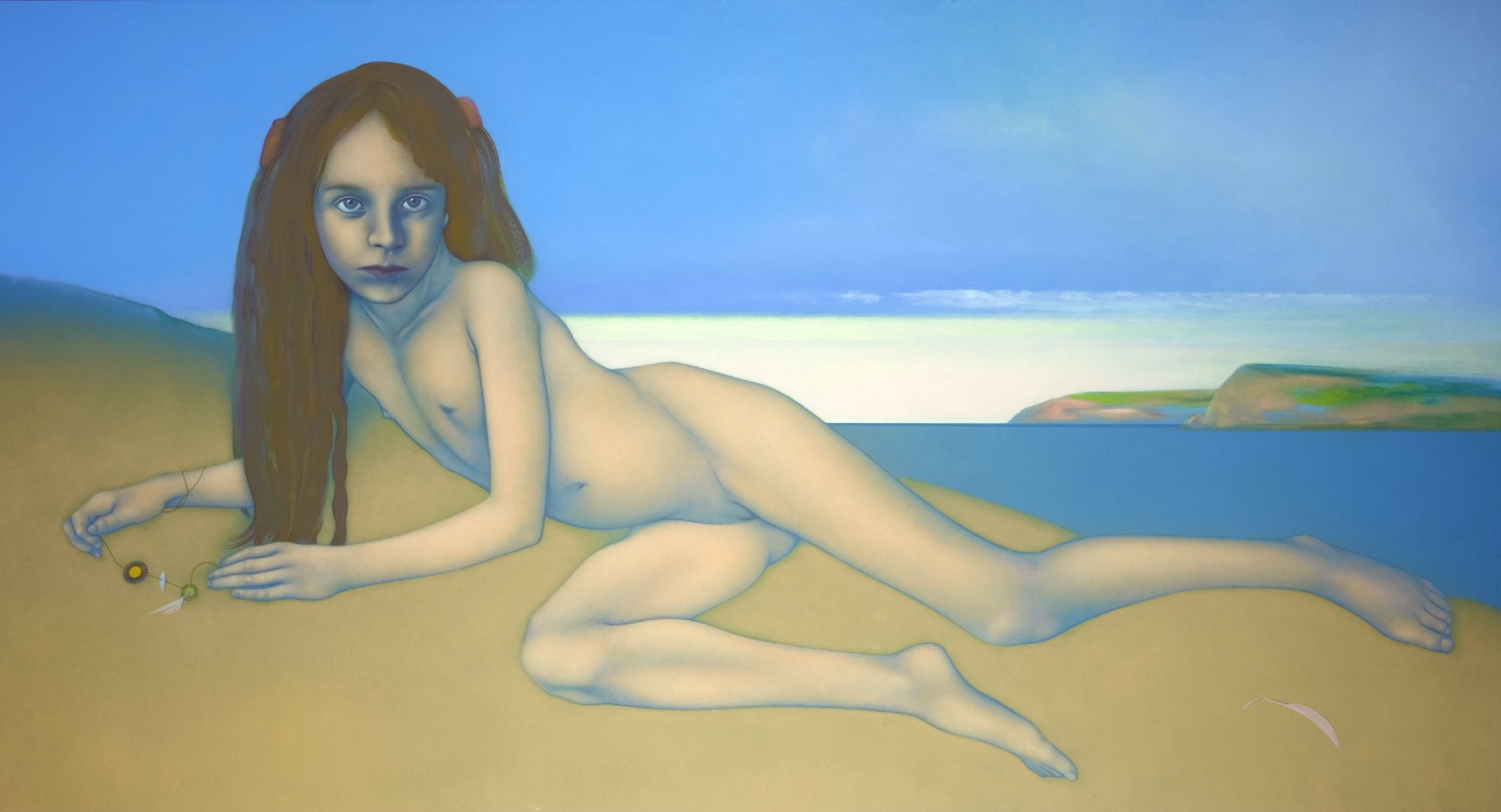 The girl is holding an amulet bearing the insignia of two of the offending media outlets: The Sun and The Daily Mail. The symbolism of the white feather is taken from the 1955 film White Feather about intrigue during a treaty negotiation between Native Americans and U.S. soldiers. In the course of the story, one of the natives throws down a knife with a white feather attached signifying the declaration of hostilities. It was also meant to imply that the soldiers have conducted themselves with cowardice. Ovenden is making a similar accusation and if he were making this painting today, the amulet would certainly have included a few more charms. Although the offending media have been formally notified of a pending lawsuit, so far none have responded or attempted to remedy their journalistic sloth. In an age where the police, prosecutors, judges and now the media increasingly work together, there is little chance of justice for those falsely accused. This sort of corruption needs to be mitigated and measures taken to keep these respective institutions’ activities separate to prevent unjust conflicts of interest. Since healthy little girls often do have very thin features, it may not be clear to the viewer that the girl pictured here is emaciated by her interaction with the media. And thus, her life-giving spirit has been and is being starved.

This nature of the media is illustrated beautifully in a BBC political comedy from the 1980s called Yes, Prime Minister. Its rather cynical but astute observations about the operations of government is quite revealing and demonstrates the producers’ expertise. This excerpt comes from ‘A Conflict of Interest’ which first aired in 1986: