Janet Agnes Cumbrae Stewart was born on 23 December 1883 at Brighton, Victoria, she was the youngest of ten children born to Francis Edward Stewart and Agnes Stewart. The artist was home schooled through her childhood and from the age of fifteen received private art instruction, with several different tutors, before enrolling with the National Gallery School in 1901. While enrolled there she received many awards, which in turn gave her recognition and thus began receiving painting commissions. Sometime between 1901 and 1906 the illustrator started to use the surname of Cumbrae Stewart. She graduated art school in 1907 and during the same year she exhibited at the Australian Exhibition of Women’s Work, which was her first group exhibition. During the early part of her career she created paintings to sell in art exhibitions and took commissions for private portraiture work. One exception was when she, along with three other artists, decorated the children’s wards of the Homeopathic Hospital, in Melbourne; one such image is displayed below. 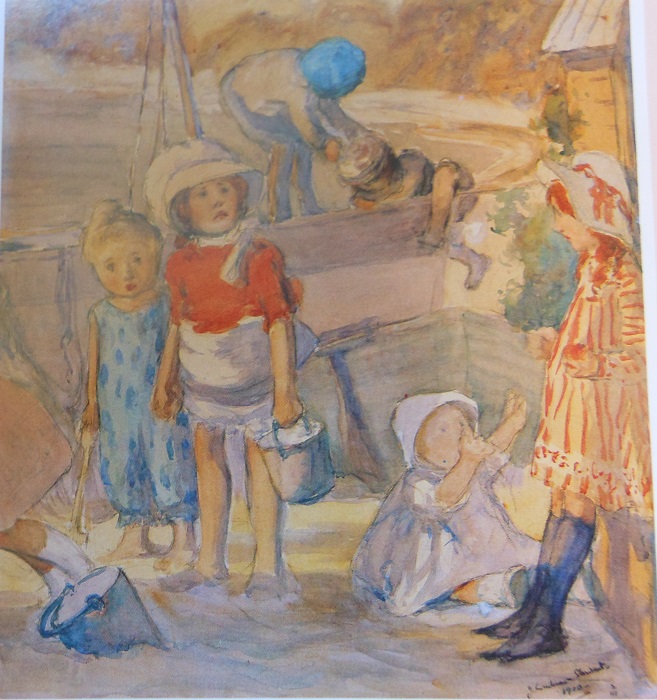 At that time Cumbrae Stewart was mostly working with watercolour or oil paints and her subjects were varied. In 1909 the artist started contributing paintings to exhibitions at the Victorian Artists’ Society, which continued until 1919. Her first solo exhibition was held, in 1911, at Coles Book Arcade and was hugely successful providing her with more popularity and work. Due to her success she was able to become a council member of the Victorian Arts Society from 1914 to 1916 and then became a full member of the Australian Artists’ Association from 1916 to 1922; an honour usually reserved for elite male artists. 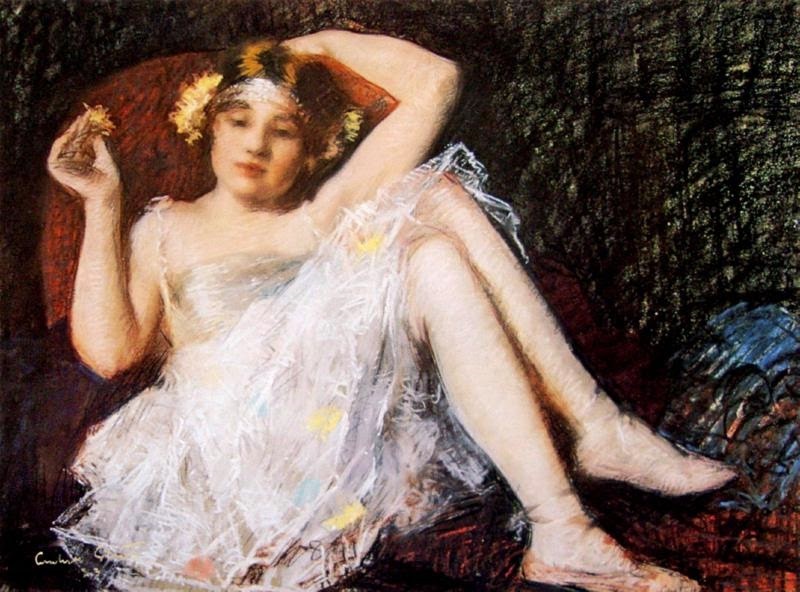 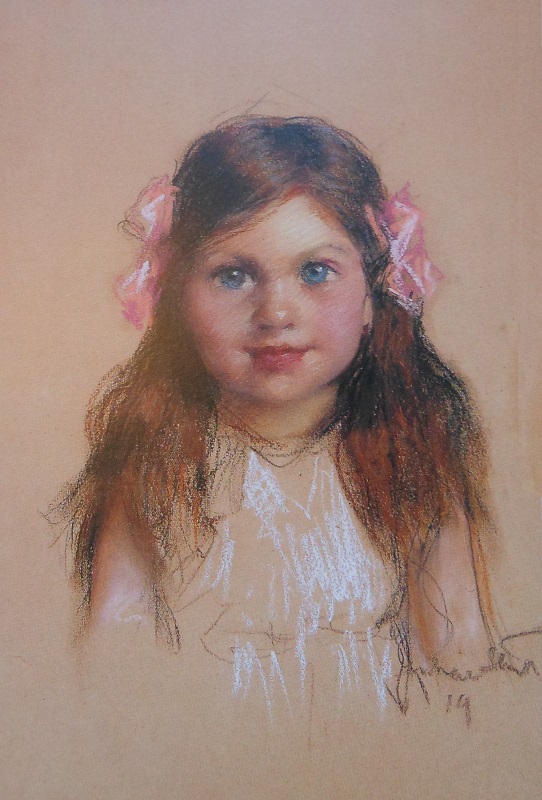 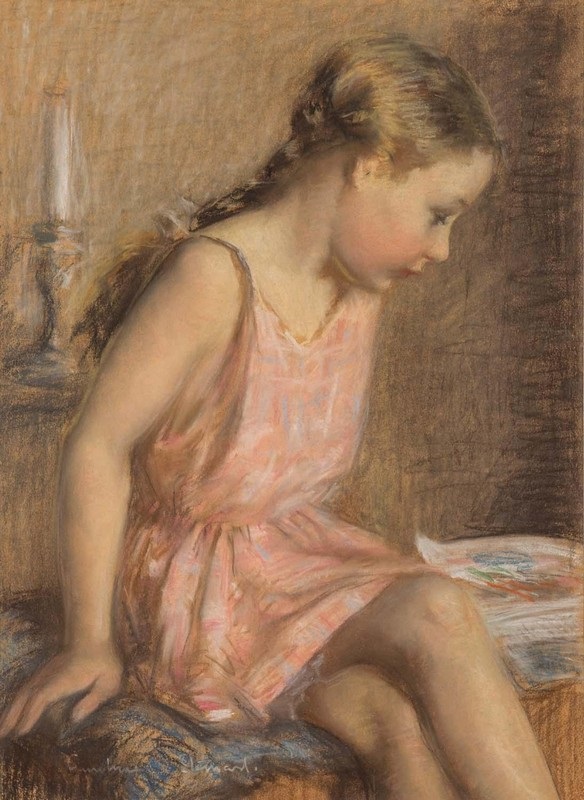 In 1922 Cumbrae Stewart moved to London with her sister Beatrice. The artist had a solo exhibition at the Walker Art Gallery, in 1923, which lead to her inclusion in an exhibition of Australian artists held at the Royal Academy of Art. She was also accepted in general exhibitions at the Royal Academy, the Royal Society of Portrait Painters and the Paris Salon. During the period between 1922 and 1939 the illustrator’s work was exhibited at many of the prominent galleries in England and France. So well received were these artworks that she got an Honourable Mention for a drawing entered in the Salon des Artistes Français. Concurrently to these exhibitions she was also sending works back to Australia. Most of these drawings were exhibited at the Anthenaeum Gallery, with other minor exhibitions occurring at Hordern’s Gallery and the South Australian Society of Arts. 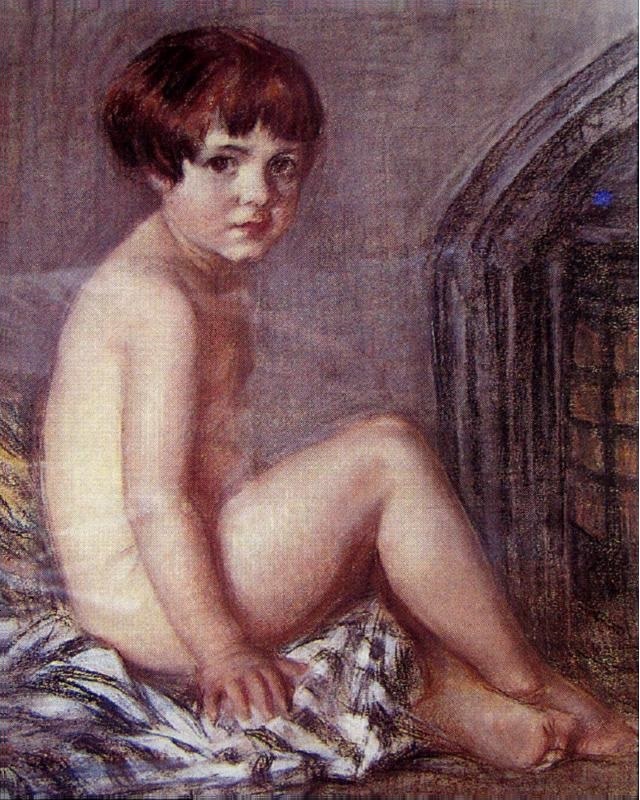 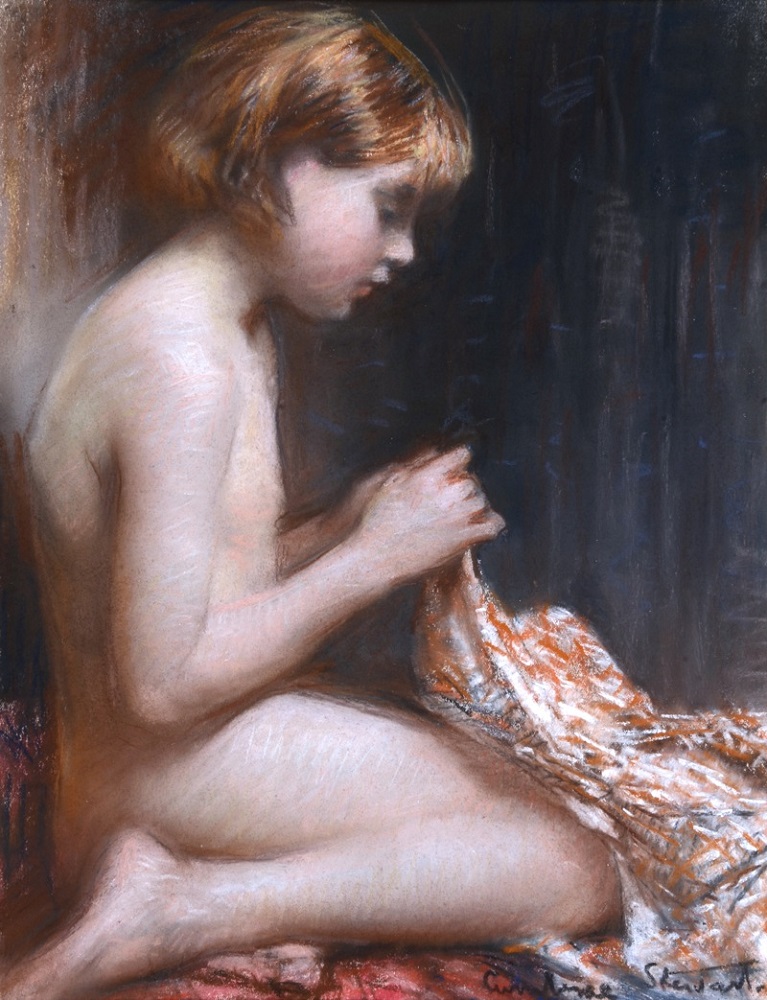 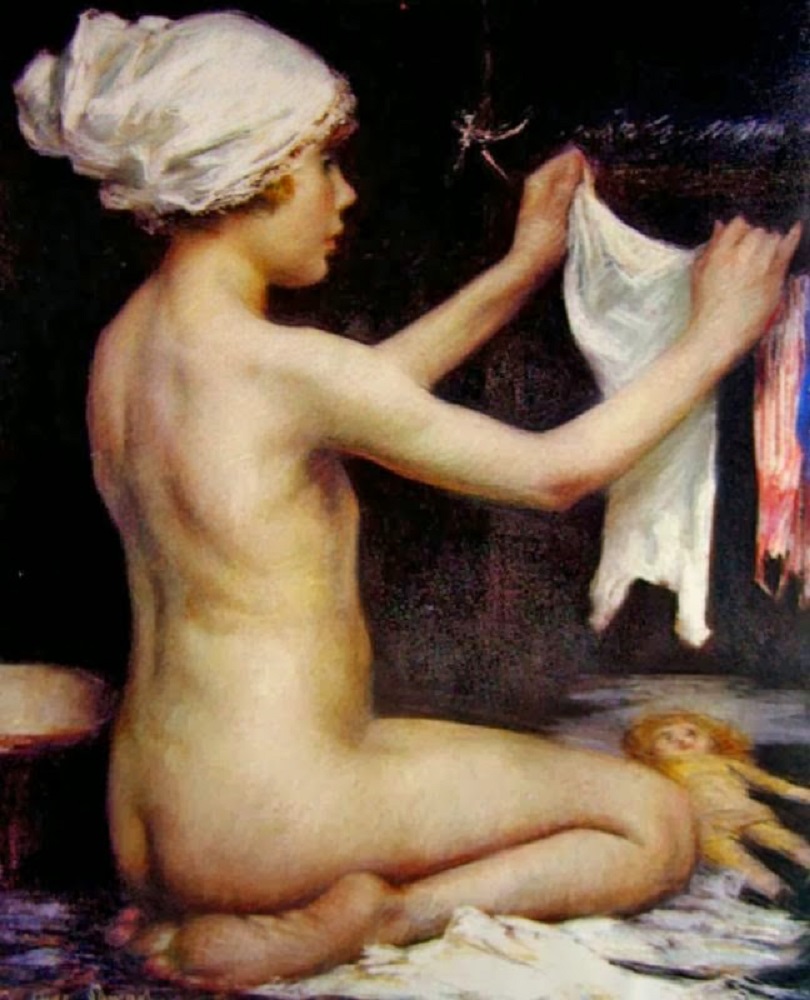 At some point after her arrival in London and 1930 her sister left and Cumbrae Stewart met Argemore Farington Bellairs, also known as Bill Bellairs, who went on to become the artist’s publicist, business manager and companion. They travelled around Europe, living in various areas, before travelling back to Melbourne in 1939. What was to be a short visit became permanent due to the outbreak of World War II. Not much is written about the artist’s life after 1940, though it is known that she was still completing private portraiture work in addition to exhibiting other works. However as she was now 57 years old, her output would have been greatly reduced. Janet Cumbrae Stewart died on the 8th of September 1960. 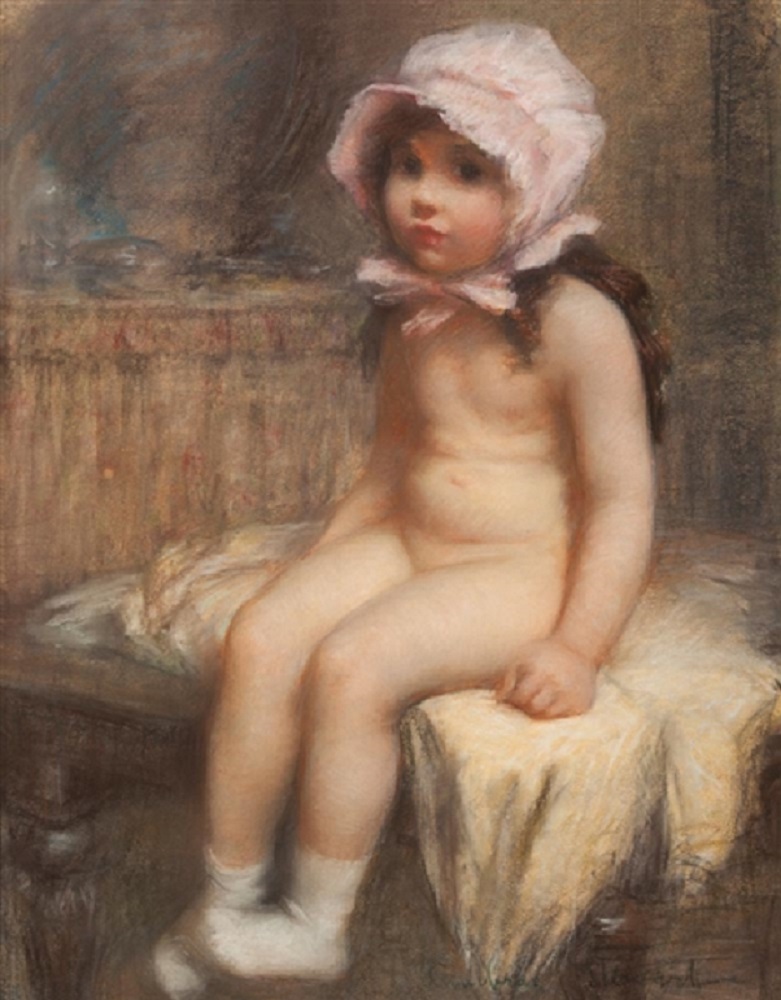 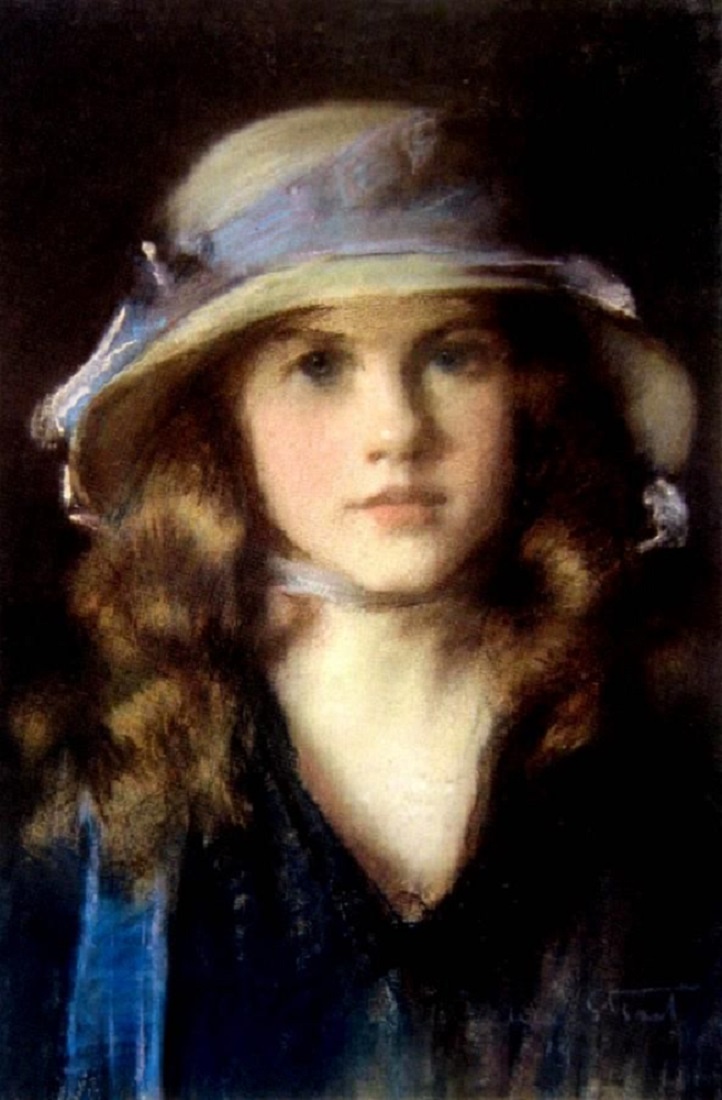 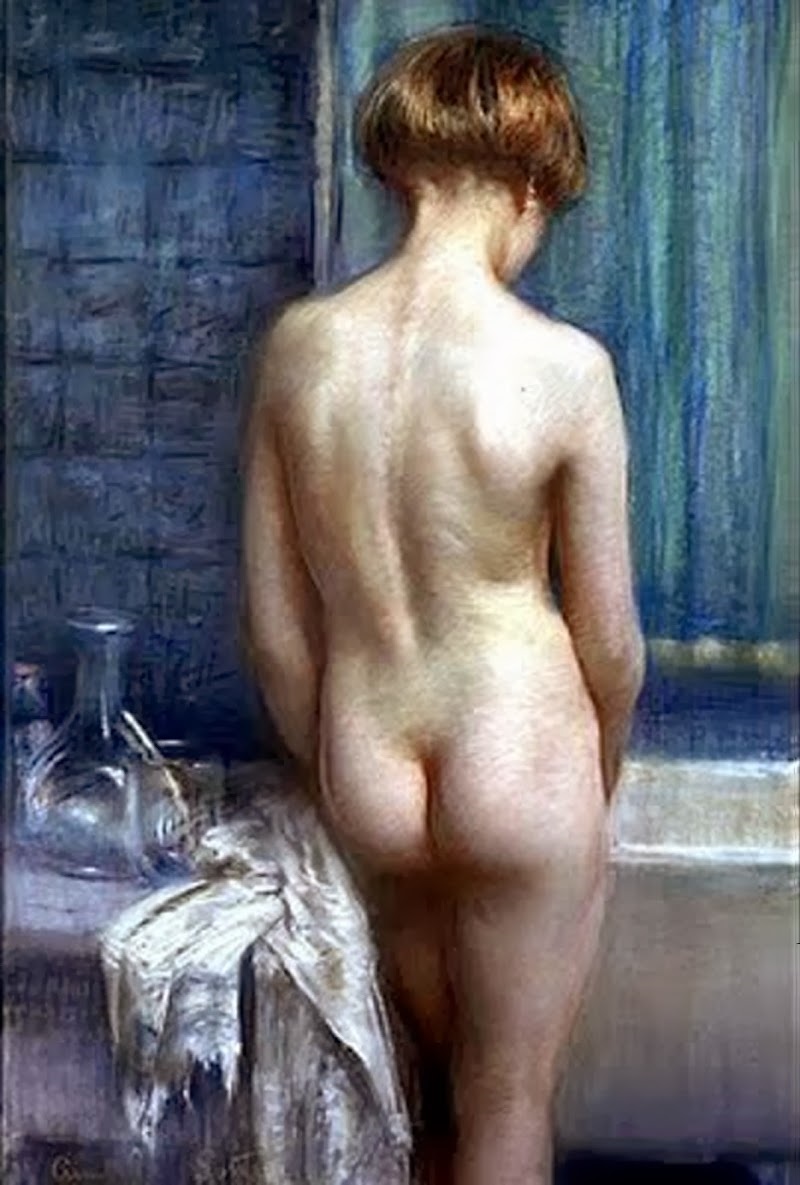 The artist was regarded as a leading artist both in the field of pastel drawings and in figure paintings, though her subjects were much more varied and this can be seen in the website galleries of the Australian Art Sales Digest. Studies of landscapes, still-lifes and portraits are all noticeable. However the most significant part of her collection was dedicated to studies of the female nude, both adults and children, in pastel. The anatomical aspect of these drawings are faultless with the skin tones soft and exact, which would likely be the main reason for her fame. When creating these images she never used photography and always worked from life. This article from The Sun newspaper describes in detail how she worked with her child models. The largest, freely available, article about Cumbrae Stewart that I have found can be found within the Trove Archive.

1 thought on “The Child Portraits of Janet Cumbrae Stewart”