Karolin Klüppel is a German artist, who to date has produced four albums of work. One of these series is called ‘Mädchenland’ and is set within the village of Mawlynnong, part of the Indian state of Meghalaya. The people of this area are known as the Khasi and are a matrilineal society, whereby the line of succession passes through the youngest daughter and results in women being the main landholders. If the daughter marries then her husband moves into her family’s house and any children that are born take their mother’s name; there is no stigma or disapproval if a woman chooses to stay single. As only daughters can assure the continuity of a clan, women are respected and protected within the Khasi community. However the society is only matrilineal, not matriarchal, as the men still lead Mawlynnong’s village council and are the main employees within the security services. 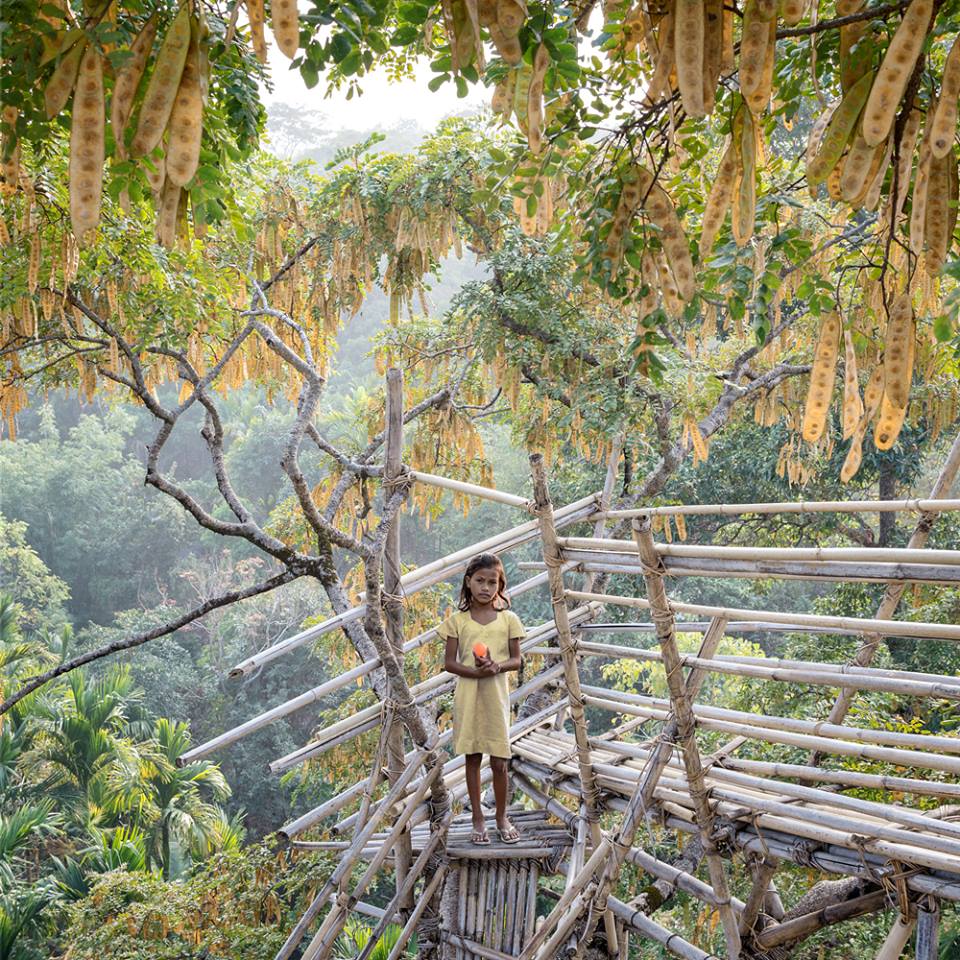 Karolin Klüppel – Wanda on the Stairs to the Treehouse (2013) 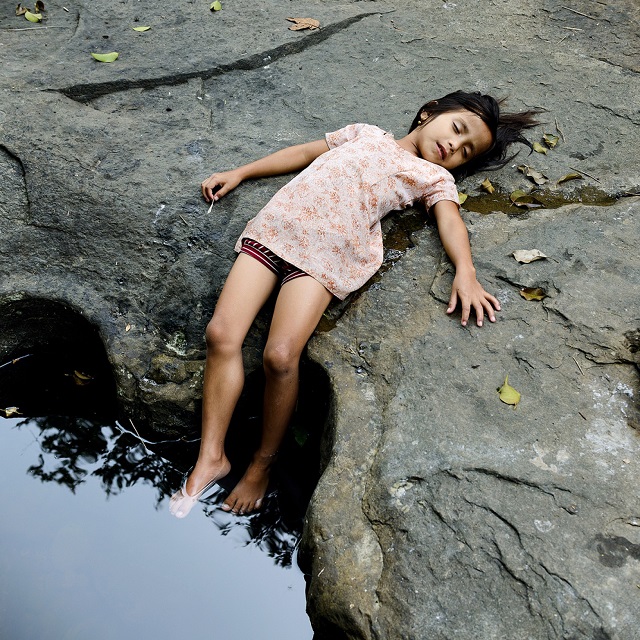 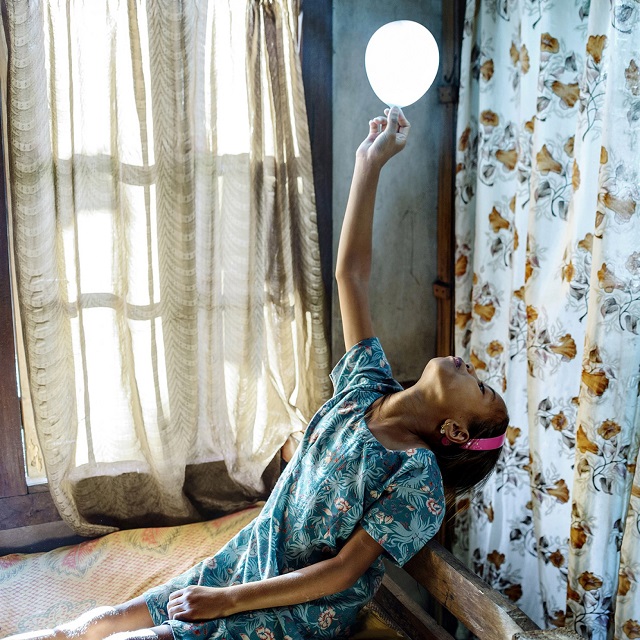 The photographer spent nine months living with various families in the village. During this time the villagers became comfortable with her presence, which allowed for the creation of some intimate and natural looking photographs. She chose to take portrait photographs of the young girls, rather than making a photo-documentation of the society, as

I did not want to do a classical documentary on their culture, … I decided to make a portrait series of the girls because I was so impressed by their self-assured appearance and thought that this must be how matrilineality becomes visible.

The images show the children as they interact, play or simply stand within their environment and homes, thereby displaying Mawlynnong’s physical beauty just as much as the girl’s individual beauty. These girls do get schooling, first in the village school until their teens, then they travel to the state capital for higher education, after which they can choose to go to college or return to Mawlynnong. 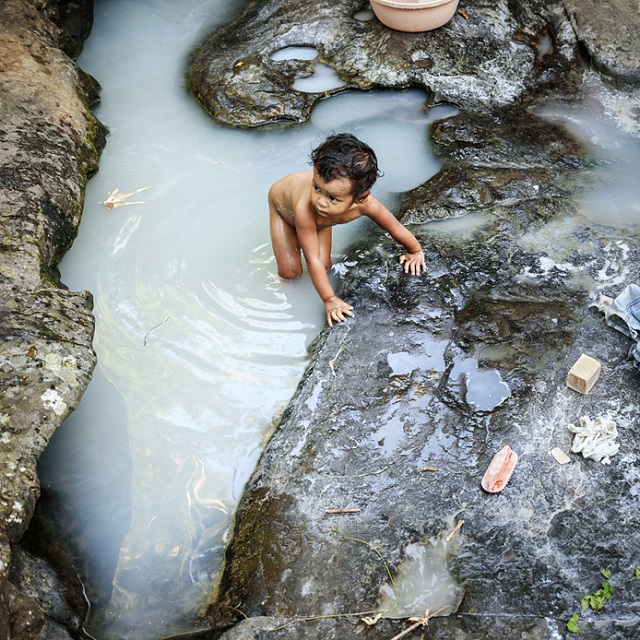 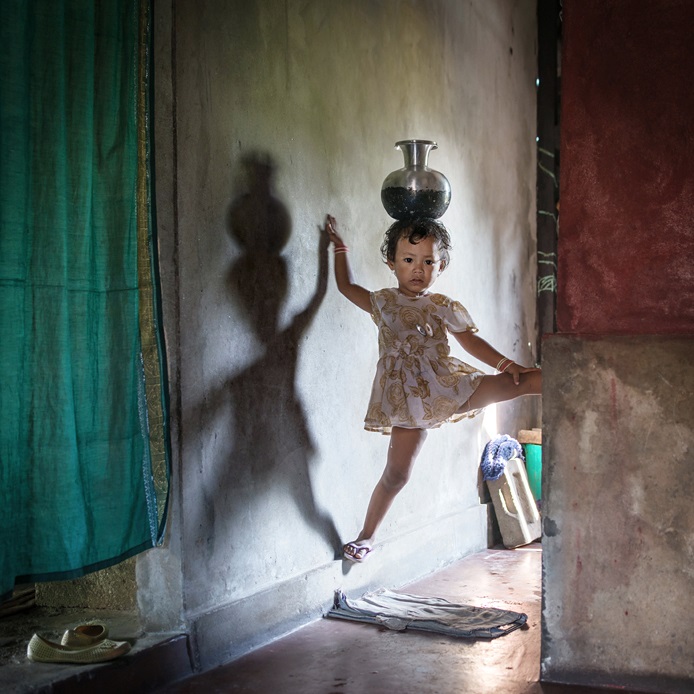 After its inaugural exhibition ‘Mädchenland’ has gone on to become a multi-awarded and exhibited series and was also published as a book entitled Kingdom of Girls. ‘Mädchenland’ is Karolin’s second series that is focused on a matrilineal society with her previous work, entitled ‘Dabu’, documenting the elderly Mosuo, who live around Lugu Lake, part of China’s Yunnan and Sichuan provinces. A more detailed article about Mädchenland, with fourteen high resolution images, can be found on The New Heroes and Pioneers website.

3 thoughts on “Portraits from a Jungle Paradise – Karolin Klüppel”