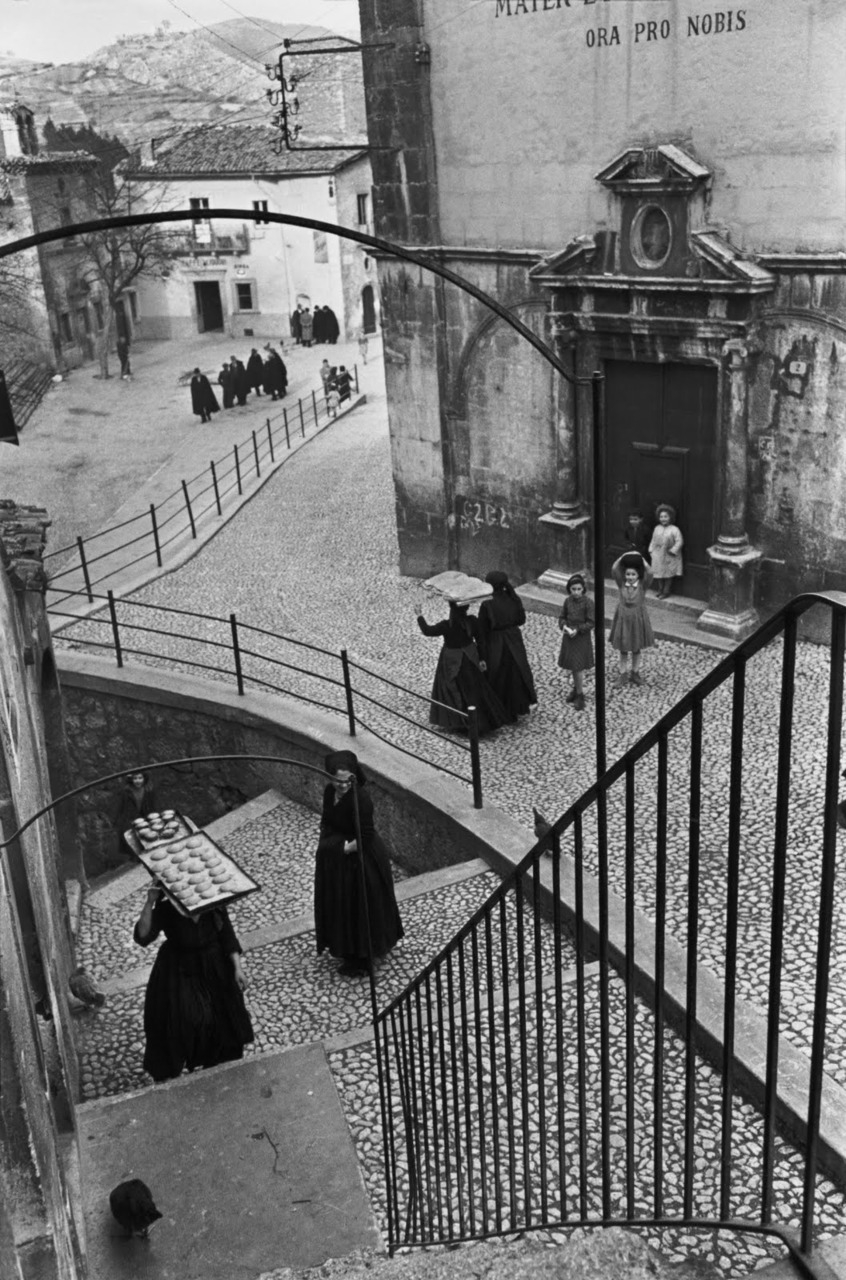 Difficult and unspectacular, the Distant Figure is a motif that, by its very nature, demands neglect.

Yet it is a motif that we constantly encounter in our lives and which provokes strong emotions: when we leave our homes, are not most of the people we see far away? And have we not all had dreams in which the sight of a friend walking away, unaware of our presence, too far off to hear us calling, fills us with unbearable melancholy and loneliness?

Distant figures are also surprisingly common in art, especially in photography: the further away the camera probes the more the world is promiscuous, the more space there is for some stray figure to occupy. If the challenge of Still-Life is, what to include within a constrained setting, the challenge of Landscape Photography is, what to do when one has no power to exclude, but only to wait or change one’s viewpoint.

In real life we know that a child who occupies only a fraction of a percent of our field of vision is no less a person than the child whose hand we are holding. And we know that in real life the distance can be bridged by taking suitable measures, such as calling out, waving, running or sometimes just waiting.

But in photography the distant figure will never come closer or be reached: physical distance becomes existential distance. And as figures recede, first their individuality then their humanity is lost. Further on they register as just blurs and smears. Finally they disappear.

In Cartier-Bresson’s photograph every girl in the scene has noticed the photographer—who, being 42 when he took this photograph, was still young enough to catch a girl’s eye. Everyone else seems oblivious to him. As if to underline this, the only adult eyes we are in a position to see are crossed out by the wire-work arch at the bottom of the steps.

The three girls stood in front of the church door engaged with the photographer from a distance that balances caution and curiosity. Above them we read the invocation to the Virgin Mary, ‘Ora pro nobis’. According to ancient Jewish custom Mary was betrothed to Joseph at the age of 12—not much older than the eldest of these girls.

One of the girls is making a gesture reminiscent of the women carrying trays of loaves on their heads, and which echos the metal arch in the foreground, the lintel above the church door and the curve of the distant mountain. Her gesture at first appears playful and balletic. But a closer inspection reveals that she is actually holding in place upon her head something large and dark. Her gesture is one of burden, not of grace.

A fourth girl has turned a corner and is emerging ‘de profundis’. Her upturned face catches the light and is joyful, as if she had just turned the corner and recognised the distant man with a camera as a long-lost friend.