Jessie Willcox Smith was born in Philadelphia on September 6, 1863 to Charles Henry Smith and Katherine Dewitt Smith. At the age of sixteen she was sent to Cincinnati to live with her cousins and complete her education. The artist did not have any interest in drawing at this time, therefore she studied teaching and taught at a kindergarten in 1883. By the end of the year she realised that teaching would be an unsuitable occupation. Jessie discovered her talent for drawing by accident. One of her cousins was an art tutor and this cousin asked the artist to chaperone her to and participate in a private art lesson. At the end the lesson it was noticed that her drawings were very good and when her friends saw the drawings they strongly encouraged her to study art.

In 1884 Jessie moved back to Philadelphia to study at the School of Design for Women, now called Moore College of Art and Design, however she found this school to be unsuitable for her interests and transferred to the Pennsylvania Academy of the Fine Arts. While there she had her first image, entitled ‘Five Little Maidens All in a Row’, published in St. Nicholas Magazine.

Jessie Willcox Smith – Five Little Maidens All in a Row (1888)

Jessie graduated in 1888 and took a position in the advertising department at Ladies’ Home Journal where she finished rough sketches, prepared advertising art and designed borders. While working there she was also actively approaching publishers with her illustrations. The publisher Lee and Shepard accepted some of these images and they appeared in a book entitled New and True, by Mary Wiley Staver. Wishing to improve her drawings the artist enrolled in Saturday afternoon classes at Drexel University, where she was taught by Howard Pyle. She studied there from 1894 to 1897, during which time her illustrations became much more realistic looking. Pyle would actively go out and get commissions for the students that he considered to have good artistic abilities and he did this for Jessie when he secured her the job of illustrating, in partnership with Violet Oakley, the book entitled Evangeline, which was published by Houghton Mifflin in 1897.

After graduating from Drexel Jessie was offered a teaching position there, however, due to her teacher’s help in finding illustration contracts she had achieved some success, so declined the offer. Her new-found financial stability allowed her to leave the Ladies’ Home Journal in 1898. At the turn of the century the artist’s work was in high demand; she was freelancing for several publishers and magazines, including completing a series of covers for Colliers. The artist knew that she could get recognition and contracts by displaying her works at exhibitions. Her artworks received national attention at the Charleston Exposition where one received the Bronze Medal for painting; this would be her first of many awards. Advertising commissions were another source of income and she produced a series of advertisements for Ivory Soap, Kodak and Cream of Wheat. Displayed below is her advertisement for Standard Sanitary Manufacturing Company.  This charming image was so well received it was reprinted in many of the popular magazines across America. 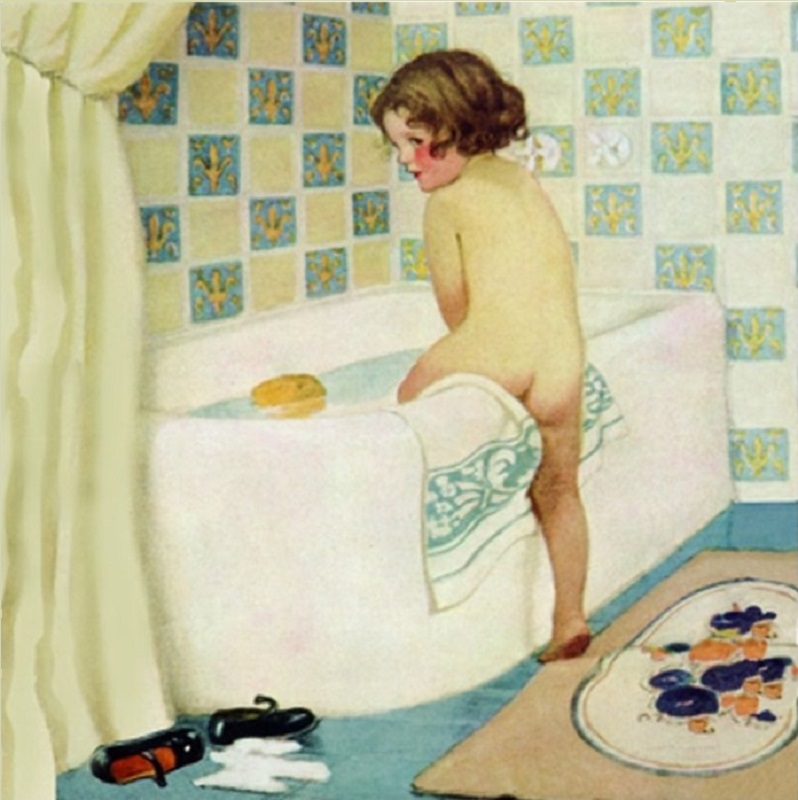 One of Jessie’s most important works during this period was a calendar called The Child, published in 1902. The calendar was a collaboration with Elizabeth Shippen Green and featured some of their most beautiful child-based images. Almost immediately after publication Stokes, a New York based publisher, asked to reprint the works as a book. Mabel Humphrey was commissioned to write a series of poems and short stories to match the illustrations and The Book of The Child was published in 1903. It became so popular that both artists would be guaranteed illustrating contracts well into the future. More recognition followed later that year when the artist exhibited at the Pennsylvania Academy of the Arts and subsequently won the Mary Smith Prize.

The majority of Jessie’s works can be found in magazines which, due to their low sales price, were a popular form of entertainment at the time. As women were the main readership of magazines, editors would seek out women artists who could produce the images that these readers desired to see. The artist’s sentimentalised and idealised illustrations neatly fitted into this requirement and she was constantly in demand. An example of this demand can be seen in 1905 when she was commissioned to work exclusively for Colliers. However she felt that this was a restriction on her art, as she had to decline several other projects because of this work agreement; therefore in 1907 she ended the contract and went back to freelancing. The decision to go back to freelancing was a good idea as she received a commission from Good Housekeeping magazine, which eventually lead her to create every cover image for this magazine from December 1917 through to April 1933, becoming the artist with the longest consecutive run of magazine covers. Some of these covers can be found at the Good Housekeeping website.  She also produced a series of Mother Goose drawings for this magazine, which were then reproduced in the book entitled The Jessie Willcox Smith Mother Goose, published by Dodd, Mead, and Company in 1914. 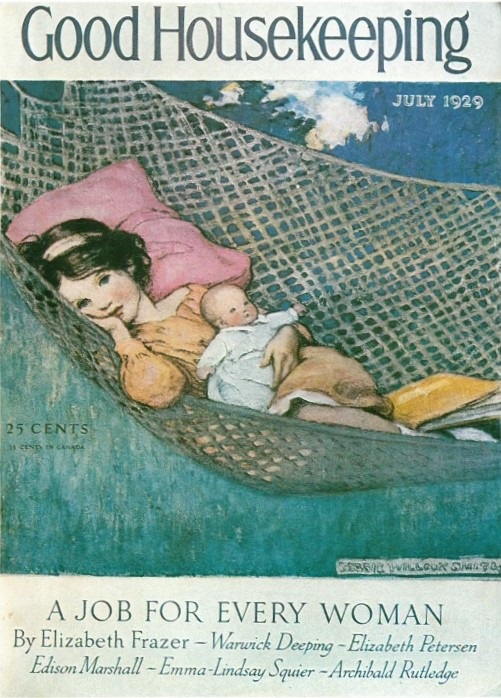 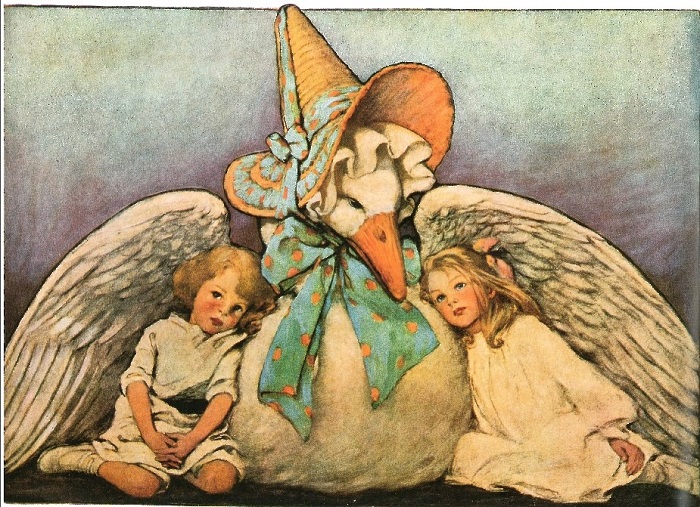 Book illustrations were a major source of income for Jessie with about fifty books known to contain her images. Her most well-known book illustrations appeared in The Water-Babies. Published in 1916 by Dodd, Mead, and Co., the book was of high quality and the images, printed on glossy paper, displayed her technical abilities and proficiency at using mixed media more than any other published works. The artist must also have considered these to be some of her best works as she bequeathed all twelve of the originals to the Library of Congress, which are now viewable online. Many of the books by Jessie were produced for a global market and there was such high demand for some that many reprints occurred, even now you are able to find some of these reprints. As she was being paid royalties for all these re-releases and wanting to spend more time on private portraiture commissions, she largely stopped producing images for books in 1925. The books containing her illustrations that did appear after 1925 would only have a few images, usually as a frontispiece or dust wrapper. I also suspect that old age—she was sixty-two in 1925—and the demands of having to create multiple original illustrations in a short amount of time would also be a reason for stopping book contracts. 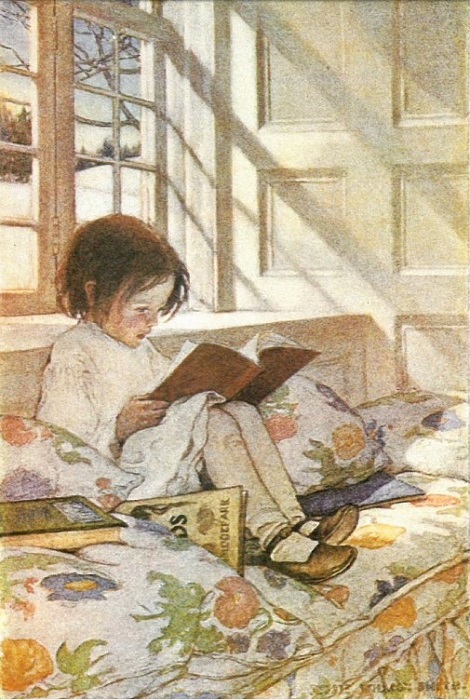 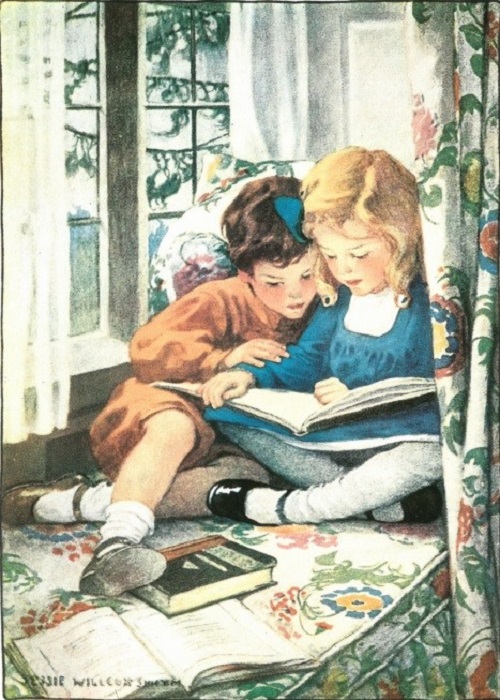 Having rarely travelled, the artist was eventually convinced by friends to go on a European tour, accompanied by a trained nurse. Rather than having a positive affect, this journey simply made all her health problems worse and two years after returning she died on May 3, 1935, at the age of seventy-one.

Smith’s style changed a lot through her career. At the start of her working life she would create black and white images in charcoal and her colour images were mostly watercolours with pen and ink outlines to highlight objects and people in a style often described as “Japanesque”. In later works she became skilled in mixed media, overlaying watercolour and oils on charcoal to get the desired effect. The artist would rarely use professional models and greatly disliked them. When talking about professional models in an interview she expressed the opinion that

Such a thing as a paid and trained model is an abomination and a travesty on childhood – a poor little crushed and scared, unnatural atom, automatically taking the pose and keeping it in a spiritless and lifeless manner. The professional child model is usually a horribly self-conscious, overdressed child …

Instead she would use the children of friends and from some of the wealthy families of Philadelphia, she also adapted or reused paintings from her portraiture work, as these children created highly natural and realistic images. She would also photograph and do quick sketches of the children as they sat and played in her studio and gardens which would become part of a large file of images to use when she did not have models available. It is not known why most of her images featured children, though it can be presumed that she did have an intense love for them, based on her first career choice of teaching young children. Having children as models could also have filled in for the lack of her own children. Additionally, she was not creating drawings due to market demands, as all magazine illustrators prior to Jessie’s appearance produced images of women engaged in household work, yet these painters kept receiving contracts despite the absence of children. 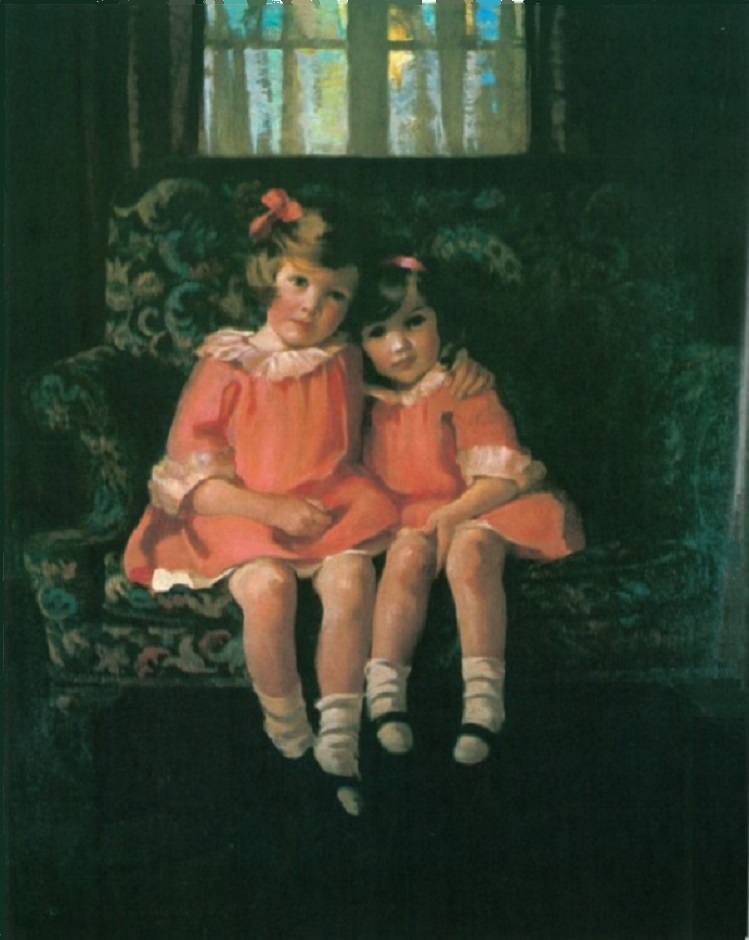 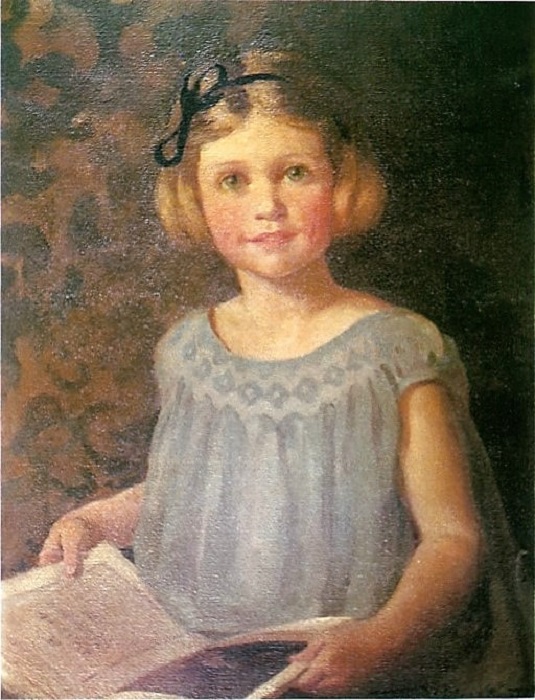 When compiling this work, I extensively used two books these are: Jesse Willcox Smith: American Illustrator (1990) by Edward D. Nudelman, printed by Pelican Publishing and Jessie Willcox Smith (1977) by S. Michael Schnessel, printed by Studio Vista. Both books have several dozen images by the artist and extensive biographies with Schnessel’s book containing the most written information. I also found that at least twelve of her books have been digitised on archive.org, this includes some of her most well-known works. Lastly, when referencing her first published illustration many sources say it is ‘Three Little Maidens’, however, I have said five as this was the number mentioned in both biographies and the accompanied image clearly shows five children.

Few images from The Book of the Child appear on the internet.  Two of the images appear on Pigtails’ 5th Anniversary post, one from Smith and one from Green.  The remaining images will be published on this site as time permits.  -Ron