Bessie Collins Pease was born on April 8, 1876 in Philadelphia, Pennsylvania, the daughter of Horace Collins Pease and Margaretta Darrach Young. The artist showed an early interest in art and by the age of sixteen she had entered and won many prizes at amateur art competitions. Her formal art training began in 1893 when she commenced her studies at the Philadelphia School of Design for Women. In 1896 Bessie decided that New York would be the best place to pursue her art career and after moving there she started two years of study at the New York School of Art.

The artist’s first paid work came from illustrating name cards and place cards, painting people’s portraits, as well as creating images for newspaper and magazine advertisers. After completing her course at the New York School of Art she enrolled at The Art Students League of New York. While studying there she met her future employer, Bernhard Gutmann, who after observing her portfolio of work invited her to work for his business. The firm Gutmann and Gutmann, formed in 1902 by Hellmuth and Bernhard Gutmann, was an art print business and Bessie was employed as a commercial artist to create fine art prints, illustrations for magazines and books, while still accepting commissions from other firms. In her first four years of employment she created at least fifty images for magazines and illustrated eight books, two of which were very popular at the time of publication and are still well known today. The first book is A Child’s Garden of Verses by Robert Louis Stevenson, published in 1905, which was also her first book commission, additionally there is the 1907 publication of Alice’s Adventures in Wonderland. In 1906 she married Hellmuth and changed her signature from Bessie Collins Pease to Bessie Pease Gutmann. 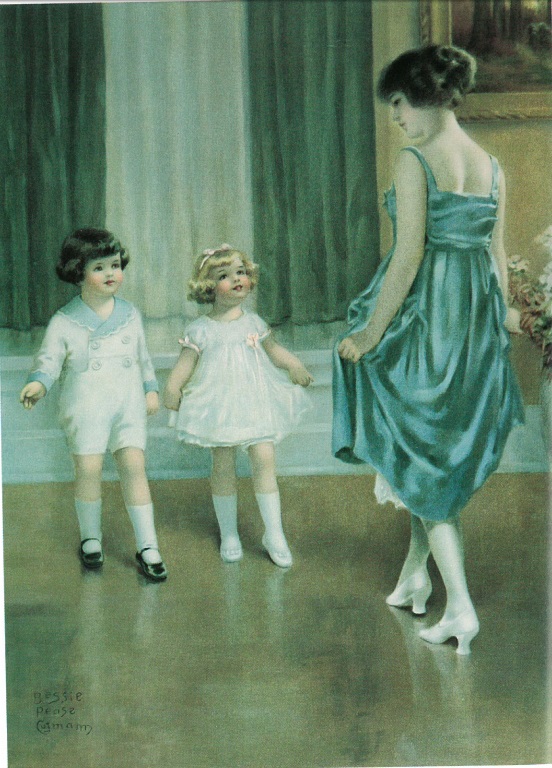 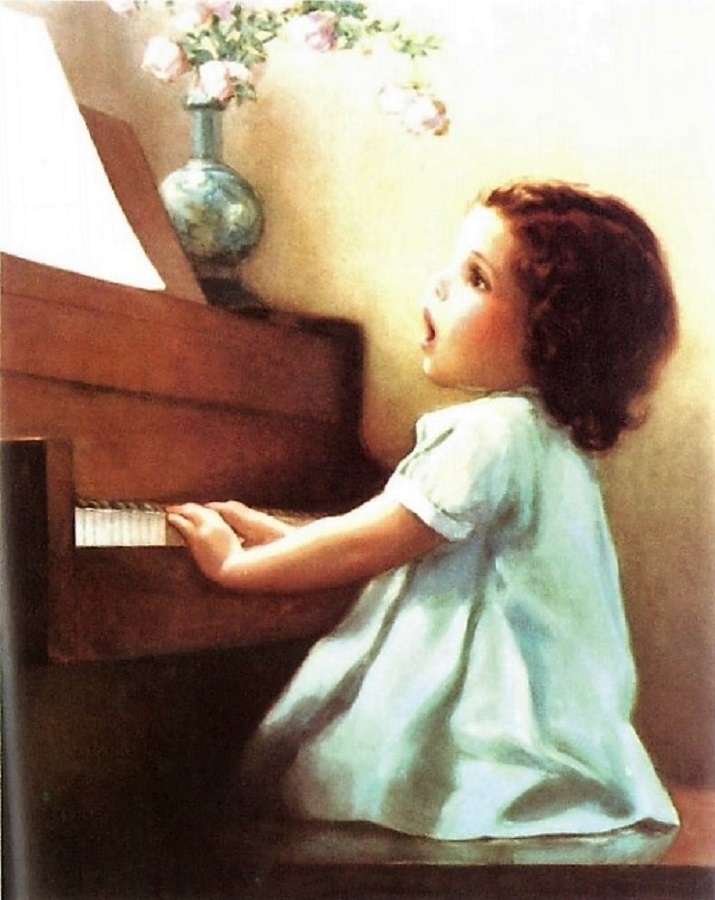 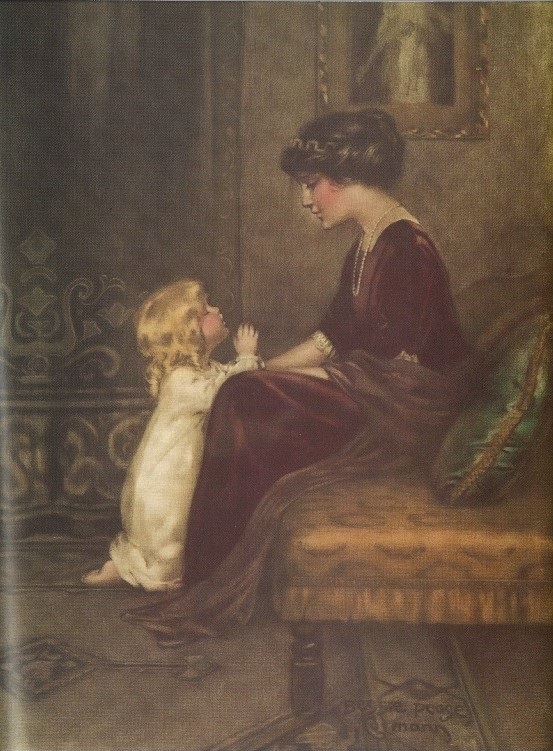 Between 1906 and 1920 her art adorned 22 magazine covers including Pictorial Review, McCall’s and Woman’s Home Companion, among others. The artist’s cover work brought her recognition and awards, both in the United States and Europe. Additionally, during this period she produced seventy-two postcards that became some of Gutmann and Gutmann’s most highly sought after and profitable products. The popularity of these postcards can be attributed to the fact that her illustrations avoided the social issues of the day, which in others was a common theme. The postcards had a broad range of subjects and could be purchased either singly or as a series. The groups entitled ‘The Five Senses’ (1909) and ‘Events in a Woman’s Life’ (1911) became so popular they were framed and sold in the department stores of New York City and Boston. Due to the high demand for these products at least ten different printing firms had to be used with Reinthal and Newman from America, Charles A. Hauff and The Alphasa Publishing Company of London being the principal printers. These works helped to popularise her images and therefore her sales of art prints also increased.

Bessie’s work was at its height of popularity in the 1920s. During this time the artist focused almost exclusively on producing art prints. There was no record kept on the number of copies that were printed or sold, but it has been estimated that the total number of prints, for images like A Little Bit of Heaven, The Awakening and In Shame, would number in the millions and were sold on a global scale. These huge numbers mean it is still possible to buy many of Bessie’s prints today and for less than one hundred dollars. Though famous for her images of babies and toddlers these are not the only subjects she focused on. Mothers with babies, cherubs, brides, war and religious themes as well as a small number of colonial America illustrations also appear in her portfolio.

Bessie’s popularity started to decline in the mid-1930s as America, and the rest of the world, started to take an interest in art styles that neither she nor her employer had any interest in producing. The war further hindered art production by restricting the amount of quality art paper and labourers needed to produce prints. In 1948 Hellmuth died, and thus Gutmann and Gutmann was sold, and the artist retired from commercial work.  However, she did continue to paint what she called her “relaxation art.” These images where mainly floral and fruit arrangements, still-lifes and landscapes. Bessie Pease Gutmann died on September 29, 1960, at the age of 84. 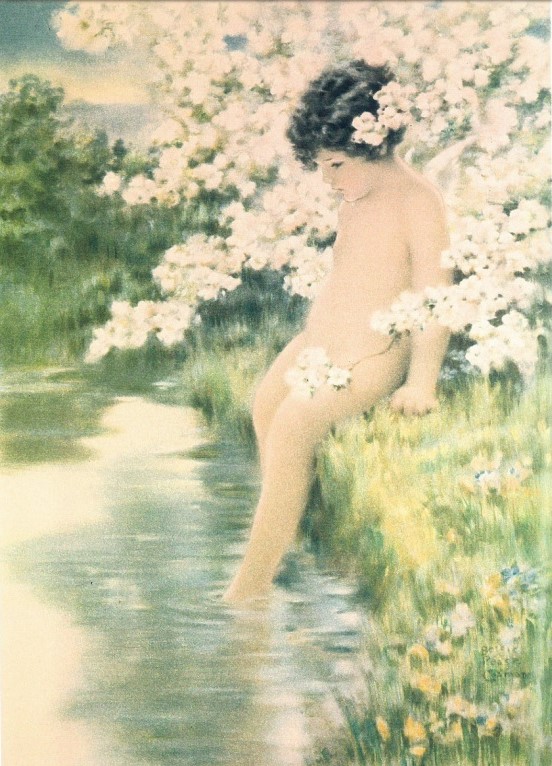 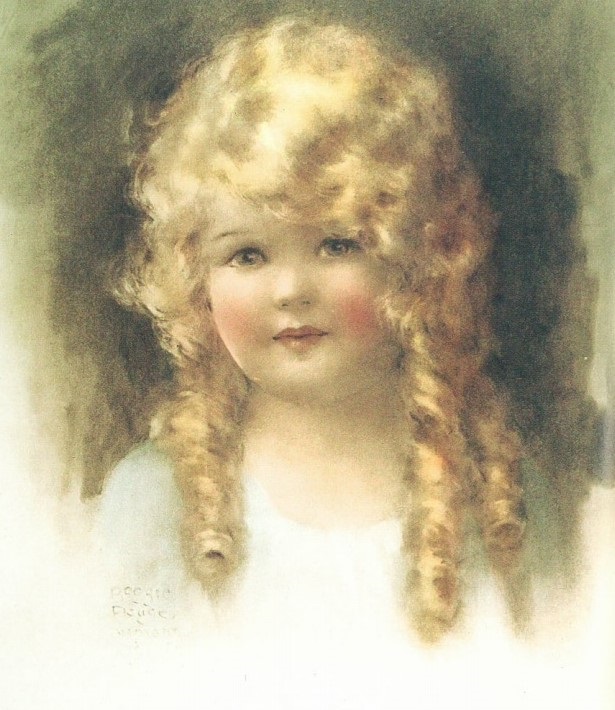 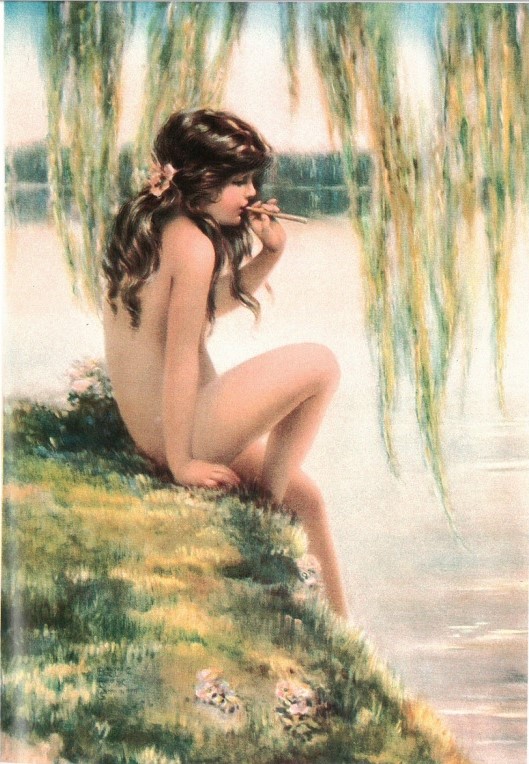 The artist used many different forms of painting media in her works. At the beginning of her career she was using watercolor paint with ink and pen outlines while her most popular works were created with charcoal pencil and then applying a light watercolor wash. When making her images she differed from other painters as she worked from photographs rather than models. She always carried around a camera and was constantly taking pictures of nieces, nephews, her own and friends’ children in various natural and unposed situations. Bessie kept an album of these photographs which she could study for use in future paintings. Below is an example of one such photograph and the resulting painting. 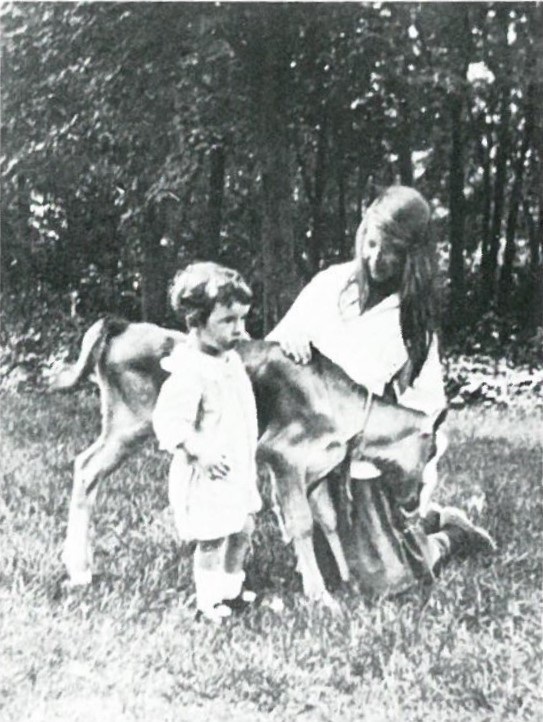 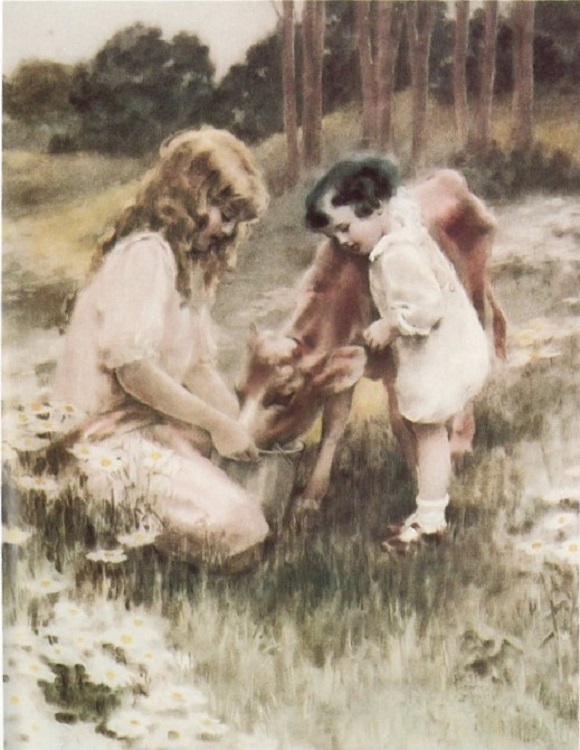 There is little information about the artist on the internet, therefore people wanting information should look at the book Bessie Pease Gutmann: Her Life and Works by Victor J. W. Christie which contains the most information. Other resources of use can be found at her Wikipedia page.