With our recent troubles, my thoughts have been occupied with those guardian angels who have helped us in the past and those who continue to do so today. Therefore this post is dedicated to “Liquid” who handled the technical end of getting our site up and running again after first being shut down by WordPress. In one of our few communications, he mentioned one of his favorite films starring a sweet little girl called Maisie. What Maisie Knew (2012) is the latest remake of a story based on a novel by Henry James. It is about a neglected girl who bonds with her nannies and, in the end, exerts her independence by expressing her wish to stay with them. The theme of the story reminded me of a film years ago called Irreconcilable Differences (1984) starring Drew Barrymore. This inferior film starred Shelley Long and Ryan O’Neal as Casey’s parents. It had a clever hook; at the time, there was a California law that allowed for minors to “divorce” their parents and take adult responsibilities for themselves. The intent of this law was for older teens—who were close to legal adulthood anyway—to escape the abuses of the foster care system or neglectful parents. The unusual thing in this story was that the girl suing for emancipation was 9 years old. Her wish was to live with the housekeeper and her children. It is an intriguing idea but the fact of the matter is that this movie was guilty of child neglect itself. Instead of telling the story from Casey’s point of view, her testimony was simply used to showcase the retelling of the drama of her parents’ relationship working in the brutal world of Hollywood film production. 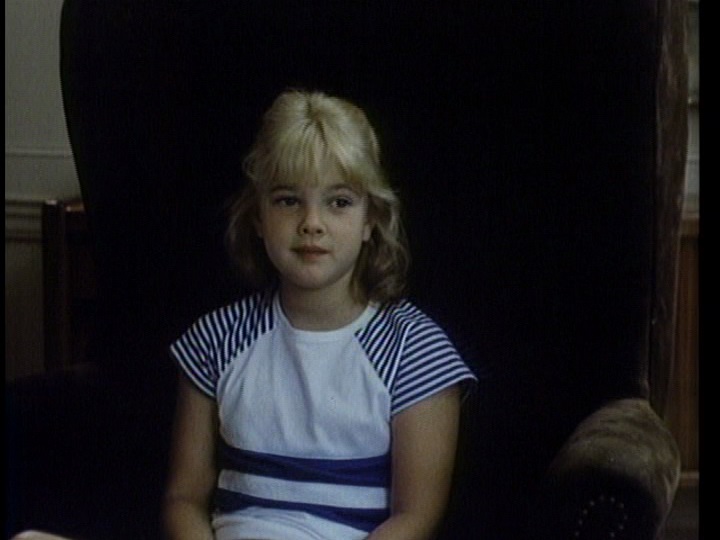 On the other hand, the latest incarnation of Maisie directed by Scott McGehee and David Siegel, screenplay by Nancy Doyne and Carroll Cartwright, was a delight. Six-year-old Maisie (Onata Aprile) gave a skilled and convincing performance. Her mother Susanna (Julianne Moore) is in an updated role as a music diva engrossed in her career. It was decided that the early scenes should reflect her parents’ more nurturing sides. Although Moore is a performer, this was the first time she was recorded as a singer—singing a bedtime lullaby.

Maisie’s father Beale (Steve Coogan) was a high-stakes business man travelling all the time. One of the motifs of the film was that Maisie should be surrounded in animal imagery to accentuate the difference between her world and that of the grownups.

Aprile was a remarkably disciplined actress for her age. She had barely turned six when she was cast. Her mother Valentine Aprile dedicatedly ran lines with her and was present on the set during shooting. Valentine played a small role in the film as one of the mothers of Maisie’s classmates.

The only time Onata’s discipline would be broken was when food was present. Good directors of children know how to make use of these foibles and there were a number of ad libs that made it into the final cut—usually the girl’s idle but effective manipulation of the various props—making her performance that much more real. For example, while assembling a peanut butter sandwich, Aprile could not help licking her fingers.

We are introduced to Margo (Joanna Vanderham) in the first scene.as Maisie’s nanny. At first she is working for the mother but, as an added bit of turmoil in Maisie’s life, she falls in love with and marries Beale and thereafter is only present in the father’s household. Instead of the girl’s father properly explaining the situation, Margo is left to look after Maisie’s well-being by explaining things the best she could.

With Margo living with the father, one of Susanna’s groupies Lincoln (Alexander Skarsgård) was abruptly tasked with running domestic errands including shuttling Maisie around. The first time he did this, no one was informed so Margo and the school personnel were quite nervous about turning over custody without some verbal confirmation from Susanna. These days, we are so conditioned to expect the worst since the decision to send Lincoln was made in haste and we did not really know him yet. There are two amusing details about the Aprile-Skarsgård relationship. For some reason Aprile really took to Skarsgård and loved spending time with him on and off the set. One of the demonstrations of her skill as an actress was persuading us that she was actually nervous about being passed off to Lincoln. The other thing was that Skarsgård was quite tall and getting the two of them together in the same shot was a continuous logistical challenge.

During the course of the film, Maisie is seen spending a lot of quality time with her nannies—sometimes at the same time. In these scenes, she is actively involved with the adults. In contrast, except in those cases when the parents are lavishing her with compensatory attention, whenever Maisie is observing the adults, the directors established the convention of shooting her behind some kind of obstacle or barrier to help convey this alienation.

The neglect becomes progressively more horrific as Susanna goes on tour and Beale travels overseas. The situation reaches a climax when Maisie’s mother leaves her unattended at the bar where Lincoln works because she neglected to confirm the arrangements. Beale’s neglect takes its most severe form when Margo is locked out of their apartment and cannot get in because he did not bother to put his own wife’s name on the lease. Aprile really enjoyed those scenes with the young couple and movie-goers begin to realize that they had fallen in love during the course of this drama. By all accounts, this is when Aprile gets to display her real personality. She was reported saying that she hoped her next film would be a happier one because she dislikes having to be “so sad” all the time in this one. While both parents were away, Margo took Maisie away on a kind of retreat to a beach house on Long Island owned by her uncle; they are shortly joined by Lincoln.

When Susanna arrives later in her tour bus, assuming that Maisie would be delighted at the prospect of joining her, she is surprised to learn that she would rather stay with Margo and Lincoln. In a frank and heartfelt moment, Susanna finally realized how unhappy Maisie had been and in a selfless act of love, allowed her to stay with them.

The point of James’ novel was to show an uncharacteristically self-possessed little girl take a hand in her own happiness. Although her future was far from certain, she at least had some say in shaping it. At the end of the pier was docked a boat and in the last shot, she is shown running toward it in anticipation of another outing, another adventure.