Carolus-Duran (born Charles Auguste Émile Durand in Lille, France in 1837) was an academic realist painter who focused primarily on portraits of French high society, but he occasionally painted nudes and mythological subjects. Here we have Hebe, the Greek goddess of youth, a fitting subject for the (official) 1,000th post at Pigtails in Paint, I think. Hebe was the daughter of Zeus and Hera—the chief god and his wife—and served as cupbearer in Mount Olympus, where the gods resided. Eventually she would marry Heracles (Hercules) and was then replaced by the beautiful boy Ganymede, who was abducted by Zeus in the form of an eagle and became not only Olympus’s cupbearer but one of Zeus’s lovers. The story of Ganymede is a fascinating one but beyond the scope of this blog. Anyway, in this lovely work, Zeus—again in the form of an eagle—serves as a perch for his young daughter as she makes her rounds serving nectar and ambrosia to the gods and goddesses of the Greek pantheon. 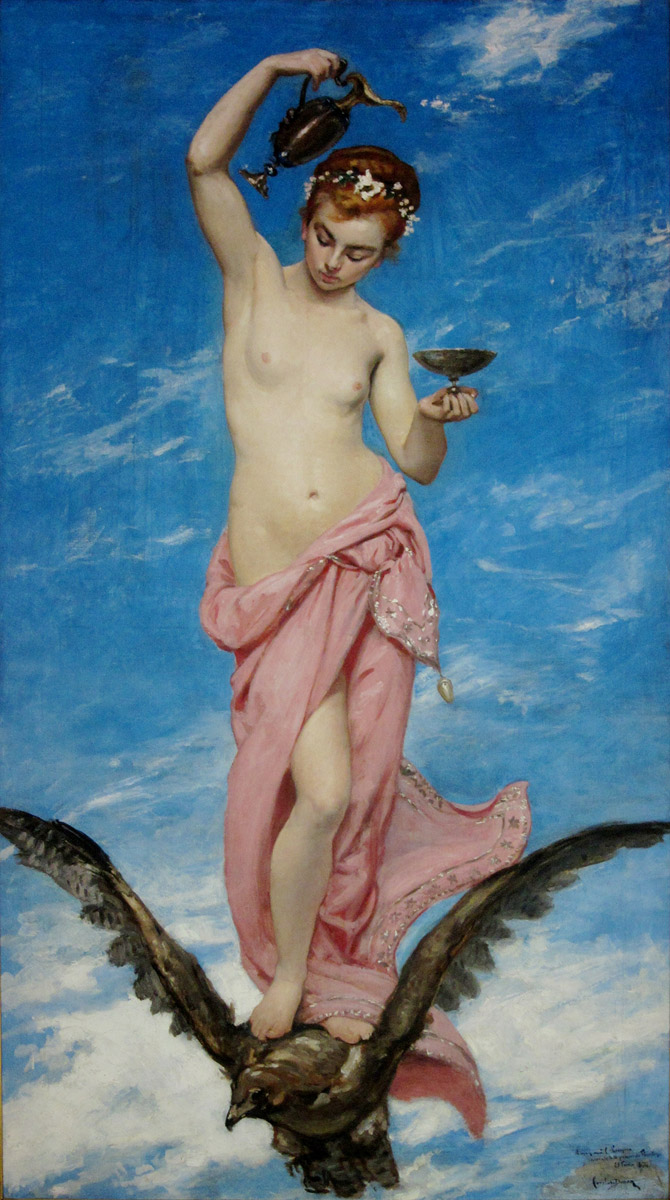 2 thoughts on “The Goddess of Youth on Her Father’s Back: Carolus-Duran’s ‘Hebe’”