Mabel Rollins Harris was a pinup/calendar artist whose most popular period was in the 1930s. She specialized in cheesecake-style women, female nudes and little girls. I confess I’m not particularly fond of her work overall. I find it generally uninspired, and I prefer strong lines and darker colors to the soft glowing look of Harris’s work. In fact, I’m not a huge fan of pastels in general. But she did produce a few notable pieces. The curly-top look of some of her little girls was clearly inspired by Shirley Temple, who was enjoying her greatest success during the same period. And the half-dressed toddlers in Look Who’s Here are fairly charming, I think. 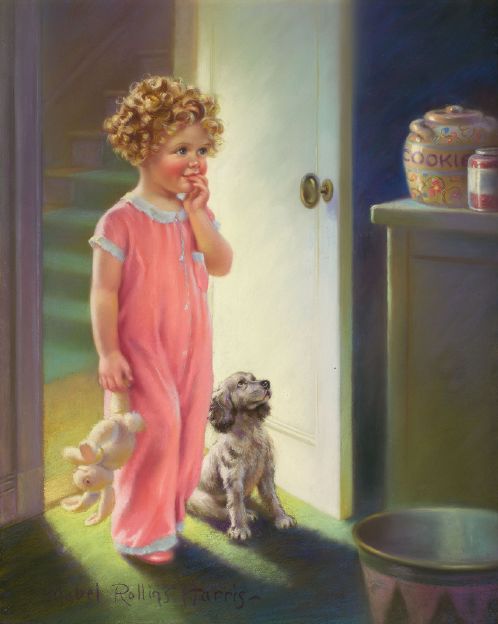 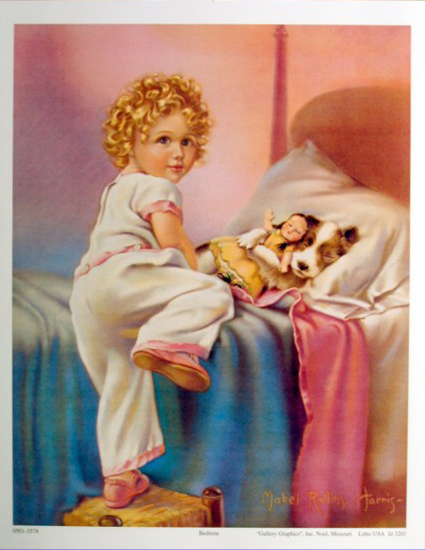 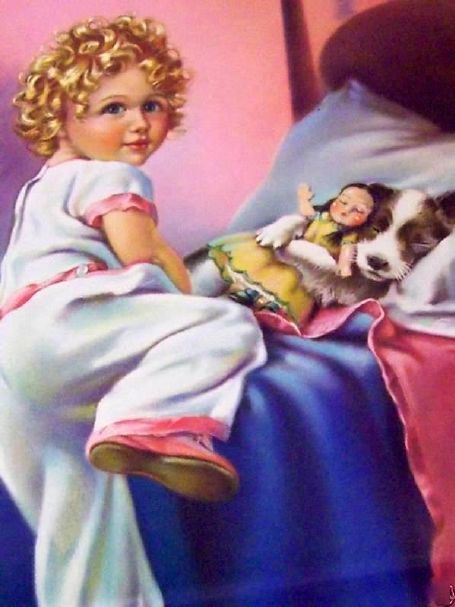 Edit: I originally had two versions of the following image posted here, neither of which I was fully satisfied with. I have now replaced them with this superior version sent to me by one of our readers. Thanks, Lester! – Pip 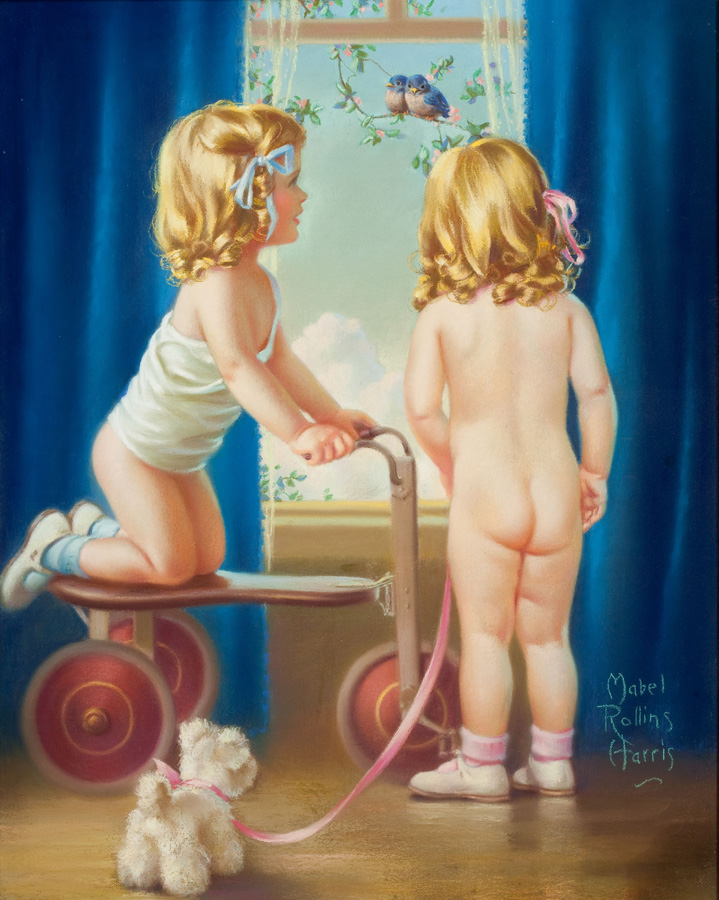 Compare Harris’s work against this piece  by William Fulton Soare, which, while rendered in the same style and medium, I find to be a much more interesting and accomplished piece. Soare studied under master artist Dean Cornwell, and it shows. 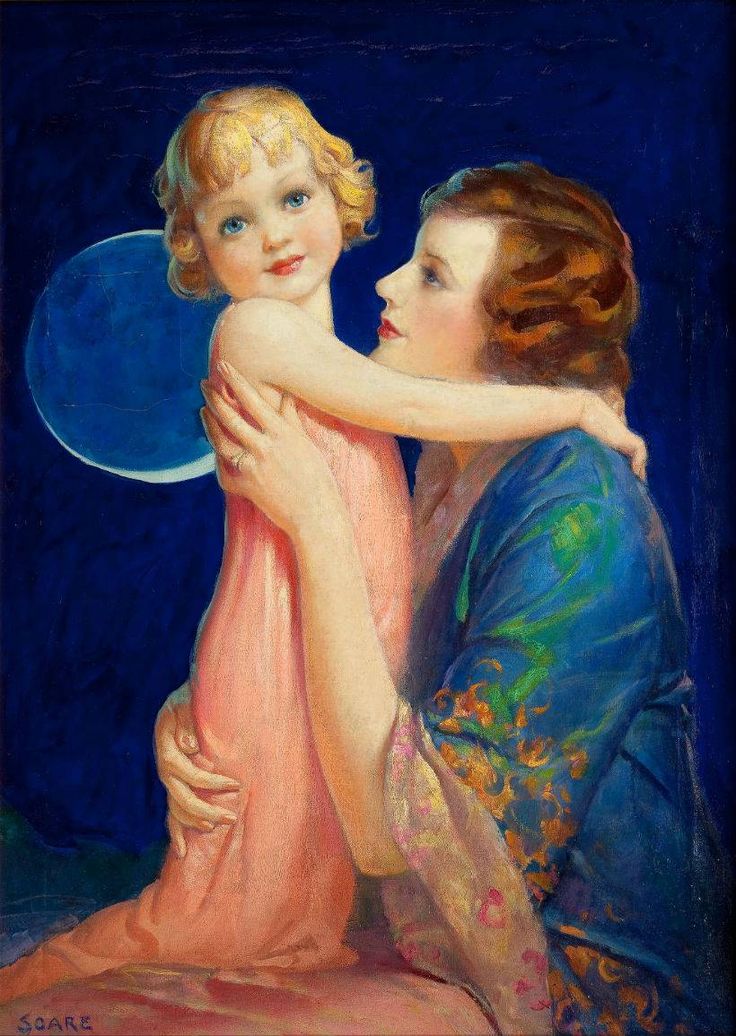