I had not intended to do a Maiden Voyages this month as I had no new news leads to share.  However, a reader just informed me about the tragic death of David Hamilton. Readers are reminded that even though I have not been active lately, I have not abandoned this site and continued leads are encouraged so that other readers may be kept up-to-date.

David Hamilton Dies: The controversial photographer who inspired so many collectors and other artists died on November 25th.  So far, the police believe it was a suicide—presumably out of despondency from the accusations of former models claiming rape by the man in their youth.  The first accusation came from Flavie Flament in a novelistic memoir entitled La Consolation where she describes the incident.  Flament would not confirm Hamilton’s identity publicly but featured one of his photos on the book cover. Given the timing of the death and the reputation of the photographer, the police needs to exercise caution about making hasty conclusions.  With what little information has been shared publicly, it seems equally likely to be an act of vigilantism.

I am not in a position to weigh in on the veracity of the rape accusations or Hamilton’s intent to sue for slander.  But such a turn of events once again brings us to the question of the value of an artist’s work.  Do the circumstances of a work’s creation have to be taken into account when evaluating it?  Whatever the facts may be, do they diminish or enhance its visceral impact?  Because of the taint of association, will the future yield no new artists who will admit to admiring his work? 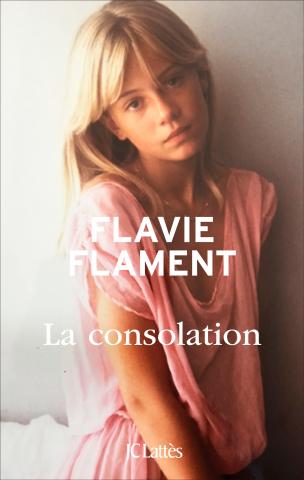 Addendum: Sometimes I get leads from readers uncomfortable with having their comments published even under an alias.  I would like to add a few details that came my way about the circumstances of Hamilton’s death: found at the scene were sleeping pills and a plastic bag (presumably for suffocation).  Also, the door was left open and it should be clarified if this is commonplace among suicides.  Additionally, there was an exhibition of Hamilton’s work scheduled and so the context needs to be cleared up: in the light of these accusations, was he looking forward to it or did he become concerned about a public lynching?  Or was this a plot engineered to put an end to the exhibition of his work and ones like it?

[170203] A reader informed me of this interesting review of the Flavie Flament book.