For those exploring the work of Rennie Ellis, the genre of child photography is not one that you would immediately think about. However, due to the large size of his portfolio the artist has made a contribution. These images rarely make an appearance in any books about the photographer—there are less than five child images in each. Additionally, they are largely absent on any of the internet sites that detail his work which probably makes this webpage the only place which brings together a collection of his child portraits. 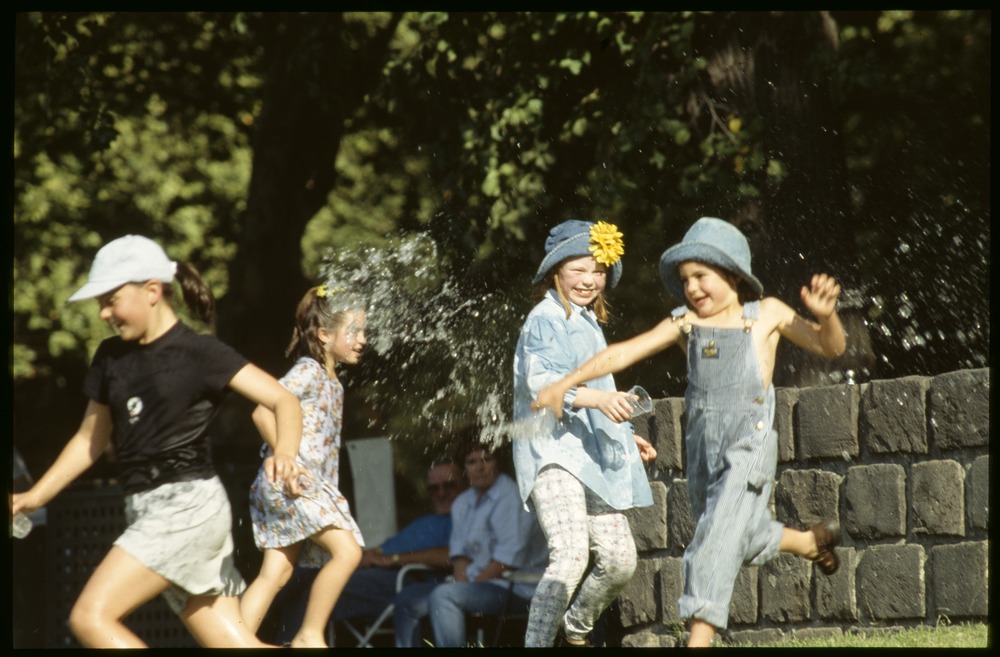 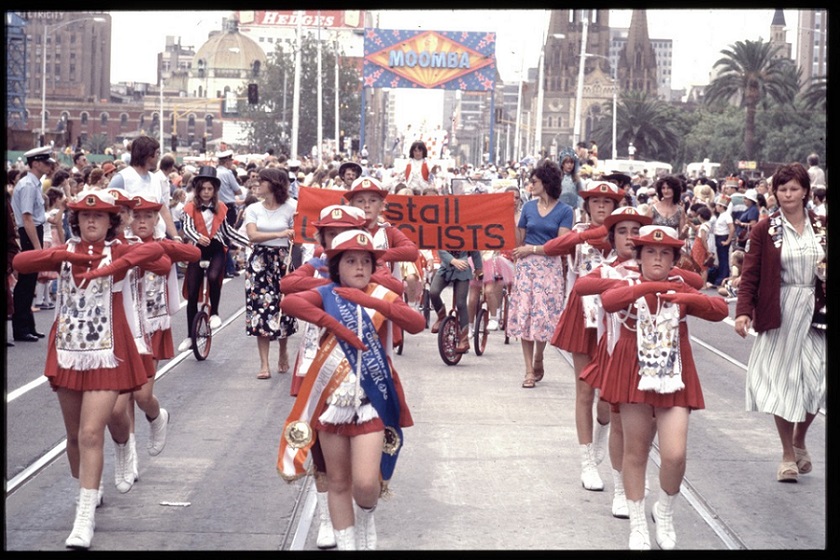 Reynolds Mark Ellis (1940–2003) was born in Brighton, Melbourne. After finishing high school at Brighton Grammar, he received a scholarship to Melbourne University in 1959. The artist dropped out of the course during his first year and started working at Orr, Skate & Associates, an advertising agency, where he stayed for three years. In order to further his knowledge he started studying advertising at the Royal Melbourne Institute of Technology. Before he completed the course the desire for adventure and other experiences took hold and he went on a two-year tour of Europe, the USA, the Caribbean, the Pacific and Asia. As a way of documenting the journey he bought a camera and started to take photographs of the places visited; these images were the beginnings of the photographers artistic career.

When Ellis returned to Melbourne he obtained his Diploma in Advertising and started working at Jackson Wain Advertising, though this only lasted a year. Then he took up the position of Creative Director at Monahan Dayman Advertising. After two years the artist became tired of this work, so he became a freelance photojournalist. Photojournalism allowed him to create the photographs he wanted, which he described in an interview with Industrial and Commercial Photography magazine.

I gradually got disenchanted with advertising as a career, sick of the contrived situations, and became very interested in capturing real life situations, venturing out into the world and trying to record both in words and on film what people were doing, their attitudes and lifestyles, particularly of the subcultures and unusual people and places.

During the 1970s Ellis focused on creating, publicising and selling his art. The art of photography was struggling to gain relevance and acceptance in Australian society at this time so, in 1972, the artist set up the Brummels Gallery of Photography. The gallery was Australia’s first to focus solely on photographs and was a venue in which established and emerging Australian photographers could exhibit and sell their creative work without commercial restraints and in doing so would help redefine photography as fine art. The gallery always struggled to find financial support and despite receiving a Visual Arts Board of Australia Council grant to operate for one year, as well as receiving sponsorship from Pentax, by early 1980 the gallery was no longer financially viable and it was closed permanently. Ellis set up Scoopix Photo Library in 1974, which became another way of publicising and distributing both his own and other photographers’ work. The business sold images, both nationally and internationally, and eventually became affiliated with the famous Black Star agency. During this period he also set up his photographic studio, Rennie Ellis & Associates.

The photographers images of children are vastly different from his more well-known images. For those unaware of Ellis, he was a self-confessed party lover and voyeur so most of his published work displays his more voyeuristic side. Unlike today, the time when the artist was working was more innocent and people mostly ignored him as he snapped away. Therefore the photographer made many images at the beach, discos, night and strip clubs, some of these times as official photographer doing commission work and other times for personal enjoyment. These images were reproduced in many of his exhibitions and books. Working on commission gave behind-the-scenes access. This access allowed him to document, both in front of stage and backstage, many of the fashion shows occurring in Melbourne and in the homes of famous people, which would occasionally include their children. 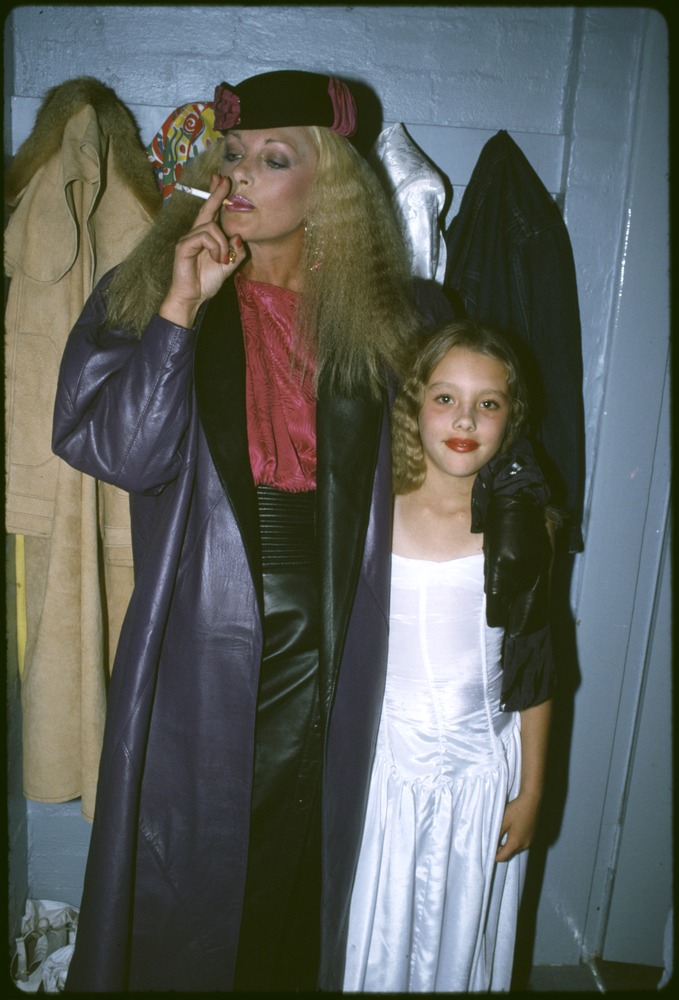 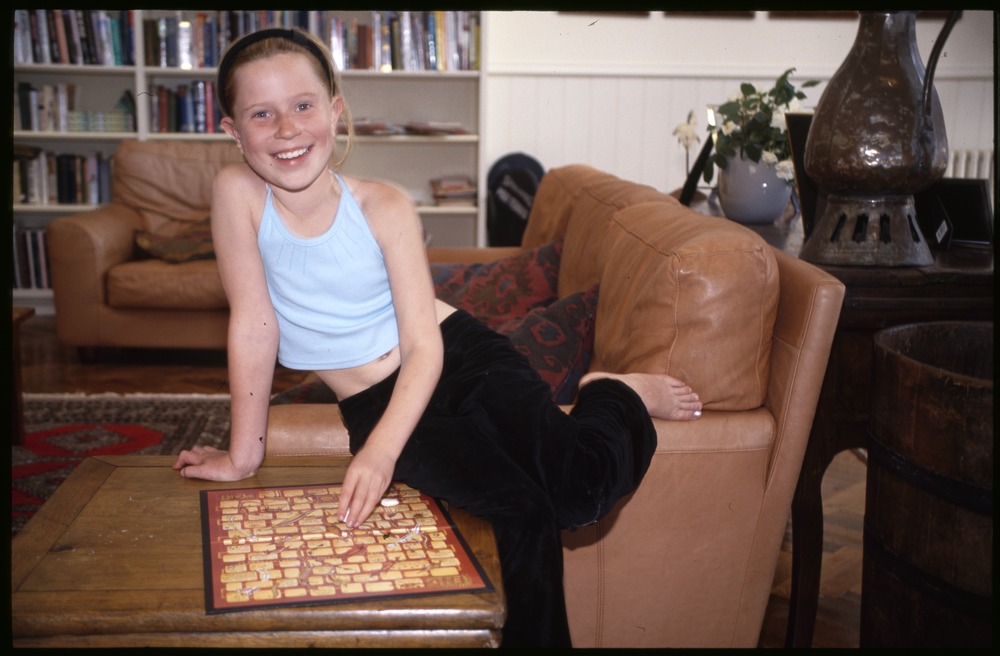 Another significant area of his portfolio are his photographs of the Melbourne Cup, a horse racing event that was documented for more than twenty years. Working for the newspapers and magazines gave him a special access pass into the marquees and party tents, though he did not restrict himself to these areas. Whilst at the Melbourne Cup he travelled everywhere, from the car park to the members area. He also photographed in the public grandstands, the betting ring and amongst the picnickers on the lawn areas. Many of these images appeared in his book entitled Cup Fever. 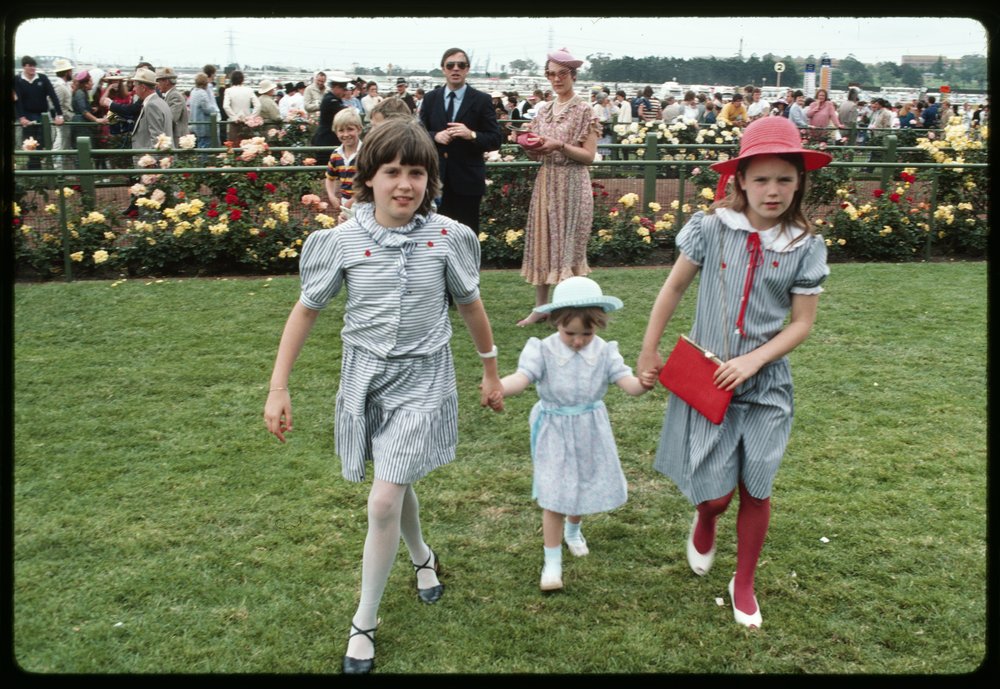 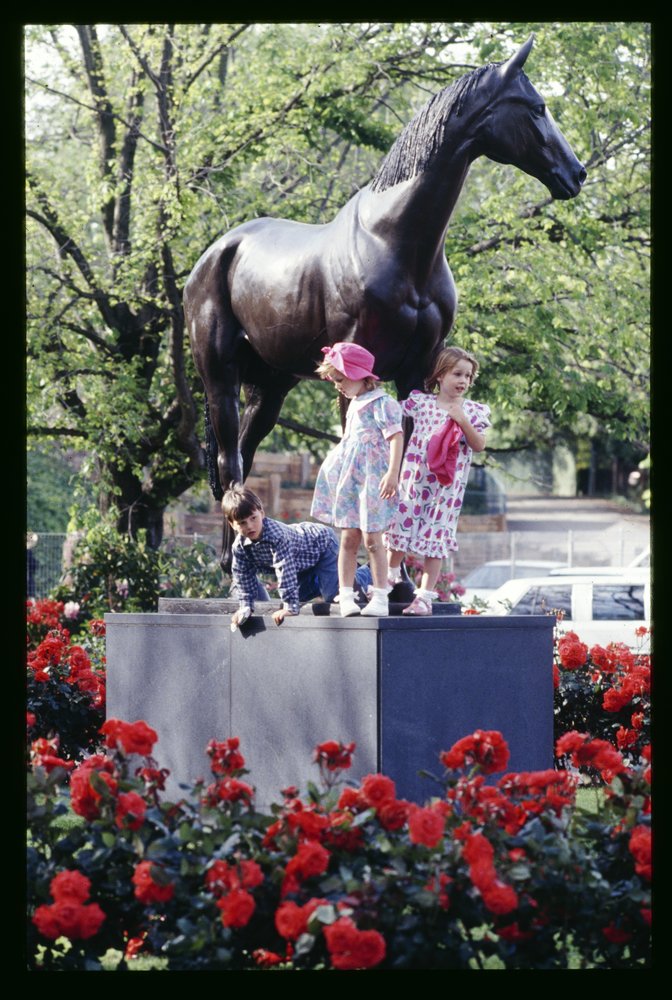 On viewing Ellis’ archive it can be seen that he had a strong desire to make a historical record for future generations to view. He nearly constantly carried a camera with him so that every time there was an important event happening, he managed to document the event and added more images to his collection. Displayed below are some of the many images the photographer took of the 2002 Anti-War Rally and the parades celebrating Australia’s armed forces and associated support groups. 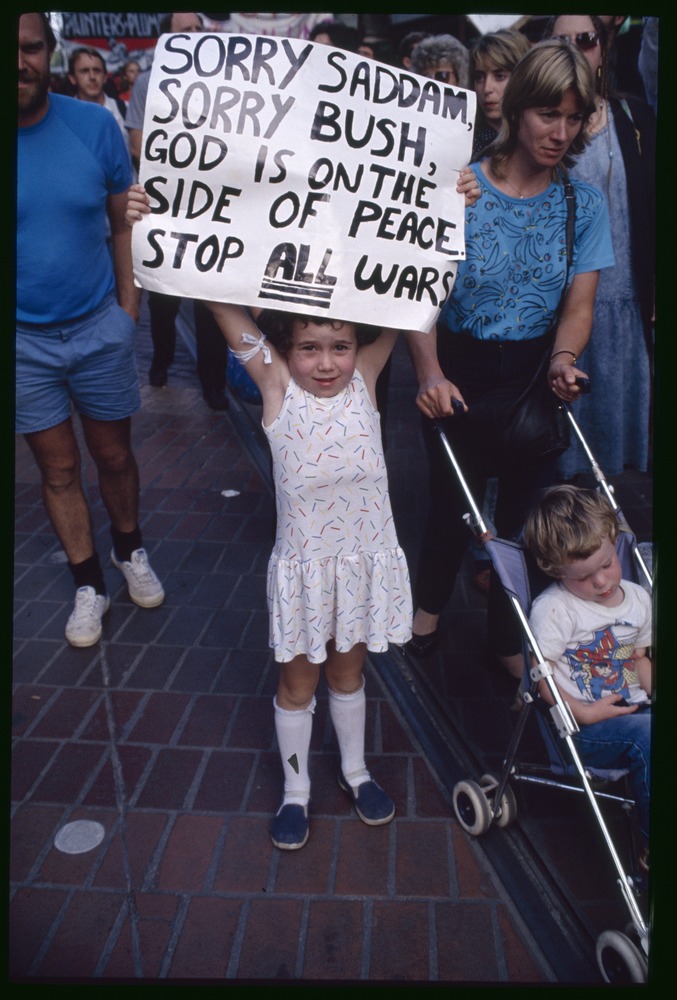 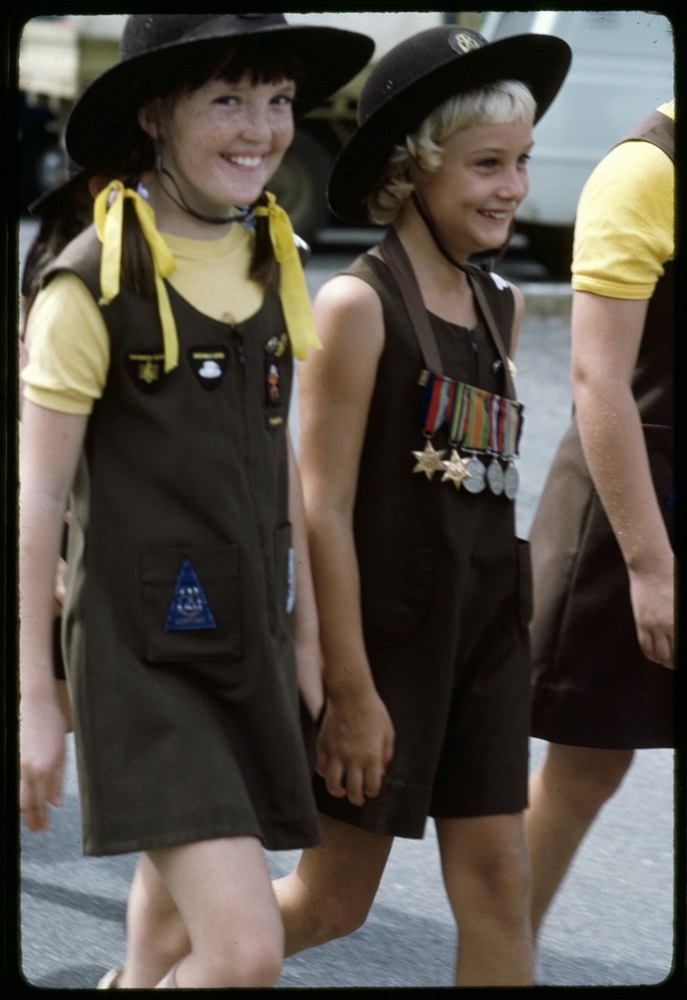 Another way that these images document history is by showing the changing values and attitudes of society. For example, prior to 1980 nobody knew about the dangers of prolonged sun exposure, therefore being topless at the beach was common. However, as time passed public awareness campaigns were created, so people became more knowledgeable about the risks and, by the late nineties. nearly half the children on Australian beaches wore some type of neck to knee sun protection clothing or wet suits, with toplessness being nearly absent. 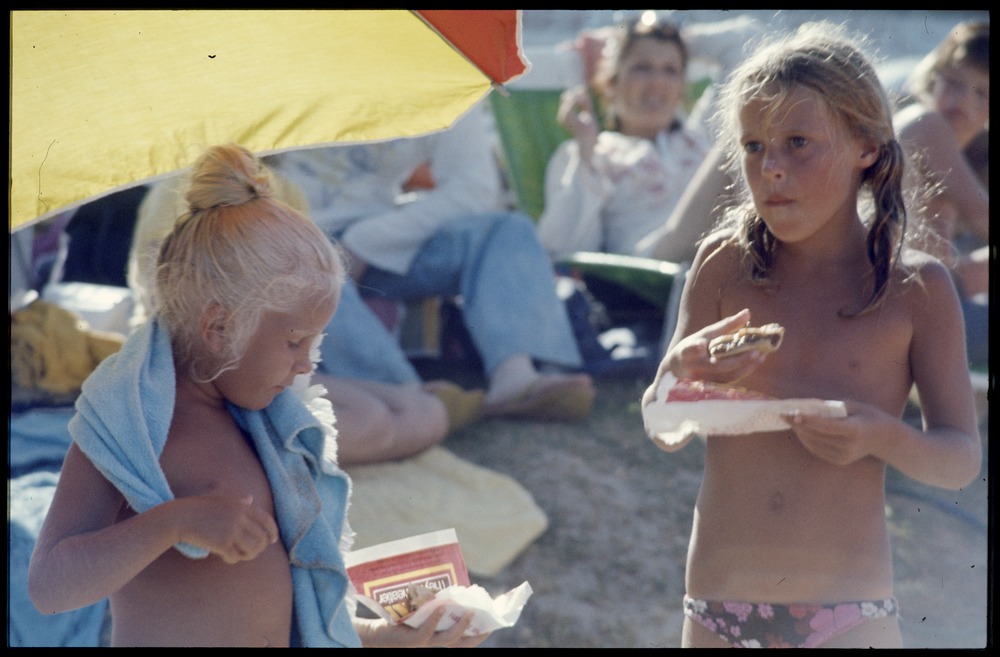 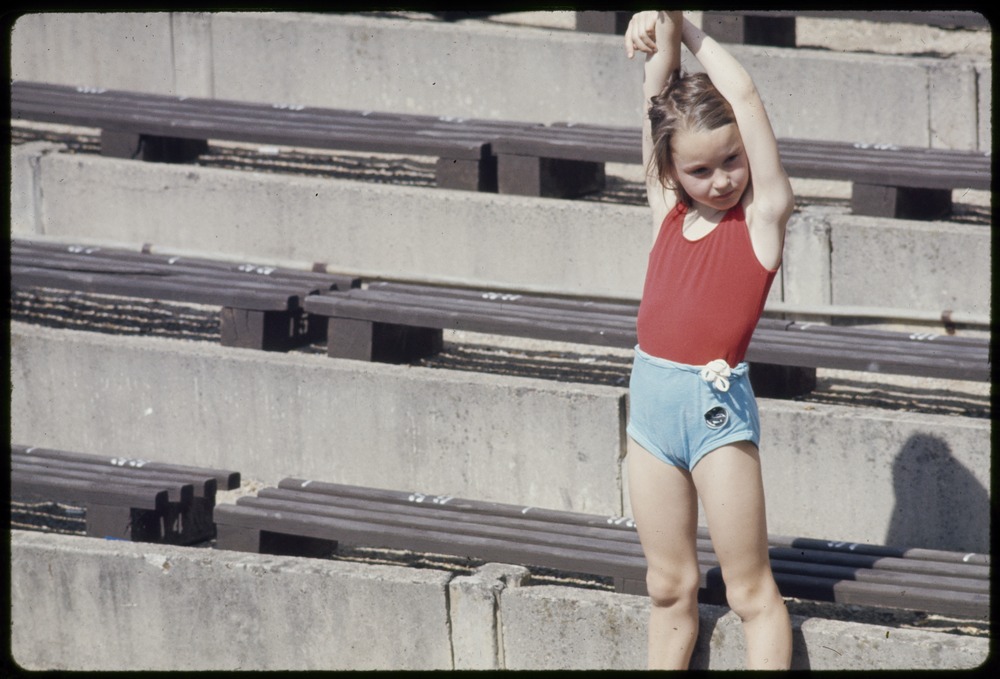 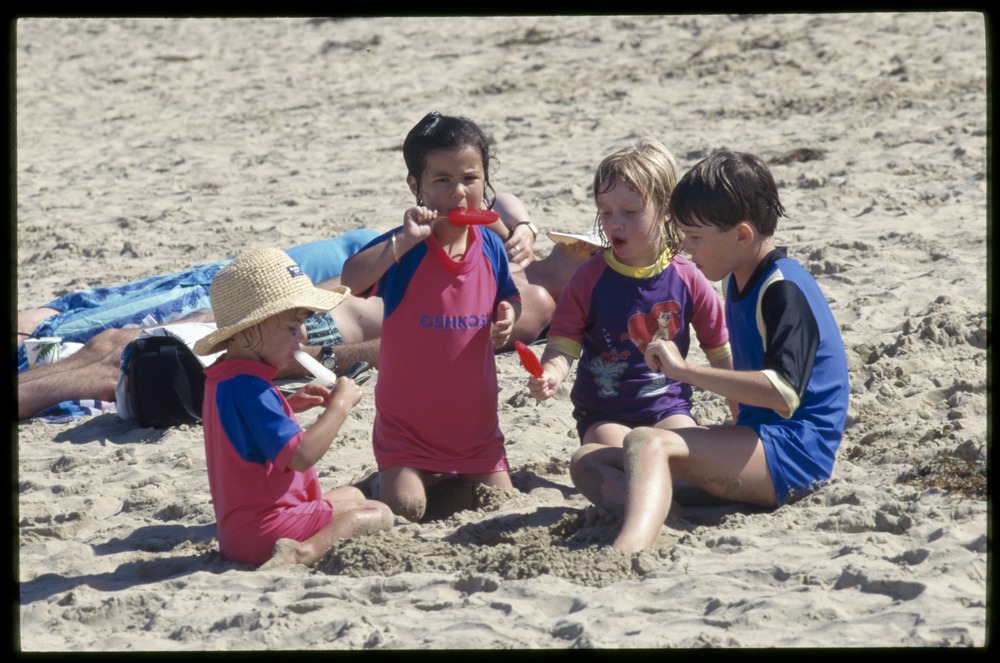 Many of the photographer’s child portraits appear in his albums of friends, family or street photography. He could take these images not only because of the more innocent times but also because many were taken within the neighbourhood of his studio where Ellis was a familiar person. Also the artist had a charming and engaging type of personality that made him hugely likable and it would then be hard to deny him the opportunity to photograph. 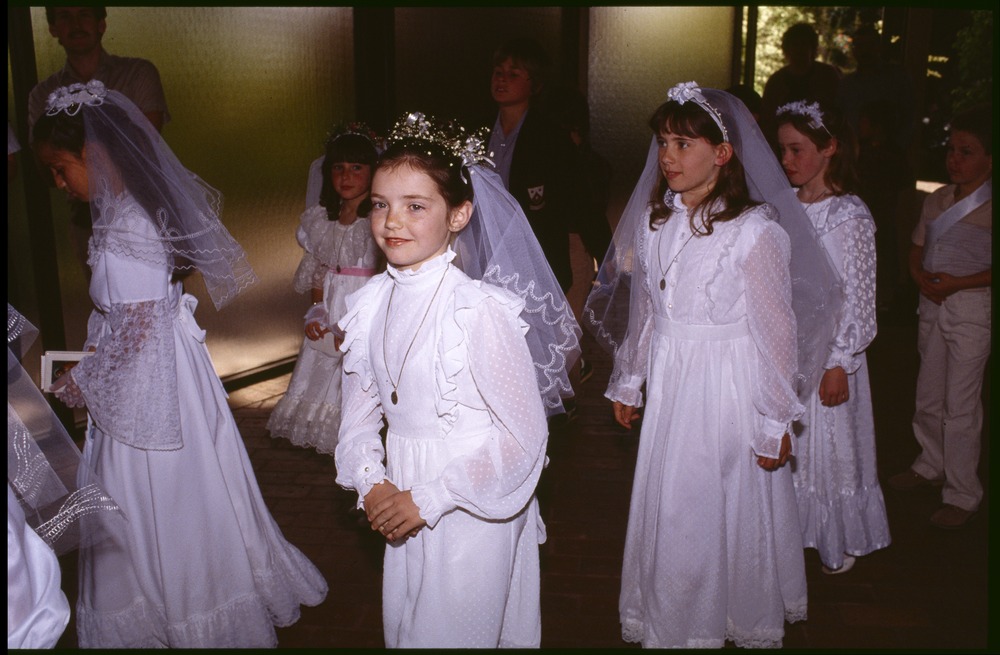 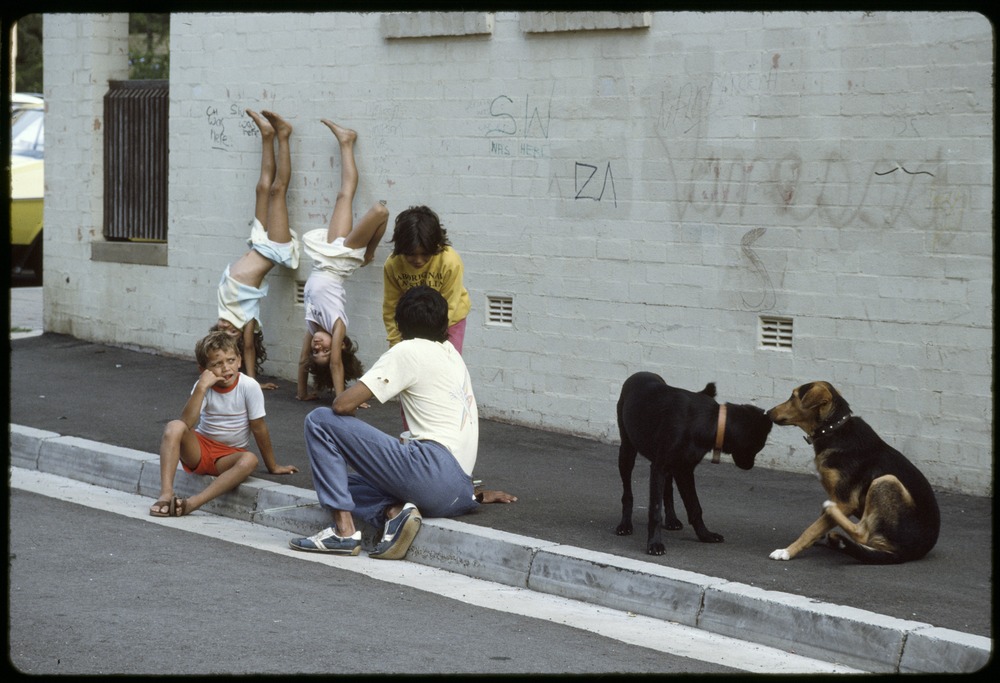 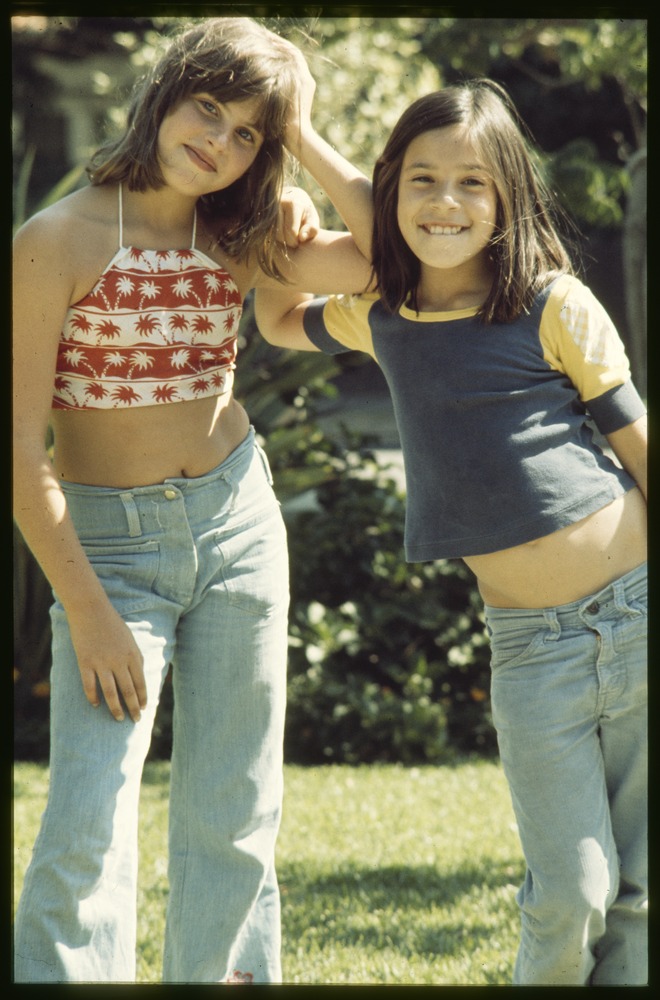 The artist’s preferred way of documenting his work was through the publication of books—seventeen books were eventually published during his lifetime. The books mirror his archive in their diversity. There are only two subjects that are repeated in the photographer’s bibliography, three books about the beach, which focus mainly on images of women and surf culture, and three books on graffiti. The books about graffiti gives us an insight into the attitudes and concerns held at the time they were photographed; some of these are insightful and some hilarious, which is the reason they became some of his most well-known books. Due this focus on books he only held ten solo exhibitions and was part of thirty group exhibitions in his lifetime. 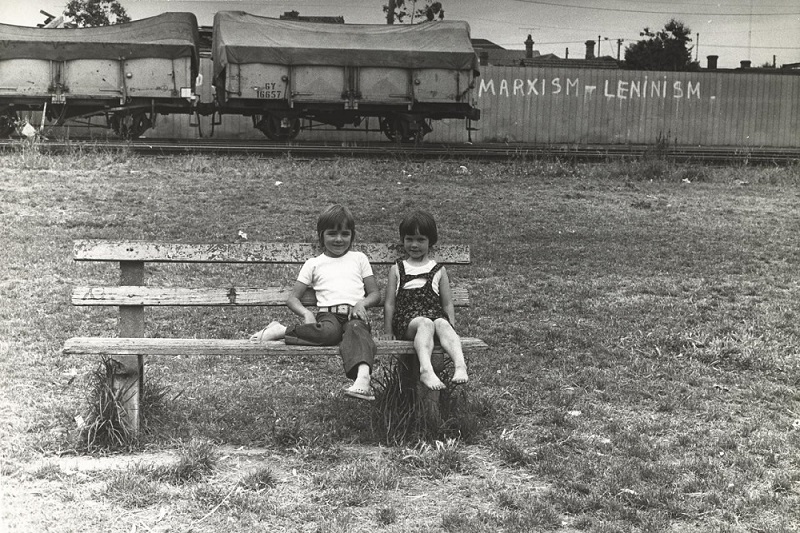 In 2003 Ellis died from a cerebral haemorrhage leaving us an archive so vast it can only be estimated at about half a million images. I believe that the artist did succeed in his effort to make a historical record of Australian society between 1970 and 2000 as well as capturing the broad character of Australia and its people. The Rennie Ellis Archive (REA) is now held in the State Library of Victoria; fifteen thousand of the images have been digitised. It should be mentioned that anyone going there to see his child portraits will have to look at 14600 images that do not have children in them. For a more brief, but still varied, representation of his portfolio there is the website for the REA.

1 thought on “The Child Portraits of Rennie Ellis”