Esther Bubley was a freelance photographer that was active from 1945 to 1965. Many of her images are highly valued as historical documents as they cover a wide array of different social subjects. Mostly she photographed people going about their everyday lives, like workers and travellers on the American interstate bus network, children at play, medical workers and their patients or family life at home. She was remarkable as photo journalism was a male-dominated field at the time. So for a woman to be have an ongoing job in this field that also gave her a secure income was rare. Most images she made were not staged, which allowed her to take some truly intimate and natural photographs. The artist said she achieved this by becoming part of the daily rhythm of the hospital and disappearing into the background with her camera. 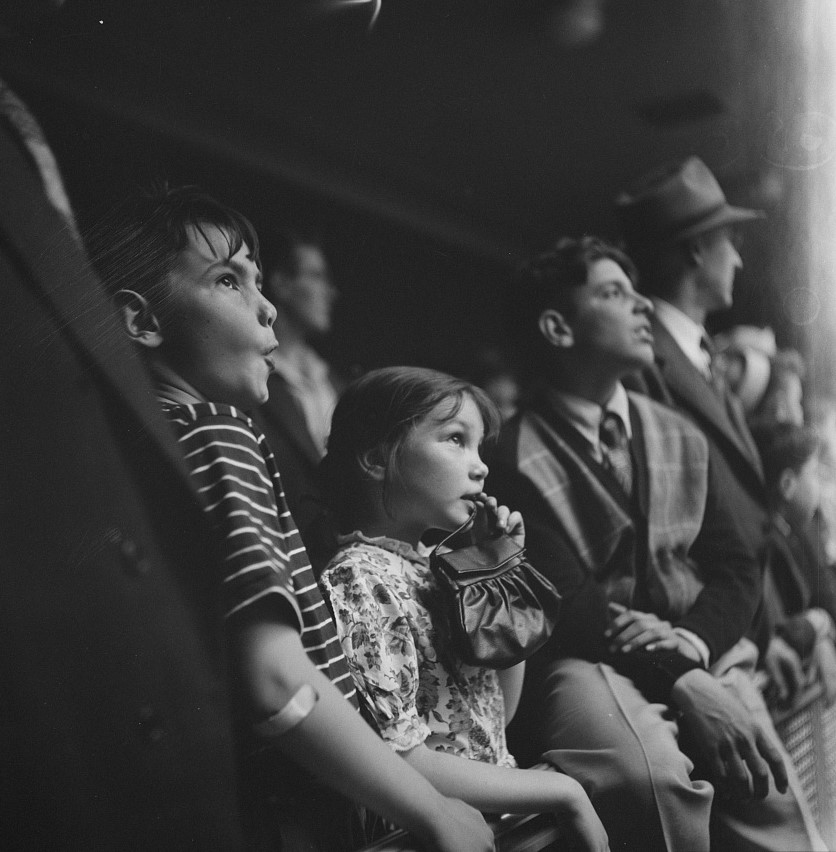 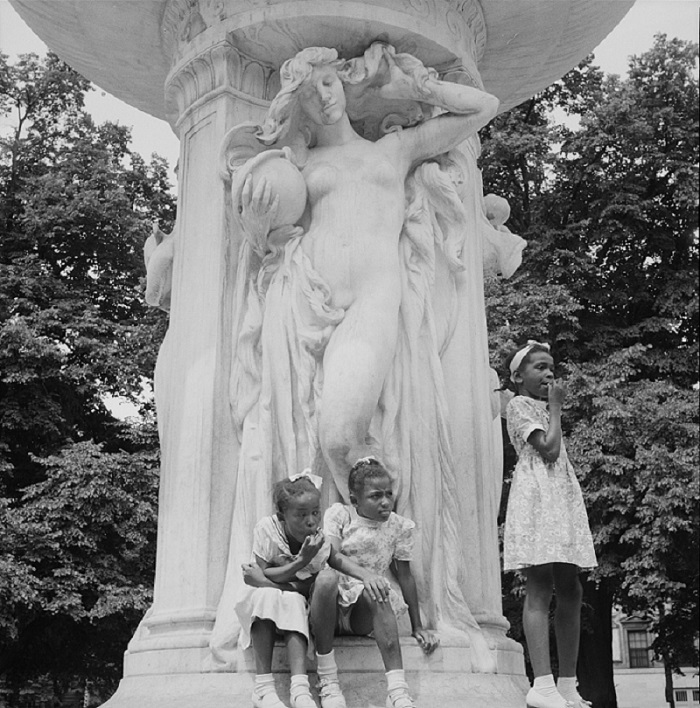 Esther Bubley – Children Playing in a Fountain in Dupont Circle (1943)

Esther Bubley (1921–1998) was born in Phillips, Wisconsin, the fourth of five children to Louis and Ida Bubley. She was inspired to start photography after viewing LIFE magazine and the Farm Security Administration (FSA) images of depression-era America. After high school, Esther spent two years at Superior State Teachers College then spent her third year at the Minneapolis School of Art where she studied photography.

In 1941 she moved to New York City to become a professional photographer and her first paid job was at Vogue where she photographed still-life images. Disliking this job, she moved to Washington D.C. where she found employment at the National Archives and spent her days making microfilm. Soon after, in the fall of 1942, Roy Stryker hired her as a darkroom assistant at the Office of War Information (OWI). During her spare time the artist made images of the daily events occurring in the Washington area. Her employer noticed the quality of these images and thought she would be able to add to the photo archives of the OWI. He hired her as a staff photographer and sent her on a six week journey across the country to document the lives of Americans during World War II. These photographs were then added to the OWI archives, which are now housed at the Library of Congress. 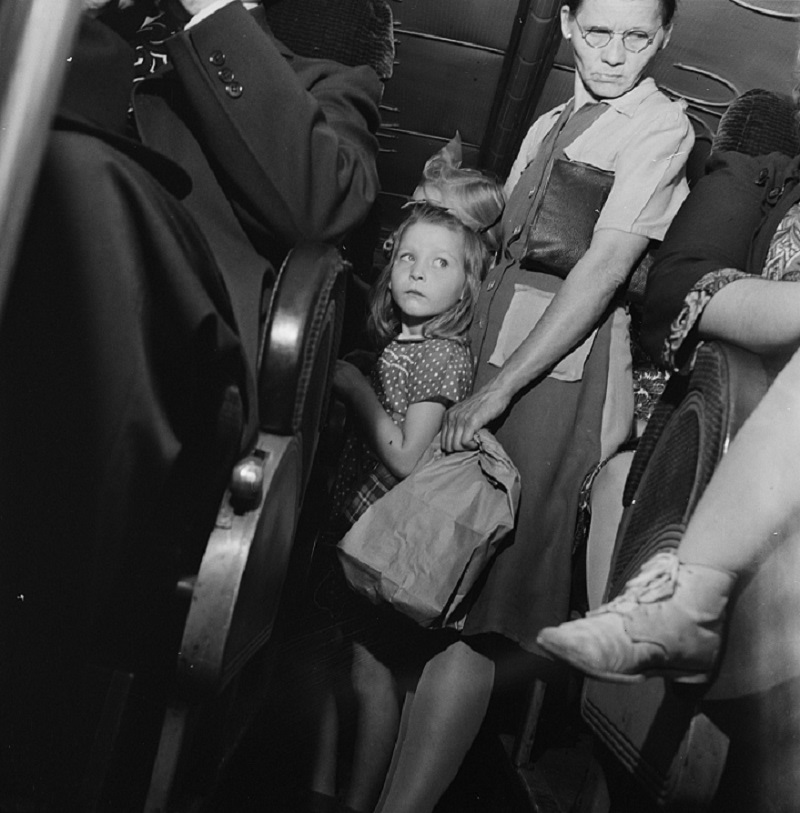 In late 1943, when Stryker left the government to set up a public relations project for Standard Oil Company (New Jersey) (SONJ), he brought with him many OWI workers, which included Bubley. Her work at SONJ was part of a huge photo-documentary project that had the aim of promoting the business and enhancing its reputation. Two of the artists’ best known projects come from this period. The first was a portrayal of the oil town of Tomball, Texas and the second, the “Bus Story,” which showcased the role of long-distance bus travel in American life that is accomplished through the use of oil products. Some images are now at the University of Louisville. 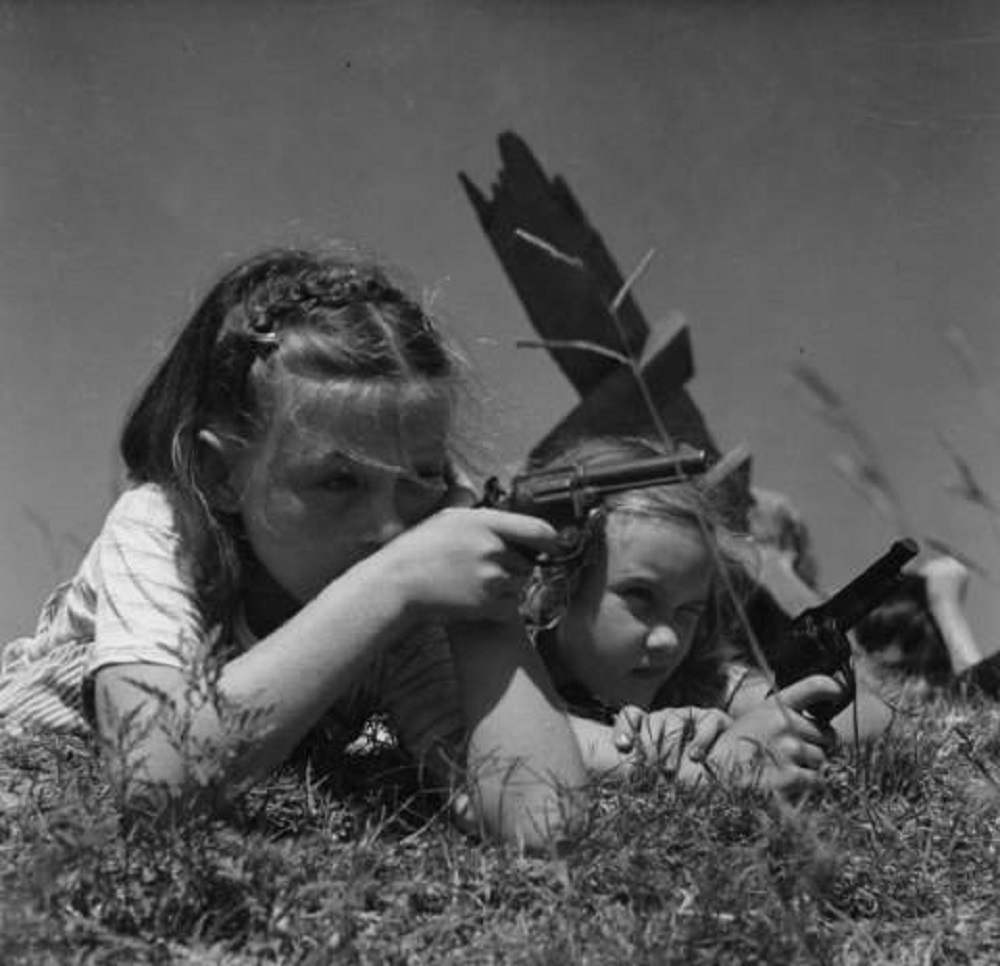 During this period she was briefly married to Edwin Locke, but they soon divorced. By 1947 Bubley’s work had expanded and she was now freelancing for several organisations. One of these organisations was the Children’s Bureau, a Federal child welfare agency. Over several years her images appeared in their journal, The Child, including more than thirty covers. 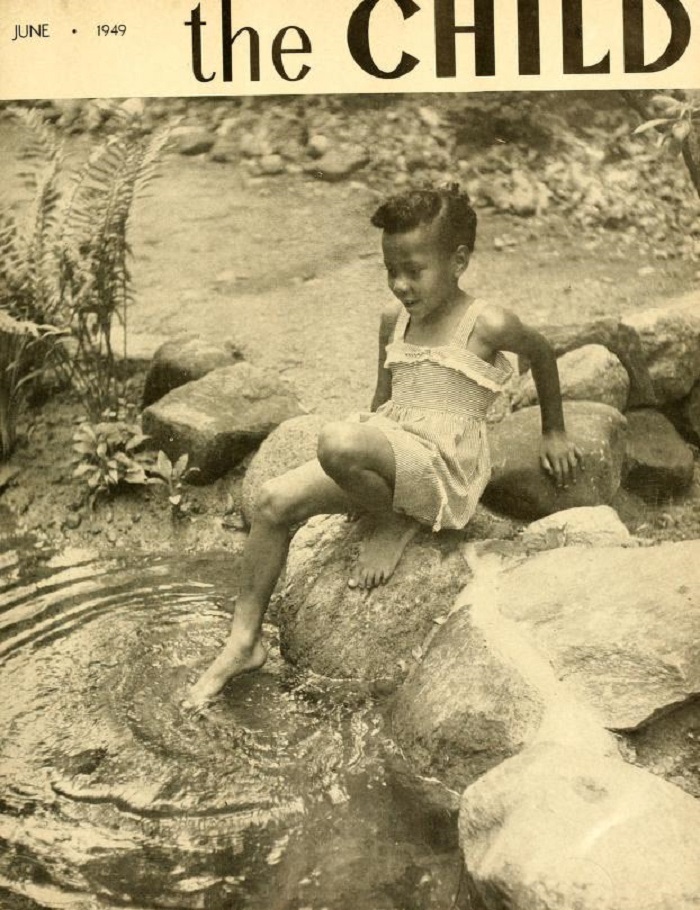 The following year, her work made its first appearance in a group exhibition called ‘In and Out of Focus’—her first of four appearances—at the Museum of Modern Art (MoMA). A magazine that she created a lot of images for was the Ladies’ Home Journal. There she produced a photo essay on mental illness, which was awarded a first prize in the Encyclopaedia Britannica/University of Missouri School of Journalism contest. The medically-themed photos continued when she was hired by the Pittsburgh Photographic Library to live in the Pittsburgh Children’s Hospital and document the activities within, a commission which took several months. Originally intended as a story in LIFE magazine, this was cancelled in favour of documenting the Queen Elizabeth II coronation. However, thirteen prints from this series were made publicly available when they were displayed in the exhibition ‘Diogenes with a Camera,’ held at MoMA. She also documented life at Blythedale Convalescent Home for Children, in New York, for the Children’s bureau. An example of this work is displayed below.

The artist’s most internationally recognised work appeared in 1953 when she was hired by UNICEF and the French government to travel to Morocco to photograph a program to treat trachoma. Over several months she travelled around Ouarzazate documenting people receiving medical treatment and the positive aspects of UNICEF’s work. 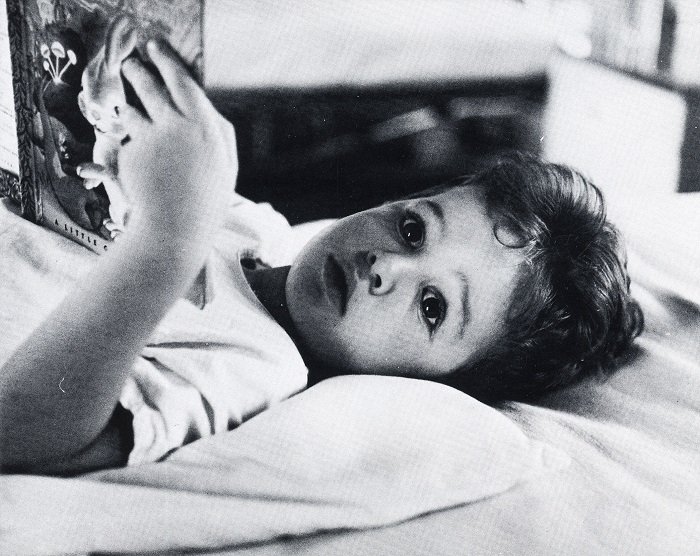 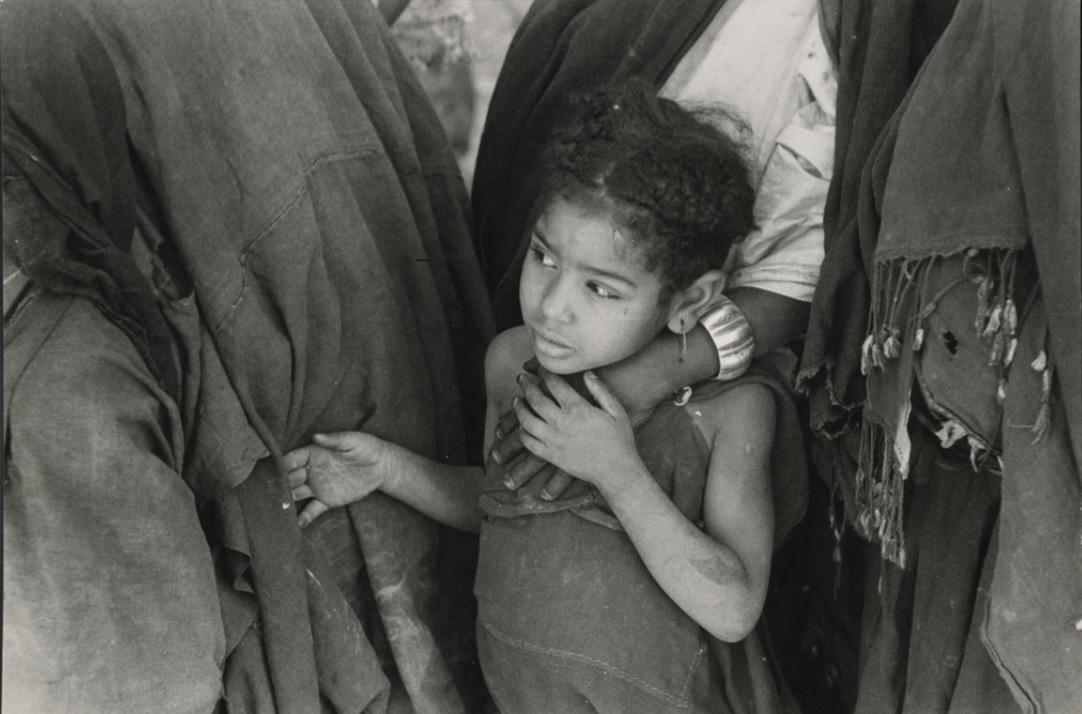 Between 1950 and 1965 the photographer freelanced for many magazines; her stories focused on medicine, families and social issues. Many of her articles appeared in LIFE—two were cover stories. Additionally, she created a dozen photo stories for the Ladies’ Home Journal series ‘How America Lives,’ which ran intermittently between 1948 and 1960. The series was very popular and was expanded into two new series: ‘How Young America Lives,’ which profiled teenagers, and ‘Profiles on Youth,’ about children. Also of note during this decade was the appearance of several images in ‘The Family of Man’ exhibition. 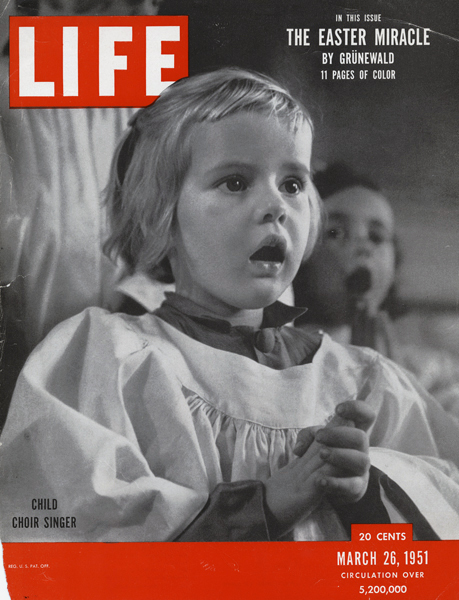 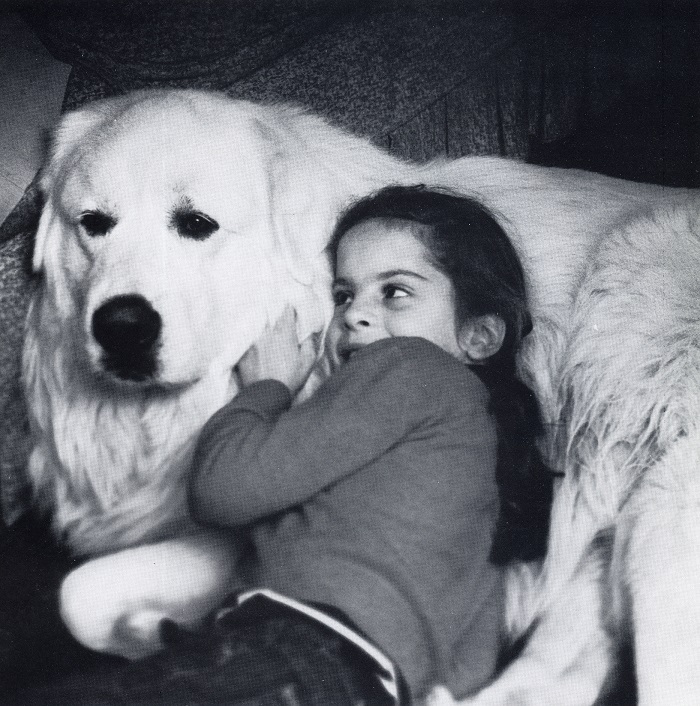 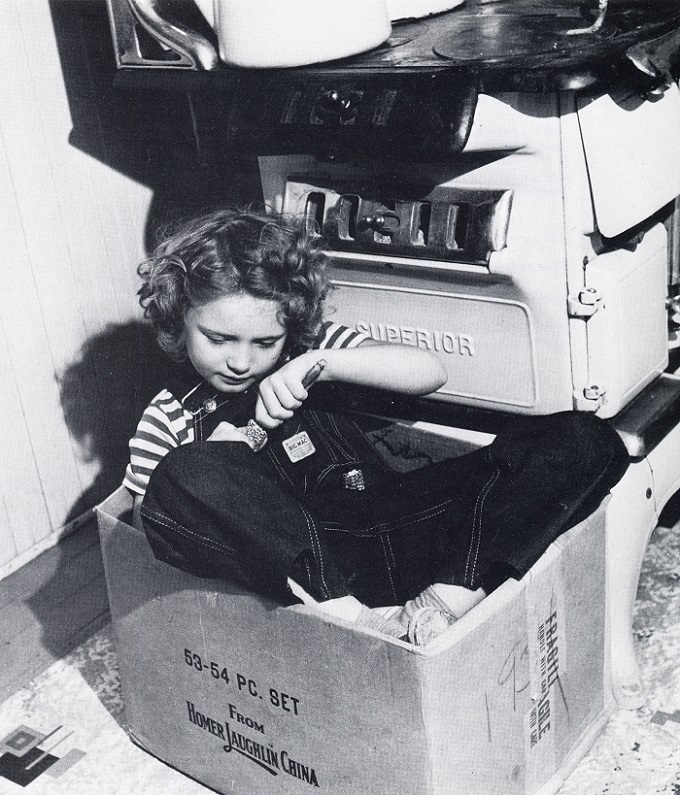 After 1965 the artist reduced her workload, as the frequent travelling became tiring. Instead, she focused on projects of personal interest and photographed the New York area, where she lived. During this time she created a book featuring macro photography of plants, two books about pets and a book documenting 159 of her child photographs entitled Esther Bubley’s World of Children. Unfortunately the book doesn’t mention titles or dates for the images contained within. She died in New York City, of cancer, on March 16, 1998.

The website about Esther Bubley’s career contains a lot of information about the work she completed, though there are only about 200 images of average quality. Another book, which contains about thirty-six images by Bubley, appears on archive.org. Entitled ‘Your Child from 6 to 12,’ it is an interesting read detailing child care in 1949.