Tony Tollet was a Lyon-based French painter who had one of the longest and most distinguished careers of his time. Born in 1857, he began his artistic career as a child when, bed-ridden because of illness, he began to produce drawings that impressed his father, who then encouraged him to take up art. In 1873, the 16-year-old Tollet did precisely that, taking up training at the École des beaux-arts de Lyon, where he would flourish under the tutelage of Jean-Baptiste Danguin and Michel Dumas. A mere six years later, he won the Prix de Paris, allowing him to further his education at the even more prestigious École des beaux-arts de Paris. Here he studied under such world-class painters as Alexandre Cabanel, Luc-Olivier Merson and Albert Maignan, and in Paris he also befriended the Flandrins, a well-established family of painters.

In 1885, he won the 2nd Prix de Rome for a piece entitled Themistocles in the Home of Admete (which I’ve not been able to track down on the internet). In 1889, with his mother growing ill, he returned to Lyon and here remained for the rest of his life, marrying Jeanne Pailleux, who bore him six children. He set up his own studio in Lyon where he painted the portraits of notable local personages and taught drawing in the municipality of Guillotière. He suffered a major setback in 1909, when his studio caught fire and was destroyed, along with all of the works contained therein. Luckily, this did not stop Tollet from starting over, and he continued to paint until 1942, well into his eighties by then. Having accomplished many honors and held several important official positions in Lyon, Tollet finally passed away in 1953, at the age of 95.

One of the artist’s most recognizable paintings is this portrait of the Bernard children, painted around 1920. This piece would of course be classified as Realism, but I feel there’s a nice balance here between the romanticism of the 19th century and the modernity of the 20th. 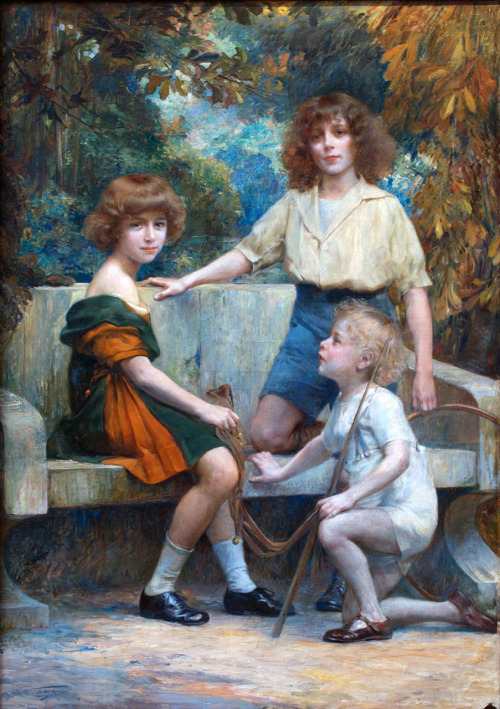 Unfortunately, I could never track down a color version of this piece. It is certainly a sweet painting, reminding me somewhat of the work of Mary Cassatt, though with more of a Victorian sensibility than Cassatt’s work tends to have. 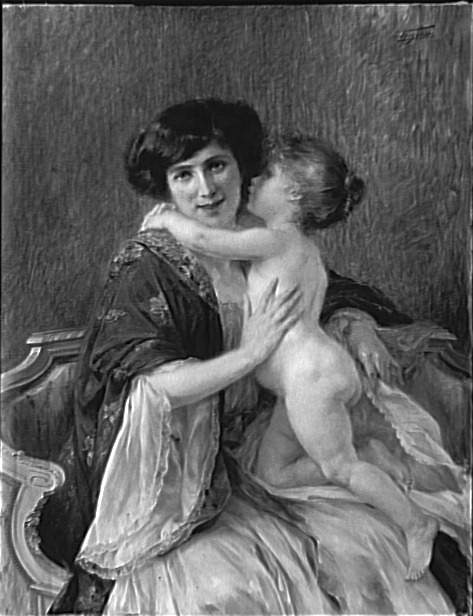 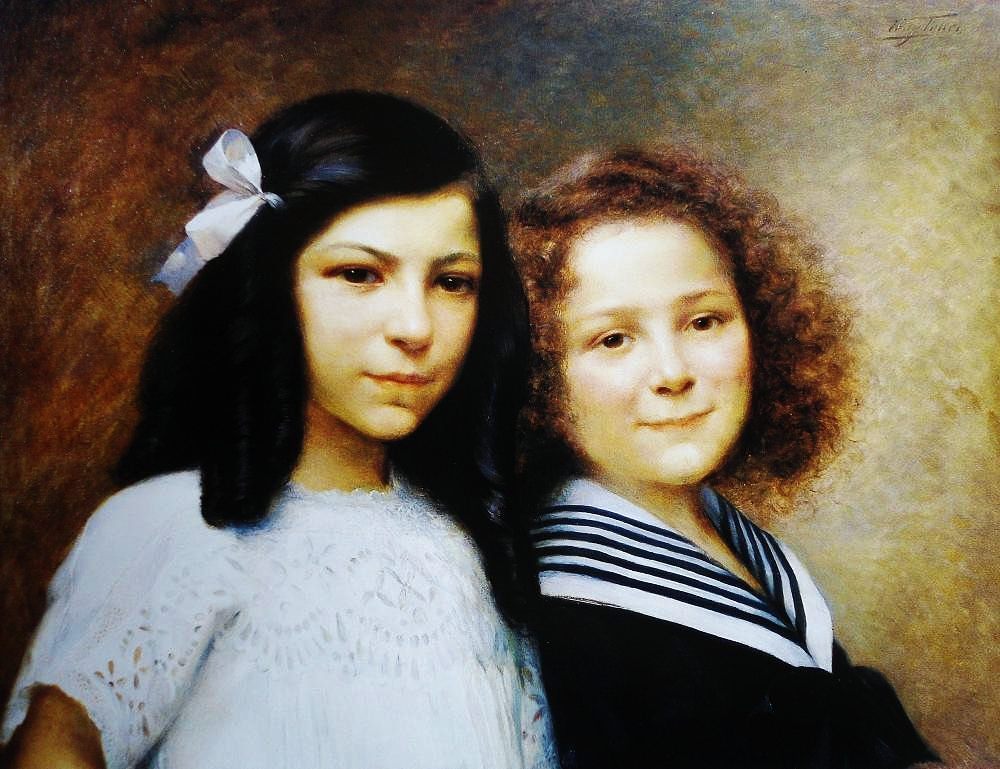 And finally, my favorite of Tollet’s paintings, an allegorical work. The central subject of this piece is Flora, Roman goddess of flowers and springtime. Little girls, representing the springtime of human femininity, fit in nicely here.