A reader just shared this sensuous image of fairies.  For some reason there is a transposed version and I am told this one has the correct orientation. 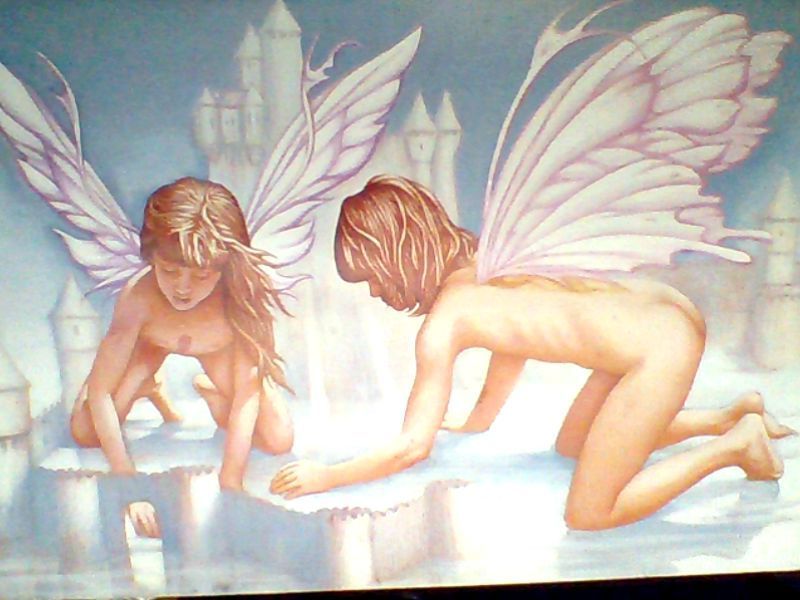 John Philip Wagner was born in Philadelphia in 1943, got his Bachelor’s in Fine Arts at the Philadelphia College of Art and his Masters at the Maryland Institute College of Art. He also studied with David Hare and Dennis Leon. As a child, he plastered the walls of his elementary school with paintings of Egyptian pyramids and Roman ships and later studied the theater arts, painting, sculpture and printmaking. He resides in the American Southwest, having lived in New Mexico and then southern Colorado, adding Native American and Southwestern Art to his repertoire. While in Santa Fe, he created the first version of the puppet theater known as “Wagner Marionettes”. Since then, he spent much time entertaining children with his little players on string. In 2005, he was charged with sexual assault of a 4-year-old girl, claiming that he touched her buttocks. Found on his computer were nude photos of the girl the artist says were used for reference. The mother denies giving her consent for these photographs. There is no information about a hearing or trial but, presumably, he agreed to a plea bargain as he was required to register as a sex offender. He no longer has his own website and sells his beautiful art through CafePress. Categories of interest include Fairy Art and Angel Art.