Occasionally I get leads from a liberal political and social discourse magazine called In These Times. Because it covers the arts, there are sometimes items relevant to Pigtails. This one I found most intriguing and I finally got to see a copy of Where Children Sleep (2010).

James Mollison was born in Kenya in 1973 but grew up in England. He studied Art and Design at Oxford Brookes University and film and photography at Newport School of Art and Design. He later moved to Italy to work at Benetton’s creative lab. Since August 2011, he has been working as a creative editor on Colors Magazine. His work has been published throughout the world including Colors, The New York Times Magazine, The Guardian, The Paris Review, GQ, New York Magazine and Le Monde. Five of his projects have been published as books.

His fourth book, Where Children Sleep, was triggered by Mollison’s own memories of his childhood bedroom in Oxford. He slept there from age five to nineteen. The bedroom changed over the years, as his parents allowed him to alter it to reflect his evolving tastes, interests and aspirations. If an outsider were to look at the room at any given point in time, it might seem a jumble. But even a seemingly mundane artifact can represent a vivid memory of personal significance. For example, the red carpet with black and white stripes was his own choice—a point of pride at the time and later an embarrassment as he became a style-conscious teenager.

My bedroom was my personal kingdom. When, in 2004, Fabrica (Benetton’s creative research centre) asked me to come up with an idea for engaging with children’s rights, I found myself thinking about my bedroom: how significant it was during my childhood, and how it reflected what I had and who I was. -James Mollison, Introduction, Where Children Sleep, 2010

He decided to tackle this project by focusing of children’s bedrooms and how they might address some of the complex situations and social issues affecting them. He didn’t simply want his work to be about needy children in the so-called developing world, but something more inclusive and, indeed, he does cover some middle class and well-to-do households. The result is a series of diptychs each comprised of one image of the child with a neutral background and the other of his or her sleeping space. Mollison’s photographs span the ages of 4 to 19, corresponding to the years he spent in his childhood bedroom. Like many courageous photo-journalists, he ventured into areas that were subjected to the effects of severe political strife—whether covering refugees fleeing a military regime in Myanmar (Burma) or oppression from the Chinese government in Tibet or trying to make a living in the West Bank under the looming Isreali military occupation. Remarkably, the photographer refrains from making judgments about the political situation or the way his subjects have conducted themselves under their particular circumstances. Mollison’s stated agenda was simply to document a personal journey of curiosity and engage his readers with the images that moved him and, consequently, help us gain an appreciation for how fortunate many of us are.

The cream you see on 4-year-old Lay Lay’s face is a local concoction used to condition and protect the skin. She is a refugee from Myanmar now living in Thailand and since no one claimed her after her mother’s death, she has been living in an orphanage. 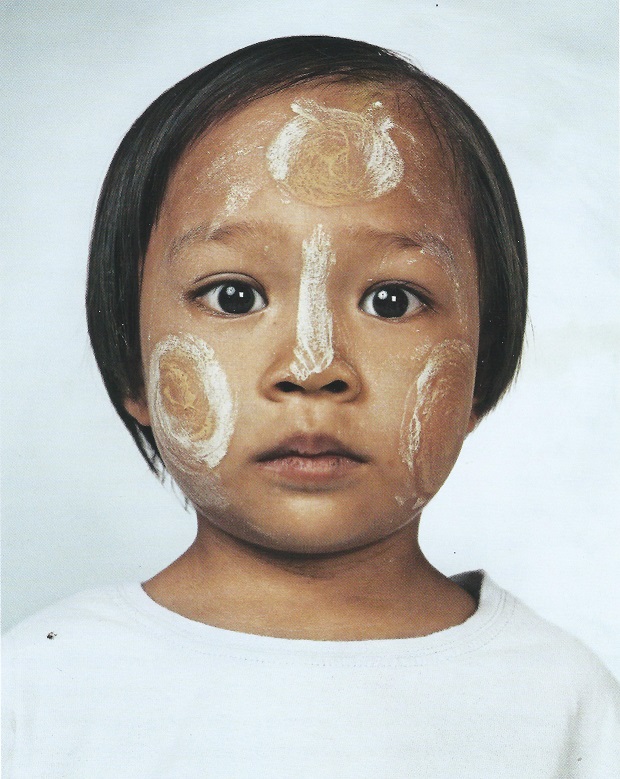 Her sleep area reflects the need for efficient use of space. Only two rooms are used by the 22 children. When the rooms are not used as a classroom and dining room, the furniture is pushed aside so that mats can be placed down for sleep. One drawer is allocated for the personal belongings of each child. 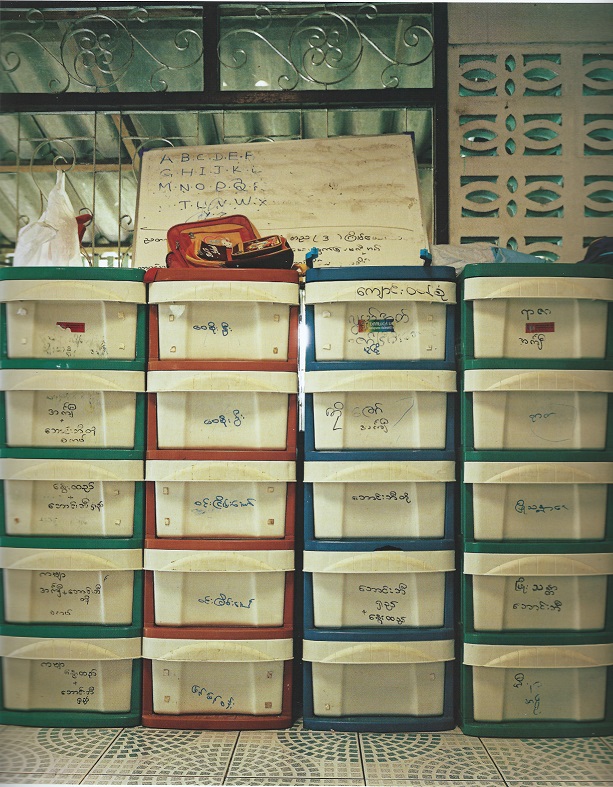 In stark contrast, 4-year-old Kaya lives in Japan. Although space is at a premium, the family live well and Kaya’s mother makes her daughter’s clothes by hand—up to three a month. Among her accessories, she has a number of wigs and the pigtails seen here were fashioned from hairpieces. 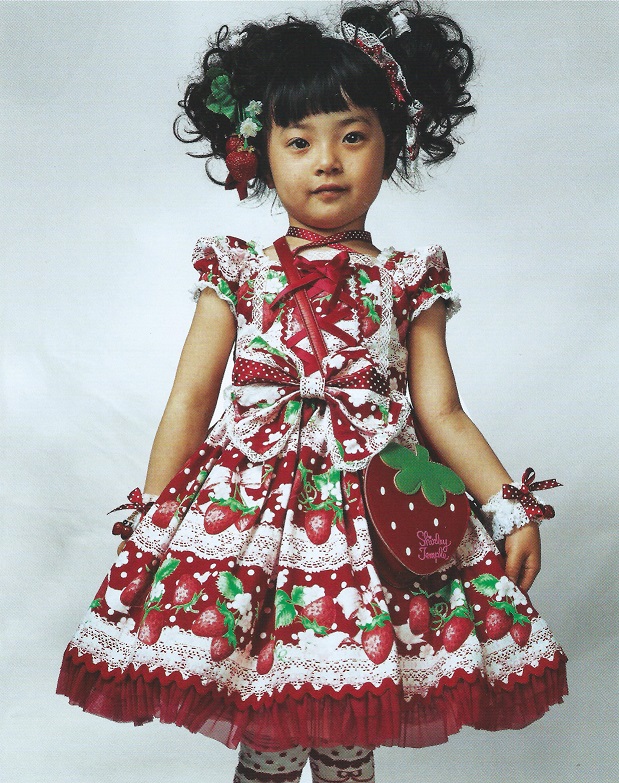 Her bedroom is something of a little girl’s dream, piled from floor to ceiling with clothes and dolls. 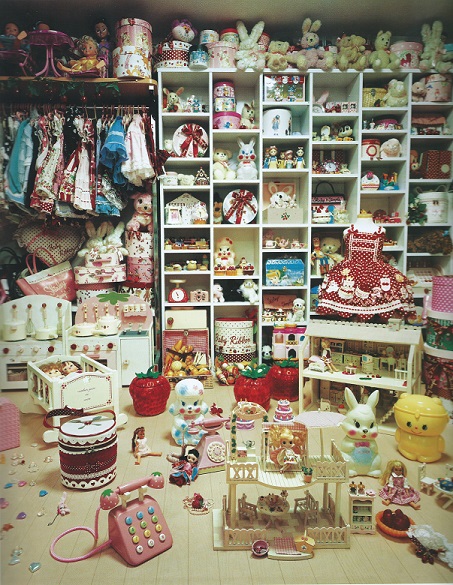 Seven-year-old Indira’s picture is one that appeared in In These Times. She lives in Nepal and has worked at the local granite quarry since she was three. 150 other children also work there, four or five hours each day. 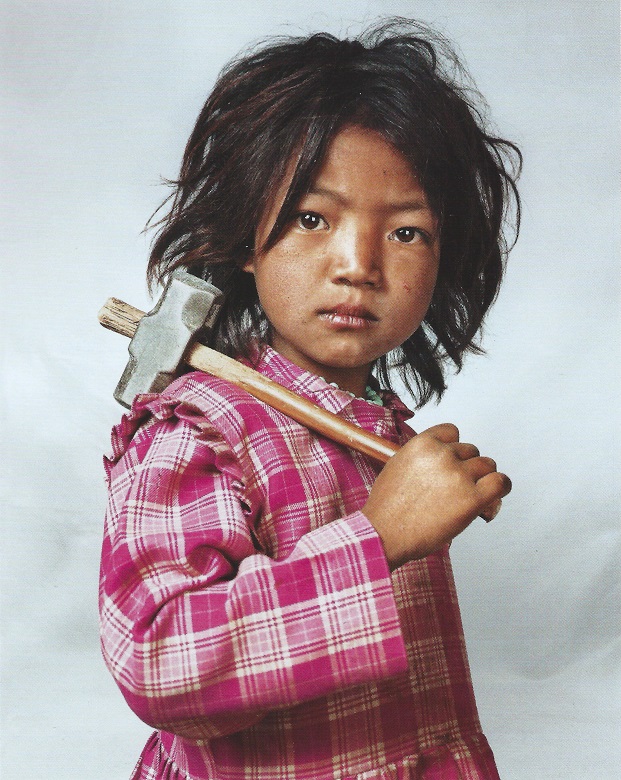 The family members all live in one room. There is one bed and one mattress and Indira shares the mattress with her brother and sister. 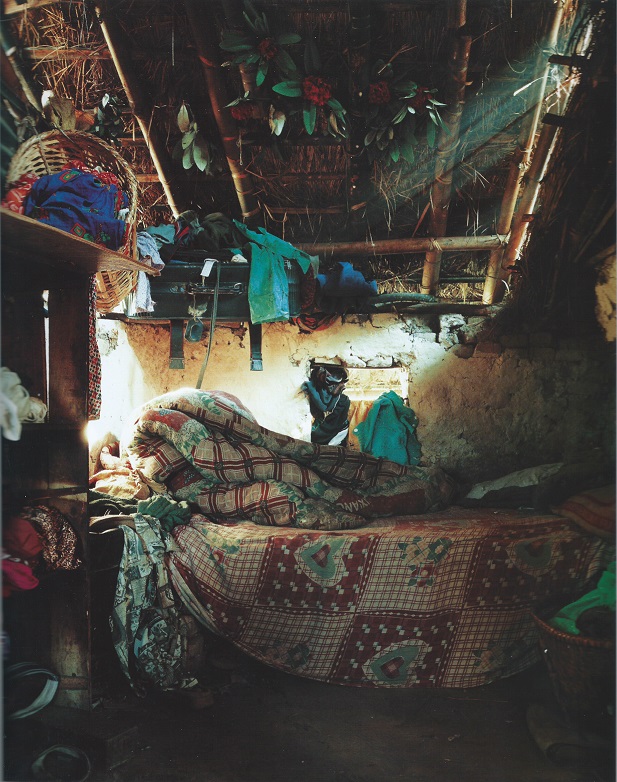 Eight-year-old Syra lives in Senegal. It is reported that she always looks sad because a sorceress put a curse on her and her sister. The mother made an effort to cure the girls, but they have been shunned by the local villagers, making her ineligible for marriage. Under these conditions, the girls will not be able to stay with their mother and Syra’s only hope is to be taken in by her grandmother. Otherwise, she will have to live as an outcast. 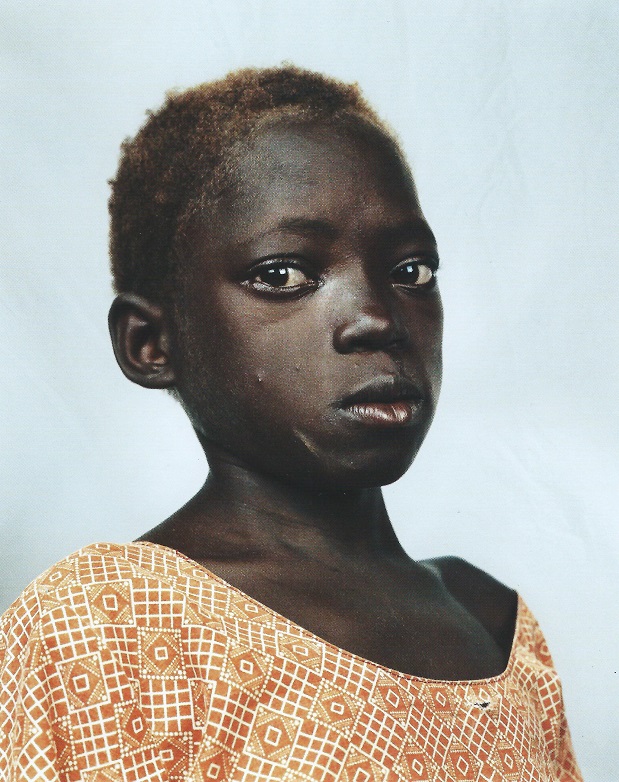 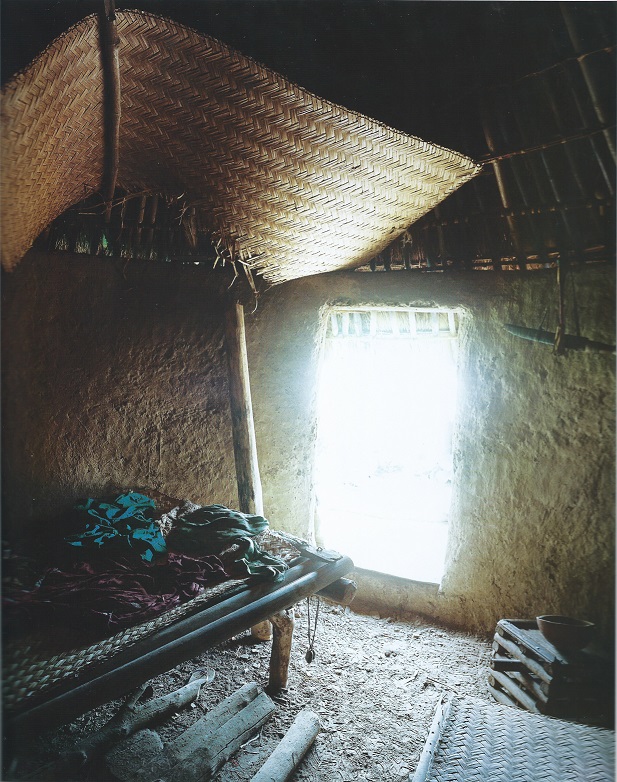 Ten-year-old Douha lives with her parents and 11 siblings in a Palestinian refugee camp in the West Bank. She was born in a refugee camp and has always known violence due to the Isreali military presence. She makes the ten-minute walk to school every day and works hard in the hopes of becoming a pediatrician. Her family has been subjected to additional abuse because Douha’s brother made a suicide-bomb attack against an Israeli target. 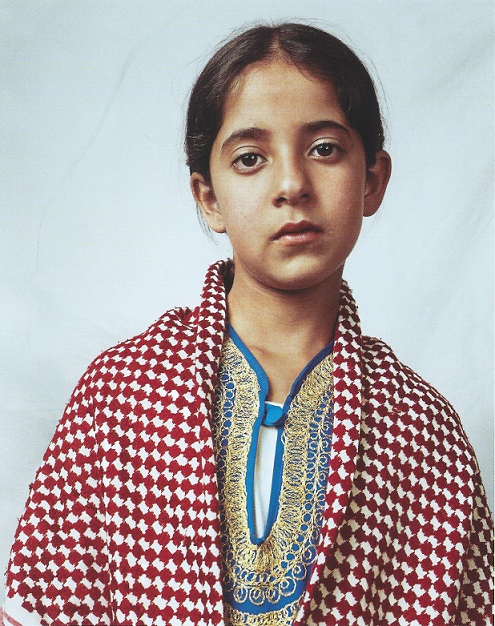 Douha sleeps in the same room with all of her sisters. 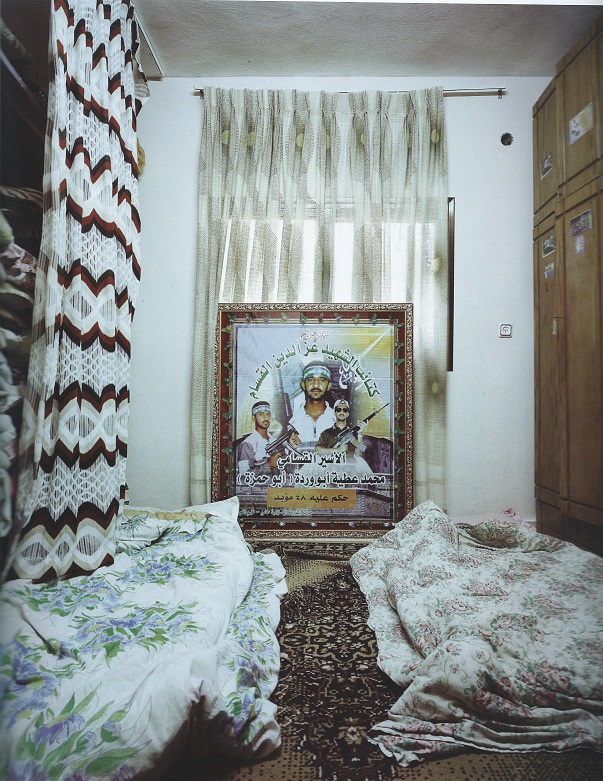 Eleven-year-old Lei lives in the Yunnan province in China with her grandparents, brother and two cousins. Her parents had to find work in the city but they return often to visit their children. Yunnan is the most ethnically diverse region in China and Lei’s grandmother feels it is important to pass on the customs of one’s heritage to the next generation. Lei goes to school and hopes her parents can one day borrow the money to send her to university to become a doctor. 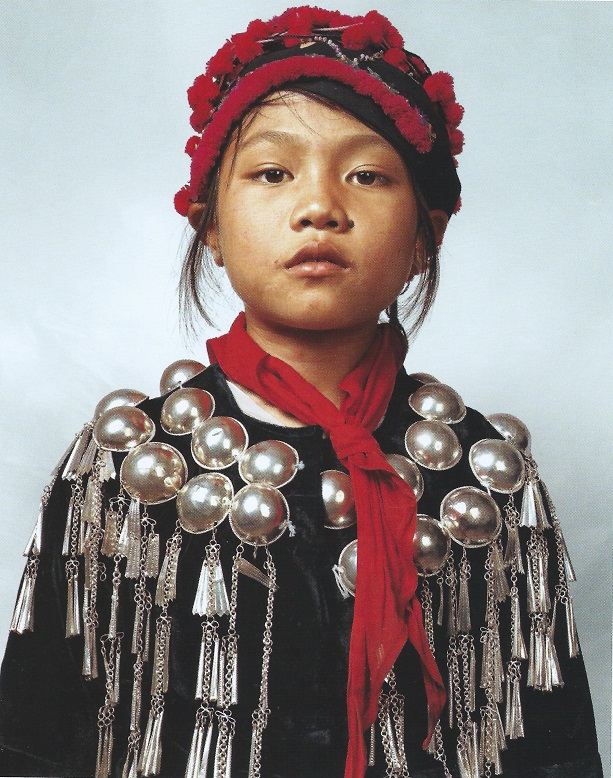 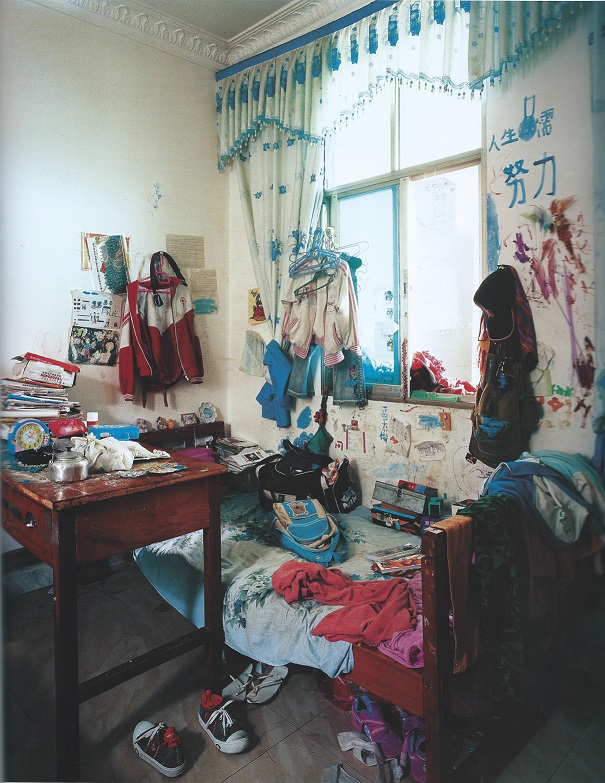 Eleven-year-old Thais lives in a two-story flat with her parents and sister in Rio de Janeiro. She lives in a dangerous poverty-stricken area which has improved greatly since it got public attention after the release of the film, City of God in 2002. Thais is a fan of popular culture and wants to become a model. 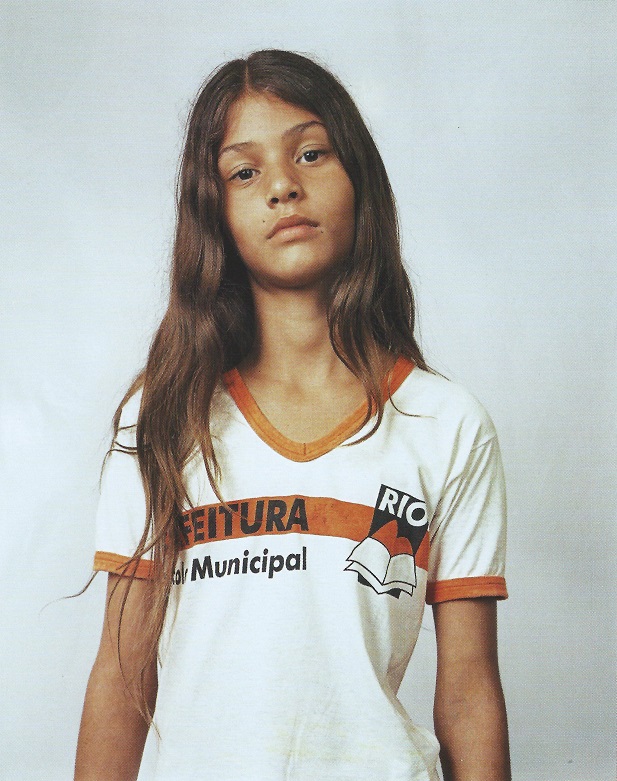 She shares a bedroom with her sister. 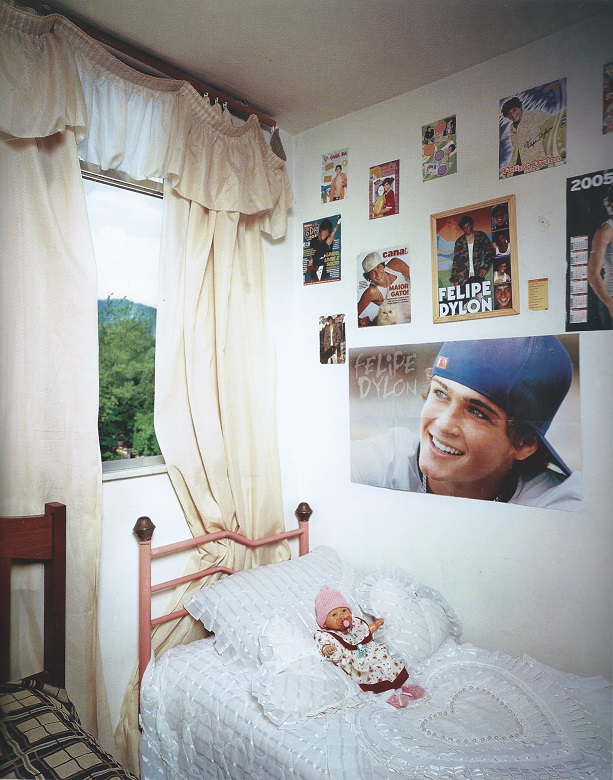 Mollison’s latest book was also inspired by his childhood, Playgrounds (2015). What struck him the most was how so many of his memories took place in the venue of the playground and, naturally, he wondered what other children’s experiences were like.

Most of the images from the series are composites of moments that happened during a single break time—a kind of time-lapse photography … Although the schools I photographed were very diverse, I was struck by the similarities between children’s behavior and the games they played. -James Mollison, jamesmollison.com