Danish painter and sculptor Laurits Tuxen was a member of the Skagen Painters, a group of Scandinavian artists who met in Skagen, Denmark’s northernmost town (situated at the very tip of the Skagen Odde peninsula) during the last decades of the Victorian era. The set also included husband and wife teams Michael and Anna Ancher and Peder Severin and Marie Krøyer, as well as Viggo Johansen, Carl Locher and Christian Krohg. These artists generally preferred outdoor (en plein air) painting, for which the sparsely populated Skagen was ideal. Peder Severin Krøyer was unquestionably the group’s anchor. One of the most popular Danish artists of his time and a dashing, dynamic and magnetic figure, he will get his own post here eventually. But for now, back to Tuxen.

Laurits Tuxen was raised in Copenhagen, where he studied at the Royal Danish Academy of Fine Arts. In addition to being an early member of the Skagen Painters, Tuxen traveled quite a bit, painting landscapes and portraits, mainly of European and Russian royalty. His style was primarily Realist, though he also dabbled in Impressionism. The following piece falls pretty solidly into the first category, though there are Impressionistic touches here and there. The painting features three young girls in their tween to early teen years on a beach in Skagen, two of them nude. It’s not a particularly unusual painting for its time. In fact, what’s most fascinating about this piece for me is that a set of photographs were taken of this scene as it was being painted, an unusual occurrence for artists of the Edwardian era, for which photography was still a fairly cumbersome activity, though its popularity was growing by leaps and bounds. Anyway, here is the painting:

We also have quite a bit of historical data on this painting. The standing girl and the girl lying on the beach in a pink dress were Tuxen’s own daughters, Yvonne and Nina, aged 13 and 10 respectively at the time. Yvonne was born in 1894, Nina in 1898. The third girl is almost certainly Peder and Marie Krøyer’s daughter Vibeke Krøyer, born in 1895, so she would’ve been about 12 or 13 here as well. She appears to have her father’s red hair. Now, here are the photographs of the scene, showing Tuxen at work in the background. You’ll see that, despite her nudity in the painting, Yvonne is fully clothed in the photos. This modesty may have been for the sake of the photographer, who has not been identified, but also it may have been unnecessary for her to strip, as the artist may simply be touching up some of the details. If you look closely, you can see that the painting appears to be pretty close to completion. 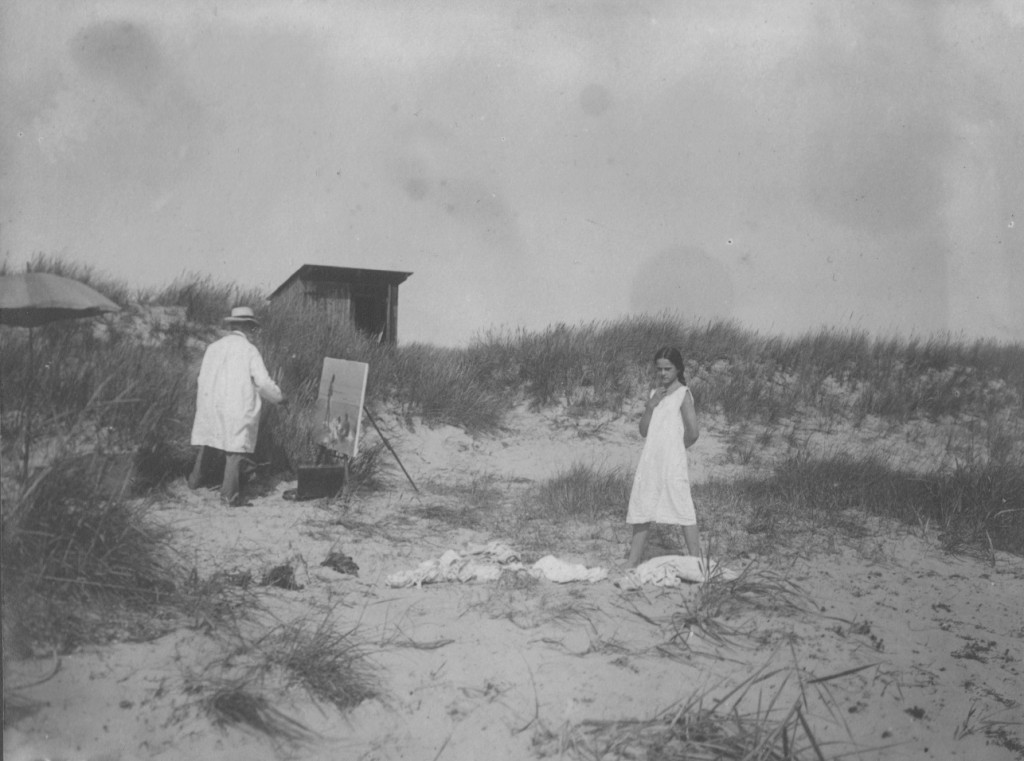 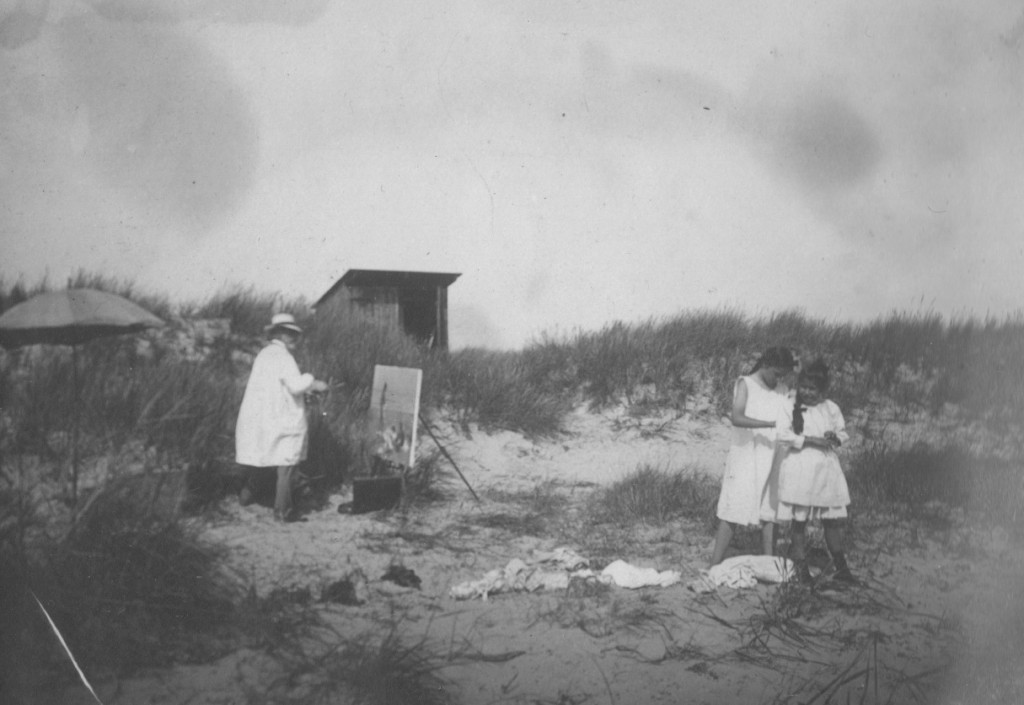 By the way, there is a wealth of information about this group and several more photos and artworks featuring these three girls, including some closeups (they were all quite beautiful in my estimation) at this site, where the above photos were borrowed from, though it’s all in Danish. If you’re willing to slog through it and do the translations, it is quite a fascinating look at the life of these artists and their children.