Cicely Mary Barker (1895–1973) was born on 28 June, 1895 in Croyden, England, to Walter Barker and Mary Eleanor Barker. As a child she suffered from epilepsy so her parents thought it would be safer for her to be home-schooled by a governess. She spent a lot of her time drawing and painting and her father decided to pay for a correspondence course in art which she continued until at least 1919. He also enrolled her in evening classes with the Croyden School of Art in 1908, which she attended until the 1940s and eventually became a teacher there.

Cicely’s parents noticed the quality of her drawings—that they might be good enough for publishing—so they took examples to publishers and printers. The artist’s first published works appeared in 1911 when Raphael Tuck, the printer, bought four drawings and turned them into postcards. In October 1911 she won second prize in a poster competition run by the Croydon Art Society, and shortly after was elected the youngest member of the Society.

After her father’s untimely death in 1912, her older sister, Dorothy, tried to support the family by teaching in private schools then opening a kindergarten at home. The artist also contributed to the finances of her family by selling poetry and illustrations to magazines such as My Magazine, Child’s Own and Raphael Tuck annuals. Additionally, she exhibited and sold work at the Croydon Art Society and at the Royal Institute. She also designed postcards for various printing firms. 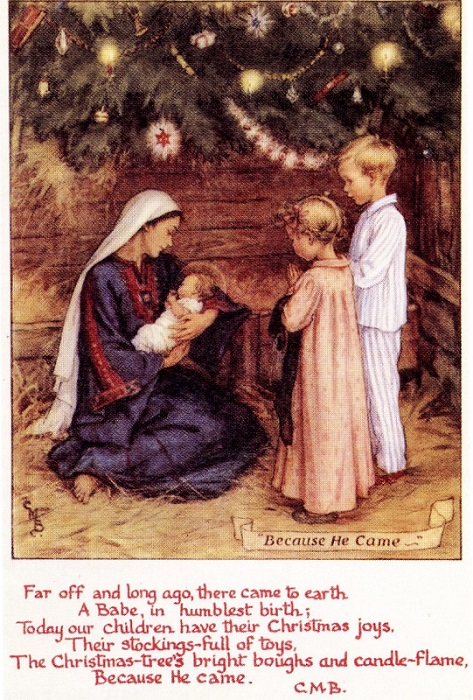 After approaching several publishers. Cicely’s first book was accepted by Blackie and published in 1923. Entitled Flower Fairies of the Spring, the book contained watercolour paintings with pen and ink outlines of fairies situated in idyllic settings with each image accompanied by a small song. As fairies were popular at this time the book sold well and also received many positive reviews, consequently over the next thirty-two years another nine flower fairy books were produced. 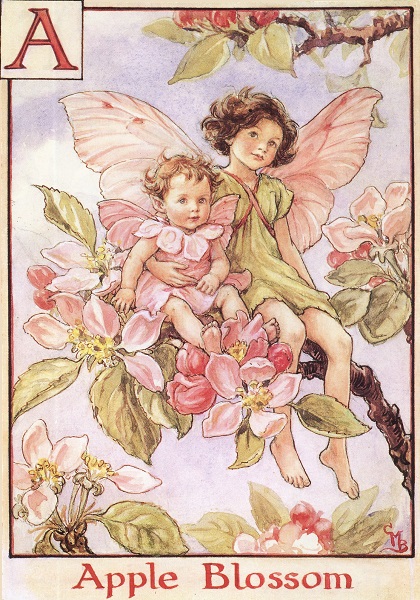 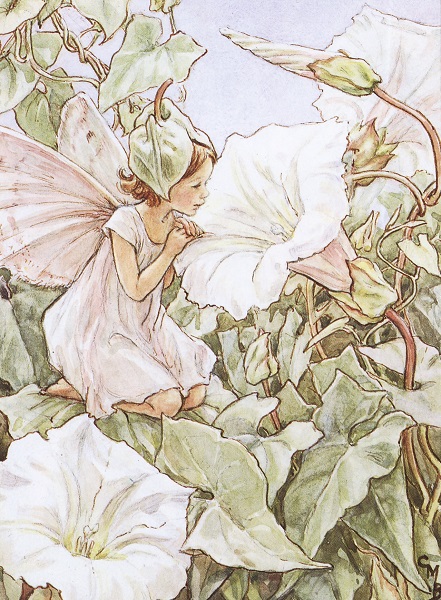 Though she is most often remembered for her flower fairies, they are far from the only books she produced. During the 1920s the artist also created images and wrote some of the songs for several books of songs and verse. 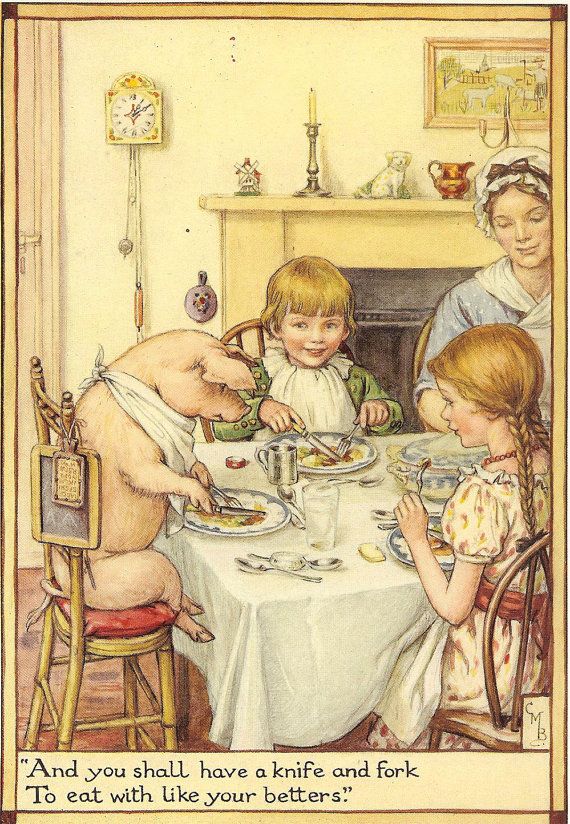 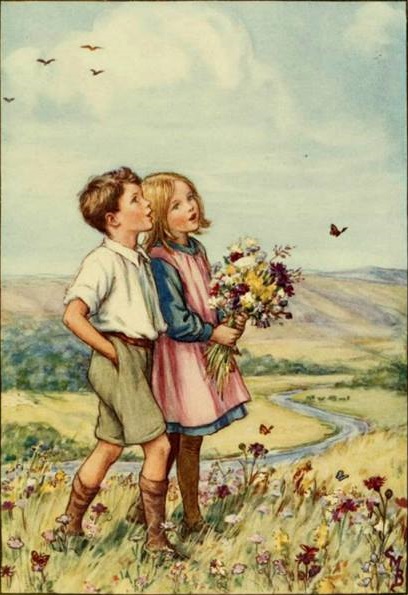 She was also an author of three stories with the first, The Lord of the Rushie River, published in 1938. As the book sold well, Blackie requested that she write another and Groundsel and Necklaces was published in 1946 and later renamed Fairy Necklaces when it was re-released in 1991. The third book she wrote was Simon the Swan which was completed in 1953, however Blackie ignored the book and it was not until 1988, fifteen years after the author death, that it got published. The paintings in these three stories differed from the flower fairy images as they were painted with either pastel or oil paint. 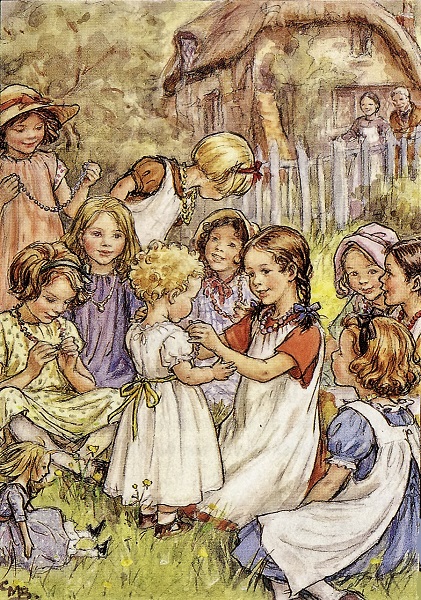 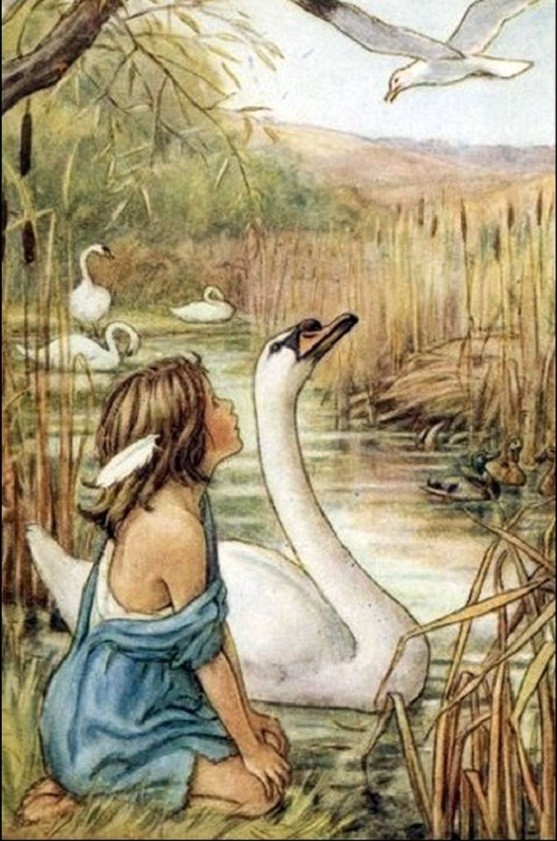 The artist was a devout Christian and produced many illustrations for Christian themed books and postcards. She also donated works to churches either for resale or display and I am showing one of her most recognised paintings The Parable of the Great Supper produced for St. George’s Church, Waddon.

Cicely Mary Barker – The Parable of the Great Supper (1934) 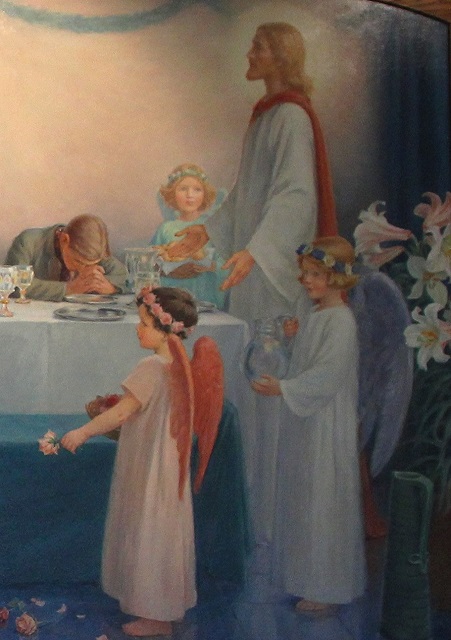 Cicely Mary Barker – The Parable of the Great Supper detail (1934)

The painting that hangs in the church is a triptych. The larger centre panel is entitled ‘The Great Supper’ and illustrates one of Jesus’ parables where ordinary people are brought in from the highways and byways to share in a great king’s feast, symbolising the inclusive spirit of Christianity. The two smaller side panels show St John the Baptist and Saint George.

The artist’s work slowed down in the 1950s, as she was teaching art at this time, then in 1954 her sister died so she became solely responsible for the care of her mother. The royalties from her books largely supported their life and occasionally she would do portrait commissions for extra money. When her mother died in 1960 Cicely’s health started to fail and she passed away in 1973. 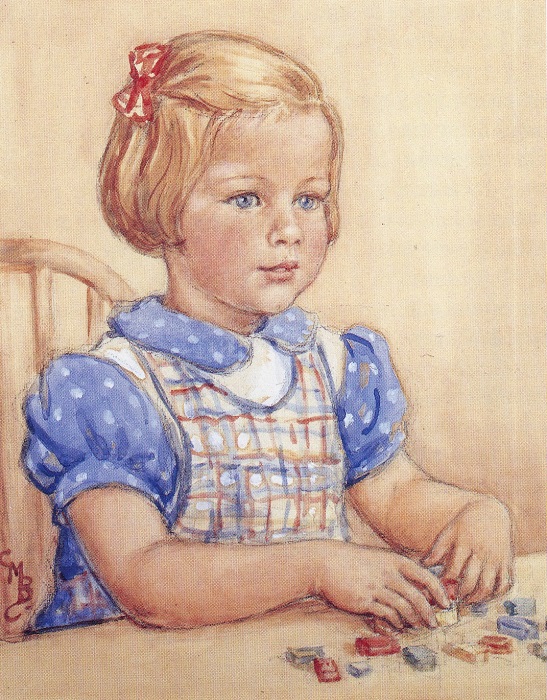 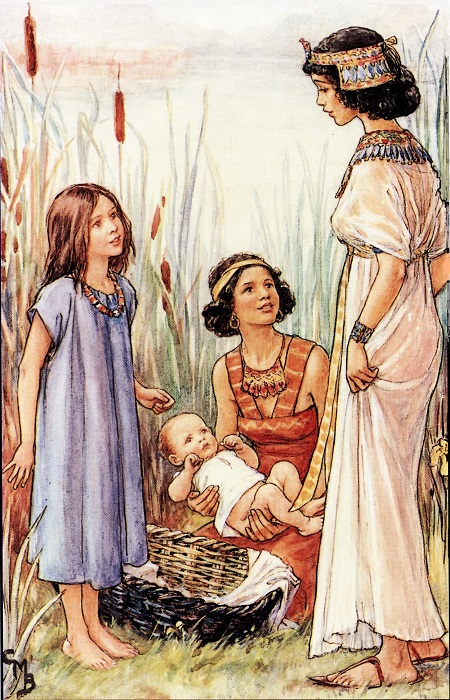 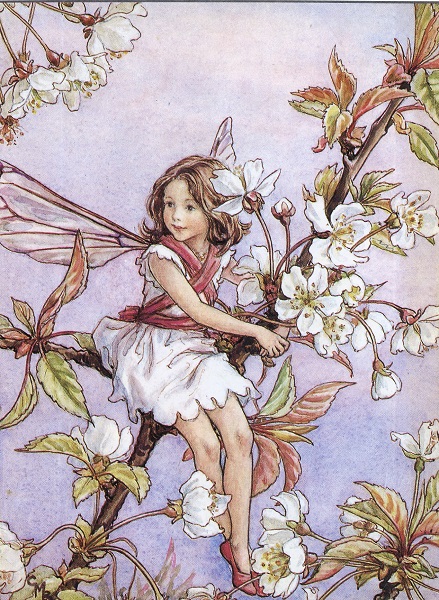 The artist’s style was largely influenced by Kate Greenaway and Randolph Caldecott as their books were popular during her childhood so she would have spent a lot of time reading them. She was also influenced by the Pre-Raphaelites Sir John Everett Millais and Edward Burne-Jones. She admired them as they painted directly from nature and they could depict flora and fauna with near exactitude. The artist achieved her own botanical accuracy by referring to botanical books or having staff from Kew Gardens bring her specimens to paint. All the people featured in her images were real and were sourced from her sister’s kindergarten or were local villagers. She also had a habit of carrying a sketchbook with her and would quickly sketch any interesting child she saw while in public places. The costumes that the children wear were also created by her and after the painting was completed the fabric was recycled into new costumes.

In 1989, Frederick Warne, a division of Penguin Books, acquired the Flower Fairies properties and turned it into the commercial behemoth it is today. Half of the artist’s books were re-released in the 1980s and ’90s and you can buy flower fairy quilts, linen, fabric, stationary, figurines and many other products.

If you would like to see some of her religious works there are some images in this Flickr account and two articles, one at The Croydon Citizen and another at the Inside Croyden Blog.