Last April, I bought at Carré d’artistes a second watercolor painting by Alexandre Lamotte. Its French title Langoureuse means “languorous,” and indeed I find it soft and sensuous. It is one of my loveliest, and it hangs above my bed.

Compared to the previous one, it is slightly smaller (25cm×25cm instead of 36cm×36cm); as in the latter, there is a white cardboard inside the frame surrounding the picture, but given the smaller size of the painting, I have cropped the photograph to remove it. Without professional equipment, it is difficult to reproduce exactly the tones and colors of a watercolor having a weak color contrast. Of all my shots and computerized contrast enhancements, I chose the version that seems to me the most emotional. So the background looks a little bit bluish, while in reality it is beige. 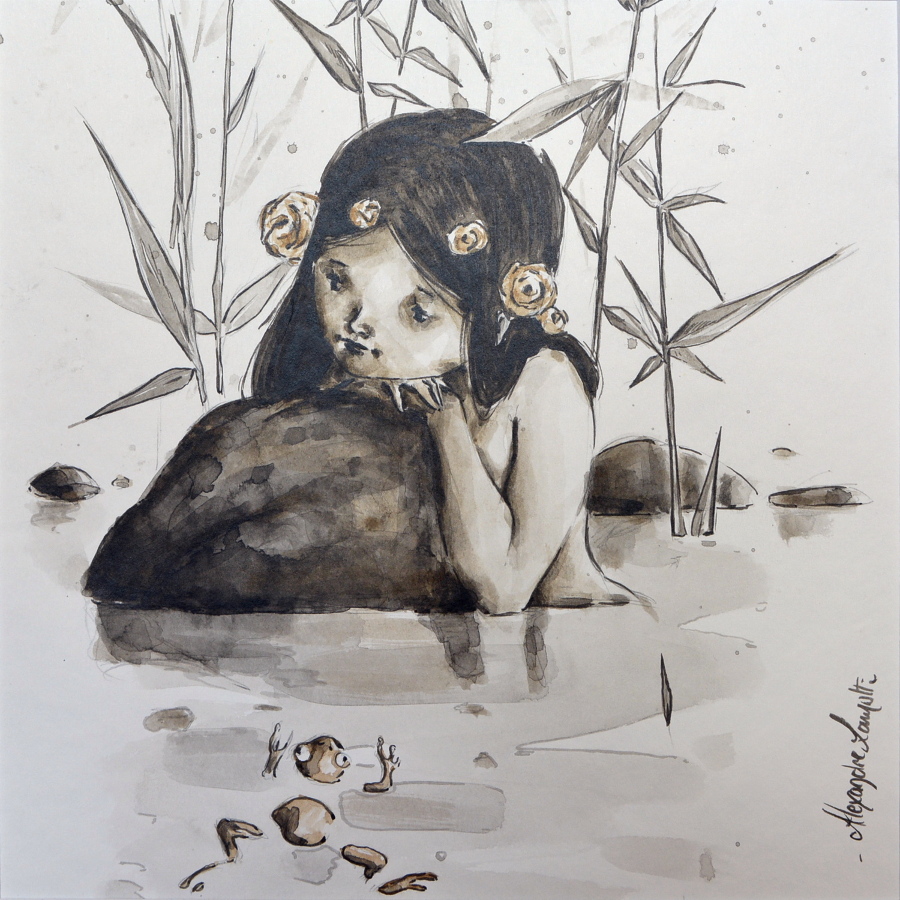 At Carré d’artistes, paintings rotate between their various galleries. Indeed, the week after I bought Langoureuse, all unsold works by Lamotte had been removed. But the staff told me that he has now other projects beside painting, so instead of being sent to another gallery, his works were returned to him. And his webpage on their site has been reduced to his biography.  They removed the image of one of his paintings that appeared on it; however I had saved it, so I give it here. 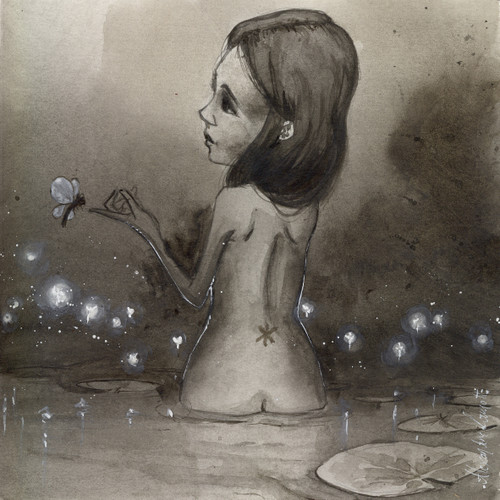