Robert Inerarity Herdman (1829–1888) was born at Rattray, the youngest of the parish minister’s four sons. At age fifteen, he started at St. Andrews’ University with the intent of eventually entering the ministry like his father. However, this idea was soon forgotten as he spent much of his time sketching or painting.

In June 1847, he began six years of study at the Edinburgh Trustees’ Academy, where he remained as a student until the end of the 1853 session. While there, the artist became a regular recipient of prizes, winning his first award for shaded drawings, less than a year after his admission. Additionally, he obtained first and second prizes in the Antique and Life classes in 1851 and 1852 then in 1854 he won from the Royal Scottish Academy (RSA) the Keith Prize and a bronze medal.

In 1855 the RSA gave Herdman his first commission where he spent a year in Italy making copies of old master paintings. In addition to these copies the artist made many of his own paintings to sell for a little income. Artistic life in Scotland revolved around the RSA and he became an Associate in 1858 and a full Academian in 1863. From 1850 until his death, the artist showed most of his works at the RSA, a total of about two hundred paintings over three decades. He also showed at the Glasgow Institute and a couple of pictures each year at the Royal Academy in London. The artist also made illustrations, which accompanied various poems and novels, for the Royal Association for the Promotion of the Fine Arts in Scotland. Many of these works were minor; however in 1869 he received a major commission from the Association, for a subject of his own choice ”capable of furnishing a powerful and effective engraving”, to be issued as a bonus to subscribers for five guineas. The subject Herdman selected—After the Battle – a Scene in Covenanting Times—was not based on any literary source. It was intended to be, as a story, fully self-explanatory. Such was the acclaim of the painting that the Association unanimously decided to buy it for presentation to the newly created National Gallery of Scotland and has since become one of his most recognised images. 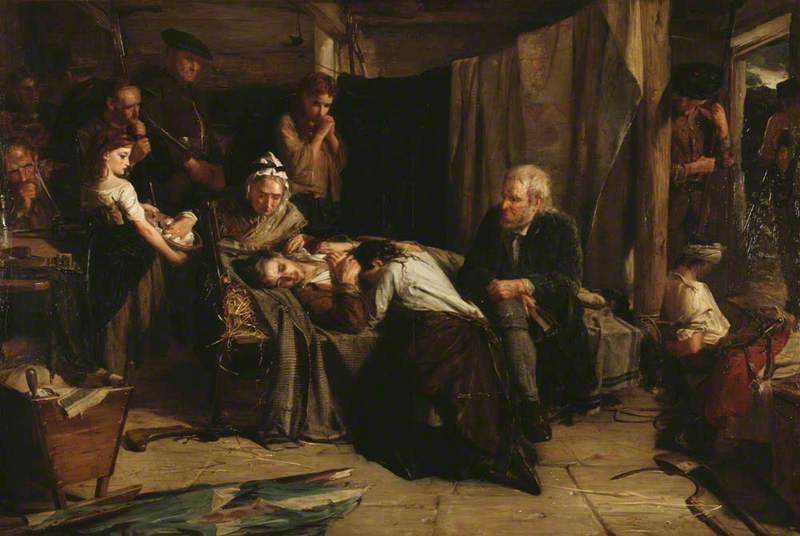 Robert Herdman – After the Battle A Scene in Covenanting Times (1870)

Another source of income came from the re-use of studies as finished pictures and the painting of small replicas of larger compositions as can be seen in this portrait of a girl. The girl that appears in this painting resembles the girl in After the Battle. 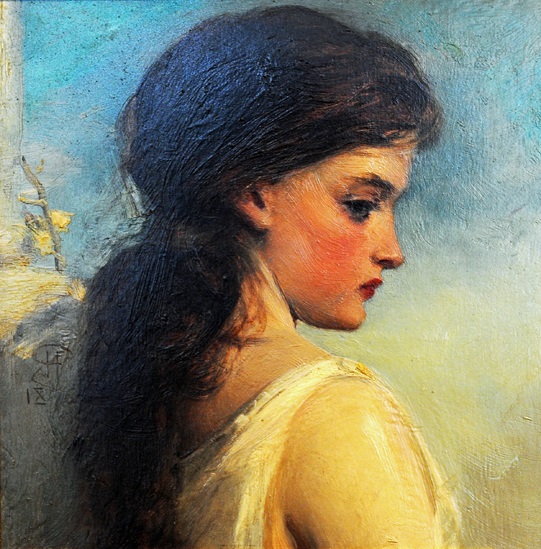 Herdman’s paintings were mainly portraits and historical compositions in oil paint, but he also produced some notable landscapes in watercolour. His portraits ranged in style from the delicate, charming and beautiful images of young women and children to the strong and characterised images of male academics; a large number of these can be viewed on ARTUK’s website. 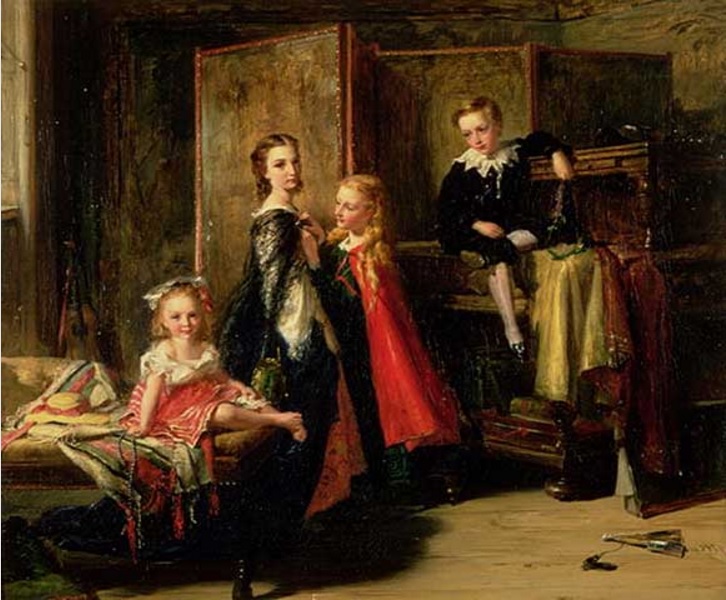 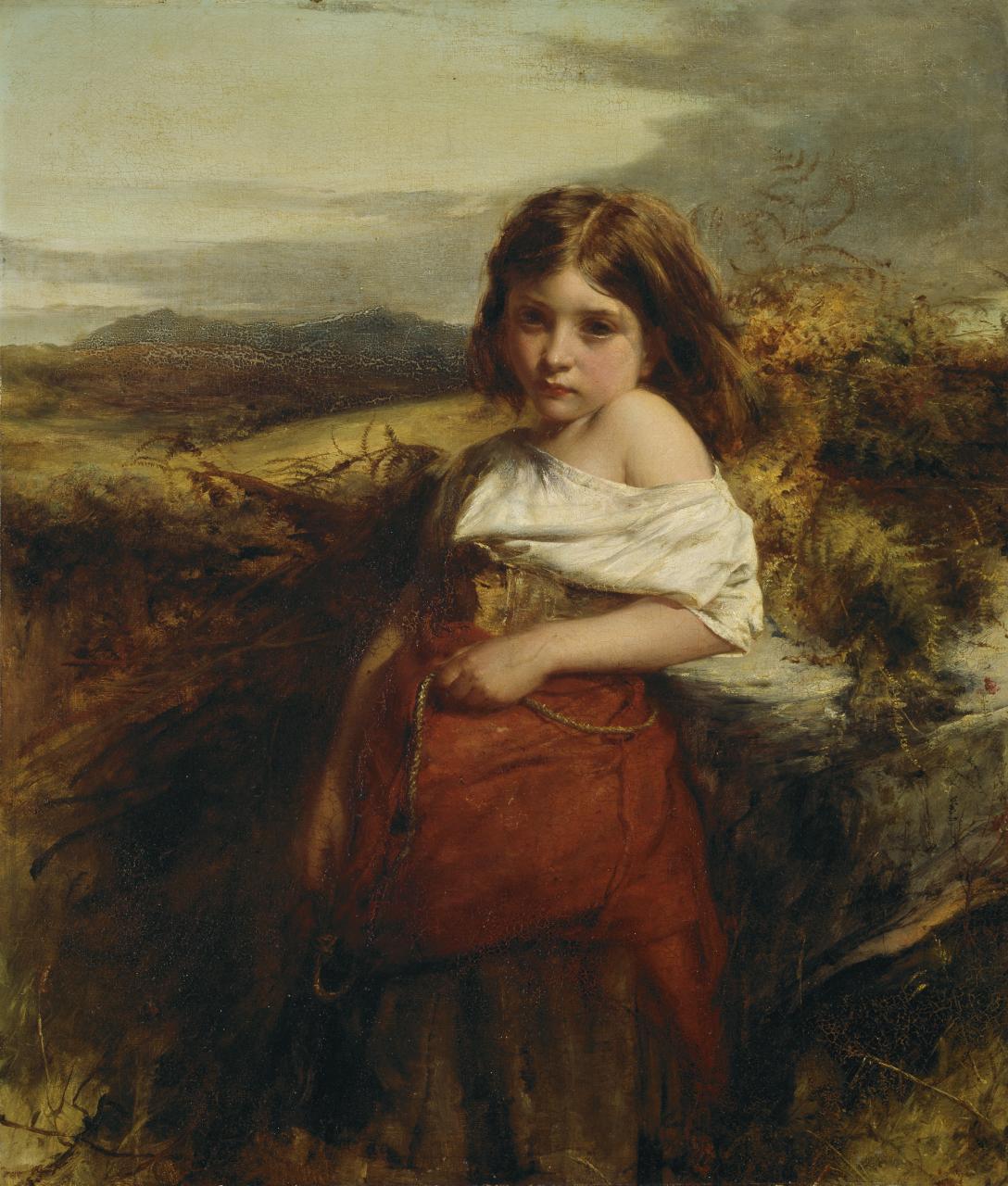 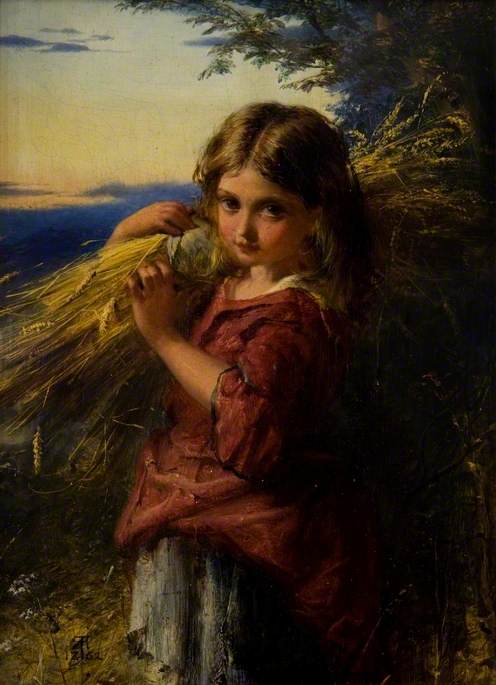 He first visited the Isle of Arran in the summer of 1864 and the landscape became a common feature in his paintings either as the setting of his portraits or as landscape paintings. These visits were not only painting expeditions but family holidays with repeated visits year after year. 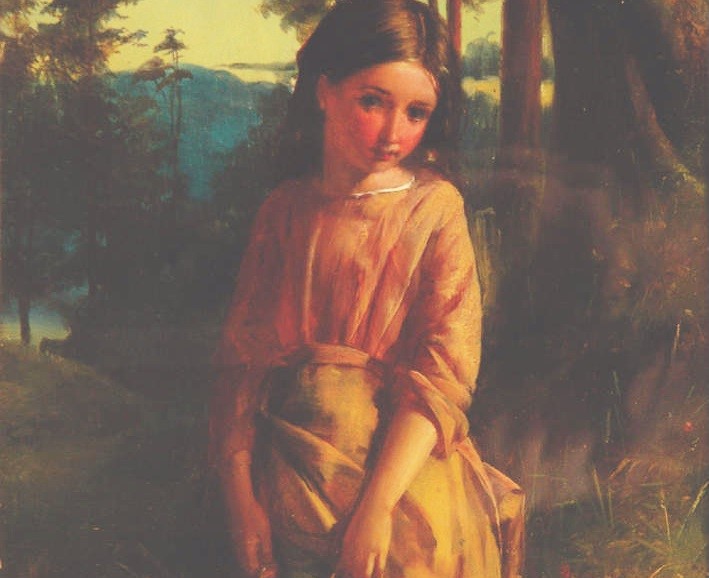 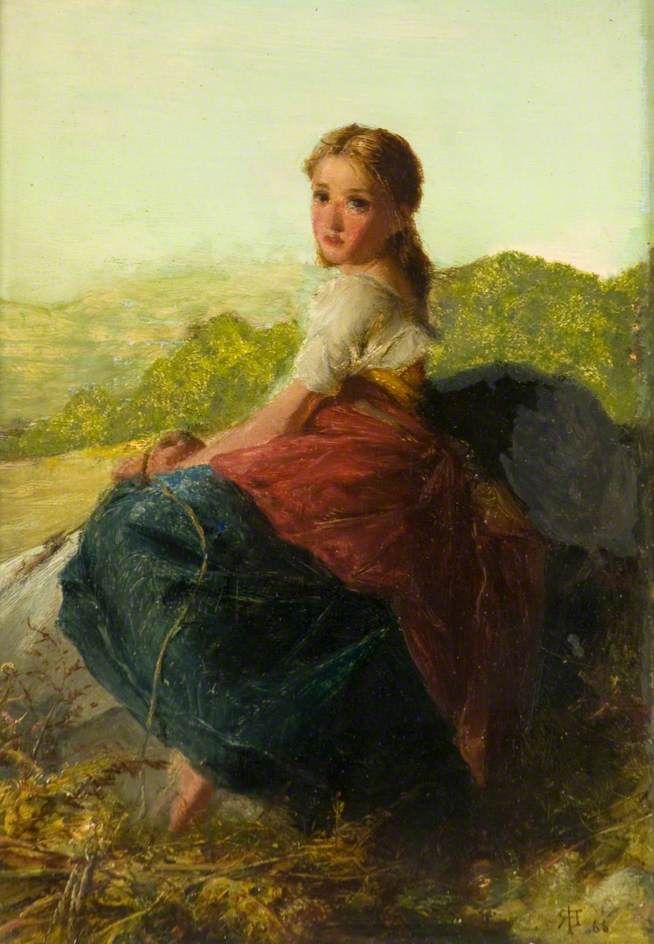 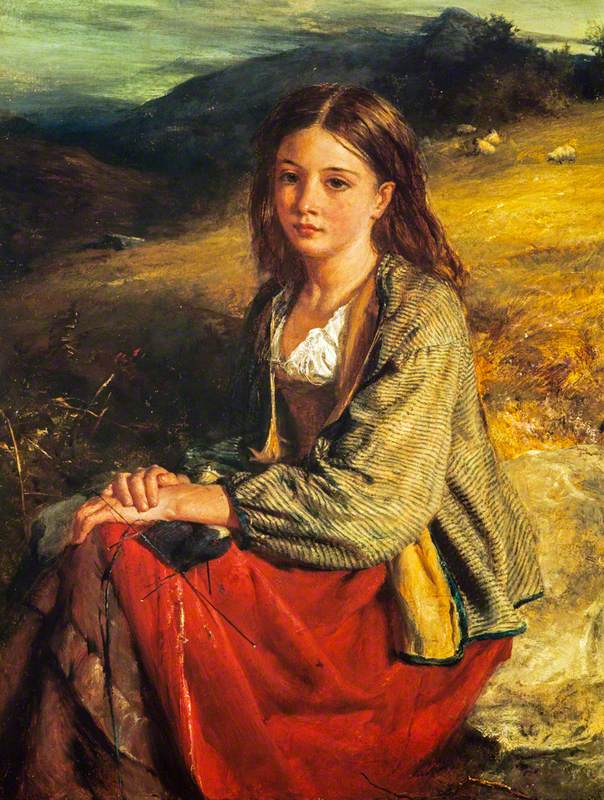 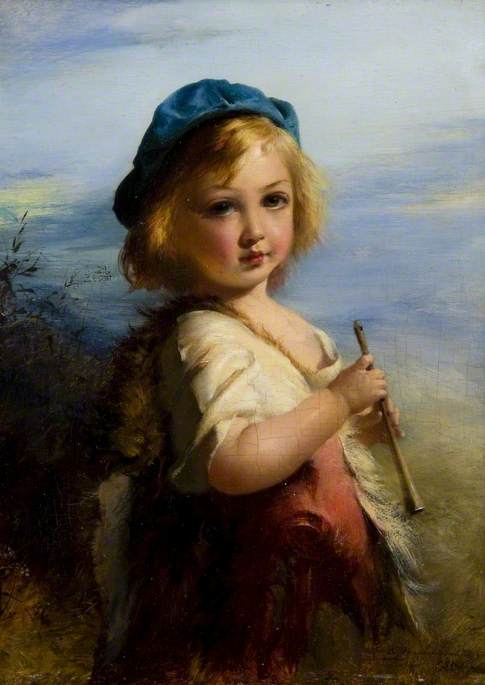 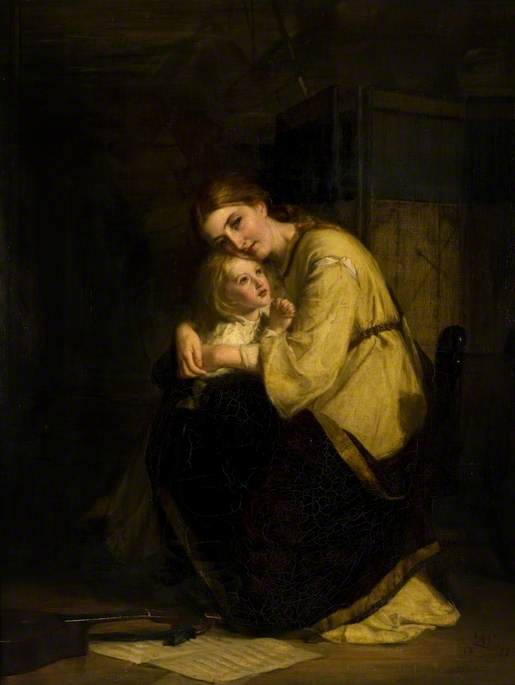 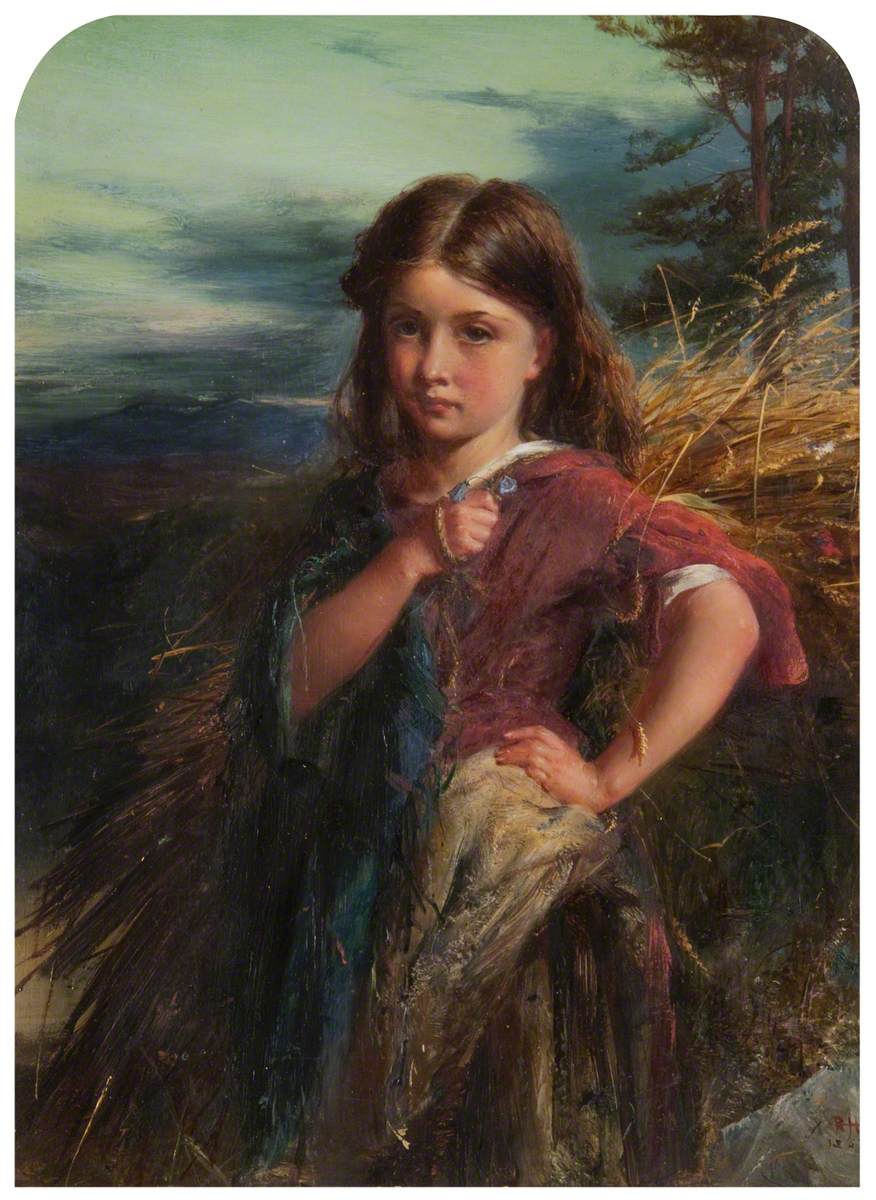 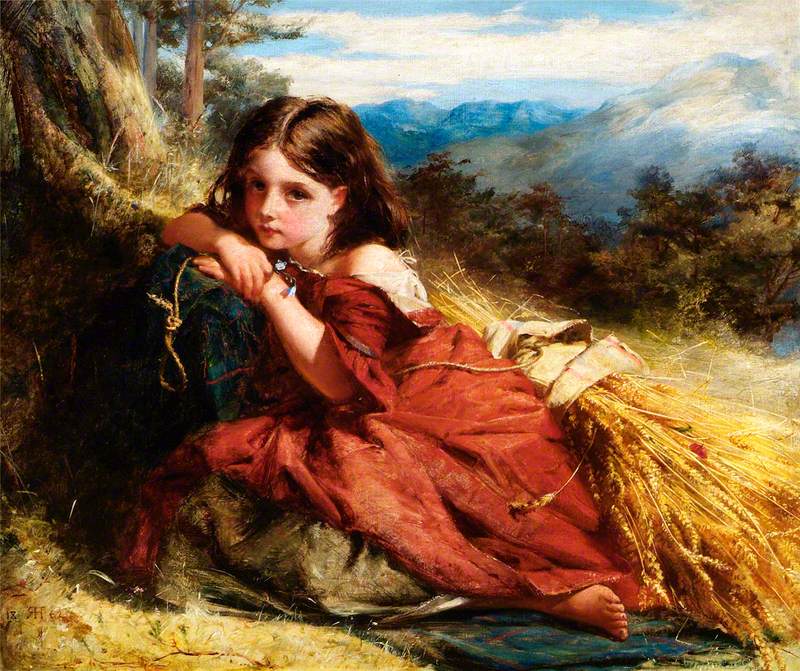 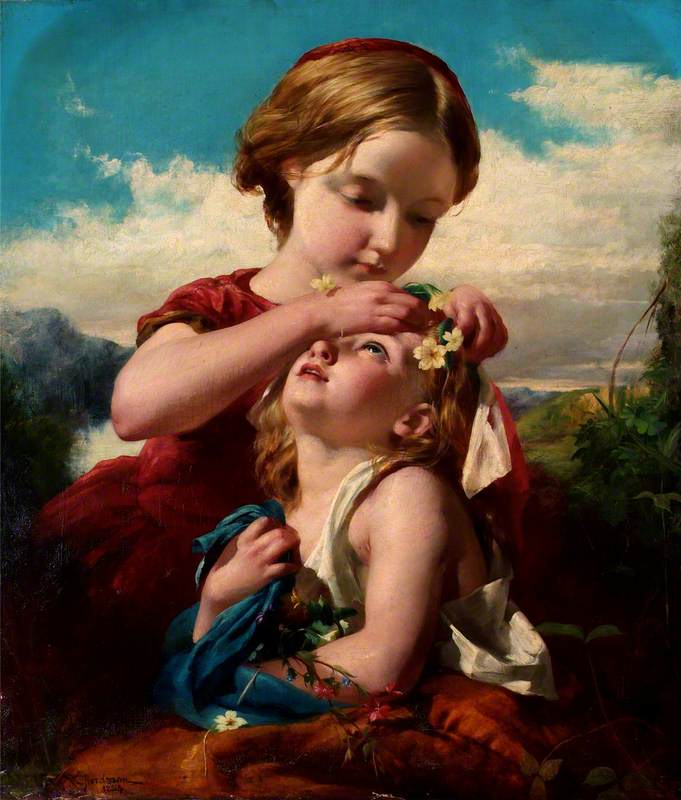 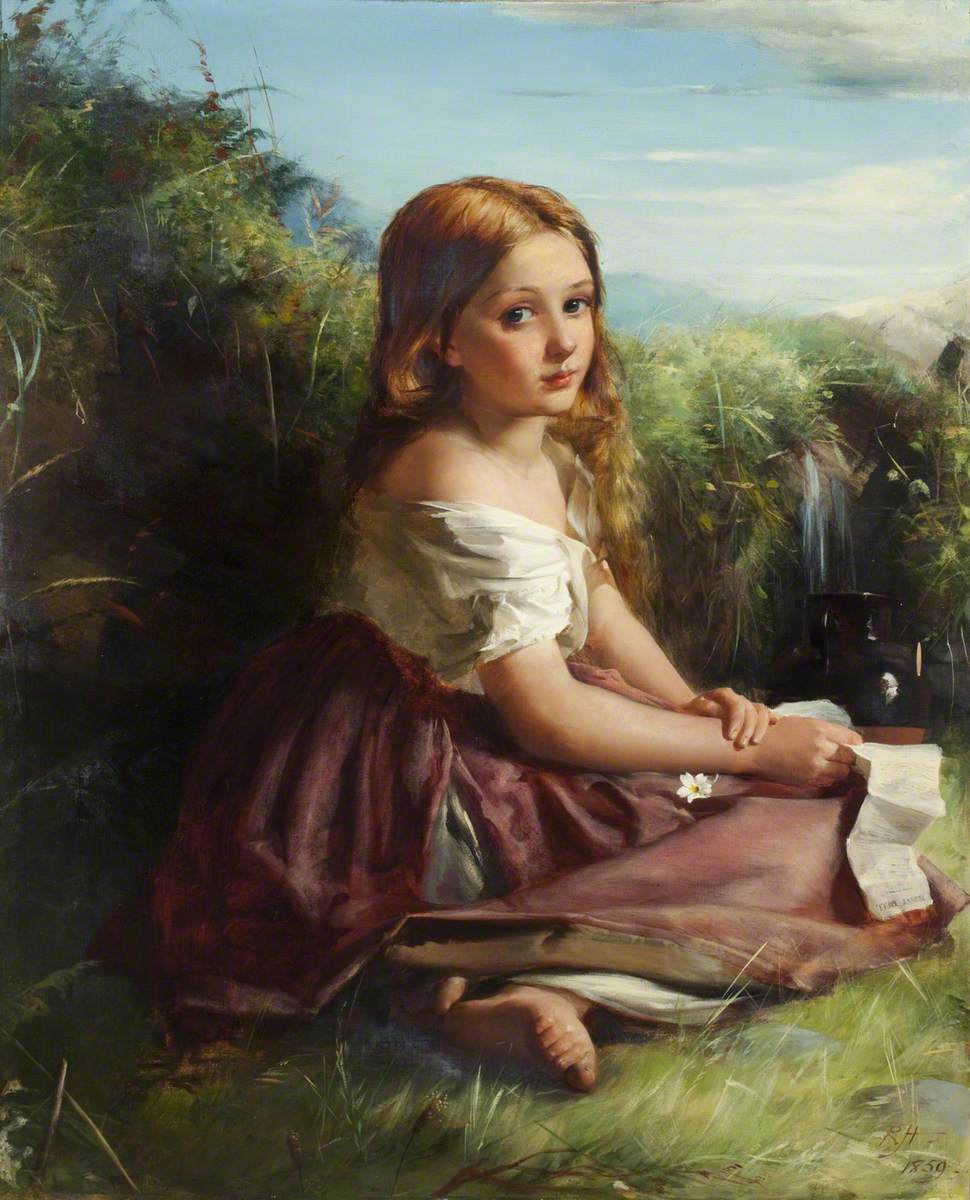 For those interested in seeing a list of Herdman’s paintings, there are two catalogues at archive.org. One is for the Royal Scottish Academy and one for the Royal Academy, London. These are not a full list of works by the artist but rather a list of all works hosted at these galleries.

2 thoughts on “The Paintings of Robert Herdman”