These postcards are from Stuart’s collection.  The nice thing about his collection is that it was acquired decades ago and so many of the items would be hard to come by in today’s secondary market.  A single piece that might be found on a sales site today may actually have belonged to a photographic series and so it is a delight to give our readers a fuller picture rather than a single image out of context.  These postcards were probably produced just after the turn of the last century.

The setting suggests a classical child of nature or a nymph, but with a veil that satisfies the English sense of propriety. 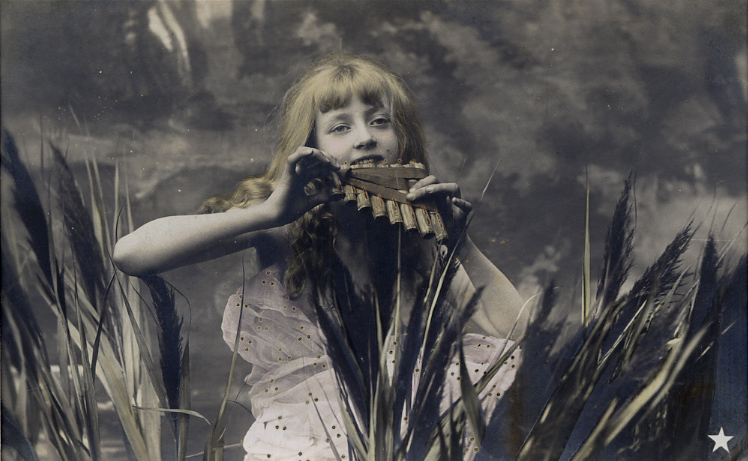 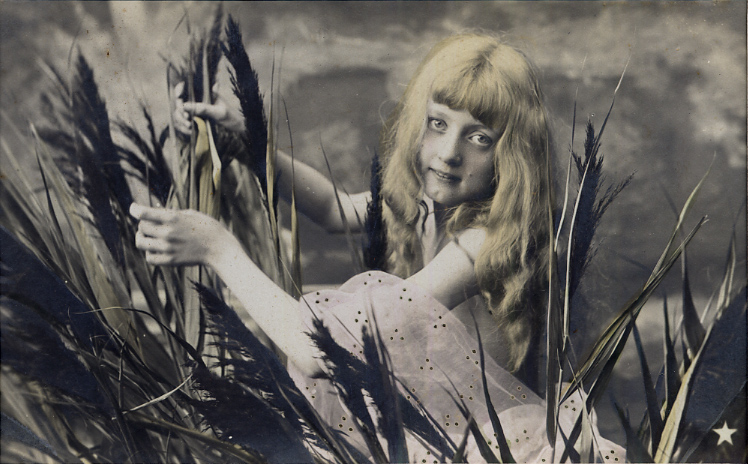 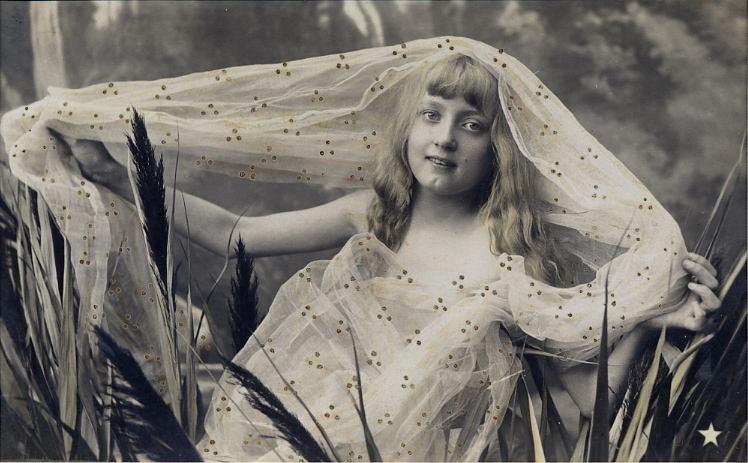 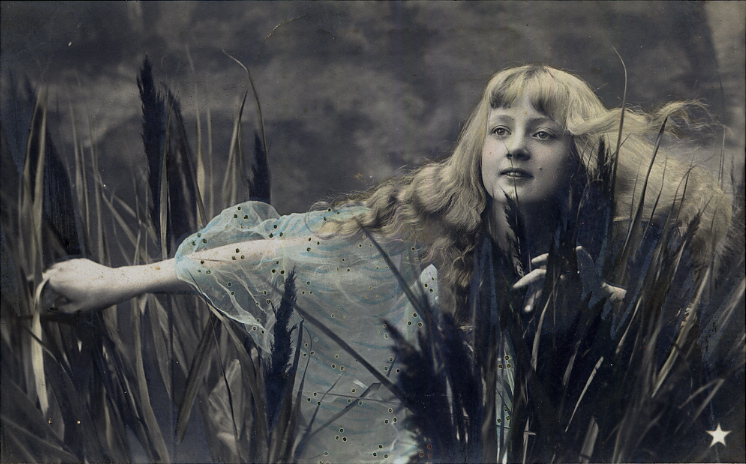