It is so often true that tragedy accompanies beauty. The following image, in the typical Edwardian style, is of a girl who was a promising model and actress with the pseudonym Lucille Ricksen (1910–1925). 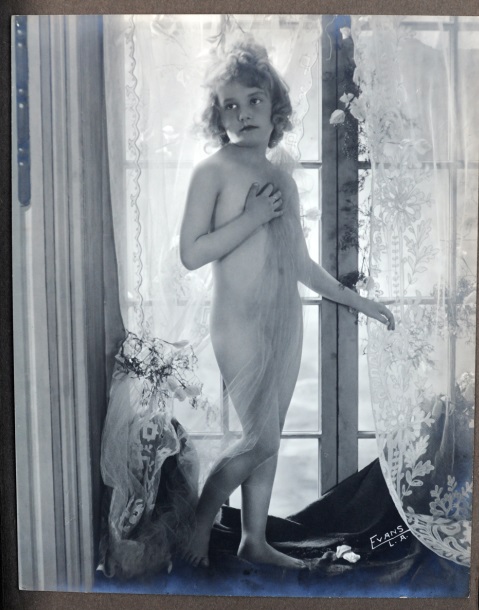 Ricksen was born in Chicago of Danish immigrants and had an older brother, Marshall, who also appeared in early silent films. She began her career as a professional child model and actress at age 4. Through her roles, she garnered enough fame to be able to provide for her parents. In 1920, she moved to Hollywood at the request of Samuel Goldwyn, casting the eleven-year-old in a comedy serial called The Adventures of Edgar Pomeroy. Afterward, she began to be cast in full-length films and her career prospects continued to rise.

Ricksen often played characters who were much older than herself and she was recognized by the public and people within the motion picture industry for her maturity at handling adult themes. In 1924, at the age of fourteen, she was one of thirteen young women honored each year, believed to be on the threshold of movie stardom. During her busy schedule that year, she was often ill and in early 1925, her health worsened and she was diagnosed with tuberculosis. At this point, her father abandoned the family. Her mother, Ingeborg, tried to care for her while she was bedridden but had a fatal heart attack, literally collapsing on her bedridden daughter. Ricksen spent her last days being taken care of by others in the movie colony and two weeks after her mother’s death, she succumbed, at age fourteen. After her death, she became a kind of poster child condemning parents for overly exploiting their talented children.