Today’s image comes from a photographic exhibition that took place this year from late January to early April entitled ‘Varna Road’. The photographer was an American academic and documentary filmmaker named Janet Mendelsohn. It was part of a “photo essay” produced while she was a student at the University of Birmingham in the UK from 1967–69. 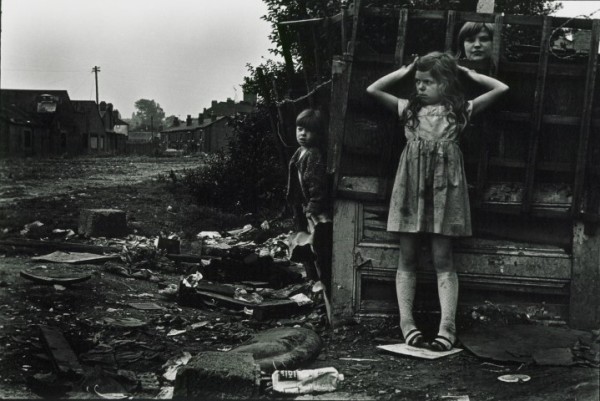 The purpose of the photo essay was to depict everyday life in the inner-city district of Balsall Heath. The idea was an experiment in using photography as a tool for cultural analysis. Her work provided an insight into an impoverished community in flux from the stresses of immigration from the Caribbean and South Asia. The project culminated in an archive of 3,000 photographs and interviews now held at the Cadbury Research Library at the university. Mendelsohn’s work also preserved the record of a way of life that was about to be obliterated by the persistent push to clear the slums, completely eliminating some streets including its most infamous, Varna Road, part of Birmingham’s largest red light district.