A film like this makes me think that there is no such thing as fiction. To make a compelling story, to get the audience to really care about the characters, it is more effective when it is taken from one’s real experiences. Munted (2011) is a remarkable short film produced by Welby Ings and based on an incident that occurred in 1961 in King Country on the North Island, New Zealand. The filmmaker recalls that a man was badly beaten and hounded out of the district without being able to comprehend what he had been accused of. He decided to tell this story showing how innocence can be brutalized whenever sanctioned rumor is pitted against a truth that can’t defend itself.

The word munted is slang meaning both damaged or worthless and drunk. The word obviously applies ironically to the main character but also to most of the other characters, though in a different sense.

The film is narrated by a 10-year-old girl called Katrina (Ella Edward) who lives with her Aunt Kath. This adds a layer of reality as the story is told by a child with its naivete and misconceptions about the adult world. 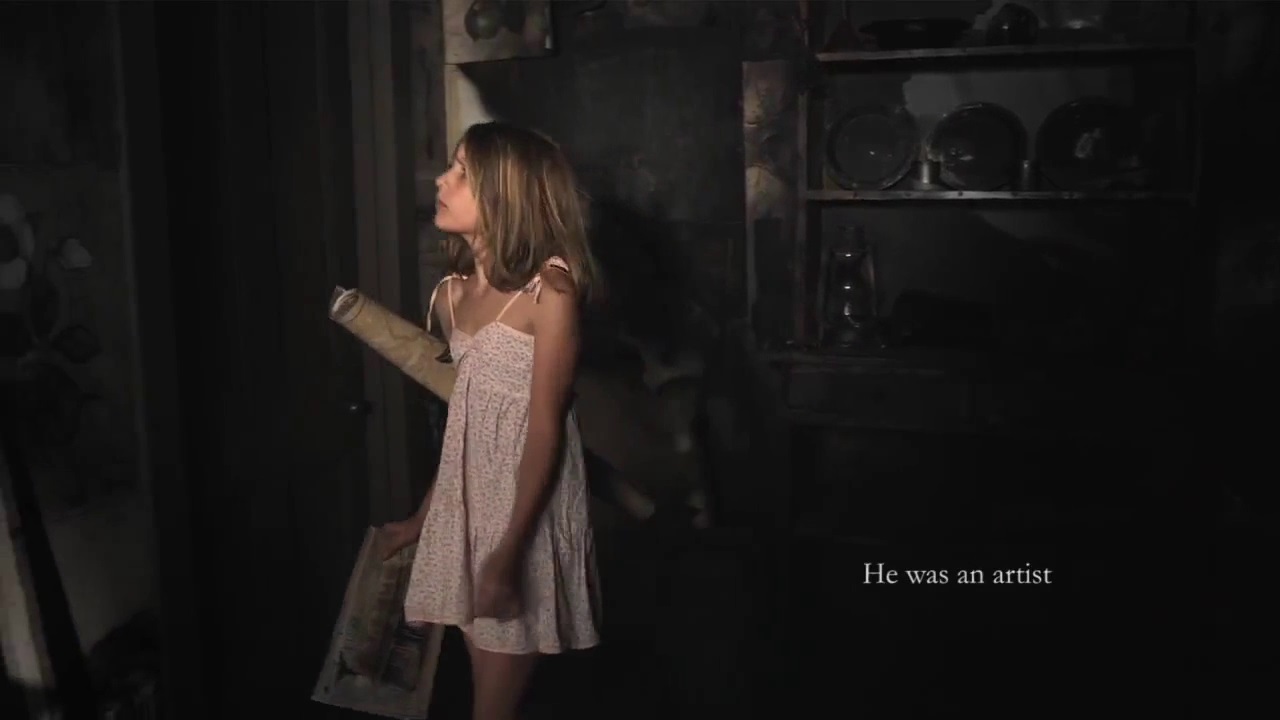 She introduces us to Don (Phil Peleton), an artist who lives in a building near Katrina. He draws sketch after sketch of flowers—a symbol of female innocence and played to great effect in the opening of the film—and sometimes sketches Katrina as well. The two have an emotional attachment and Katrina tells Don she wants to be an artist. The drawings shown in the film’s opening were actually drawn by Ings himself. 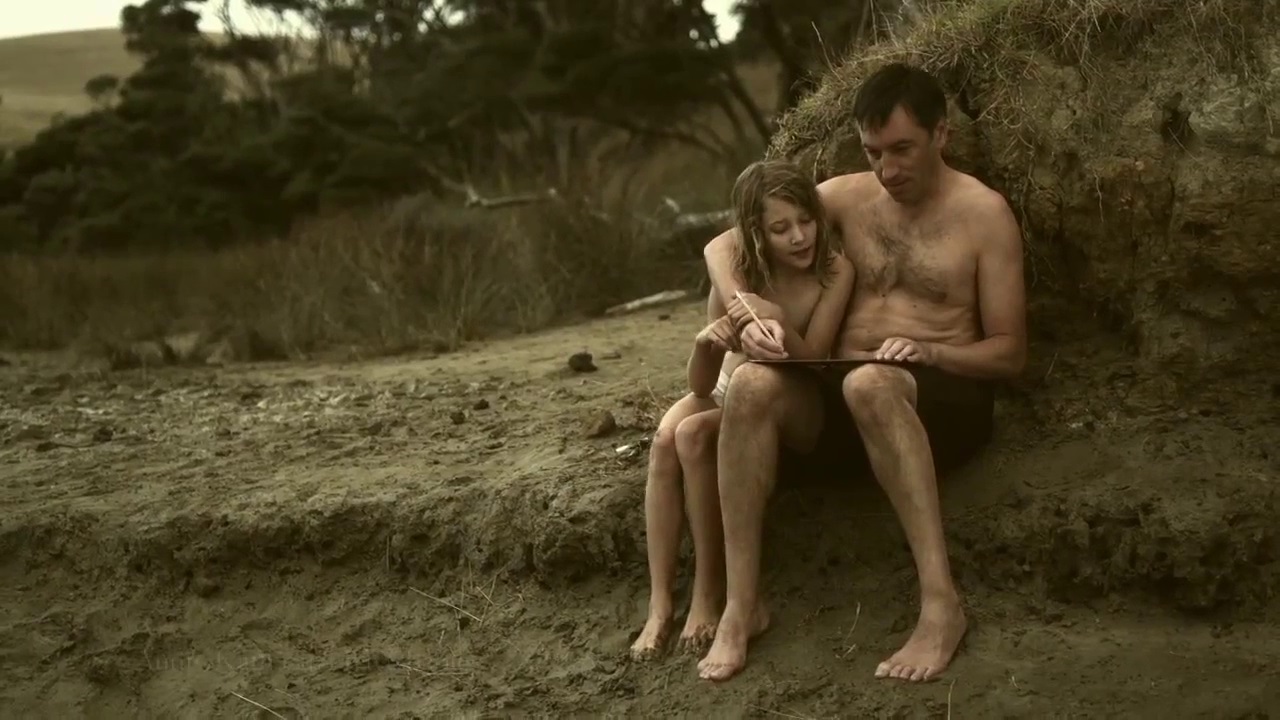 We get a sense of Don’s backstory from a combination of exposition and narration throughout the film. Apparently, while drunk, he got into an auto accident, killing his wife. He was subsequently unable to save his daughters from drowning because of his own fear of the water. In his art, water is always portrayed as darkness and associated with death. As a result of the crash, he suffered some kind of mental debilitation with both physical and psychological components.

Katrina comments that Don’s drawings are all covered in writing which seems to spoil the images, but it is clearly meant to reflect the artist’s mental state. The integration of text into an artwork is personally significant to the filmmaker who did not learn to read and write until he was fifteen. Therefore, Ings’ childhood memories of written text is as a kind of textural art suggesting labyrinthine forms. The film itself is also covered in text seemingly serving the superfluous function of English subtitles. 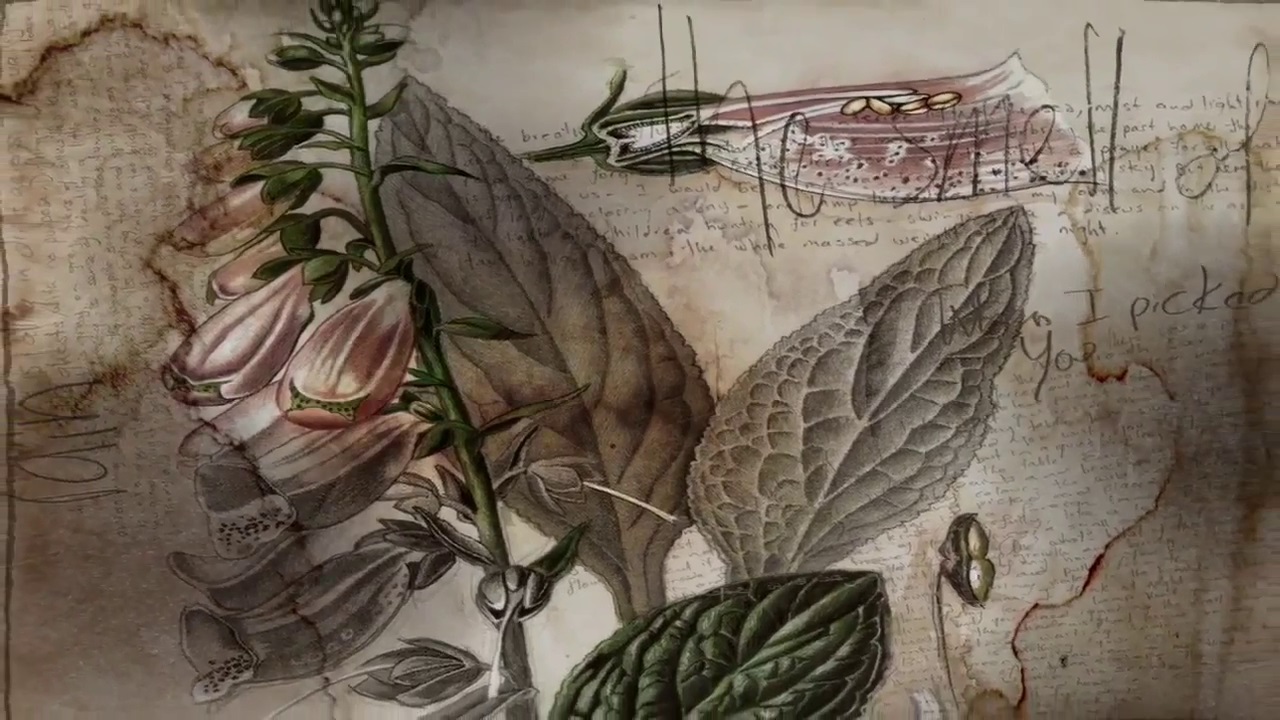 One day, Katrina’s biological mother, Brooke, appears with a new beau and is intent on taking the girl back. Aunt Kath resists this idea. She was unable to have children herself and her sister seemed incapable of taking care of a child so the arrangement worked out well for a while. It is clear from Brooke’s behavior that her desire to get Katrina is motivated by a selfish desire to restore her respectability as a mother. The two women look for Katrina by going to Don’s place. There, Brooke finds a folder with photographs of little girls. Brooke begins applying pressure by making incessant phone calls to her sister. Finally, she does some digging, perhaps into the newspaper archives, and finds misleading clues to Don’s past. The impression is that Don is a pedophile who murdered two girls. Brooke makes the case that this proves that Don is a dangerous influence. 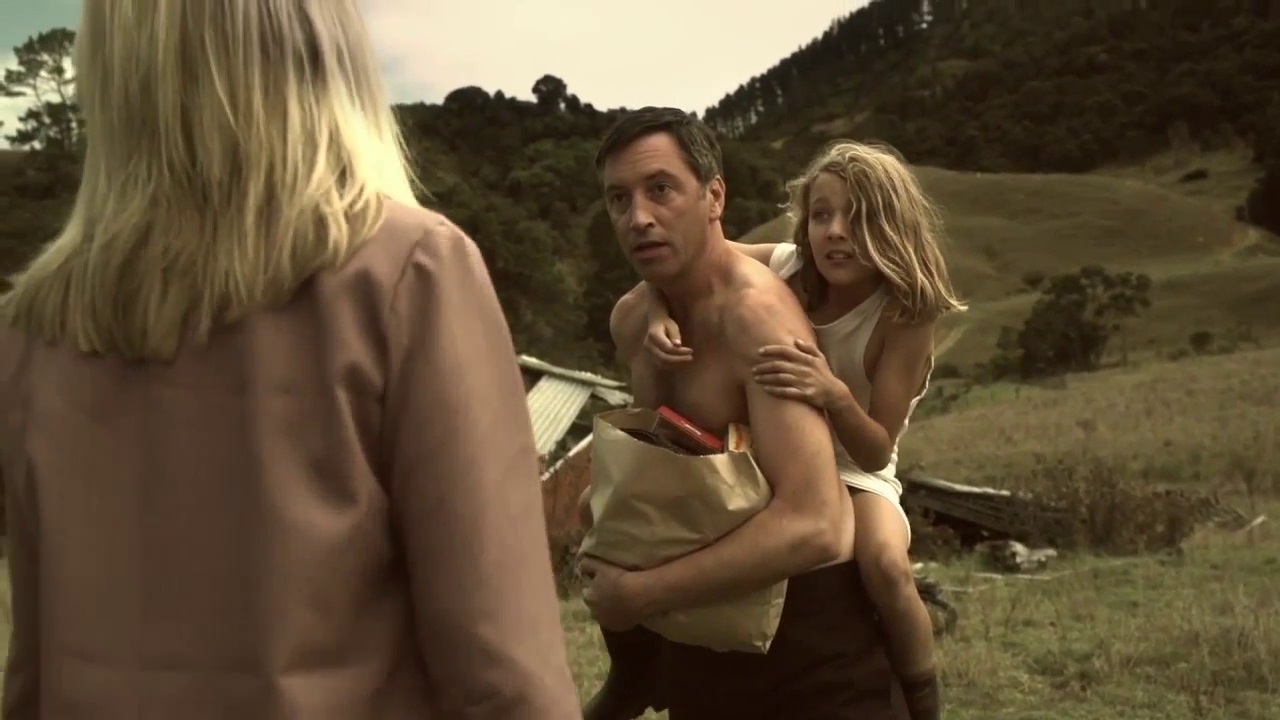 The situation is exacerbated one day when Katrina swims too far out and gets caught in an undertow. 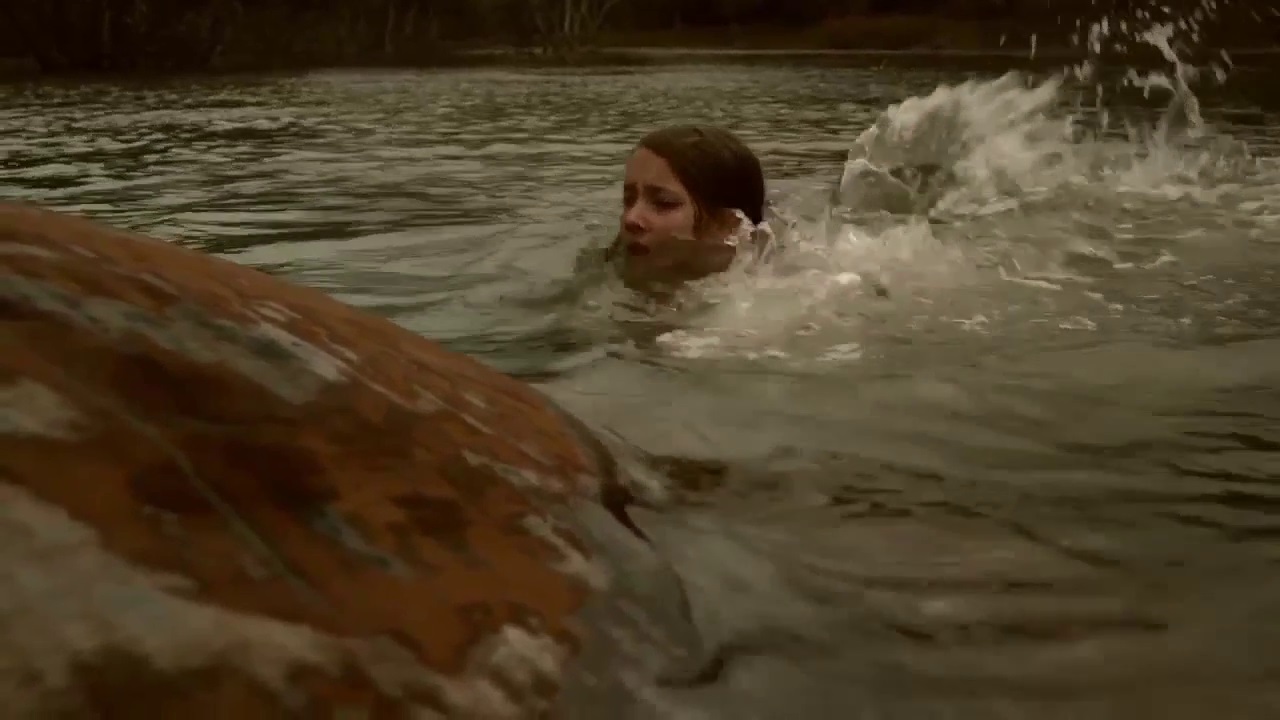 In a startling act of heroism, Don overcomes his fear and manages to save the girl. However, when the others arrive on the scene they interpret it as an attempt by Don to harm her. 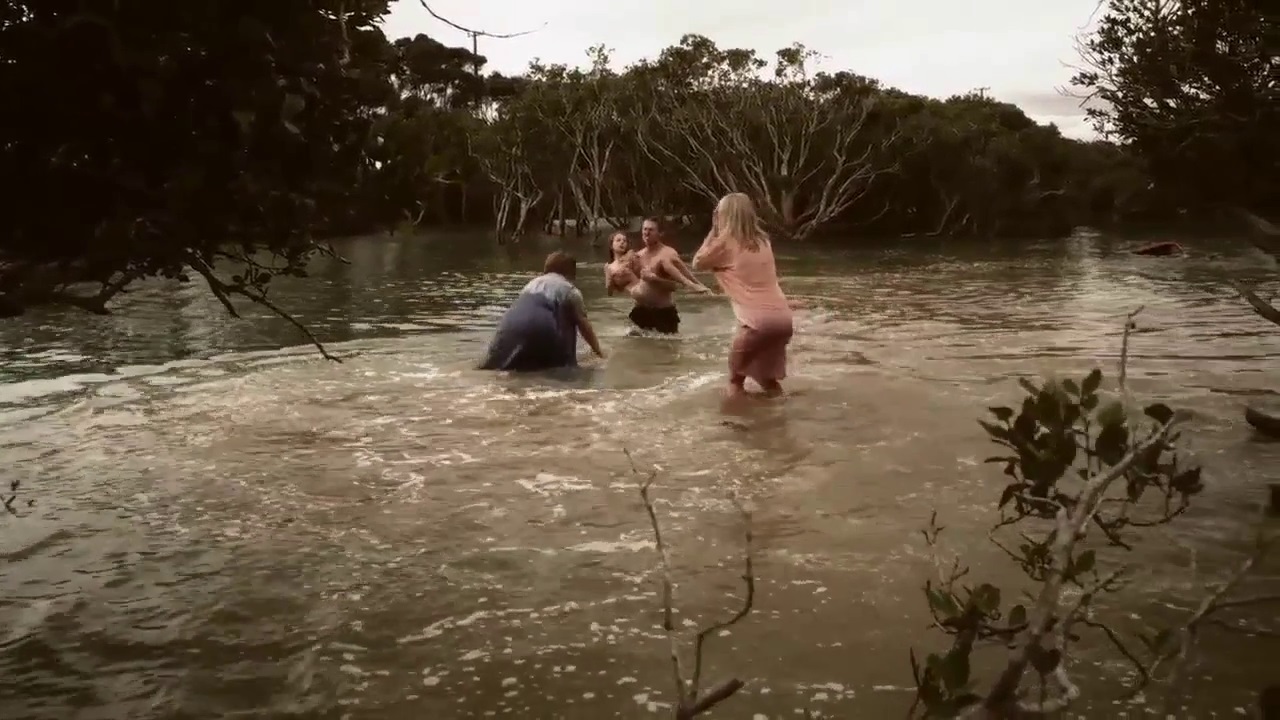 Brooke finally appeals to the egos of her beau and some of the local ruffians suggesting that they should really do something about Don. While in his tub—another drowning reference—the men come by, beat him, murder him and then set his place on fire. The dual purpose of fire here, destroying both the art and the man is an intentional reference to the famous quote: “Dort, wo man Bücher verbrennt, verbrennt man am Ende auch Menschen.” (“Where one burns books, one will also finally burn people.”) (Heinrich Heine, Almansor, 1820/21). This outcome is a vivid statement about the nature of the moral panic surrounding pedophilia and sexual abuse.

Throughout the murder scene, the song Farther Along is sung.

Tempted and tried, we’re oft made to wonder
Why it should be thus all day long
While there are others living about us
Never molested though in the wrong

Faithful ’til death, said our loving Master
A few more days to labor and wait
Toils of the road will then seem as nothing
As we sweep through the beautiful gates

After the funeral, Katrina packs and shares her concluding thoughts:

Things can happen like that, if you’re alone and don’t have any friends to look after you. You’ve got to be really careful. You’ve got to fit in. That’s just the way it is. 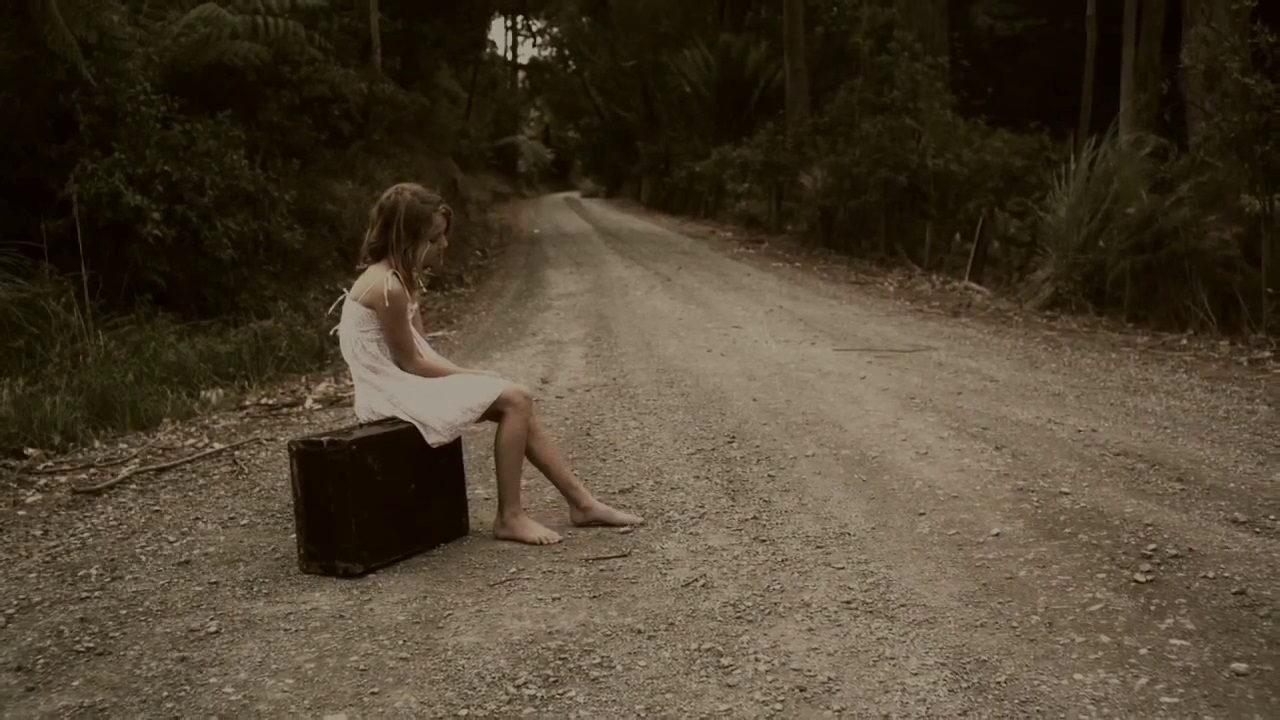 Welby Ings is an associate professor of graphic design at Auckland University of Technology, a storyteller and makes short films in his spare time. He is fascinated by how people think and has concluded that the act of creativity is really a form of “disobedient thinking”. He is a captivating public speaker and shares important lessons taken from his own upbringing. Munted won the 2012 Leeds International Film Festival Award in the short film category and was an official selection for several other festivals as well. His first film Boy (2005) was shortlisted for an Academy Award in 2006.

4 thoughts on “When Innocence Has No Voice: Munted”