…the same old pile of cats sleeping in the corner, . . . the same old detachment of cows wading across a branch at sunset, . . . the everlasting farmers, gathering their eternal squashes; and a Girl Swinging on a Gate; and a Girl Reading; and girls performing all sorts of similar prodigies. -Mark Twain, ‘Academy of Design’, San Francisco Alta California, 1867 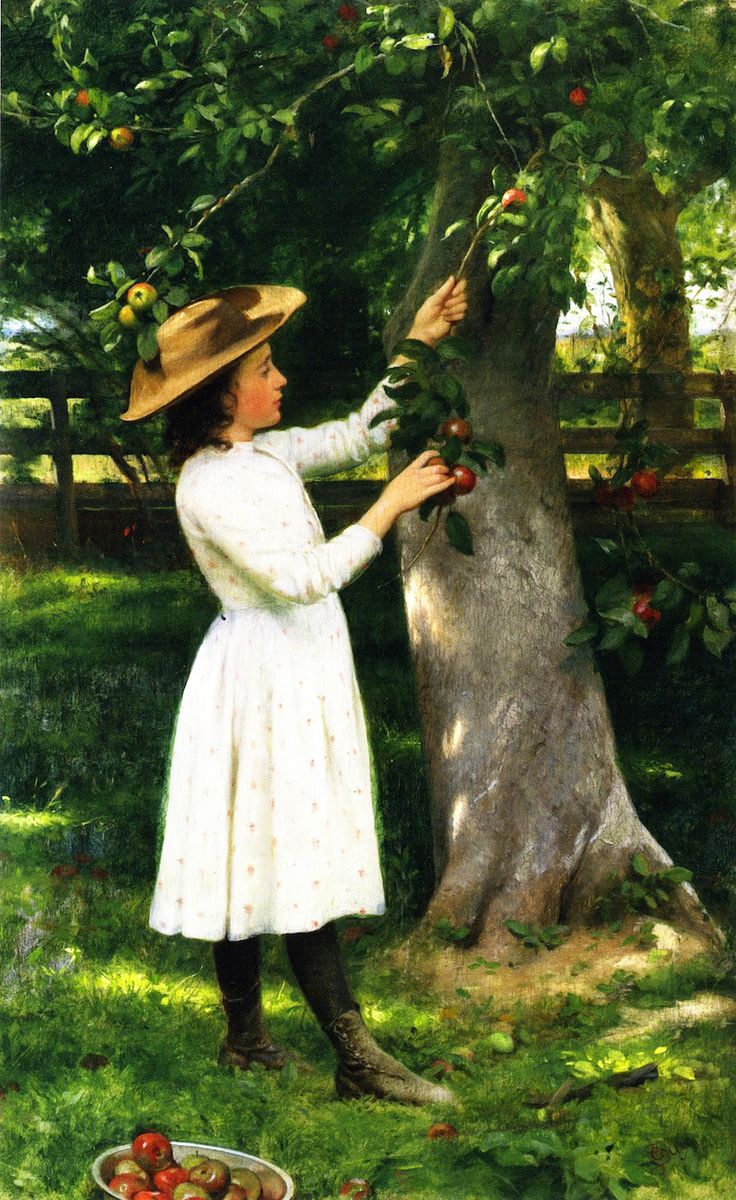 Twain’s derisive comment about the state of art at an annual exhibition of New York’s National Academy of Design was indicative of a psychic shift in the public after experiencing the horrors of the American Civil War. It had been custom for serious artists to make some kind of wry or satirical political statement with their art. Despite the mundane subjects of these paintings, social criticism was alive and well, but in a more subtle way; and what stronger statement can there be in a time when America needed a return to normalcy and a comfortable life? This post was inspired by a lead from a reader about an essay written by David M. Lubin. The essay, ‘Guys and Dolls: Framing Feminity in Post-Civil War America’, appeared in the book, Picturing a Nation in 1994. Lubin’s analysis centers around a painting called Making a Train and although his analysis is perhaps too conventionally Freudian, he does make some interesting points.

Seymour Joseph Guy (1824–1910) was British-born and did not gain fame in the United States until after the aforementioned exhibition, but he quite effectively brought out seemingly contradictory traits of the young girl in a compelling way. He trained with the portrait painter Ambrosini Jerôme and married the daughter of an engraver, Anna Maria Barber, before moving to New York in 1854, living there until his death. He became friends with John George Brown, and they both became known for their genre paintings of children. Having nine children of his own, Guy had ample opportunity to use them as models in his work. In the case of Making a Train, the girl depicted was most likely Anna who was nine years old at the time. 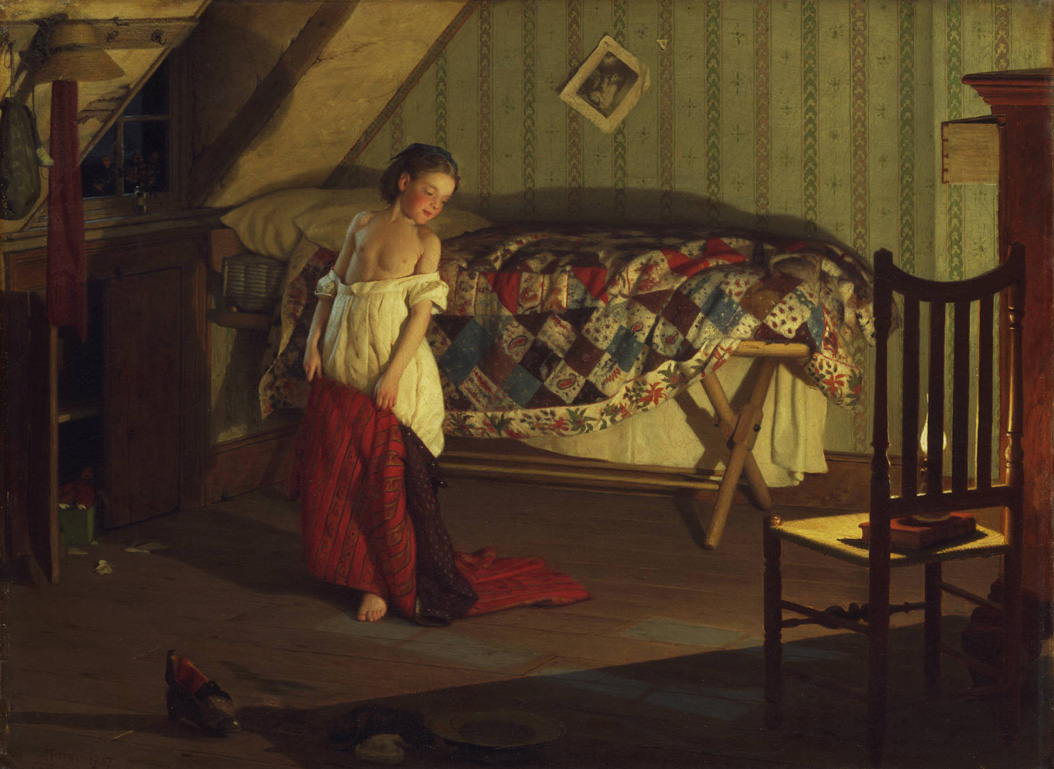 Making a Train is a seductive image for any number of reasons, some of which seem to contradict one another. For example, the painting is buoyantly innocent but also teasingly erotic. In one sense the room in which the girl plays is safe, cozy, and warmly lit, but eerie shadows loom, and on the wall a sentimental print of a child in prayer has come ominously undone. Although the girl appears independent and carefree in her play, the architecture presses down as if bending her body beneath its pressure. The items of clothing strewn before her, the toy doll stuffed in a box in the half-open cupboard, the oil lamp set down behind the bars of the banister-back chair, the jutting dresser drawer, and the rumpled, unmade bed bespeak the spontaneity of the child, but they also convey disorder and an absence of discipline . . . Clean-scrubbed, rosy-cheeked, radiant, a middle-class princess, the little girl is also Cinderella, confined to a shabby attic while her haughty stepsisters and wicked stepmother attend the grand ball that she can only dream of attending. -David M. Lubin, Picturing a Nation, 1994 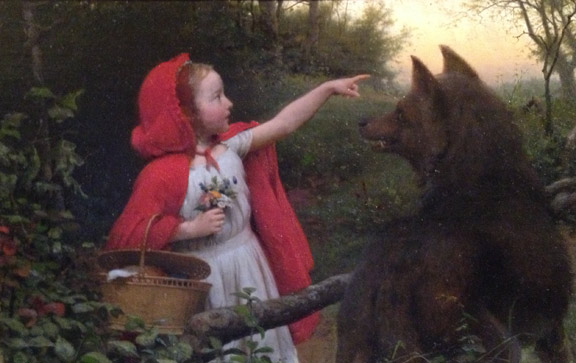 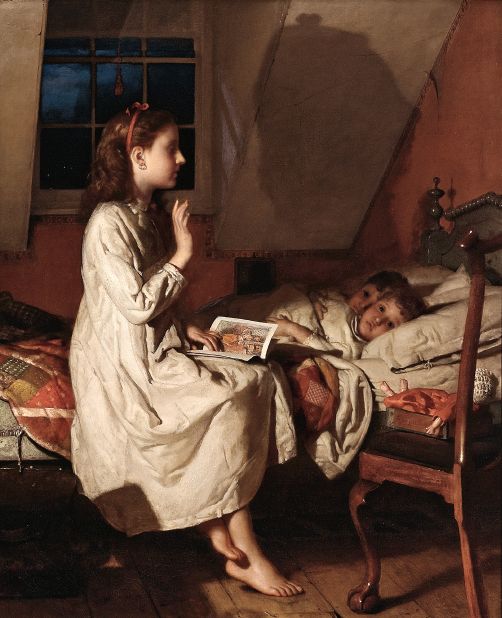 Guy’s archetypal paintings were primarily cabinet-sized and became prized by collectors of American art. He distinguished himself from his contemporaries because of his technical skill and knowledge of the science of painting. But as fashions are always transitory, Guy’s meticulous and smooth executions fell our of favor as a new generation of European-trained artists emerged in the 1880s. Although his talent has become appreciated once again in recent times, there is still very little published about the life and career of this remarkable artist. Bruce Weber has made an attempt to remedy this shortcoming.  Several paintings are referred to in Lubin’s writing but, as it happens, Pip has been collecting other excellent examples from the internet and has shared them so they can be included here . 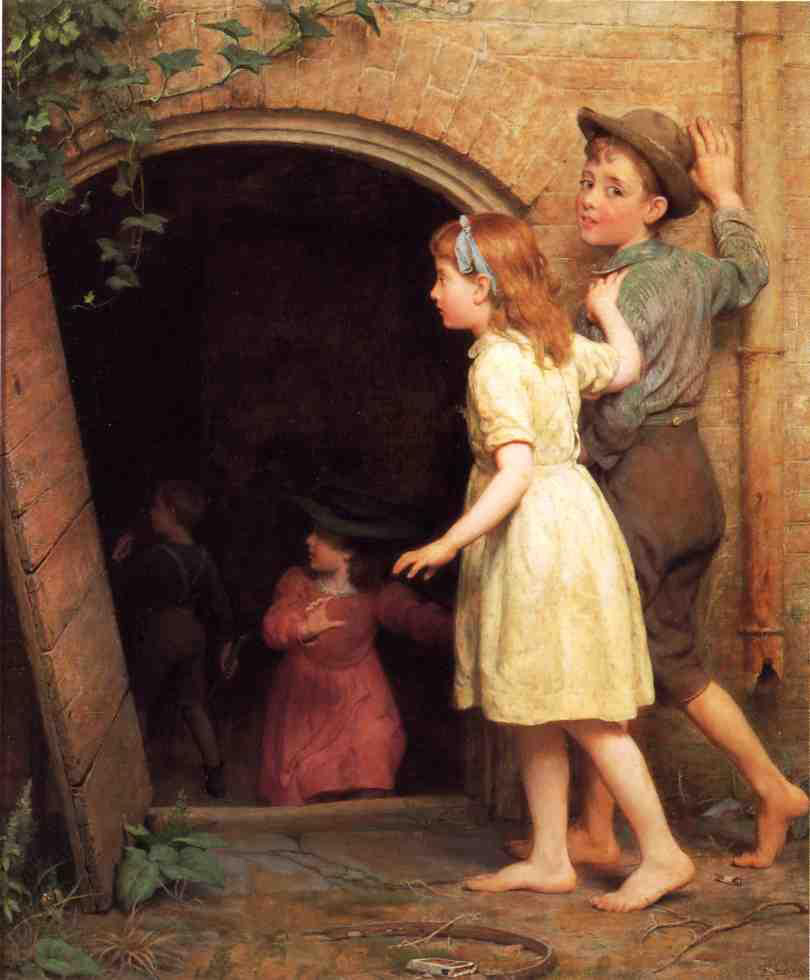 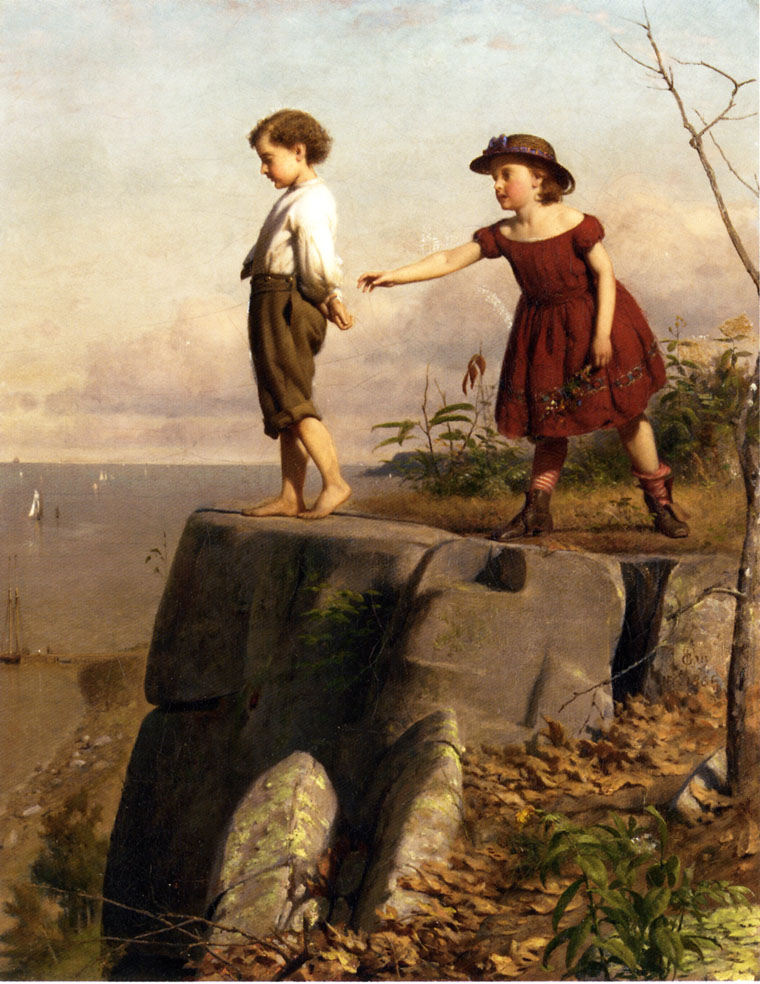 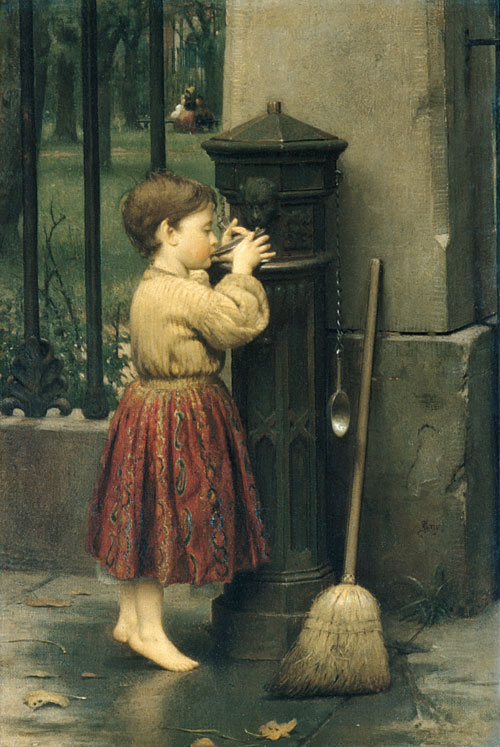 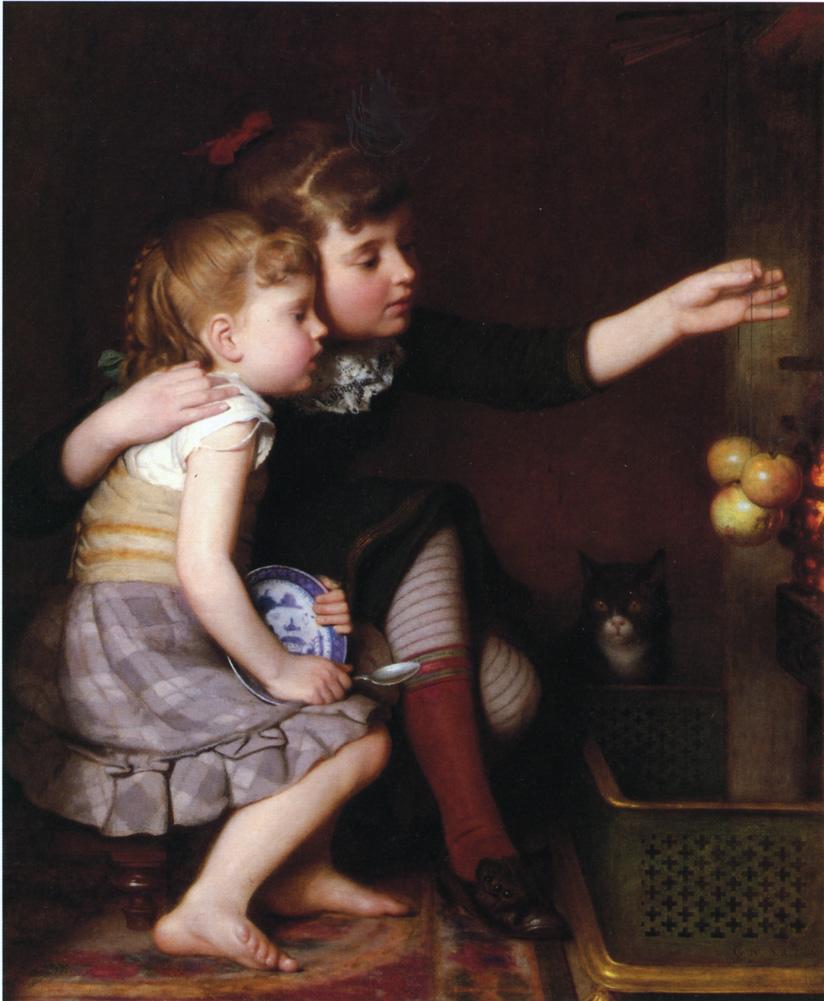 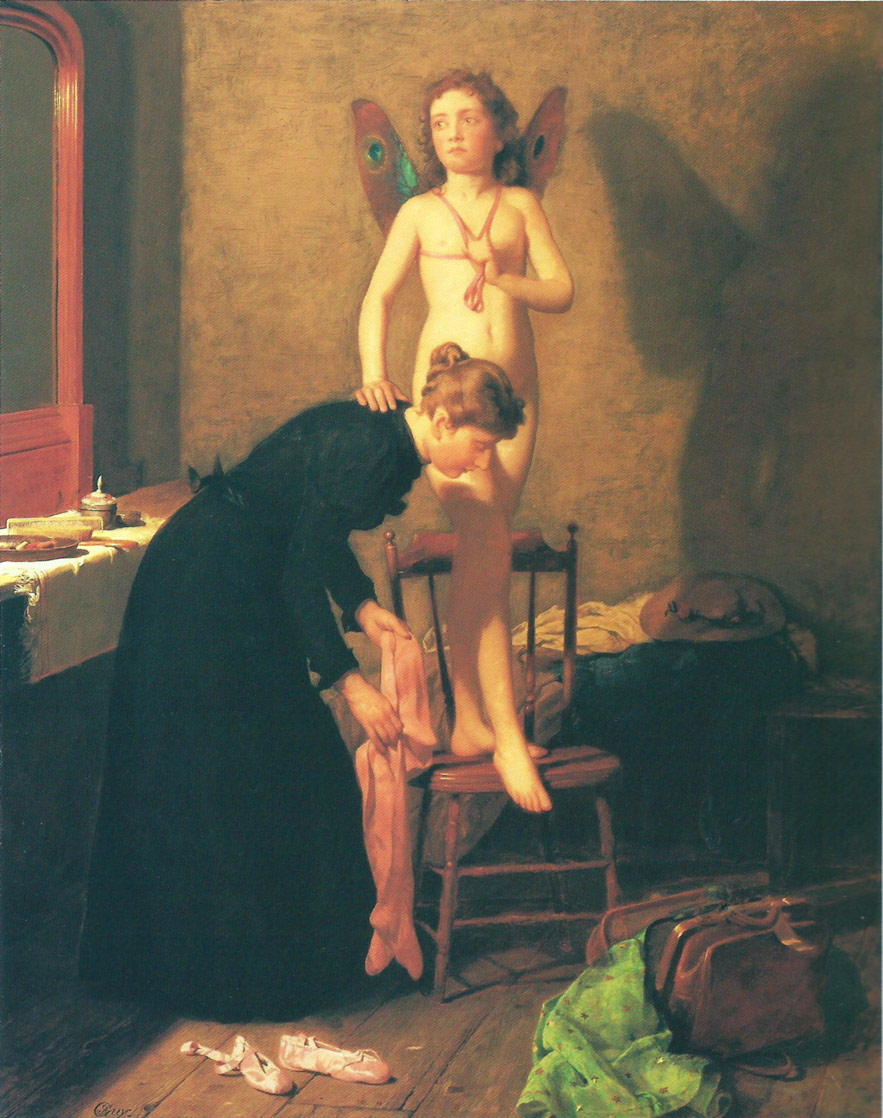 Seymour Guy – Dressing for the Rehearsal (1890)

It is interesting that artists often observe the conventions of decency as in the last image where the dresser’s head is “strategically placed”.  However, this does not seem to diminish the sensuality of the image.