A Premium Postcard Collection: It is with great excitement that I announce that my friend Stuart—who has perhaps the world’s biggest collection of Edwardian postcards—has finally consented to share his collection with Pigtails readers.  It will take time to sort through and scan thousands of postcards but as they become available, I will share them here.  For starters, some new Reutlinger images have come to light and that post has been updated.  I think I can speak for all of us when I say that this generosity is greatly appreciated.

Guilt by Association: On May 9th, photographer Chris Madaio is scheduled to stand trial for charges that he violated the conditions of his parole after serving 4 years in prison for possession of child pornography (see more details on his story here).  Although Madaio does not contest the original charges, the Morgan County, Alabama authorities seem determined to find any excuse to continue to punish him.  The new charges are based on images found on a computer and some USB drives found in a storage unit with his name on it.  The unit belonged to two women, the sister and a friend of Samuel Hyde.  Hyde was a convicted sex offender whom Madaio knew for a short time while attending the same court-ordered program.  The women allowed Hyde personal use of the unit, but neither they nor Hyde have been indicted.  To complicate things further, Hyde made a statement against Madaio before dying under mysterious circumstances.  It would be difficult to speculate on the veracity of all the details of the case, but it is an excellent illustration of how the justice system prefers to grandstand on prosecutions rather than rehabilitate and reintegrate those who have been convicted.  Although Madaio has a court-appointed attorney, he is hopeful that a more trusted family lawyer will be allowed to serve as co-counsel.

No News is Bad News: An item came across my desk about a controversy regarding a GAP Kids clothing line and the portrayal of Black people.  An ad campaign featuring a performing troupe called Le PeTiT CiRqUe (more on them in a future post) included one image with a bigger girl resting her arm on a shorter Black girl.  You can read a little about it here.  With all the special interest groups involved in this issue, many people are getting on the bandwagon and making a lot of noise.  Whatever the circumstances, I would like to humbly suggest that those sincerely interested in the cause of racial justice not waste their energy on something that will accomplish nothing while giving free publicity to a major clothing company.  On the other hand, it is nice that Le PeTiT CiRqUe got a little press. 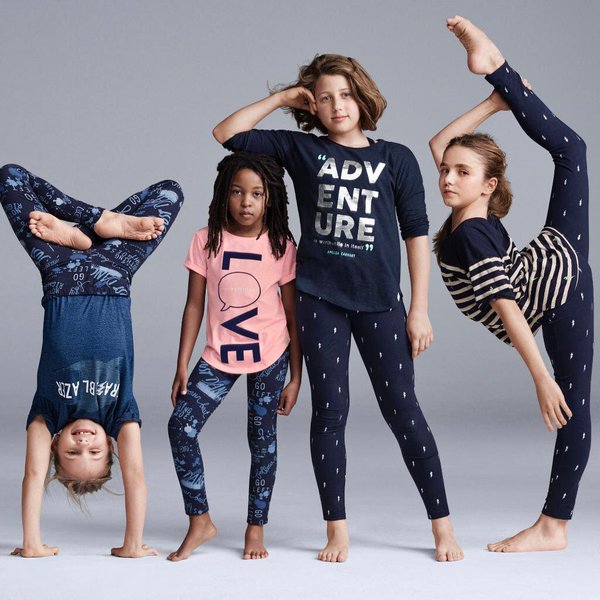 “Moral Welfare” on the Set: One of our readers, who is child modeling agent, has shared items of interest regarding the changing rules and conditions of child models and actors. For example, in the past, outtakes from films shot in the days before the internet would never see the light of day and if there was some inadvertent nudity, it was of little concern. But today, a lot of behind-the-scenes footage gets leaked and so the rules in Hollywood have become a lot stricter.  An online article shares an interesting anecdote regarding the opening scene of Disney’s Pollyanna and informs readers that now, under California law, it is studio teachers who are responsible for the moral welfare of children in their charge.

To Top or Not to Top: As many readers of this site are aware, in many countries outside the United States, it is routine for undeveloped younger girls to swim in public without bikini tops.  A mother shares an interesting story about her 7-year-old daughter’s recent trip to Spain.  It offers a little insight about a child’s body image and her ability to adapt to different cultural norms.  The editorial concludes with the mother seeking this advice: now that the girl is used to swimming without a top, how can she be persuaded to go back?

Auction News: A friend passed on this small item about Sotheby’s auctioning off a few Sally Mann photographs on May 19th.  A lot of big-name photographers are featured and the Mann images are numbered 58–61.  Speculation in art has continued to inflate prices.