An associate came across an interesting example of performance art called The No Pants Subway Ride. Essentially started as a prank in 2002, it has turned into an international annual event. On a lark, he decided to investigate if any children had participated; after all, it wouldn’t be appropriate to allow kids to participate in this kind of event, would it? Lo and behold, he did find some images of little girls taking part and shared them with me. 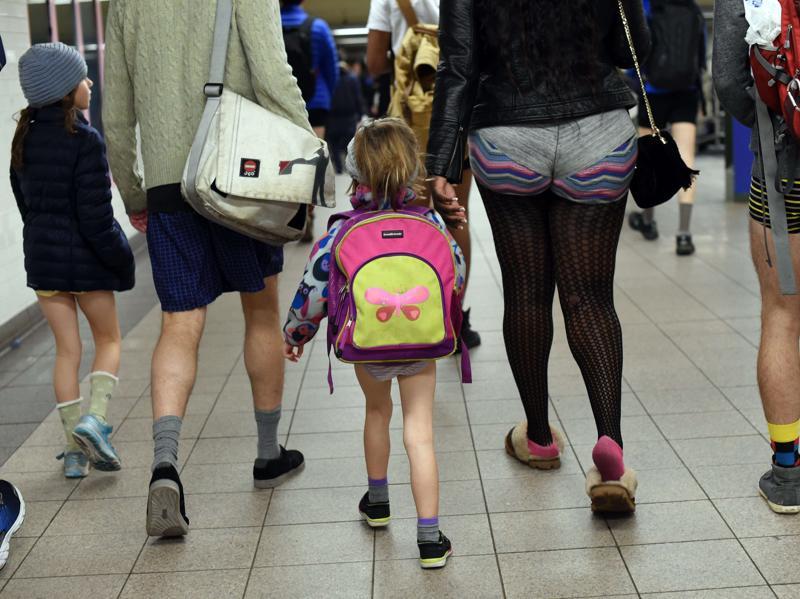 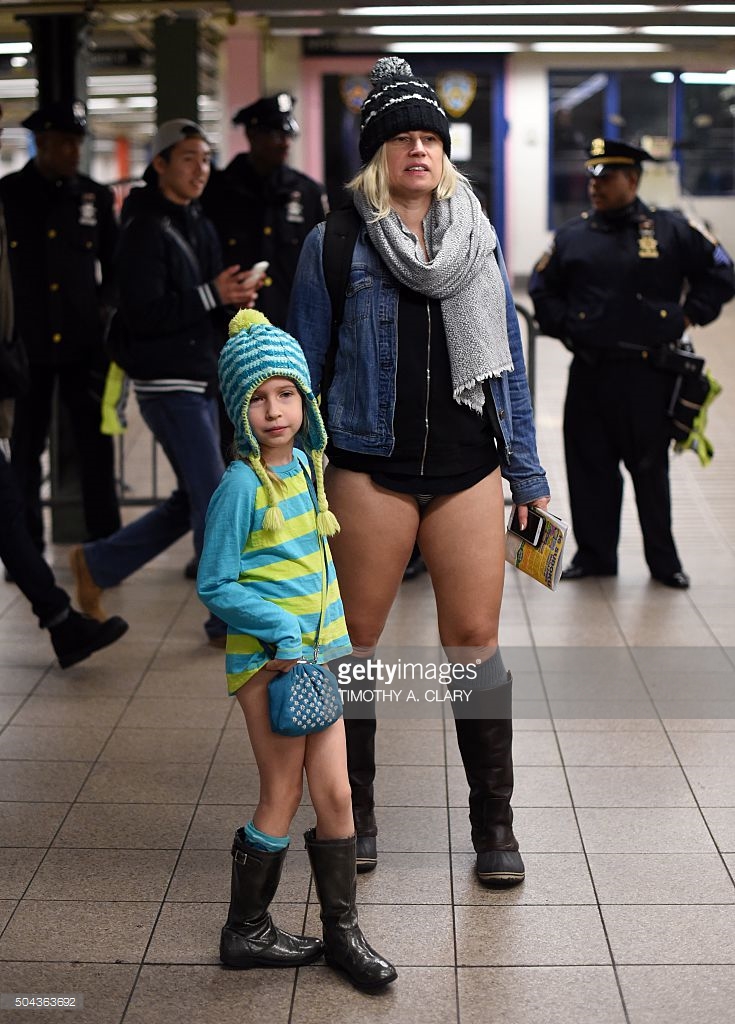 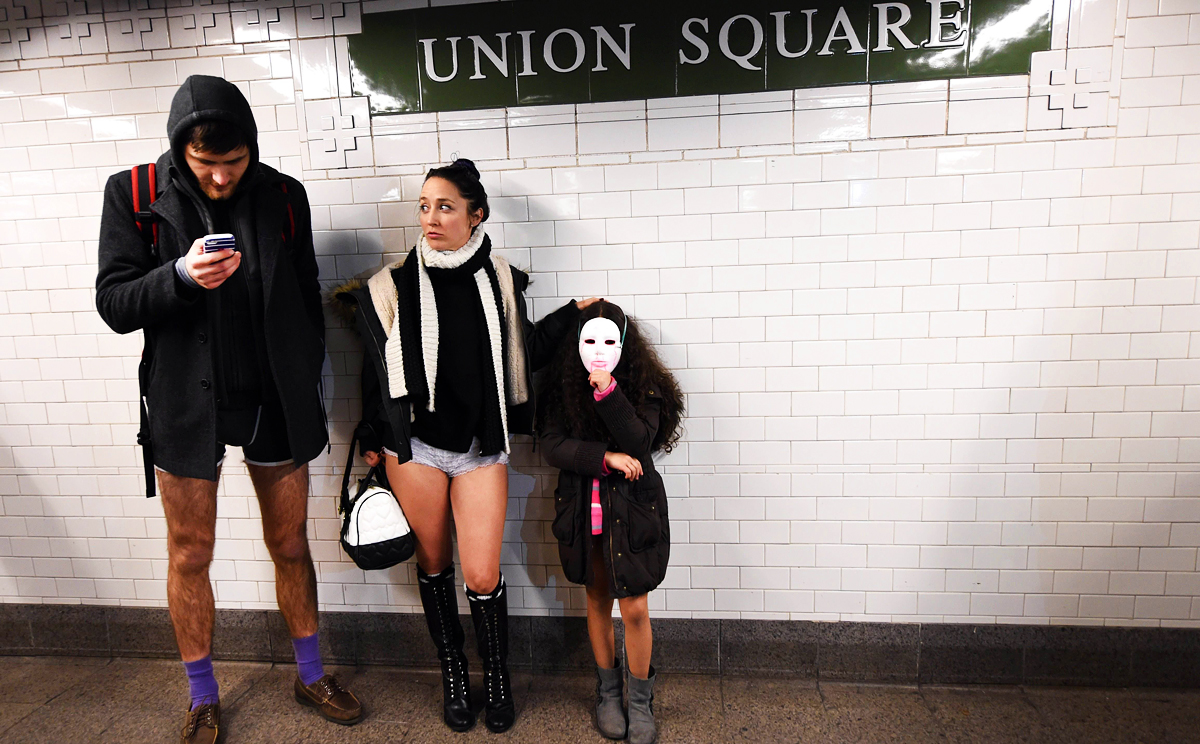 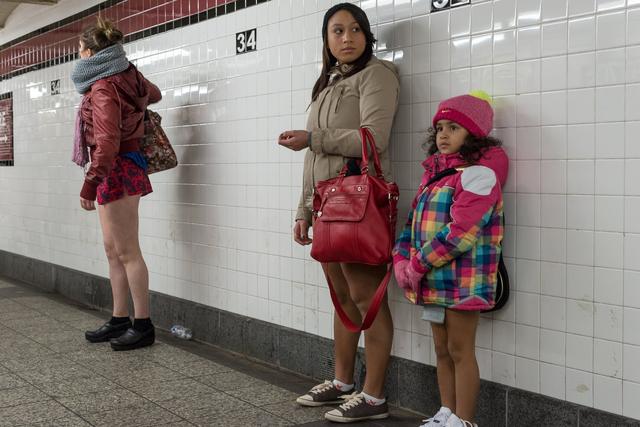 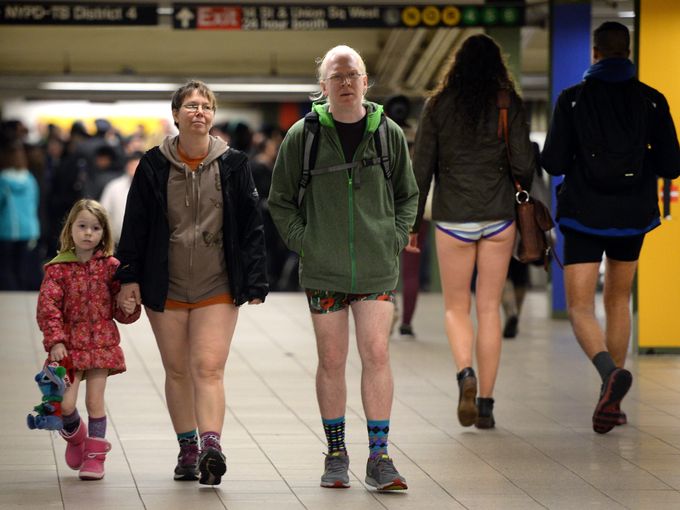 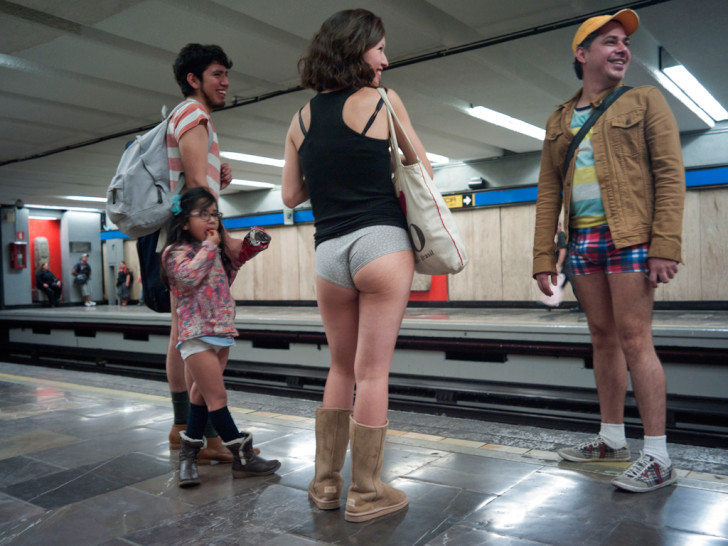 The No Pants Subway Ride is staged by Improv Everywhere every January in New York City. It started with only seven guys and has become an international celebration with dozens of cities around the world participating. The idea was that random passengers would board a subway car at separate stops in the middle of winter without pants and behave as though they did not know each other. They would wear appropriate attire for the season such as winter coats, hats, scarves, and gloves, just no pants. There were no pictures taken of the first event, but some video footage was captured. Improv Everywhere produced a video, We Cause Scenes*, about the history of No Pants and there is a summary at the Improv Everywhere website. This year’s event was the 15th anniversary and included 30 cities such as Tokyo and Jerusalem with the Moscow event catching the attention of the police. Cities outside New York began participating in 2008.

Any readers who find dates for these images, that information would be much appreciated. -Ron

*Available through Netflix and other outlets.  Sorry, there is no complete video available online.