I must confess to not being even vaguely familiar with the name Evelyn Nesbit (1884–1967) until now.  Apparently, her image appeared frequently in various advertisements in the early 20th Century   In 1955, a fictionalized version of her life called The Girl in the Red Velvet Swing debuted.  Of course, the theme of the charming waif was a popular one of the time and so Nesbit having been shot in this role was almost inevitable. 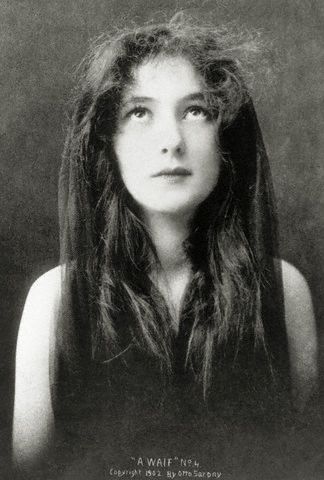