Drew Barrymore (b. 1975) appeared in an advertisement when she was only 11 months old.  After a turbulent childhood, she was one of the fortunate ones able to transition into a career as an adult in the movie business—finally directing and producing films.  In this photograph—taken in West Hollywood—she is four years old and reportedly questioning her mother about what a butterfly experiences when it flies. 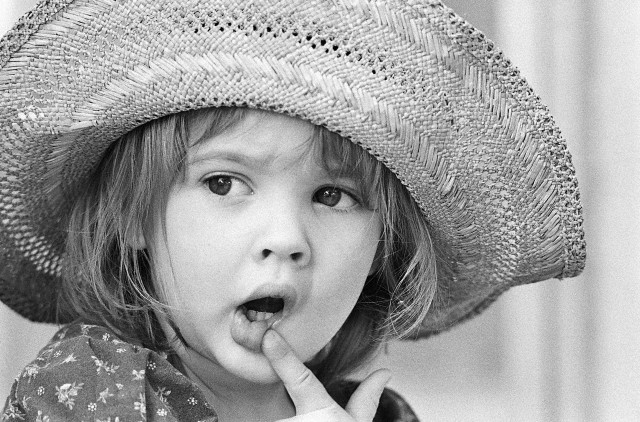