Pip brought to my attention this interesting item—controversial, naturally—of one of Rihanna’s new album covers. There is often a natural synergy between a musical artist and the artist who produces album cover art.

Roy Nachum was born in Jerusalem in 1979 and studied at the Cooper Union School of Art in New York. He now operates out of New York City. Nachum is accustomed to working in different media producing paintings, sculptures and installation art. He is fond of experimenting with human perception and in this case, blindness, it is an apt metaphor for our denial of the ills of our society.

In October 2015, the singer Rihanna revealed the name and cover art for her new album, ‘Anti’. The cover art, entitled If They Let Us, Part I, is derived from an actual image of the singer as a child—then named Robyn Fenty—shrouded in red paint. Apart from the crown—a symbol of achievement—which obscures her vision, the work is textured with Braille dots. 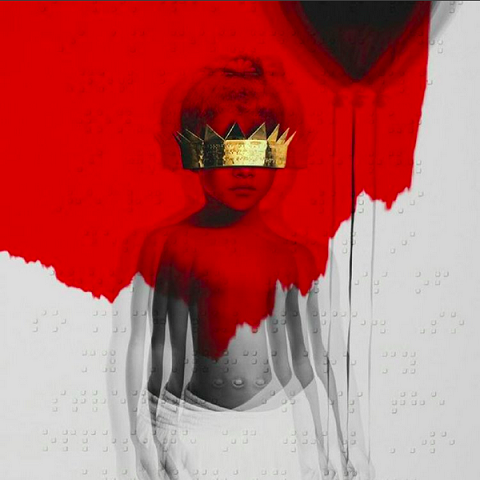 This cover image is meant to be a part of Nachum’s ‘Blind’ series, which focuses on the concept of opening viewers’ eyes. In addition to the symbolism, it also affords the unsighted some experience of the visual arts. His dedication was demonstrated with an experiment to be blindfolded for an entire week. The artist considers this work groundbreaking, stating that this is his most important work to date.

Rihanna was introduced to Nachum’s work by longtime fan Jay Z. and according to Nachum, there was an instant connection.

With his other works, he usually writes the Braille himself. But, in this case, it is written by poet Chloë Mitchell.

I sometimes fear that I am misunderstood. It is simply because what I want to say, what I need to say, won’t be heard. Heard in a way I so rightfully deserve. What I choose to say is of so much substance That people just won’t understand the depth of my message. So my voice is not my weakness, It is the opposite of what others are afraid of. Chloë Mitchell, If They Let Us, Part I, 2015. 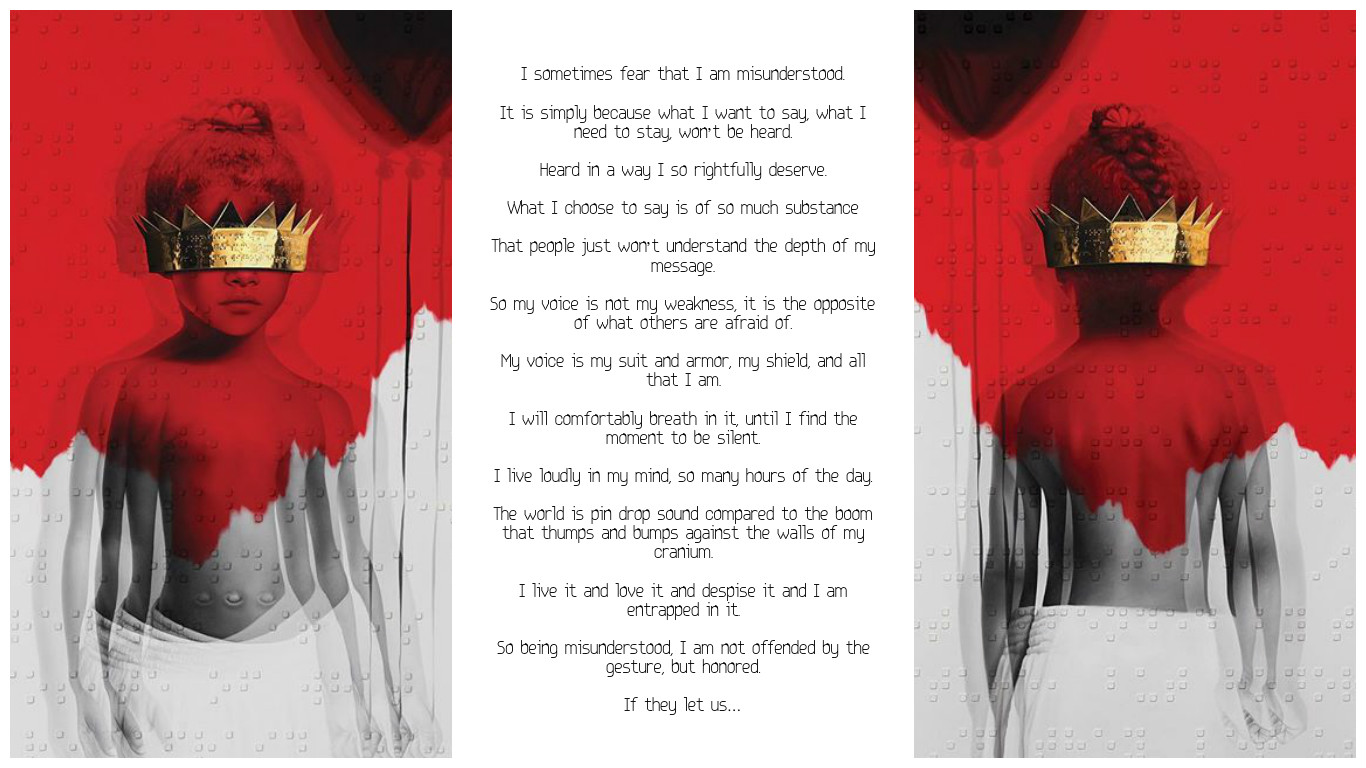 Nachum created other paintings for ‘Anti’, part of his interactive ‘Fire’ series, where blinded viewers can run their hands over the canvas and the charcoal frame, which then produce visible strokes on the canvas.