The really sad thing is that the information associated with this image was incorrect.  It seemed to indicate that it came from an artist from the Düsseldorf School of Painting.  In fact, a reader (see comment below) did some digging and found the pertinent details.

Georg Friedrich Kersting (1785–1847) was a German painter, best known for his Biedermeier-style interior paintings.  He was the son of a glazier and studied at the Copenhagen Academy for three years.  There he adapted the style of the Danish school. After serving in the Prussian Army, he moved to Poland to work as a drawing master. Returning to Meissen in 1818, he married and had four children. That year he became the head artist at a Biedermeier porcelain manufacturer until the end of his life.  He is also known for his close association with fellow painter Caspar David Friedrich. 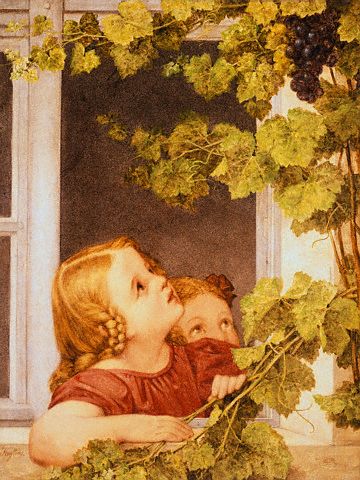