Until photography became the visual mainstay of advertising, illustrators (mostly anonymous) were used and since companies often wanted an idyllic image to be associated with their product, children would often be portrayed.  So the first few groups of images are advertising illustrations.

James Cook Ayer (1818–1878) was perhaps the most successful promoter of patent medicines of his age. His first concoction in 1843 was his Cherry Pectoral.  He was more interested in selling than practicing medicine and expanded into other business ventures with this profits.  In 1854, his brother Frederick joined the enterprise. 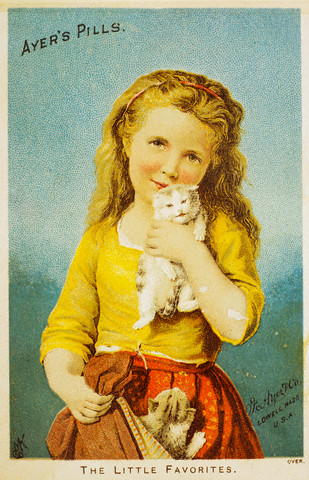