As we reach end the Christmas season, it seems appropriate to issue this image.  It was part of Pip’s archives and he even remembers some controversy behind it.  Upon examination of this image, it is clearly overblown.  This image was part of a series called ’12 Days of Christmas’ which appeared in the December 1998 issue of Vogue (US). 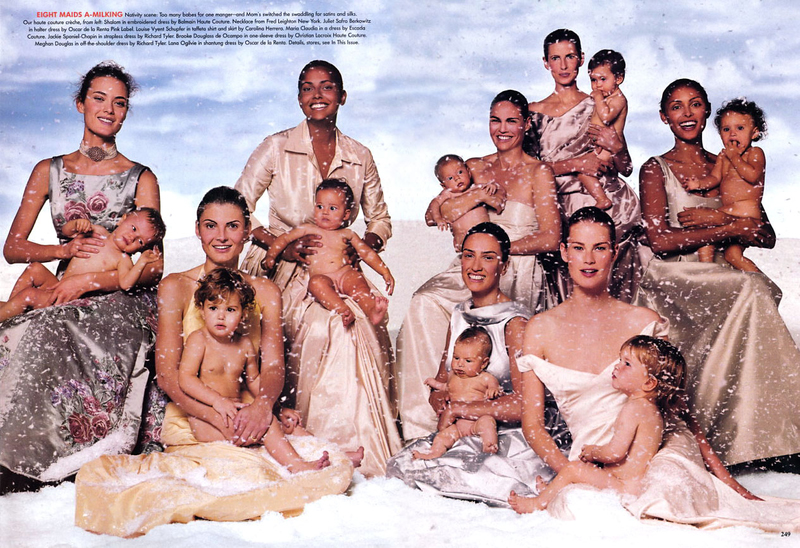 For those of you interested in high fashion, you can view the entire series here.