At first blush, this photo, staged or not, seems to be making a statement about captivity. Though that may be true to some extent, it is not about the photograph; this is a piece of hyperrealistic street art. 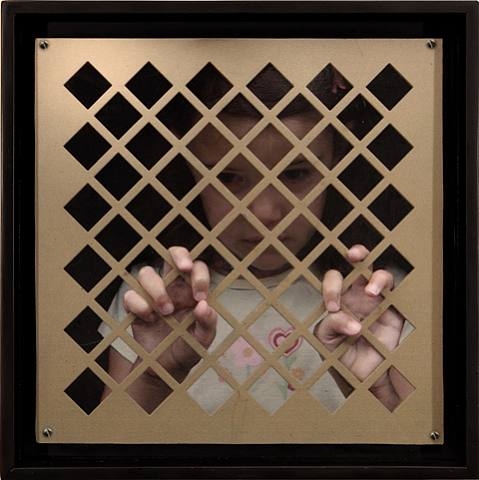 Dan Witz was born in 1957 and raised north of Chicago.  He moved to New York in 1978 in order to go to Cooper Union and was inspired by the decaying city and the punk scene that was established there.  Because of the virtually non-existent police presence, he was able to intermingle his work with that of graffiti artists, careful not to step on their turf.  In 2002, he moved to Brooklyn just as dilapidated buildings were being torn down and new uninspired architecture was taking their place.  But it did offer the artist new surfaces to play with.  In 2009, his book, In Plain View: 30 Years of Artworks Illegal and Otherwise, was published where he shares his experiences of the changing city.  He is frank about his impressions of the art world.

And most art in the galleries turned out to be a huge let down—a gated community, a private club for old white people designed to maintain the value of their investments and keep the riff raff (like me) out. From what I could tell, to make a career in that world, it didn’t seem to matter how good or original your work was, most importantly you needed to curry favor, be ‘taken up’, and meet and impress the right people.  -Juxtapoz interview with Louis Gropman. January 2009