And we’re back in Gaul with François Moreau, better known as Hippolyte, one of three sculptor brothers who were the sons of another sculptor, Jean-Baptiste Moreau. I’m guessing that Jean-Baptiste really wanted his kids to follow in the old man’s footsteps! Well they certainly did. Although Hippolyte, the middle brother, was somewhat overshadowed by the baby of the family, Auguste, he did some wonderful stuff in his own right.

Hippolyte was born in Dijon in 1834, a full ten years after his older brother Mathuri, and Auguste would come along about two years after Hippolyte. He exhibited his work at the Salon throughout the late 1800s up until 1914. His sculptures even won awards at both the Exposition Universelle of 1878 and the Exposition Universelle of 1900. His most reknowned piece is a statue of French scientist Alexis Clairaut at the Hôtel de Ville de Paris, the Paris Town Hall. He died in Neuilly-sur-Seine in 1927. The majority of his works are now housed at the Musée des Beaux-Arts de Dijon.

Hippolyte’s pieces, like his younger brother’s, have often been rendered as objets d’art and that’s the case with all but one of the examples shown here. Our first piece is Le Petit Chaperon Rouge. You know who that is don’t you? A certain little girl with a red cape who is off to see her grandma with a basket of goodies, that’s who! 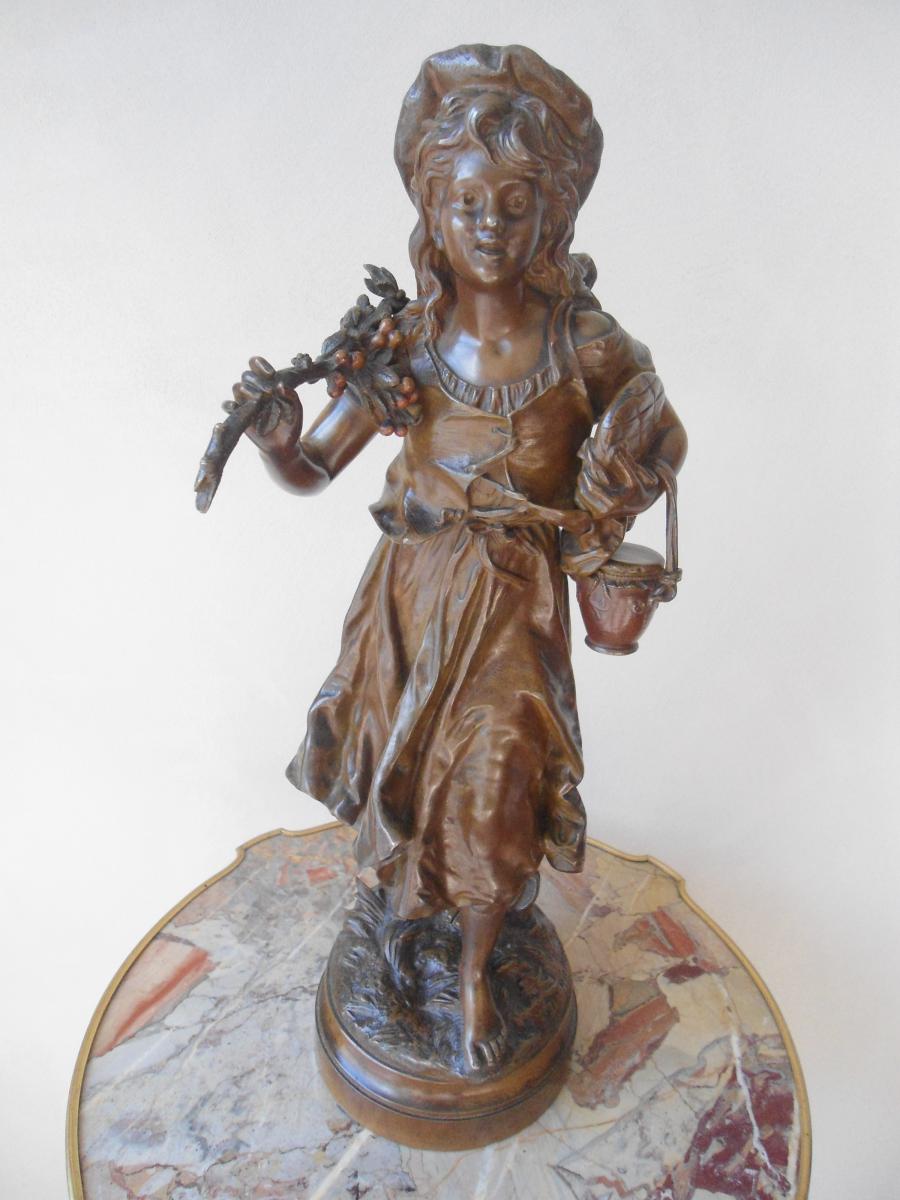 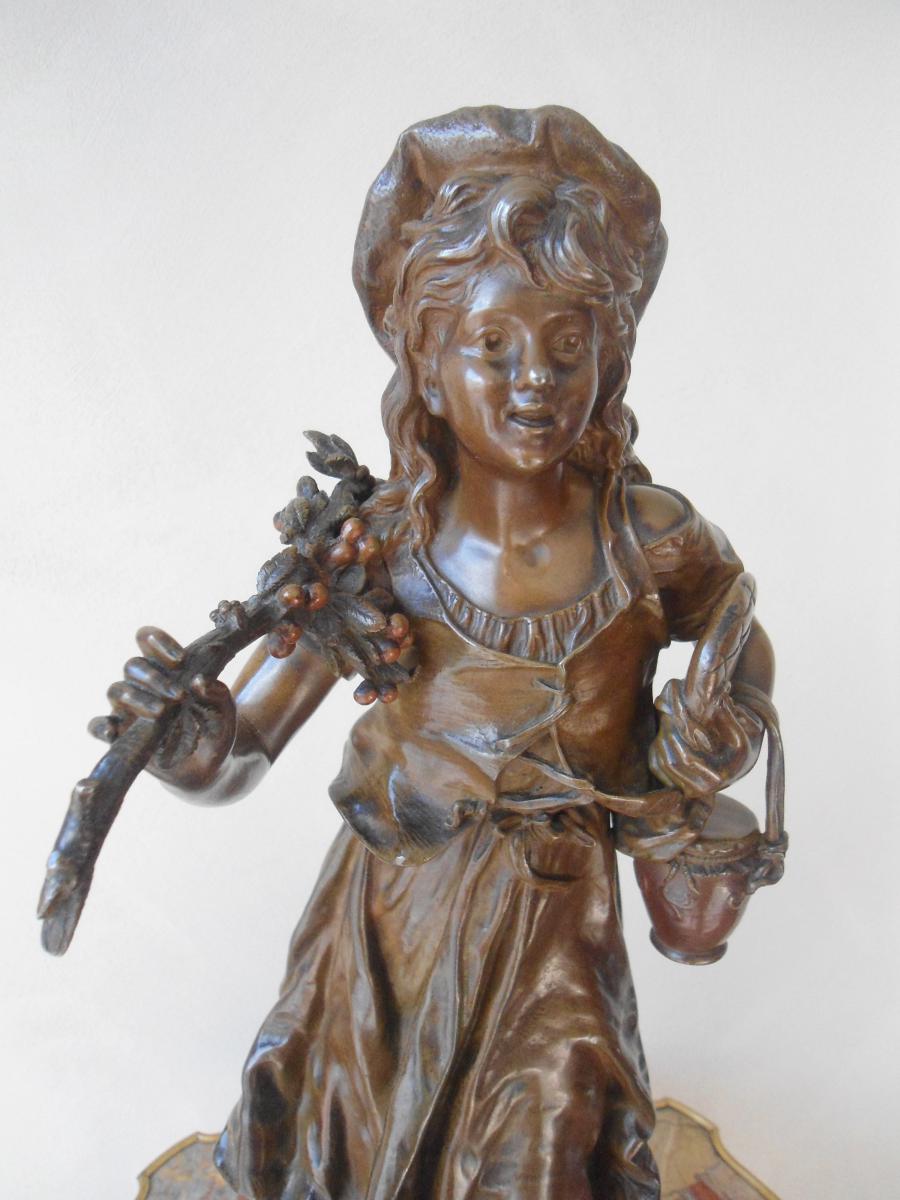 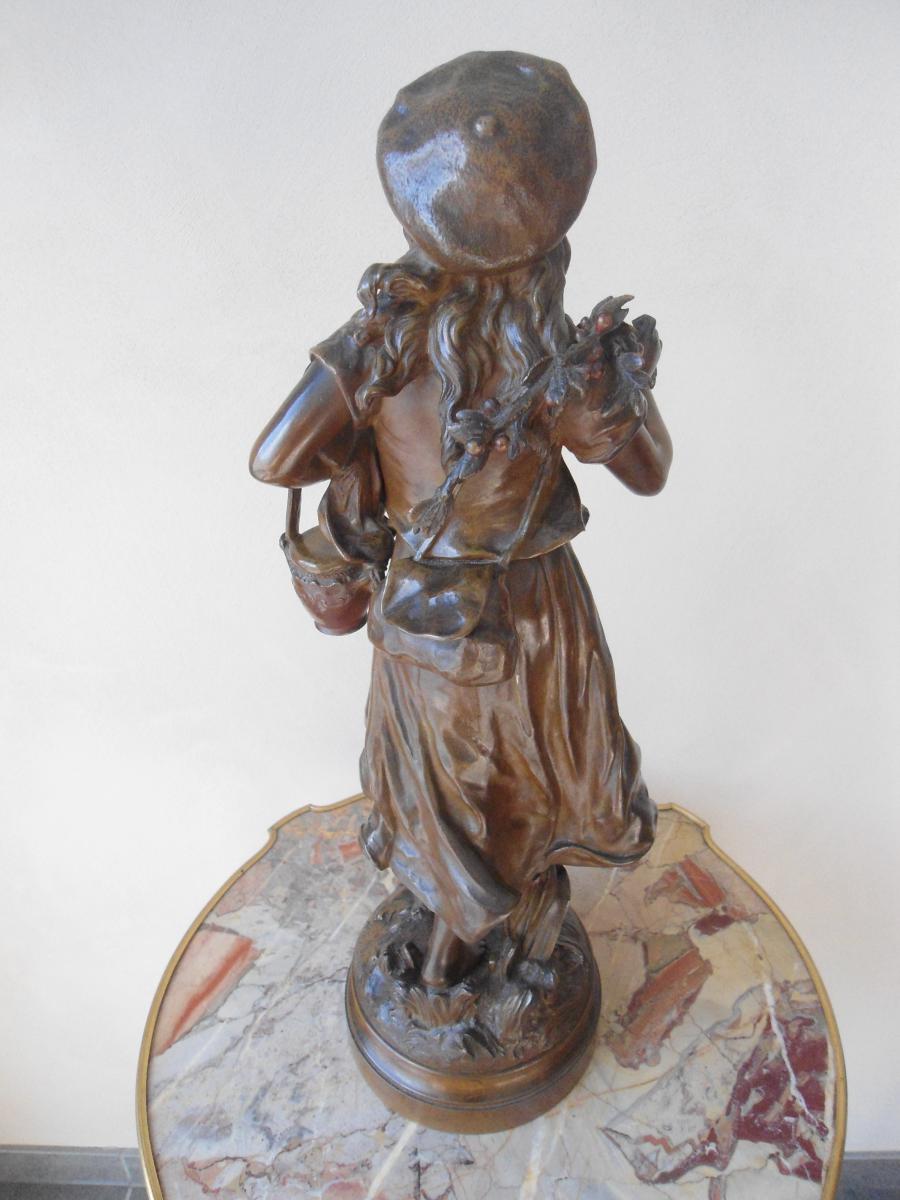 And speaking of little girls with baskets… 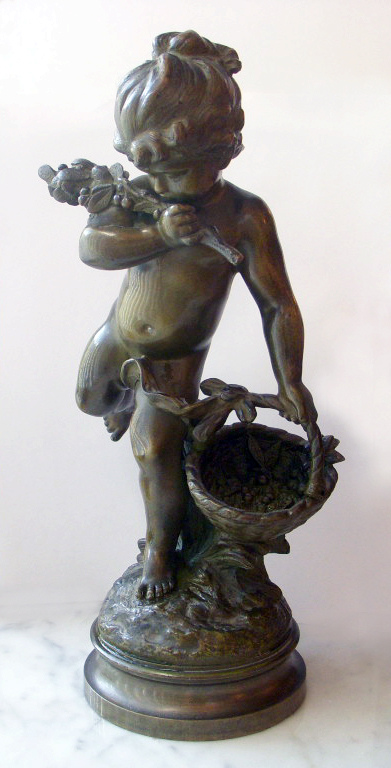 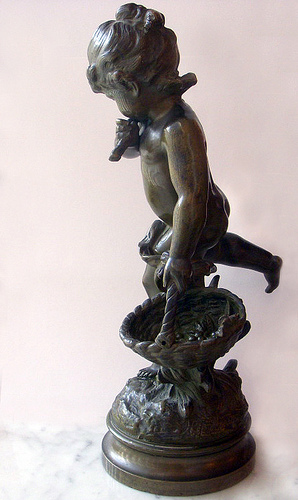 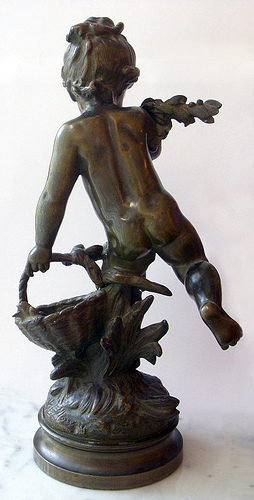 Here’s a sweet little lady with a tiny guitar.

One of Moreau’s favorite subjects was the child couple as represented by the last three pieces. 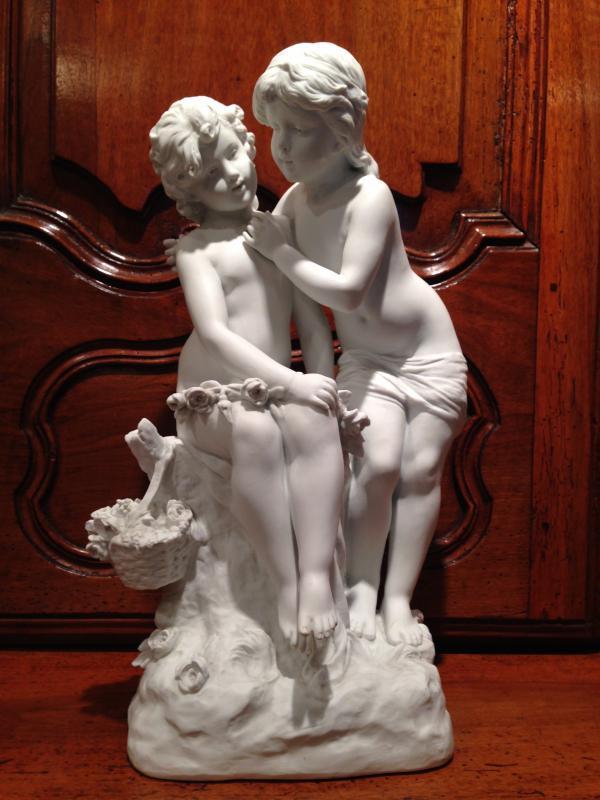 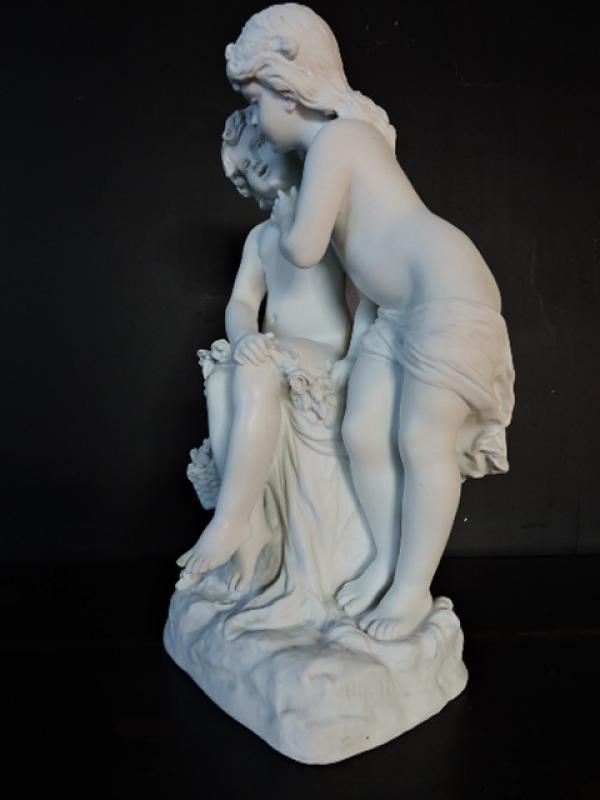 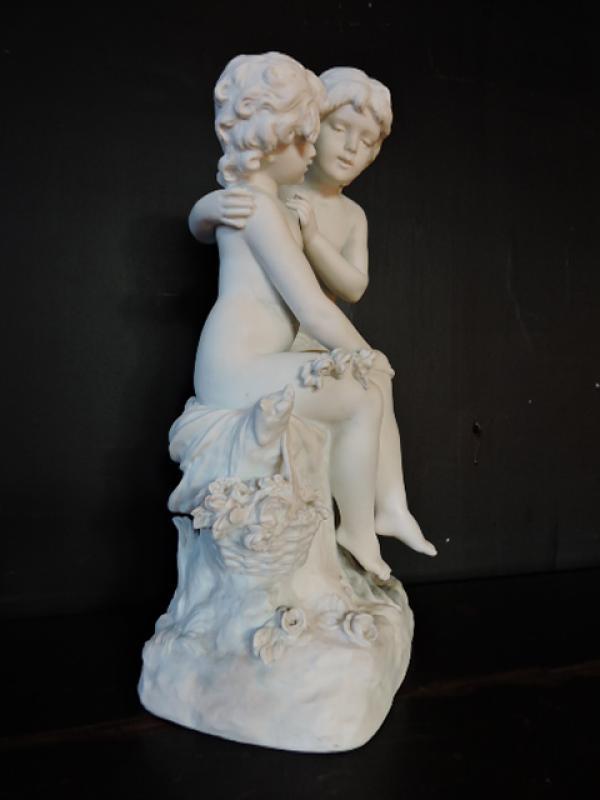 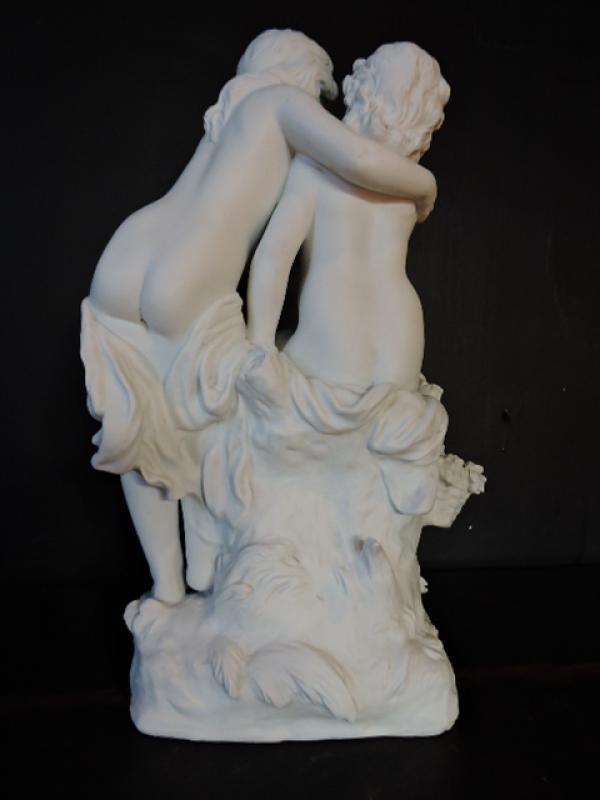 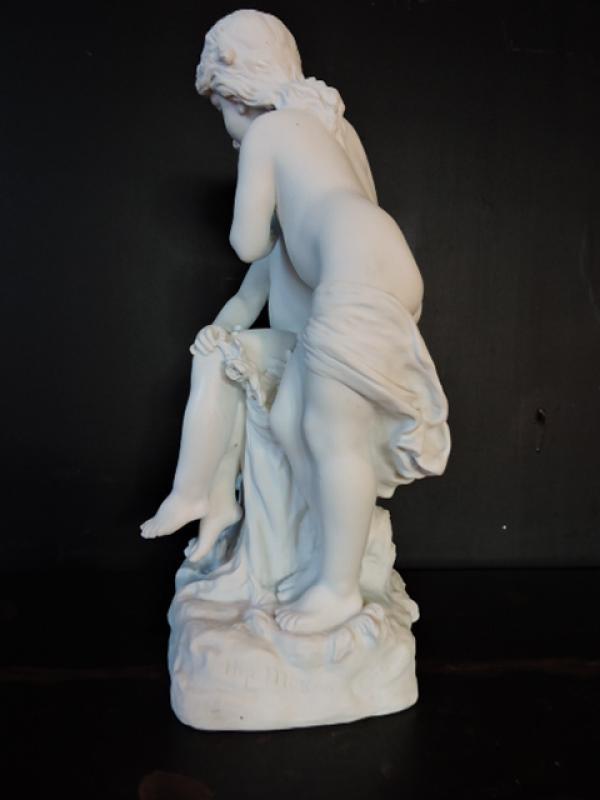 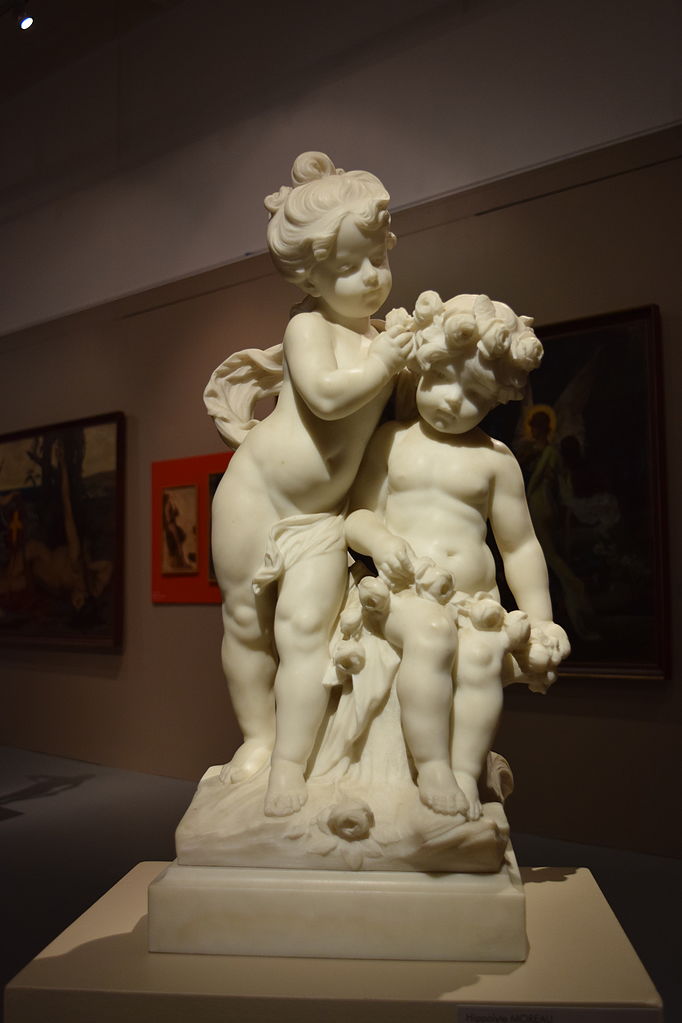