Although Christmas, as it is usually celebrated, has already passed and the new year has already begun, I’d like to present here a selection so-called “Christmas Girls”. Incomplete though, but an attempt to search for the variation in depiction of girls during Christmastime. Also important in parts of the world is Epiphany, or the coming of the three wise men celebrated on the 6th of January. And in some Orthodox churches, Christmas has yet to come on the west’s 7th of January, because of the use of the Julian instead of the Gregorian calendar.

Looking back, Christianity began with a nativity, with a boy. Or was his mother still a kind of girl? The early depictions of Mary regards her as a virgin, not quite the same as a girl. So to look for a role model for the girl in Christianity, one has only the Virgin Mary, but later Christmas traditions begin to introduce other notions the Christmas Girl. The connection of my Christmas visions to Mary only came to mind while writing this.

Maybe there was Mary, the girl, that we never got the chance to know before Gabriel’s annunciation for her to become a mother. And she would remain a virgin, though the Bible does tell that Jesus had brothers and sisters. After the Nativity, her often girlish depiction probably contributed to her divinity and her virginity probably required a more girlish depiction. Historically girls, at that time and place, would marry young by our standards: around 12, 14, or even younger. 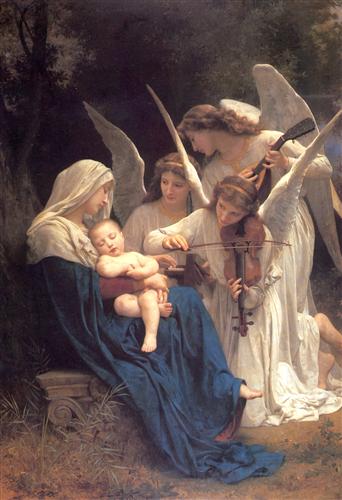 William-Adolphe Bouguereau – Song of the Angels (1881)

Thus if Christianity began with a young woman, one could ask why Santa Claus, another symbol of Christmas, is not a woman. Where Mary’s child is perhaps the only real Christmas gift, Santa Claus’ gifts are wished for and dreamed about by children and adults. This is maybe why the representation of girls has become more like our cultural dreams about Christmas, rather than the representations of boys. Or it should be the sweet (Christmas) child in general, either boy or girl? 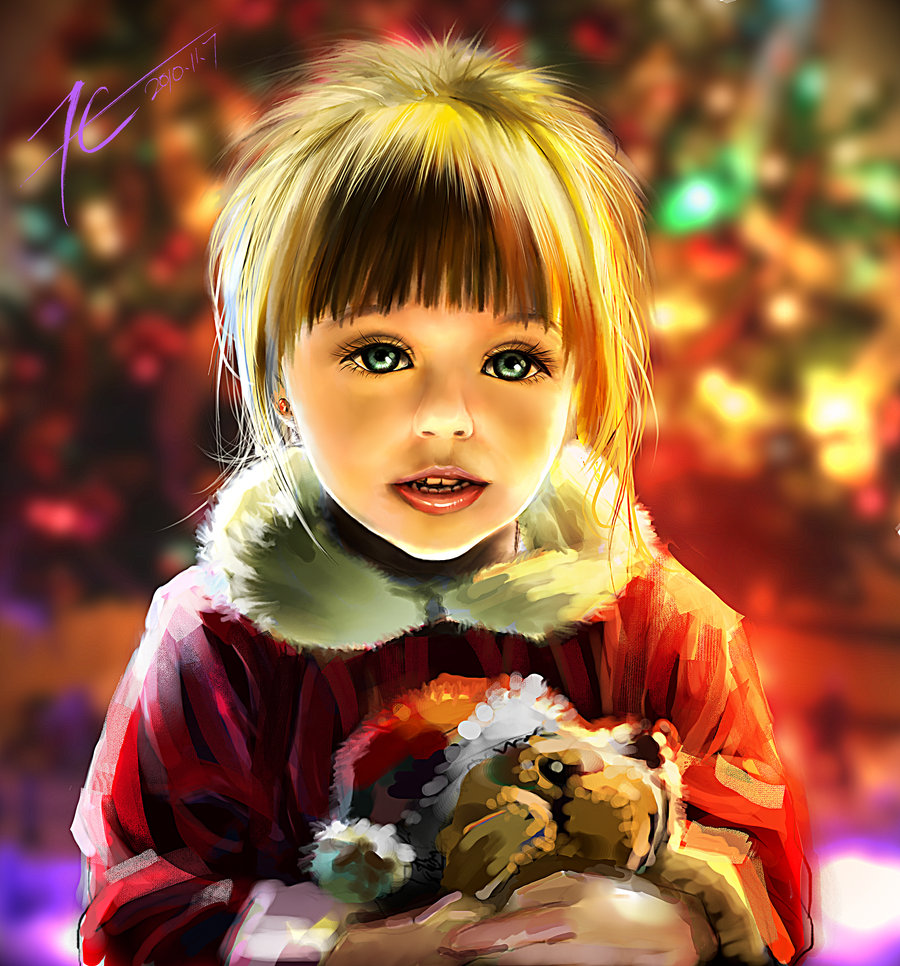 However, I am imagining not only shepherds, wise men, an ox and donkey visiting Jesus, but a group of children (with at least one girl). She might have been something like Jackie Evancho singing The First Noël.  Here is a still from a YouTube clip. 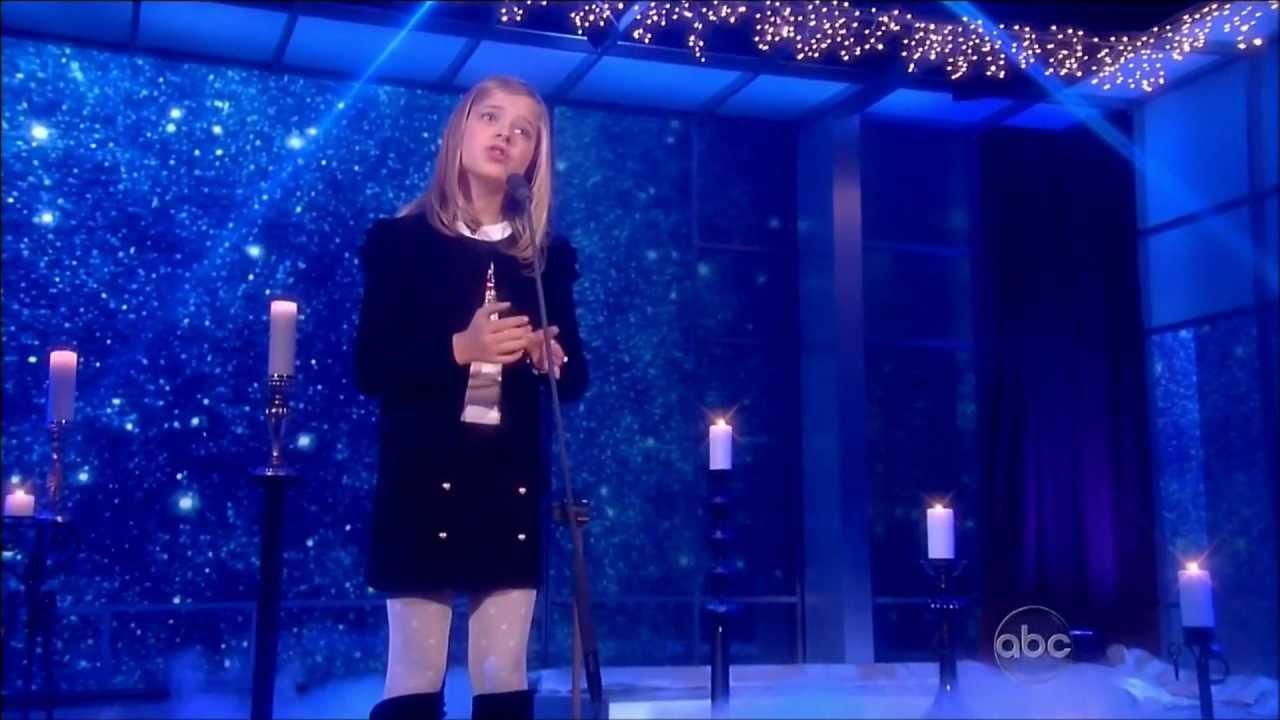 There is also the depiction of the girl next door, having an ordinary modern Christmas. Such girls might be found under a Christmas tree among the gifts to be opened, perhaps singing Christmas carols, at a Christmas dinner, at home or in a swimming pool (climate permitting). 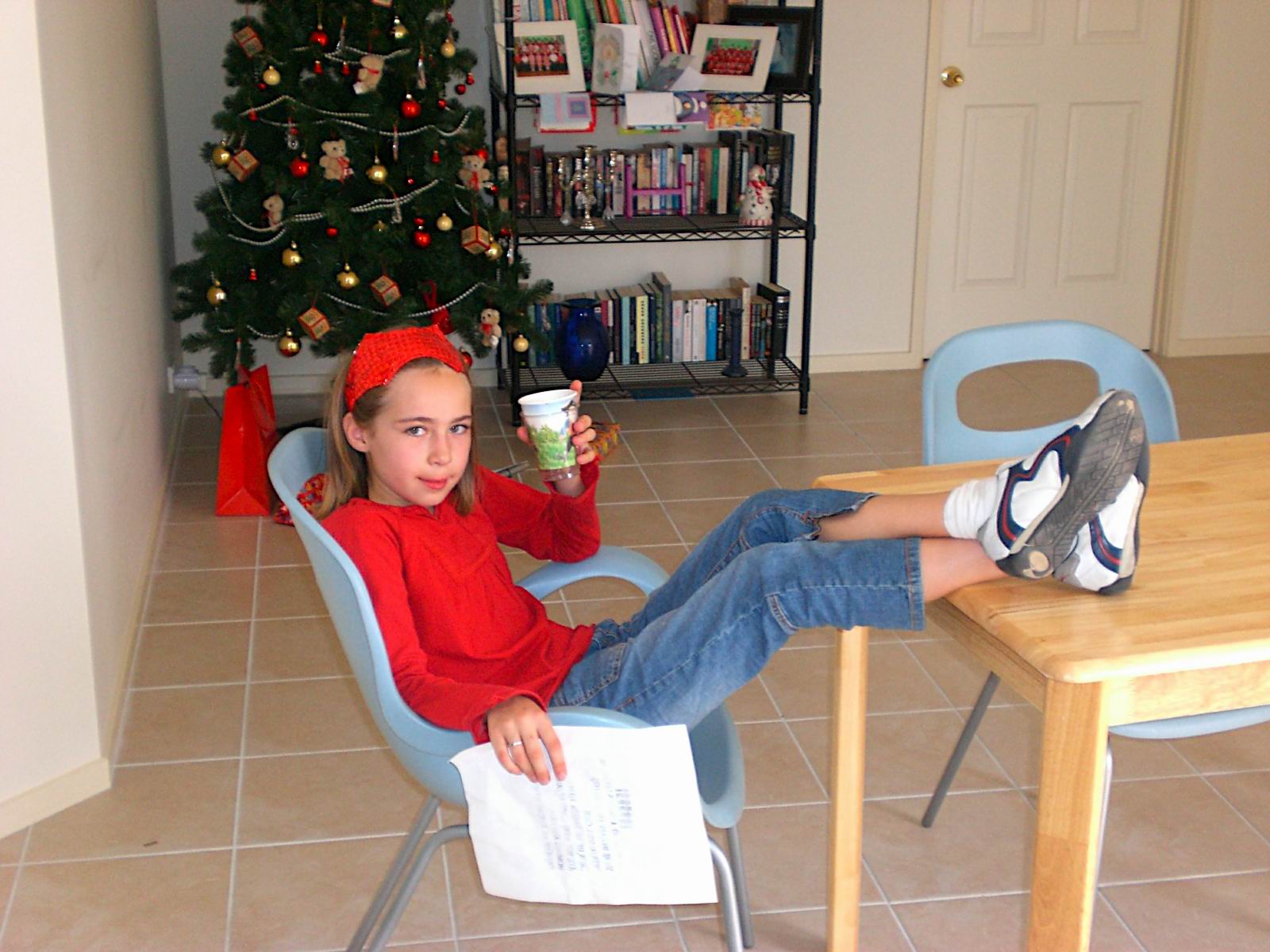 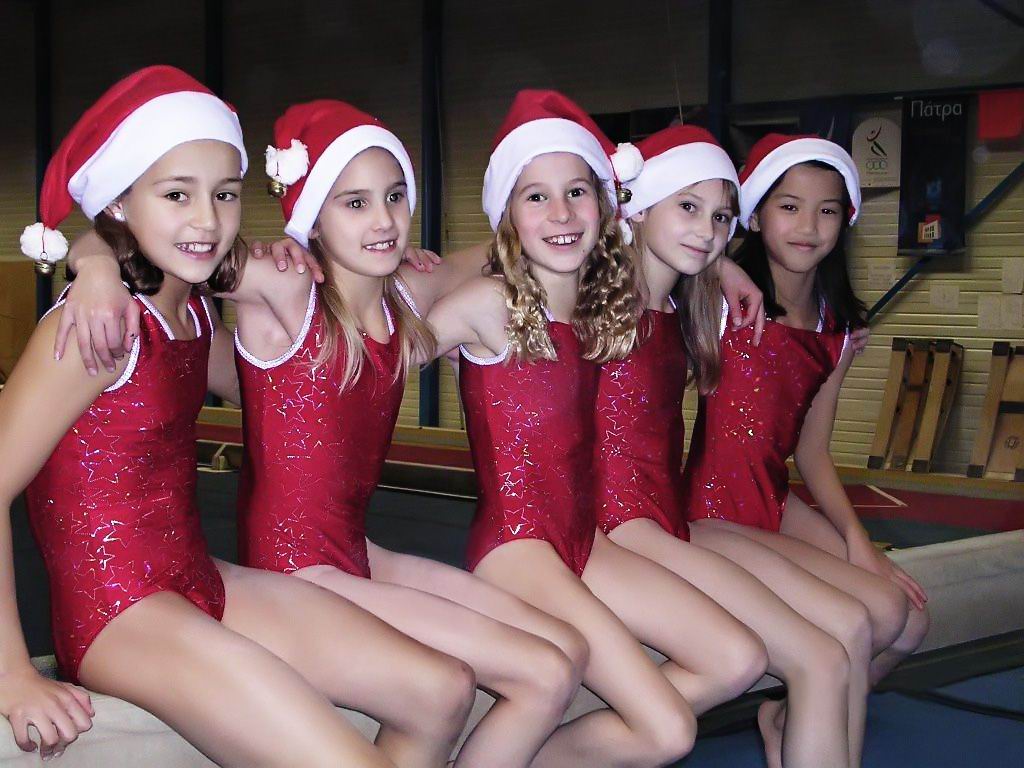 Why not a girl in a church? Or in front of one of the most famous, at Manger Square, at the Church of the Nativity in Bethlehem. These girls are wearing the traditional Palestinian costumes in a Christmas procession.  This site is revered as the birthplace of Jesus in the West Bank town of Bethlehem. 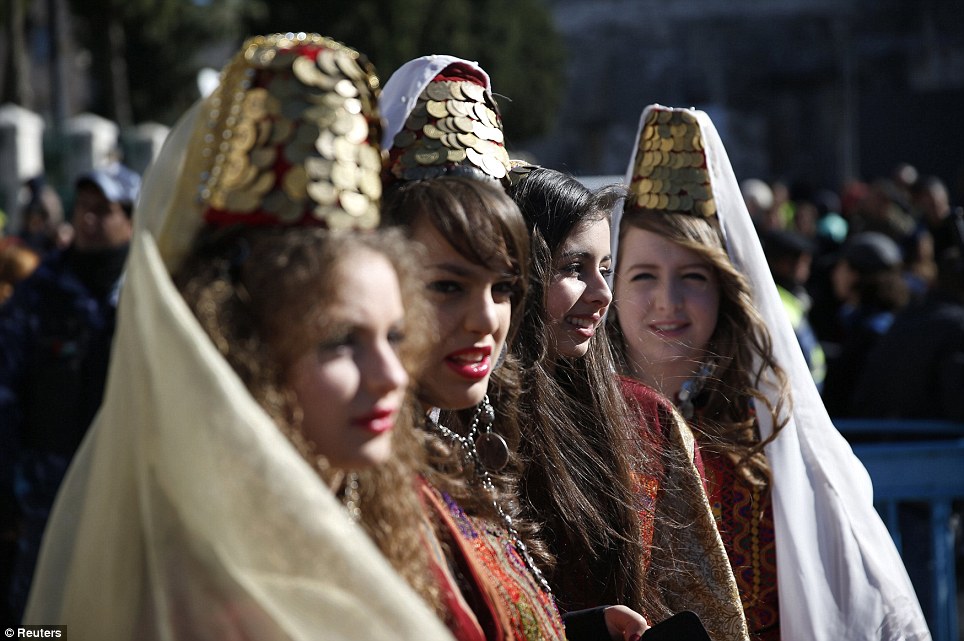 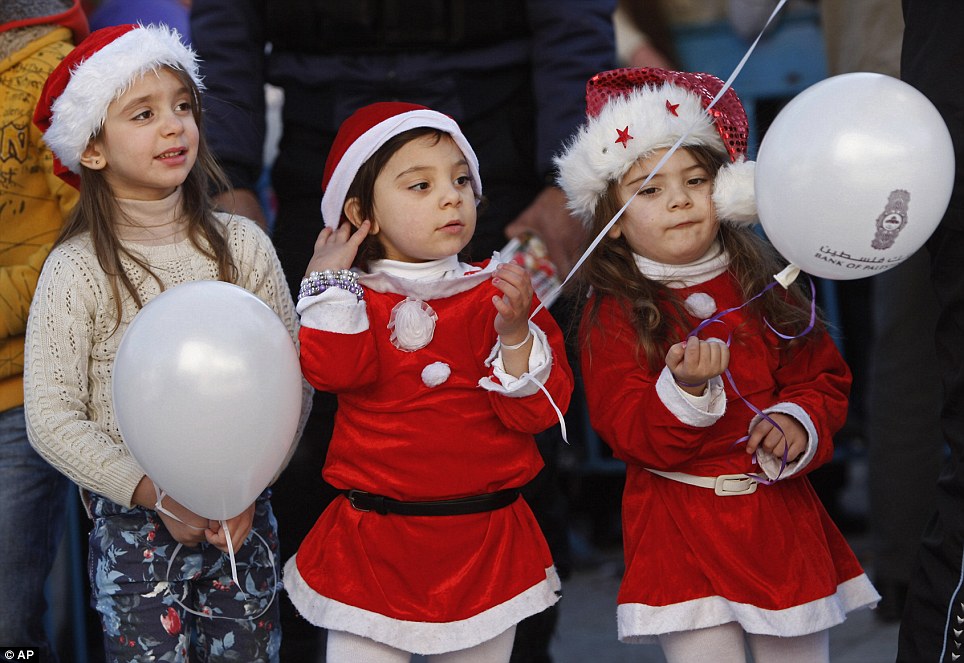 Such girls, living here and there, can be found standing model among some artistic Christmas scenery. 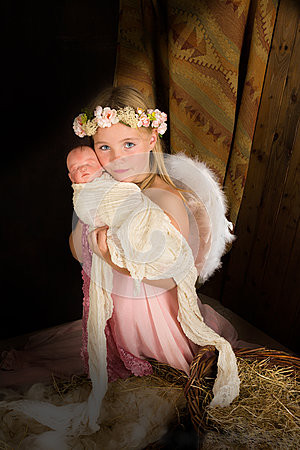 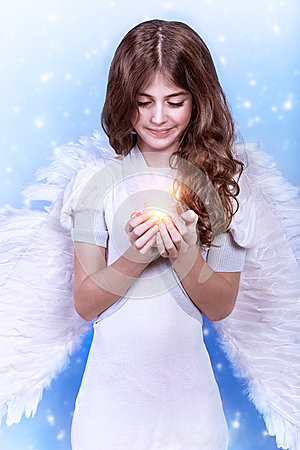 Or for a Christmas card, modern or vintage. 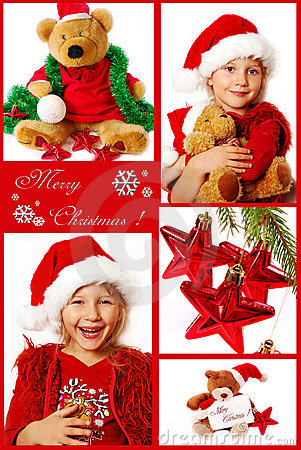 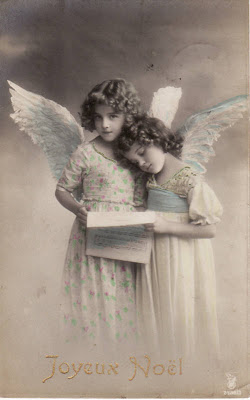 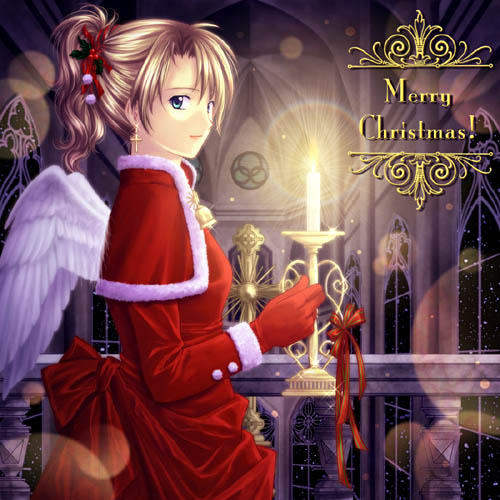 Yazidis do not seem to celebrate Christmas, and being refugees hunted, raped, killed and sold as slaves they have almost become a symbol of the opposite of Christmas. Hopefully guest rooms will remain available for these refugees, so that they need not sleep in mangers. 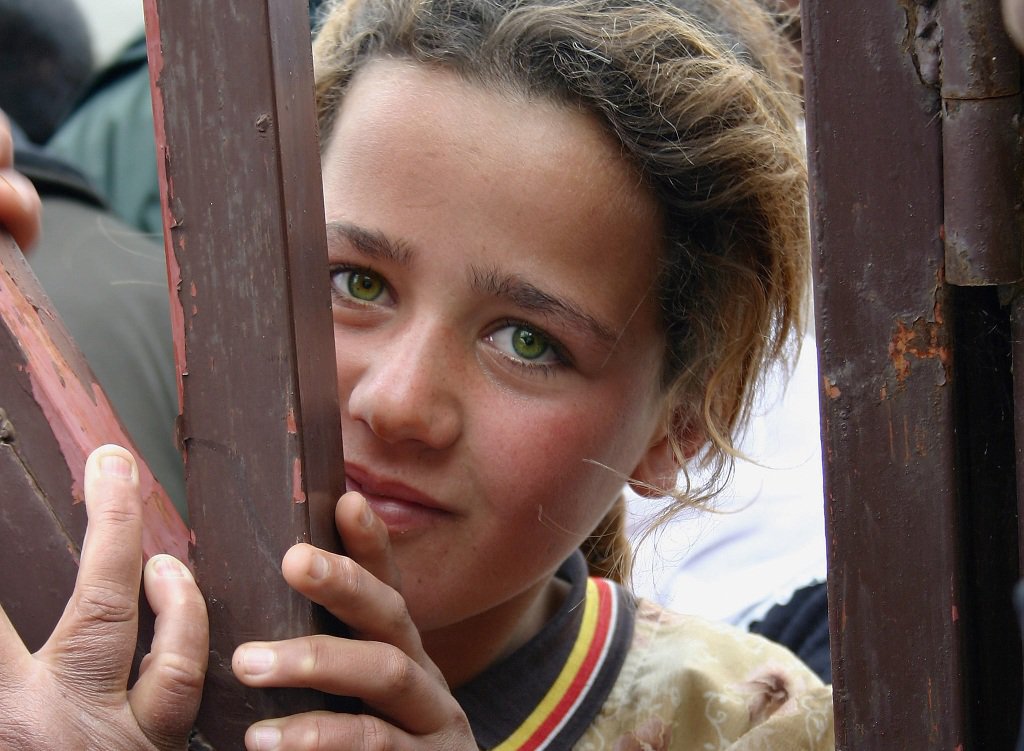 And so we move on to the Epiphany, the coming of the Three Kings, Wise Men or Magi, as well as the baptism of Jesus by John in the River Jordan celebrated on the 6th of January. 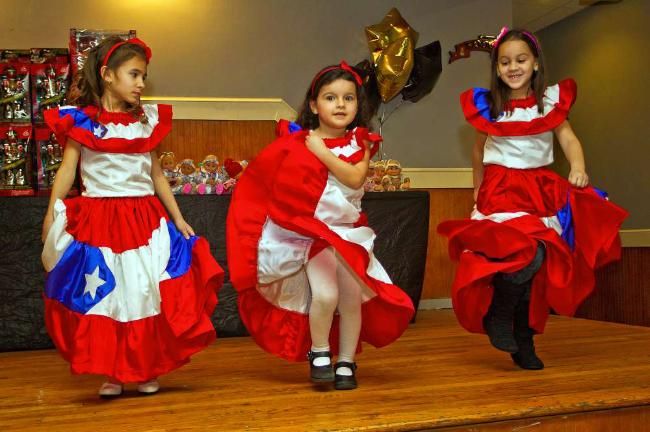 Epiphany celebrations of the Three Kings in Dover, USA (2014)

As mentioned before, several Orthodox churches celebrate Christmas one day after Epiphany in the West, the 7th of January, and then Epiphany on the 21st.  Here, Palestinian Christian girls await arrival of the Greek Patriarch of Jerusalem before the Eastern Orthodox Christmas procession. 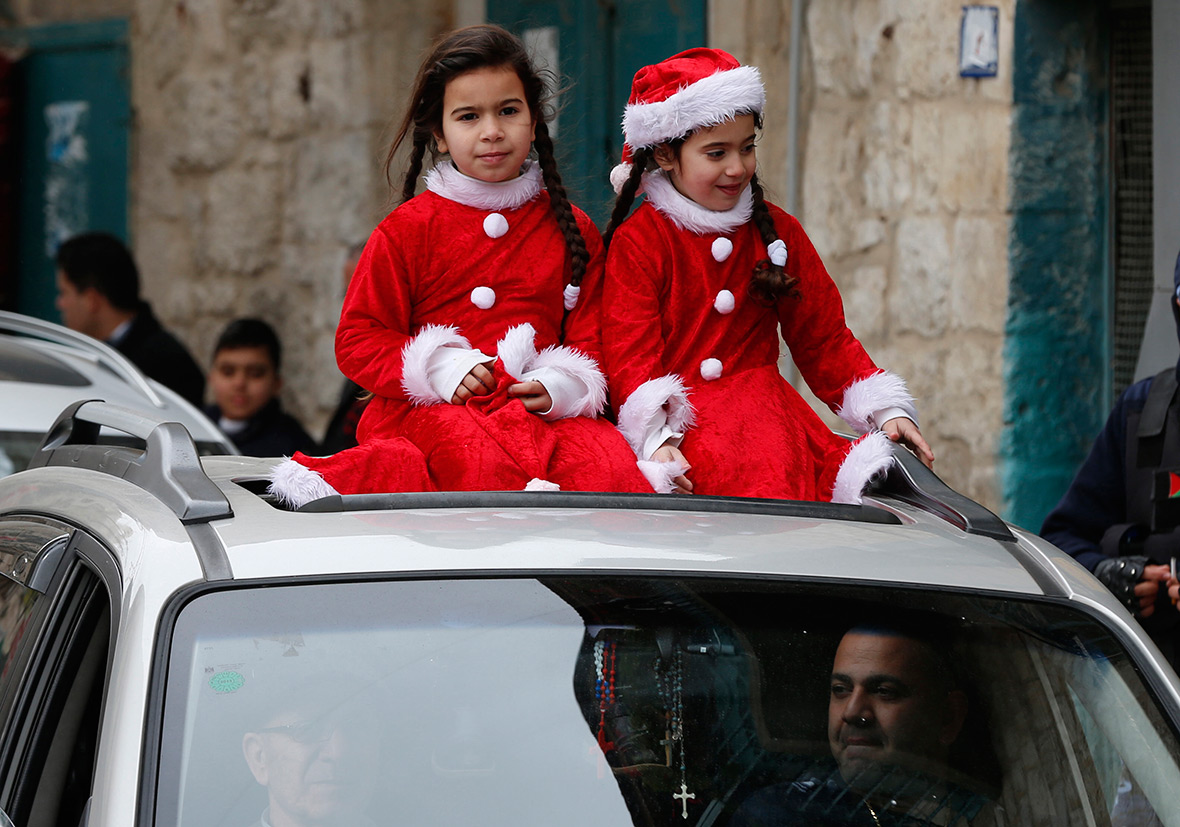 Orthodox Christians in Bulgaria, Greece and Albania traditionally dive into freezing water to retrieve a wooden crucifix, a ritual dating back to Byzantine times. 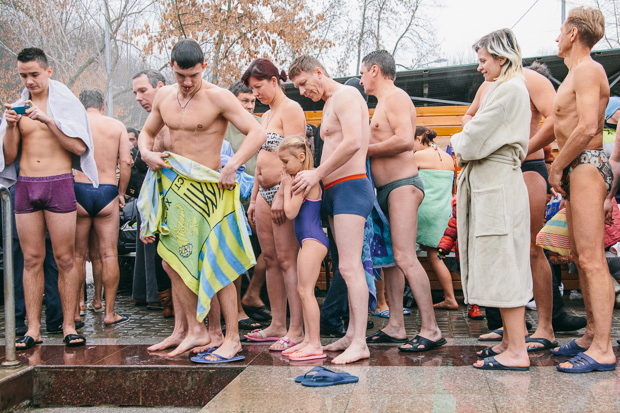 It is not nearly as common to see children participating, and so the ones who do get quite a bit of attention. Here, a father waits with his young daughter. 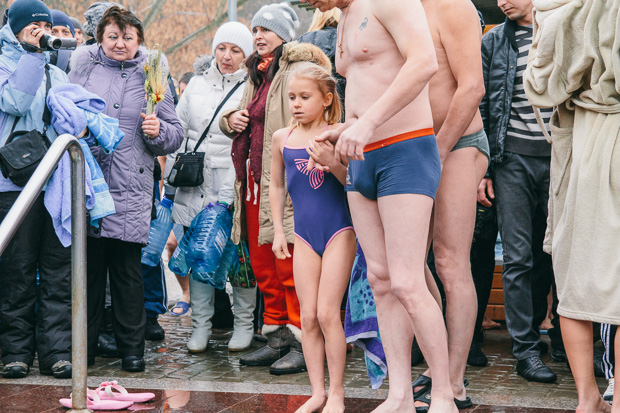 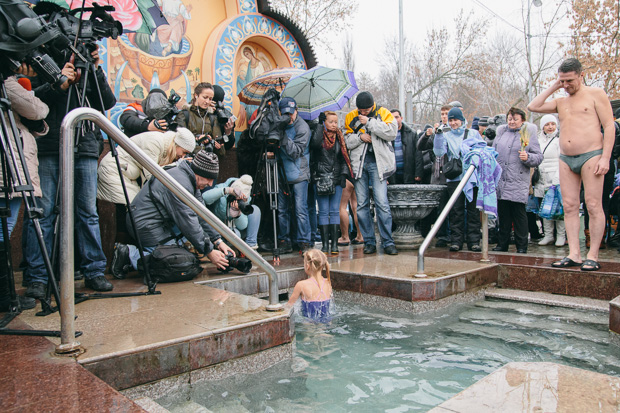 There are several layers of story here—tradition, childlike faith, and the publicity of it all. In the end, the little girl couldn’t manage to go all the way under, so she just dunked herself to her neck three times. brandonandkatie.com, January 21, 2013