And now to my first Italian sculptor! Cesare Lapini was a Florentine artist born in 1848 and died in 1890, at the age of 42. His favorite subject was the female of all ages, and his little girls are especially charming. The first piece is called Impara l’arte e mettila da parte, an old Italian aphorism that translates to something like “Learn an art and put it aside”, except with a nifty rhyme. The point of it is you never know when some little thing you learned might come in handy later. So this little girl is learning to knit, something a lot of girls her age learned in the 1800s and early 1900s. 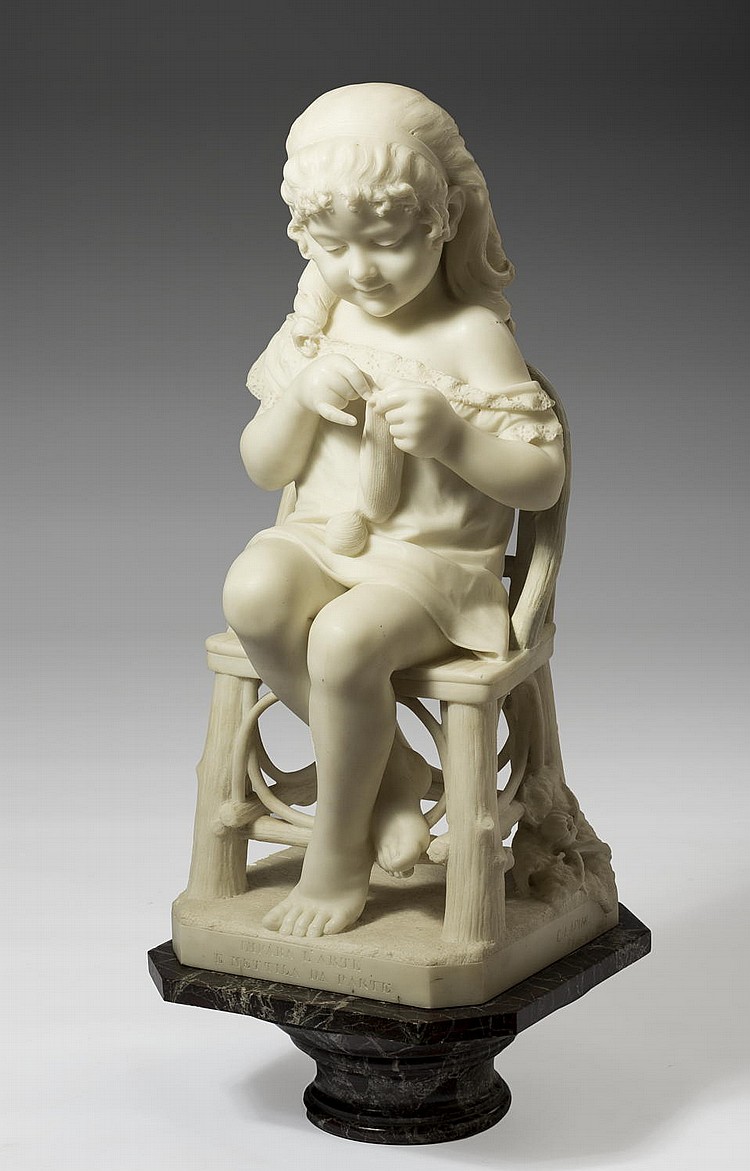 This next one, Volere e Potere, is a variation on the same theme. It seems Lapini liked rhyming titles. This is another old saying and it means basically, “Be willing and you’ll be able.” Or to put it the way most English speakers would recognize it, “Where there’s a will, there’s a way.” It appears she is either learning to sew or trying to tie a knot. 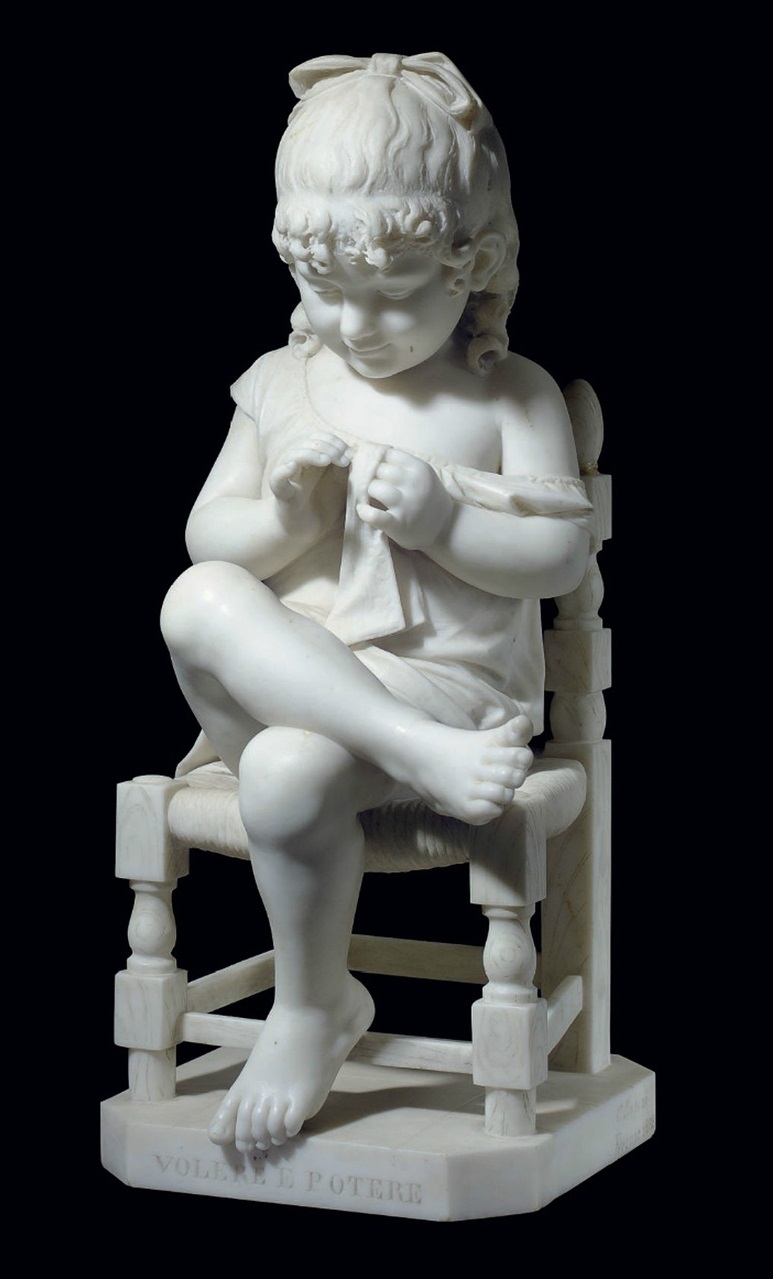 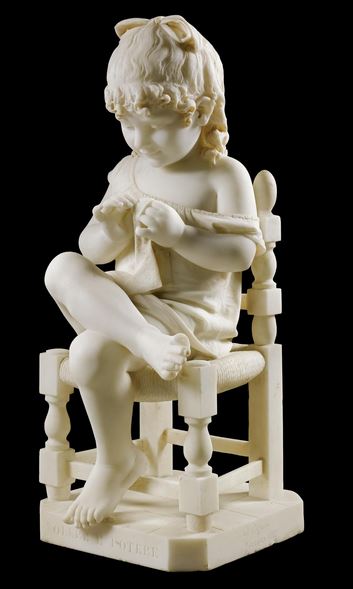 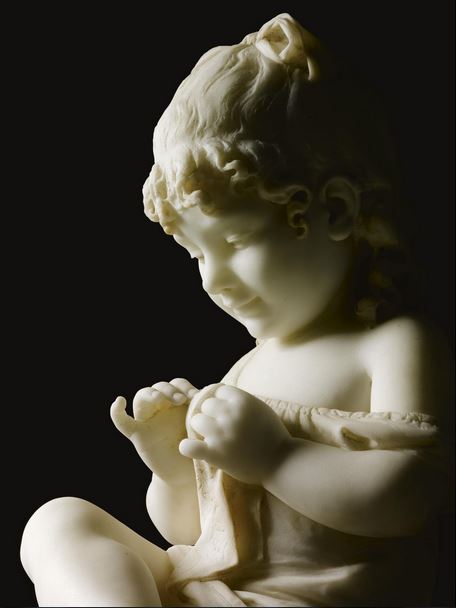 The last featured piece is a young adolescent couple. The boy tries to steal a kiss but the bashful girl is not having it, even as she does this with a sheepish smile. It’s called Il Primo Bacio which means “The First Kiss” and is my favorite of this collection. 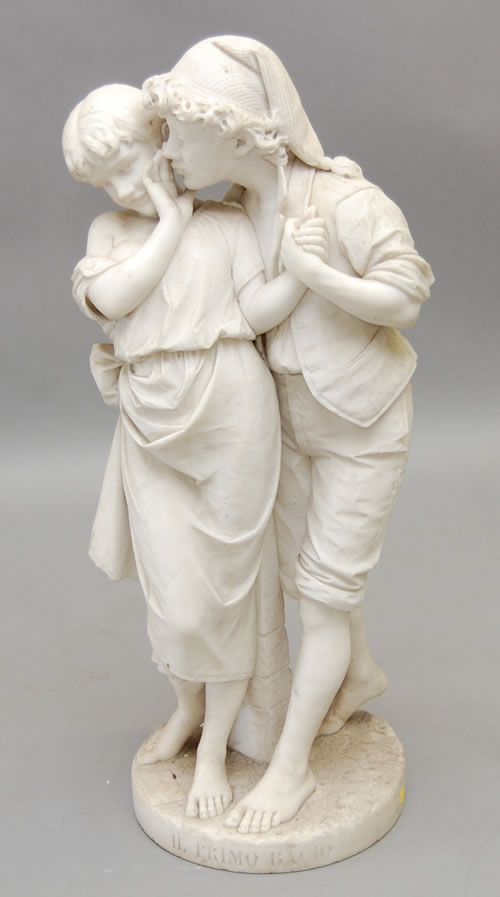 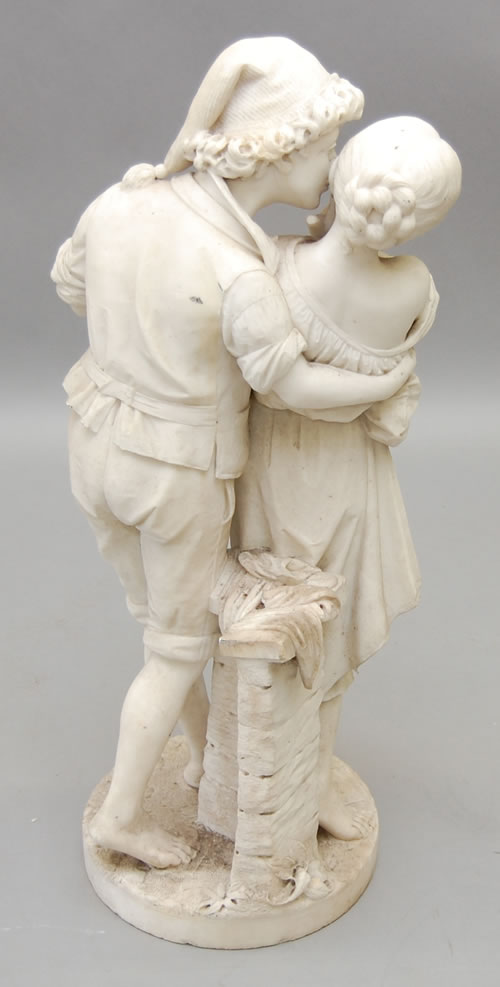 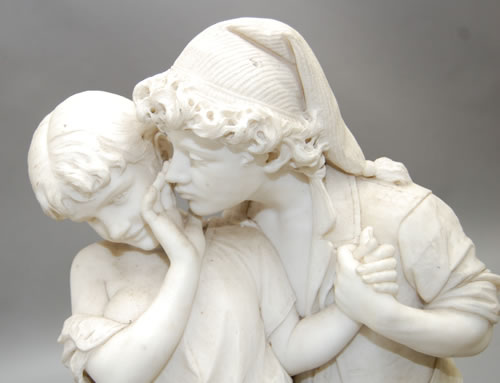