William Sergeant Kendall (1869–1938) was an American painter and occasional sculptor who is chiefly remembered for painting his wife and three daughters.

After studying art in New York City, he enrolled at the École des Beaux Arts in Paris from 1888 to 1892. He first earned fame for having a work accepted at the Paris Salon and awarded an honorable mention. He returned to New York City in 1892 and taught painting to women at the Cooper Union from 1892 to 1895. Early in 1896 he married Margaret Weston Stickney, one of his students. They had three daughters: Elisabeth (1896), Beatrice (1902) and Alison (1907). Kendall also taught at Yale University, and was head of its School of Fine Arts from 1913 to 1922. In the fall of 1921, the Kendalls were divorced. In 1922 he resigned from Yale and sold his house; then he married his student and occasional model Christine Herter, aged 32, whom he had befriended when she was a teenager. The couple moved to an isolated, mountainous area near Hot Springs, Virginia, where Kendall continued to paint and exhibit until his death.

He used his daughters as models for many of his works, so during about 25 years he produced paintings of young girls. As there are several portraits of his family at different times—for instance The Artist’s Wife and Daughters (1906)—it is often possible to recognize the girls in his more allegorical paintings.

Pigtails in Paint has shown his painting Psyche (1909), which portrays his eldest daughter Elisabeth, aged 13.  At age 5, his second daughter Beatrice was the model for Narcissa (1907) (source of the image: MutualArt.com): 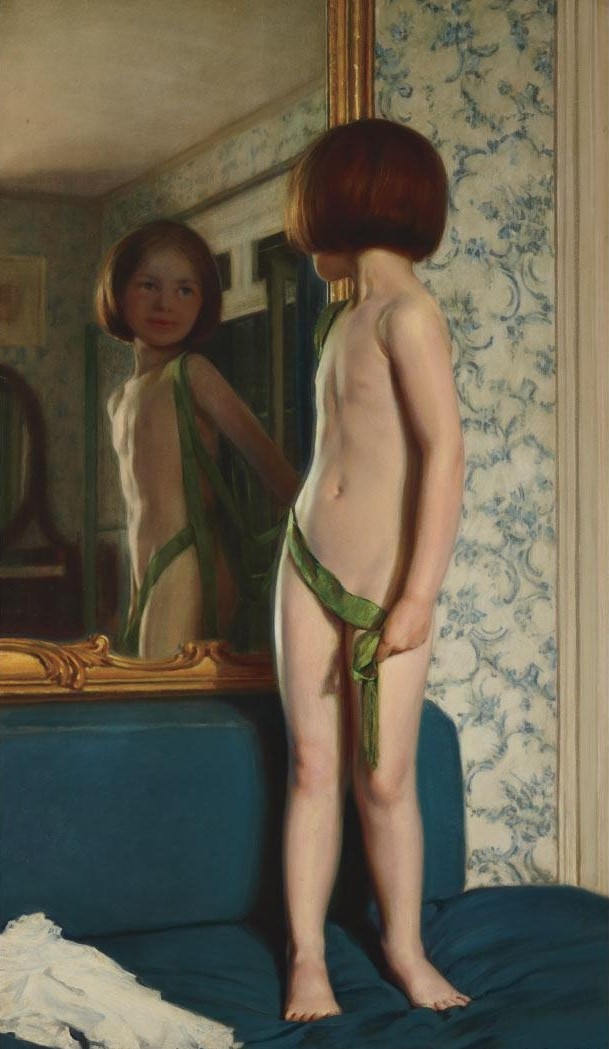 His third daughter Alison appears in two beautiful paintings. According to Brooklyn Museum, A Statuette is dated approximately 1914, but signed 1915 by Kendall; I would tend to agree with 1915, as the girl looks 8 years old rather than 7: 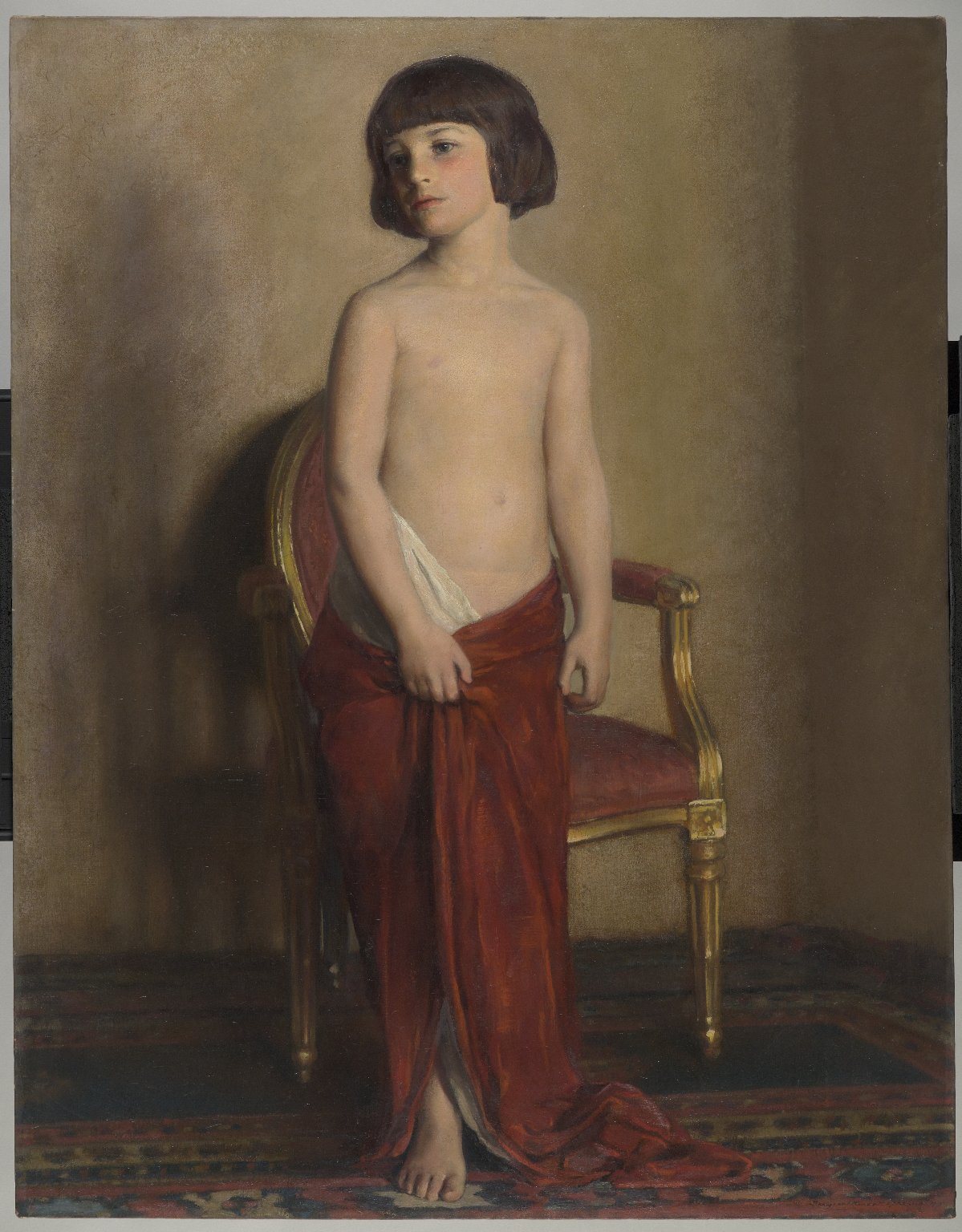 The second painting A Child was sold by A.J. Kollar Fine Paintings, LLC; they date it 1918 and say that it portrays Alison; indeed her appearance seems to match her age of 11: 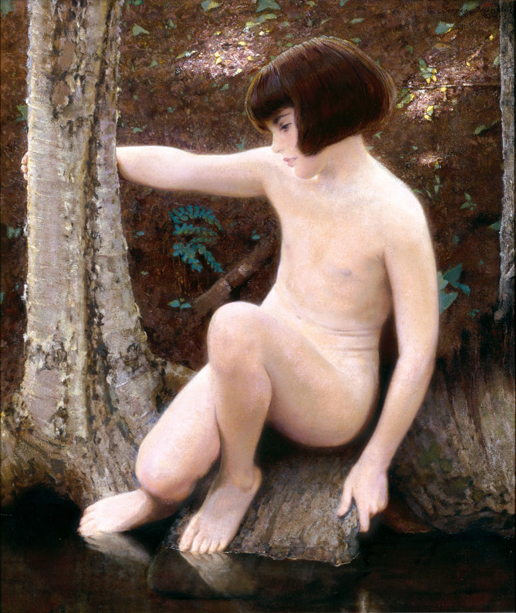 There are other girl paintings by Kendall where I do not recognize one of his daughters, for instance Crosslights (1913).

Anne Underwood Enslow, granddaughter of Elisabeth, has made a website on her great-grandfather William Sergeant Kendall. It contains many family paintings, identifying the people portrayed.

4 thoughts on “William Sergeant Kendall and his Daughters”