Friedrich Seidenstücker (1882–1966) is noted for his photographs of everyday life in Berlin during the Weimar Republic. Due to his sensitive handling of his animal subjects, he has a strong reputation among animal and zoo lovers, and his pictures of Berlin in ruins are a popular source of material for historians. 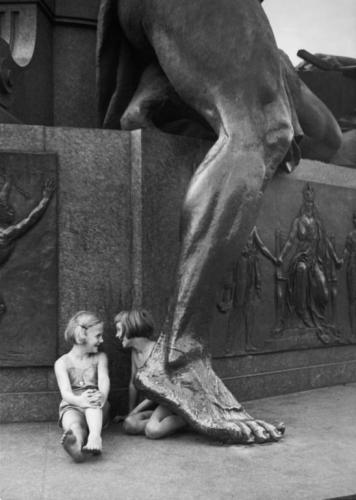 The national monument in this image was destroyed during the war.