Friedrich Karl Gotsch (1900–1984) was born near Kiel in northern Germany.  He spent some time in the military before studying art.  In 1919, he took private lessons from Hans Ralfs who introduced him to the work of Edvard Munch.  A year later, he had his first solo exhibition and to make ends meet, he worked as a graphic artist.  After traveling abroad (including the United States), he moved to Berlin in 1933, but the Nazi regime made things difficult and he was later drafted into the military as an interpreter.  After the war, he studied Picasso’s works and experimented with abstract techniques.  From then on, his work had the characteristic style of late Expressionism. 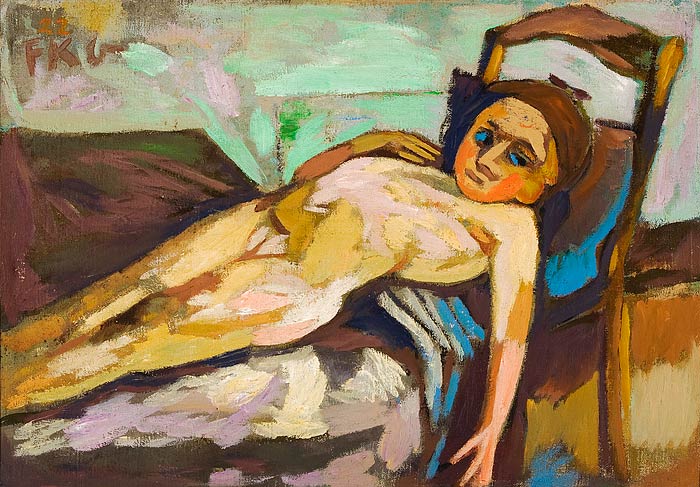