Let’s move away from French sculptors for a while and look at the work of an American sculptor, Chauncey Bradley Ives. Mr. Ives, who was born in 1810 in Hamden, Connecticut, worked mostly in the Neoclassical style. A favorite subject of this sculptor was the carefree little girl, reflected in his frequent use of a common artistic tradition: a revealing dress slippage. Today someone would probably call it a ‘nip slip’ but let’s not be crass, hey?

The first piece I could only find one image for and it isn’t a very good one. This little girl seems a little shy. Her dress has just started to fall down over one shoulder. She’s carrying a pouch of something at her side. What could be in it I wonder? 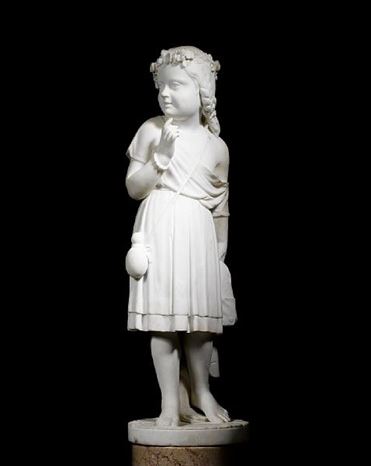 The next one is really my favorite. It’s called The Truant. There’s a little story here. She has skipped school to spend time alone at the beach, picking up shells and listening to the ocean in them as the breeze flutters her hair. This one would be nice submerged in a shallow little pond, with one foot gently splashing in the water! 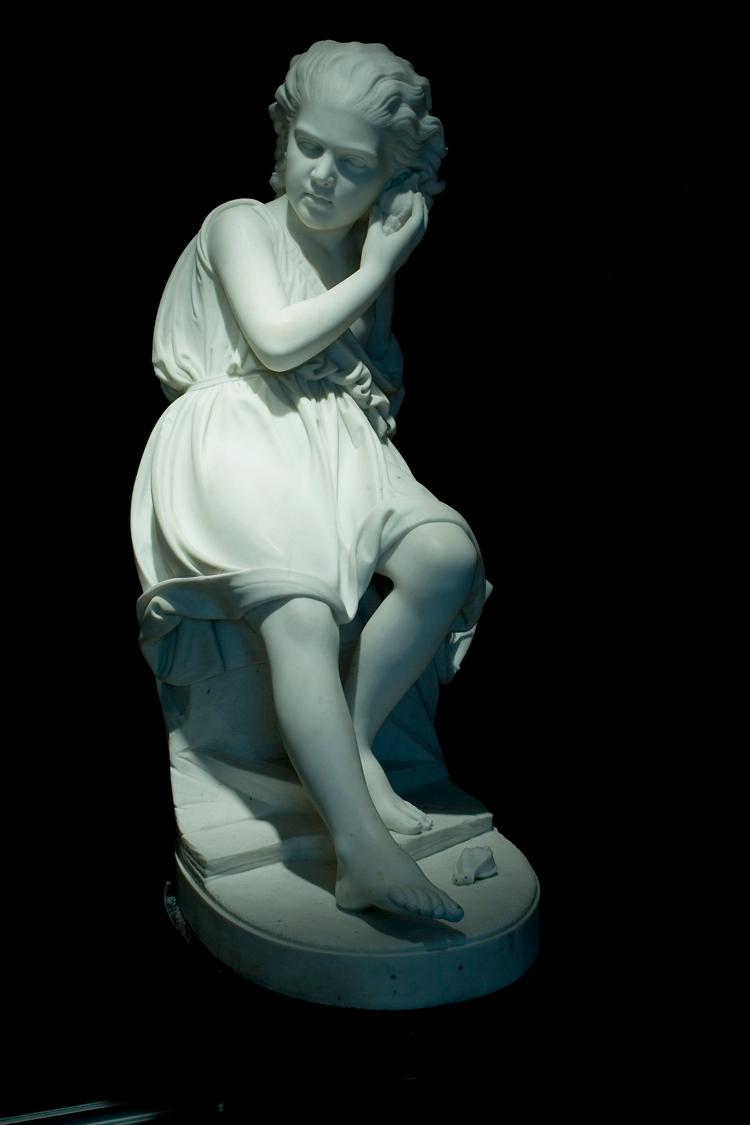 The next piece is very similar. It’s called San Souci, which means “without worry” in French. All these little girls with their dresses falling down might seem obscene to the modern viewer but they actually are supposed to put forth the idea that these girls are sexually innocent. They are unaware of their revealing state. It doesn’t matter to them because they have no knowledge of sex yet. The Victorian viewer would’ve understood this perfectly and it wouldn’t have been a problem for them. 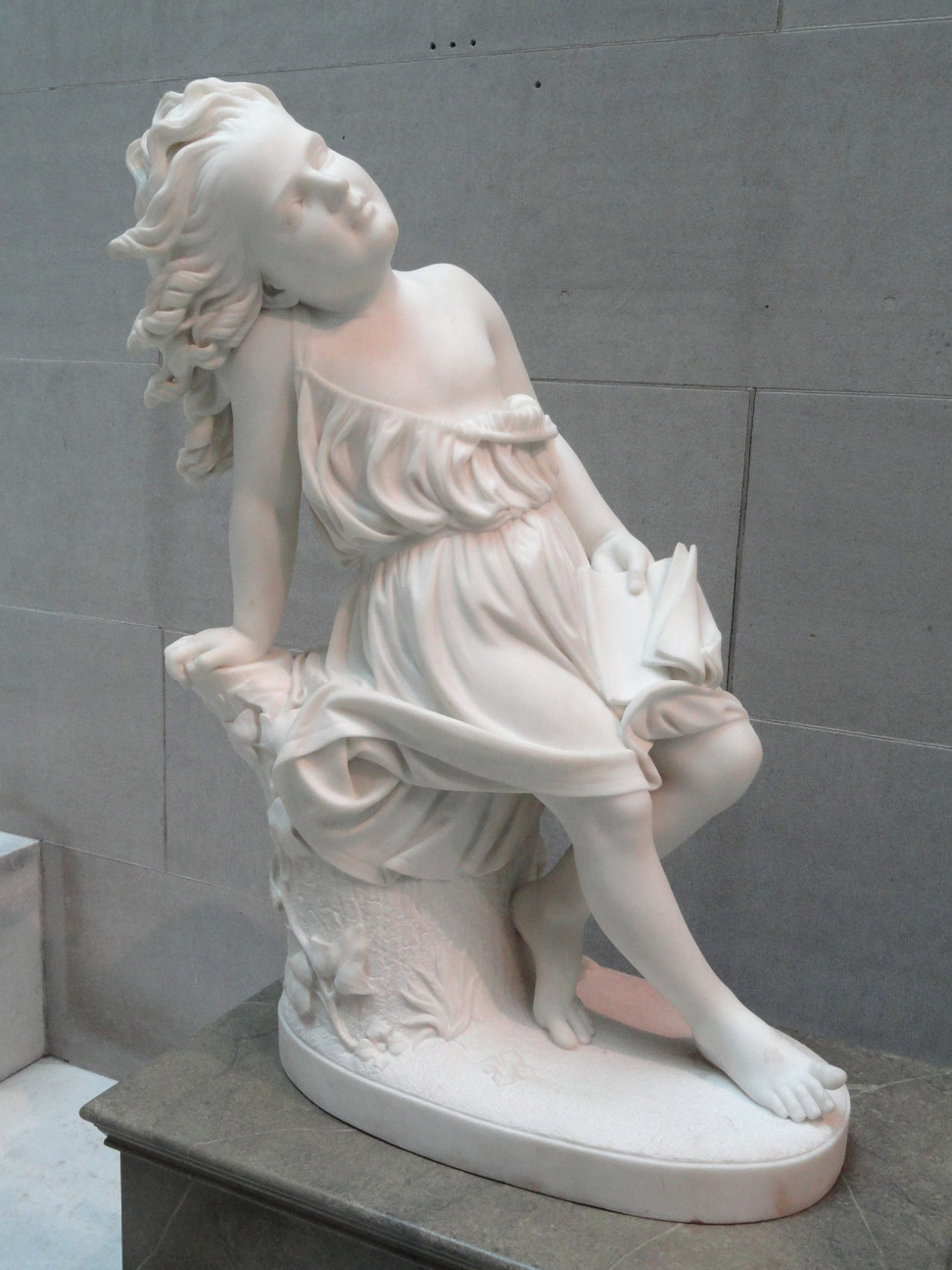 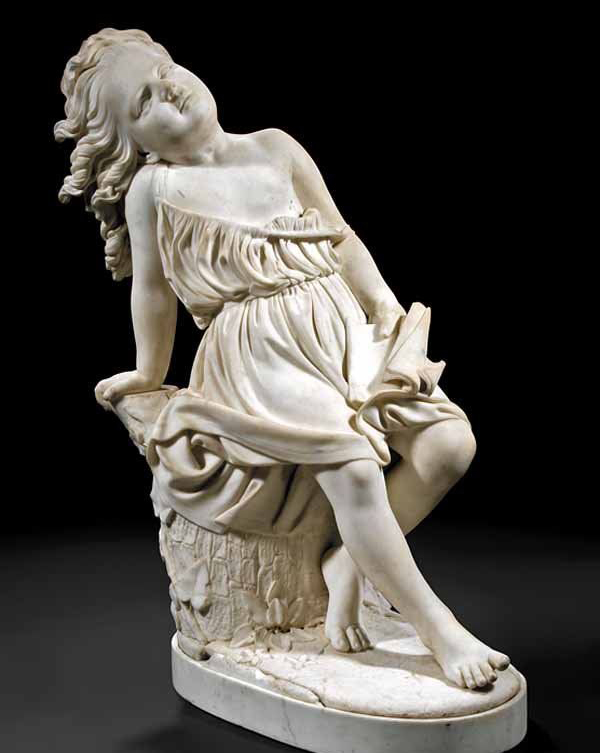 As well as his naturalistic, allegorical and mythological sculptures, Ives sculpted busts and full-length portraits of many notable people of his day. These include Noah Webster, William H. Seward, Jonathan Trumbull, Roger Sherman and Thomas Day, who wrote one of the earliest children’s books based on the ideas of Jean-Jacques Rousseau, called The History of Sandford and Merton. He moved to Europe in 1844 and lived and worked there for the rest of his life. He died in Rome in 1894.