The psychiatrist and painter Francine Mayran devotes her work to the victims and survivors of genocides of the 20th century. She uses oil painting on canvas, then covers it with concrete.

Some of her paintings are about children in the Nazi holocaust (see here and here). I have selected first her painting of Anne Frank (1929–1945), the famous Jewish teenager known for her wartime diary, who died (probably of typhus) in the Bergen-Belsen concentration camp. 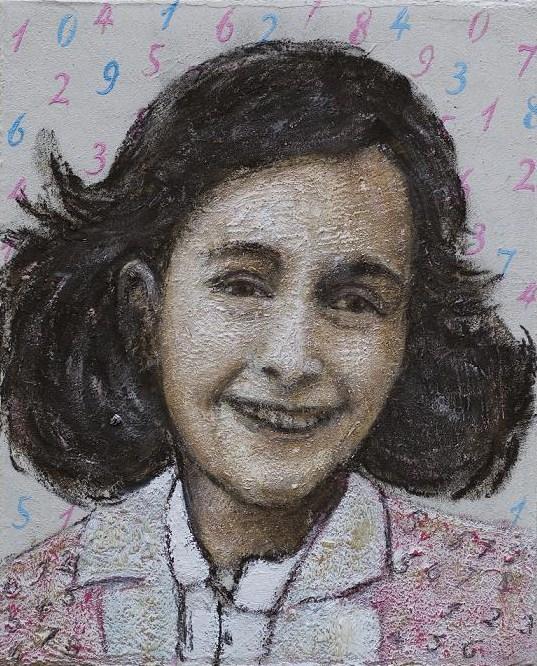 Next is Else Schmidt, a Roma girl about whom I know nothing. I would be grateful to readers who could provide any information about her. 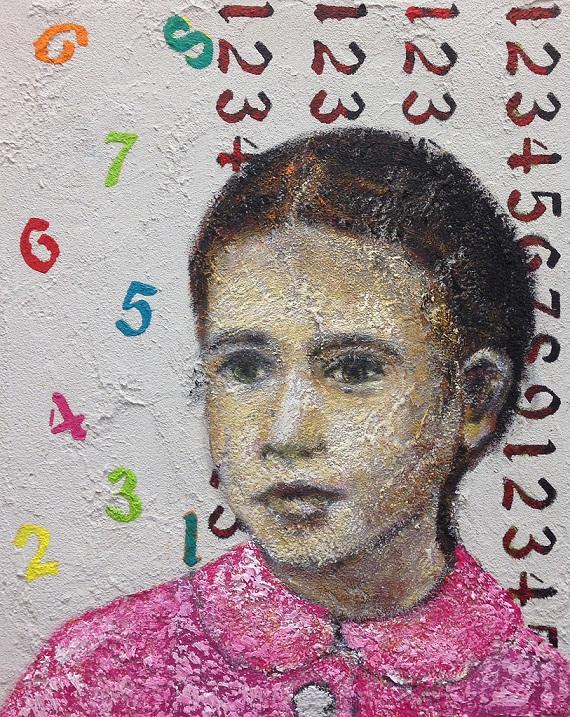 Mayran’s painting of the iconic Settela Steinbach (1934–1944), “the girl with the headscarf” who was gassed in Auschwitz-Birkenau during the “Night of the Gypsies”, can be seen on Agapeta.

I am collecting information on Sidonie Adlersburg (1933–1943), another victim of the Nazi holocaust painted by Mayran. She was a Roma foundling girl adopted by an Austrian family, the Nazis used deceit to snatch her from her foster parents, then sent her to Auschwitz-Birkenau, where she was contaminated with typhus and gassed. Any leads are welcome.